Genetic modification to save humanity is the order of the day for Netflix’ The Titan, as humanity teeters on the brink of destruction due to overpopulation. Science’s answer is nigh inexplicable: modify the “best of the best” humanity can provide to enable survival on the nearest inhabitable body in our solar system – one of Saturn’s moon, Titan – in order to allow our species to endure. Sadly, we’ve put our trust in Sam Worthington (Avatar, Clash Of The Titans) to lead us into salvation, his broad shoulders and constant confused expression leaving us feeling pretty much the same as him. The Titan had potential to hone in on the body-horror elements the premise elicits, to extract some measure of horror from Worthington’s slow transformation into something utterly alien to us (think The Fly, only without director David Cronenberg), but it all slowly, very slowly, goes horribly wrong. 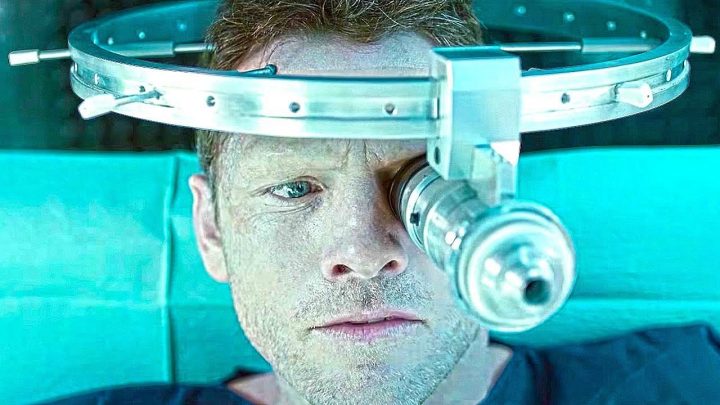 Worthington plays Lieutenant Rick Janssen, chosen by NATO and Professor Martin Collingwood (Tom Wilkinson – Batman Begins) for a super-secret experimental genetics programme to transform humans into super-men capable of living in the extremes of Saturn’s moon, Titan. In 2048, Earth is slowly becoming uninhabitable due to the ravages of overpopulation, and this experiment is basically a Hail Mary to save our species. Rick’s wife, paediatrician Abigail Janssen (Taylor Schilling – Orange Is The New Black) has concerns, but Rick alleviates them with dedication. As the test group undergo their DNA modification, each of them exhibit more and more extreme behaviour and physiological changes, with Collingwood less concerned with their survival and more with whether his experiments are successful. 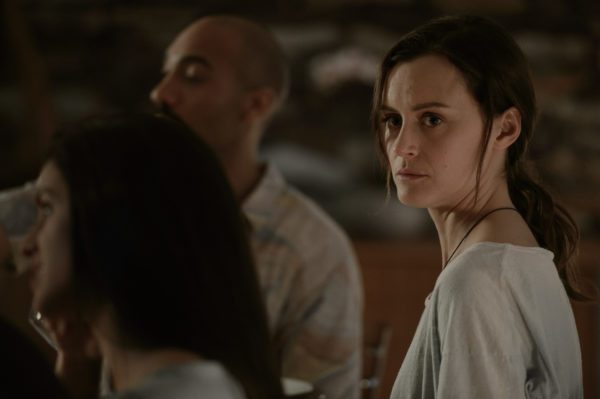 The Titan reminded me a lot of another film: Luke Scott’s 2016 sci-fi thriller Morgan. Both promise a lot and deliver little, both have elegant cinematography, and both have a protagonist who, despite the best efforts of all involved, aren’t as involving as they need to be to make either film work. Grand ideas make for interesting an premise, but in typically disappointing style, The Titan is inherently underwhelming. In his directorial debut, Lennart Ruff has a certain style to create an antiseptic sci-fi chiller, and the screenplay offers tenuous ethical subtext, but he can’t manufacture excitement in the viewer, and that’s the chief problem I encountered with this movie. The way the film is structured you kinda think there’s a capital-T twist coming (there isn’t) and the notion of humanity’s survival brings with it inbuilt tension for the scenario, while Taylor Schilling’s role as the beleaguered wife of Worthington’s guinea pig role holds the film together when it threatens to break apart, but The Titan is limited by budget and hides too many unique possibilities from view as it strives for some inexplicable idealised catharsis. 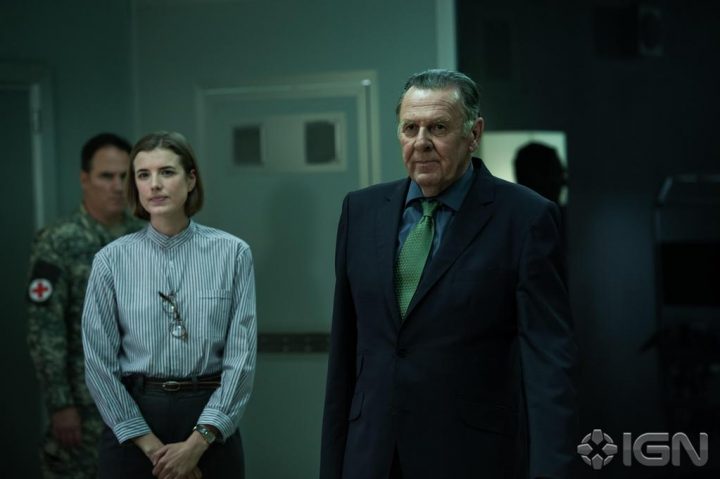 Putting it plainly, the film is boring. Uneven side characters and a refusal to show us any action (a lot of violence occurs off-screen, which is okay in small amounts but c’mon Lennart, show us something for Pete’s sake!) negate a lot of the ticking clock storytelling. Crucial to the film’s conflict is Wilkinson’s Collingwood, providing a catalyst for intrigue and mystery, and to his credit Wilkinson does his best to make ethical grey areas seem halfway reasonable. He’s just not in the film enough. Even headliner Worthington seems confused throughout, a half-baked character base shoddily constructed and unable to bring any sense of catharsis, resolution or inward examination to the role. Worthington has never struck me as a particularly emotive actor, not of the calibre of those supporting him in this venture, which plays into the sense that Schilling is the primary core emotional entry-point for this slow-burn thriller. The rest of the supporting cast, including Nathalie Emmanuel (Game Of Thrones) and aspiring model-turned-actress Agyness Deyn (Worthington’s co-star in Clash of The Titans), are wasted in nothing roles, bland, blank cliches designed as fodder for the inevitable body count in the film’s climactic final act. 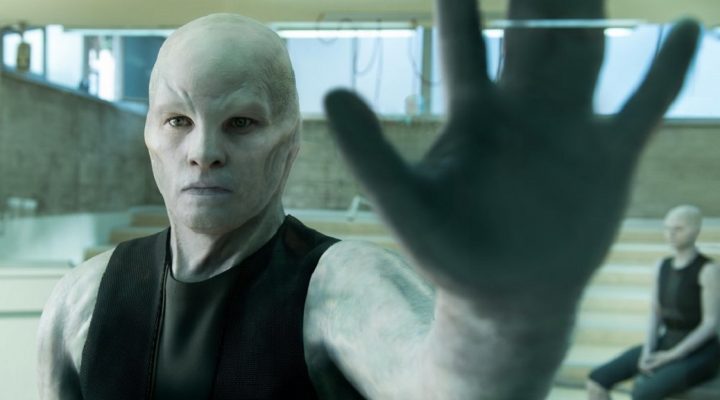 It even feels disingenuous calling The Titan a thriller, because the film really struggles ungainly to generate much tension or thrills at all. Elements of the genre’s staple story beats gasp for oxygen in this slow suffocation of intrigue by indifferent style. As mentioned, the cinematography and filming locations (much of the film was shot in the Canary Islands, which is where the film’s stunning landscapes bristle with alien-esque aesthetic) are beautiful, and evoke isolation and change paralleling the film’s plot. But visuals only take you so far: inevitably, the story and/or characters (or both, preferably) have to start some heavy lifting to give the viewer something to latch on to. The Titan’s sodden pace, uneven focus and timidity in exploring the themes it hints at but never expands on eventually limit its critical stature, resulting in a film that frustrates and confounds to its detriment.