Of the twelve short films he made under the Mutual Films banner, Charlie Chaplin’s The Vagabond – being the third and released in July of 1916 – is one of the more unique. For a film barely stretching 30 minutes, it transitions midway through from knockabout slapstick comedy into something a little deeper than that to which we’ve become accustomed from the filmmaker. Opening with typically bright sense of fun, The Vagabond becomes a melancholy romantic endeavour that subverts the first stanza and creates a sense of dissonance from Chaplin’s usual comedic motifs. Whether intentional or not, The Vagabond’s twee final ten minutes are a narrative diversion from an otherwise violent, kinetic venture into gypsies and kidnapping. 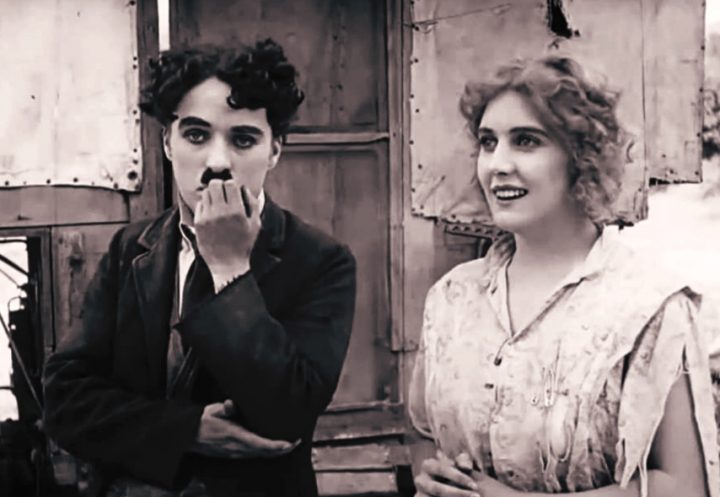 Plot synopsis courtesy IMDb:  After passing the hat and taking the donations intended for German street musicians the Tramp (Chaplin) heads for the country. There he finds and rescues a girl  (Edna Purviance) from a band of gypsies. The girl falls in love with an artist (Lloyd Bacon) whose portrait is later seen in a shop by the girl’s real mother. The mother (Charlotte Mineau) and the artist arrive in a chauffeured auto and offer Charlie money for his services, money which he rejects. 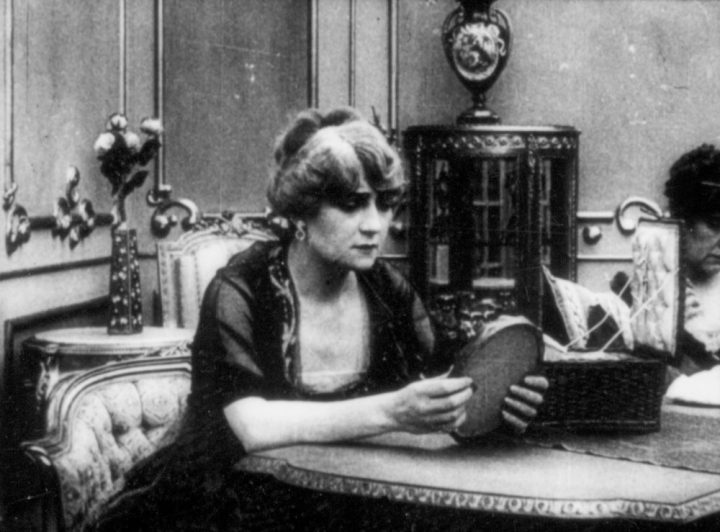 Chaplin’s craft as a filmmaker had cemented by the time he left Essanay Films and started his contract with Mutual in 1916. While he largely stuck to his well known comedic formula, creative freedom afforded by his contracts allowed him to dip a toe into alternative elements of cinema, and in The Vagabond that turns into romance. The Tramp character isn’t noted for his allure to the ladies, and isn’t an auspicious leading man in that regard, so to find him doing a subtle romantic comedy routine towards the end of the short is intriguing to me. 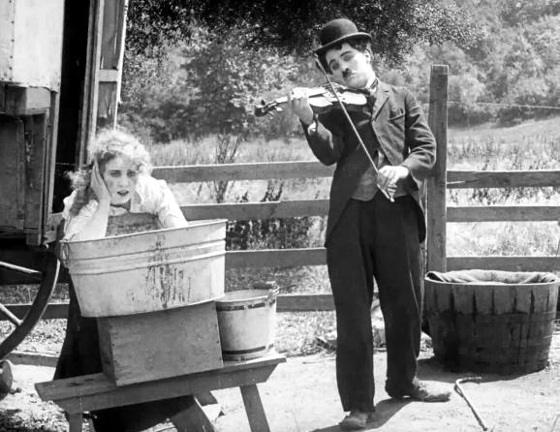 The short begins traditionally, with Chaplin in glorious physical comedy form – his encounter with a group of disgruntled street musicians and their dividends from passing around the hat elicits guffaws as they Benny Hill their way through the building’s various access points with increasing farce. Once the Tramp encounters the Gypsy Girl, played by Purviance in her most “uglied-up” role thus far, the film turns into an almighty violent gag reel of slapstick, pratfalls and of-the-period mugging to camera. Chaplin’s ascent up a tree with a cardboard tube masquerading as a block of wood made me giggle because the tube actually snaps midway through the scene and Chaplin does very little to conceal the fact. Eric Campbell’s bad guy turn as the Gypsy chief sees him simply wander about beating the snot out of everyone, including the girl and the Tramp, and he’s out of the film as fast as he’s in it. 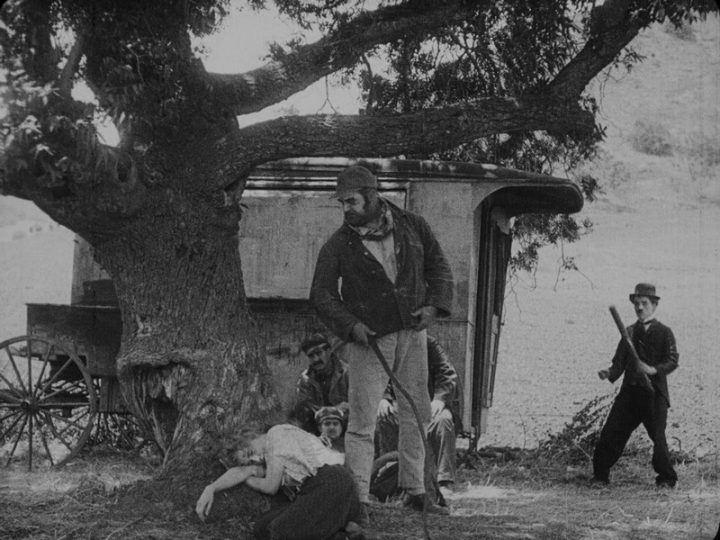 It’s the latter third, however, where things turn. The girl, who flutters her eyes at the Tramp (who has literally just saved her from another beating) before ducking off into the woods to collect firewood to cook breakfast, encounters Lloyd Bacon’s erstwhile artist and suddenly finds herself smitten with him. The pair return to the gypsy campsite where the Tramp is cooking food, and promptly ignore him, before the romantic triangle takes a pragmatic turn and has Purviance run away with the artist, before she suddenly runs back to grab the Tramp. Methinks a threesome? The film isn’t specific, and I apologise for spoiling it, but all jokes aside the romantic aspect to this sequence can’t be understated. There’s very little actual comedy in the last frames of the film, least-ways not from a story perspective, and Chaplin’s direction indicates a subtle acknowledgement from him that he may very well be capable of more than just the style that made him famous. 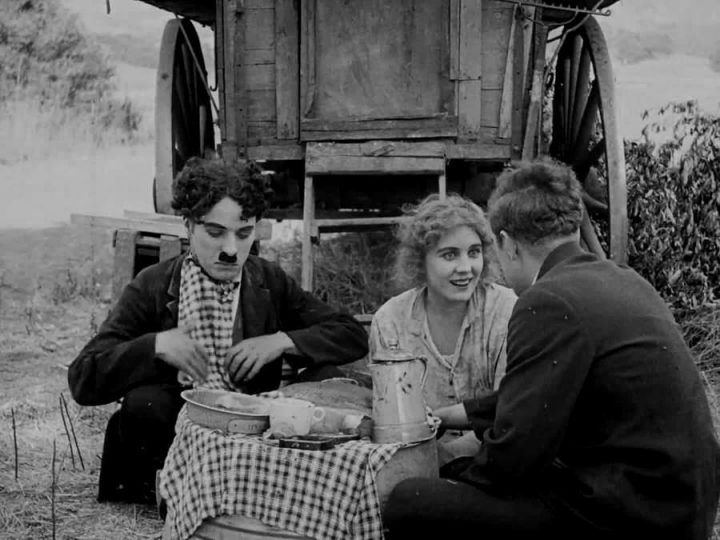 These competing story styles make for engaging viewing. The premise of the Tramp’s rescue of the girl, coupled with her seemingly sluttish ability to fall for two different men within about three minutes, as well as the inevitable “happy ending” as the film closes out, is different from any of the other films produced under the Mutual banner. While my appreciation for it might sound a touch overblown in the context of a sub-30 minute short, it shows that Chaplin wasn’t just a director of improvised comedic juxtaposition, but a man who could wring even the smallest humanity from more serious material. The Vagabond is a curiosity even though not the strongest overall film from Chaplin’s Mutual period, and worth a look for this tonal shift and the man’s development as a director.