I am not, nor will I ever likely be, a professional film critic. I doubt you’ll see my name on the aggregation sites or listed in catchy grabs on film posters, and frankly that’s probably as okay with me as it might be for you. For a tick over a decade, however, I’ve been writing film reviews in a semi-serious manner on this blog here, which has morphed and changed throughout the period to become my escape from daily routine into an outlet for my thoughts on the films I watch. In some sense, I am a critic, in that I apply critical thinking towards an art-form that, while a business, is at its heart a form of entertainment. Like music and literature, cinema has formed the cornerstone of modern society’s triumvirate of expression, with everyone from the likes of Steven Spielberg to the tiniest phone-camera owner now able to tell a story and release it to the masses. 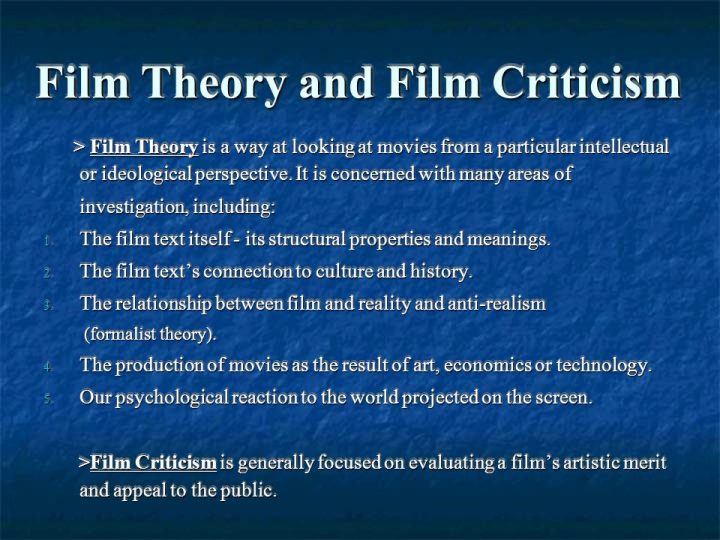 Discussion has surfaced in recent weeks about the legitimacy of some with regards to film criticism, and whether or not one must have a deeper understanding of the history of film to make a valid judgement on that latest blockbuster or independent film to hit the multiplex. The idea that any idiot with a social media account can state that Transformers 5 is the greatest action film ever made (hint, it isn’t) or that The Shape Of Water was a stupid movie about a woman fucking a fish-man (okay, it was, but that’s not the point) has created a bizarre middle-ground where the art of film criticism has become diluted to the point of redundancy. If everyone has a voice, then no-one has a voice: to wit, professional or semi-professional or hobbyist film reviewers (like myself) find themselves more or less screaming into the void. Look no further than the recent hideous toxicity surrounding Rian Johnson’s The Last Jedi for examples of this void being screamed into.

If you’ve visited this website any time since about three years ago you’ll notice I’ve made an effort to watch and review a lot more older, ideally silent films. I started an Alfred Hitchcock series a while ago (that I feel guilty mentioning because I haven’t revisited it in a long, long time now) because I was challenged to open up my film knowledge to areas I had little or no experience in. My youth was filled with films from the 80’s and 90’s, but I’d rarely gone back further than about the mid-1970’s in my appreciation of cinema because anything made before stereo sound arrived was (to me) old and crusty and not worth revisiting. Obviously, I was wrong, but as the old saying goes, “the greatest enemy of knowledge is not ignorance, but the illusion of knowledge”. My discussions with people on Twitter left me with two distinct impressions about my film knowledge. First, I was woefully underserved by limiting myself to only watching “modern” films, and second, that cinema from its earliest days could still pack a wallop.

I decided that if I was going to call myself a film critic of any professionalism (of which I had none), I needed to greatly expand my understanding and appreciation of cinema from all eras, not just the sweet spot of the films I grew up on. So I did. I watched silent films. Old Golden Age Hollywood classics. I started my Academy Award Best Picture series with Wings. I asked for suggestions. I took suggestions and listened to what people were saying about films. People who loved these older movies more than I ever did seemed to have more experience and knowledge of the artform itself, and I craved that kind of knowledge for myself. I don’t admit this easily but I often lurk on blogger sites just to read their stuff, even though I may not engage. I try and soak up the information or appreciation or critical thinking afforded by these outlets and use them to formulate my own opinions on said films, as they arise. I compare and contrast. I look for something different in cinema than I used to. 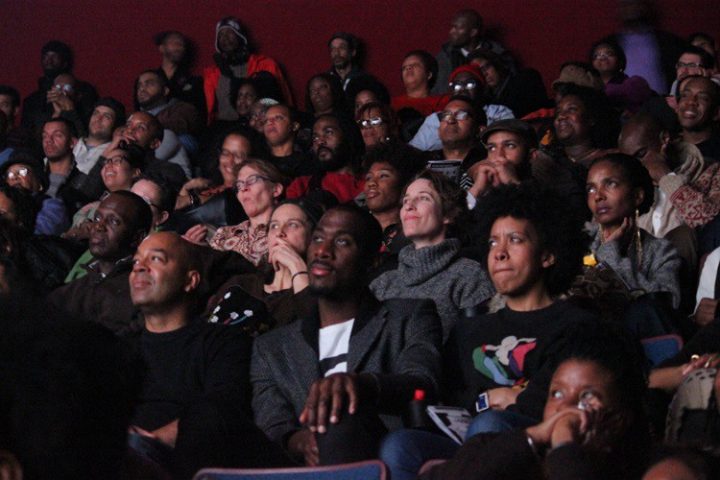 I’ve noticed over the few years I’ve been trying to broaden my approach to cinema that my appreciation for story and character over explosions and gratuity has changed. I still enjoy a cheesy blockbuster, but I don’t devour it with the same ravenous appetite I did in my twenties. Armageddon still holds a place in my heart, but the difference is knowing it’s not a great movie and thinking it’s not a great movie and not trying to smash those two beliefs together. Do I think somebody who studies film – I never went to film school or did a university degree in media studies, so I’m entirely self-taught – has a better understanding of cinema lore and function than anyone else? Perhaps, although moreso than the rabid voices on Twitter or Facebook they’re able to articulate the formula behind a film being good or bad, rather than simply say “it was shit” or “Rian Johnson ruined my Star Wars” or something.

I’m no professional film critic. I’m not paid to write reviews or watch particular films and deliver my verdict. I watch films because I love them, and I seek to understand them more and more. I write about them because that, well, that gives me pleasure. Writing about a movie I’ve found that you really should see is my way of giving back. That’s not to say we can’t argue about a film, either. 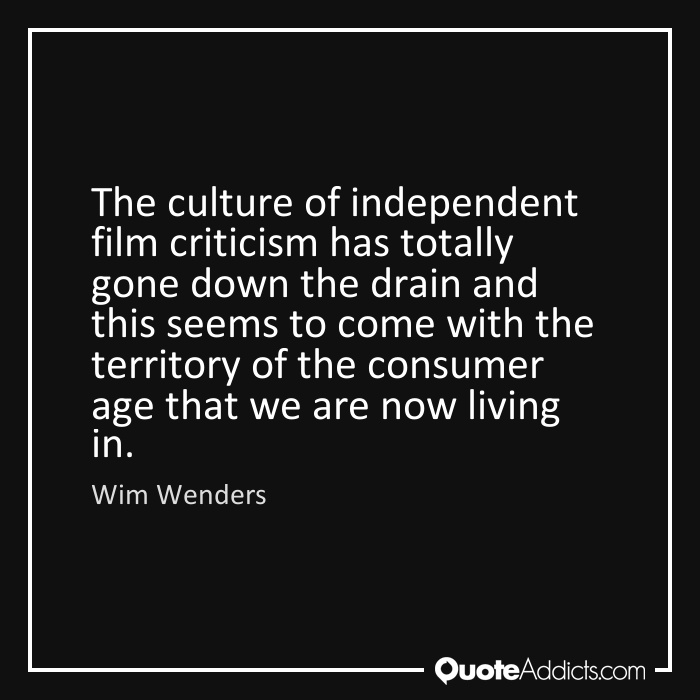 I recently touched base via social media with the director Rendel, a Finnish-produced superhero movie doing the rounds lately, because I didn’t like the film. I wanted to – I always hope I’ll enjoy a film I watch, unless it’s got Adam Sandler in it in which case nah mate – and I was profoundly disappointed by the film experience, so I reached out to the director and offered my appreciation for his efforts and my sincerest condolences that I didn’t like his art. It was a civil, pleasant conversation in which I acknowledged that my lack of enjoyment might say more about my viewing expectations than anything the director touched on, but that I still wished him the best and was interested to see what he did next. I believe he appreciated both my candour and honesty. Any good artist wants feedback – good or bad – because it drives their motivation to improve. You want to see filmmakers thrive, you want to see them succeed, because success breeds more success, and we all win. 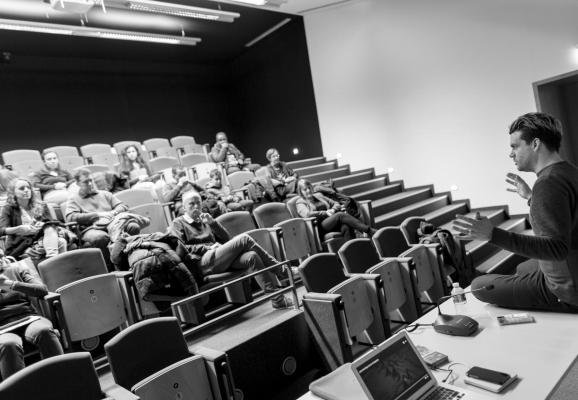 As critics our mission statement is to provide an honest assessment of a piece of somebody’s life as a form of entertainment, whether that’s good, bad or indifferent. Some do it via video reviews, others write blogs, and even more do podcasts and radio shows. Some are paid to do it, the vast majority online aren’t. Having an understanding of the craft of cinema is crucial, nay essential to a good critic’s arsenal of arguments. Having an appreciation for cinema history, whether you enjoy it or not, will provide a more mature, well-rounded and reasoned introspection for your work in critiquing other movies. Having lived both lives, I’m certain of this. You can always tell the difference between somebody who has only seen films since the year of their birth, and ones who’ve made an effort to explore all facets of cinema. It shows in their writing. Twenty years ago I’d have never dreamed of sitting down to watch a bunch of Charlie Chaplin silent short films. Or the obscure works of Hitchcock, or DW Griffith, or Abel Gance. Titans of yesteryear whose films resonate beyond their production date and are legitimate masterpieces of storytelling. Foreign language films. Independent, low-budget films. Today, I actually look forward to these experiences.

I would never claim to be an expert, but I’m trying damn hard to open myself up to new (to me) experiences with cinema, from silent films to obscure sub-genres and everything in between. I hope it’ll make me a better critic. I hope it’ll allow you to trust my informed opinion.

2 thoughts on “Critical Thinking: The Business Of Film Review”