Principal Cast : Adam DeVine, Alexandra Daddaro, Shelley Hennig, Andrew Bachelor, Robbie Amell, Noureen DeWulf.
Synopsis: Noah spends the perfect first night with Avery, the girl of his dreams, but gets relegated to the friend zone. He spends the next three years wondering what went wrong – until he gets the unexpected chance to travel back in time and alter that night – and his fate – over and over again.

A Groundhog Day clone that’s as light and fluffy as modern rom-coms get, sold on the strength of Pitch Perfect star Adam DeVine’s leading man status (which isn’t that strong, I’ll admit) and the glorious presence of Alexandra Daddario, When We First Met is risk-free chuckles and a stumbling third act that doesn’t know when to quit. Parlaying PG-rated Hot Tub Time Machine comedy, a dash of Back To The Future (tip o’ the hat to the Huey Lewis riff included within) and DeVine’s wears-thin-quickly screen persona into a 100-minute background-noise comedic venture seems like a license to print money (or whatever Netflix get by way of dollars for this thing), but the sense of emotional heft is far larger than its structural foundations can possibly support. Throwing every trite formulaic cliche at the screen and seeing what sticks isn’t the way to do it – which is what this film does – but for those seeking pleasant enough, undemanding viewing with a sweet-natured vibe, you could do a lot worse. 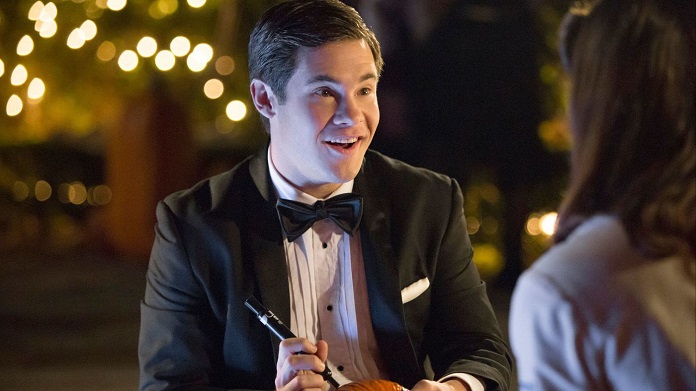 DeVine plays Noah Ashby, a business-school dropout working as a lounge singer at a New Orleans jazz bar, when he bumps into Avery Martin (Daddario), with whom he spends a terrific first night of friendship. Hoping for more than friendship, Noah stumbles into a photo booth and discovers he can travel back in time, specifically to when he and Avery first met, and alter the course of his own destiny. His relationship with Avery, as well as Avery’s best friend Carrie (Shelley Hennig – Unfriended), Avery’s eventual fiancee and husband Ethan (Robbie Amell), and Noah’s best friend Max (Andrew Bachelor), hinges a lot on the actions he takes in the past, with the “present” often failing to meet expectations, or meeting them and having alternative consequences he hadn’t considered.

When We First Met is nothing if not predictable. The wife and I spotted the film’s “clever twist” about 40 minutes in, and sure enough we were right. And we’re hardly every right. So you can take it to the bank that your instincts about the film are going to pretty much be spot on. The story ain’t particularly clever, what with its time-travel wish-fulfilment scenario having been practically done to death countless times since Bill Murray punched Steve Tobolowsky’s Ted Ryerson in the face in 1993 and set the gold standard for this kind of story – so much so, Groundhog Day has become a metonym for the premise. The script is cobbled by John Whittington, and offers a few moments of generic time-travel nonsense and general wit, but is largely formulaic and derivative, making the job of the actors that much harder to inject freshness into it. 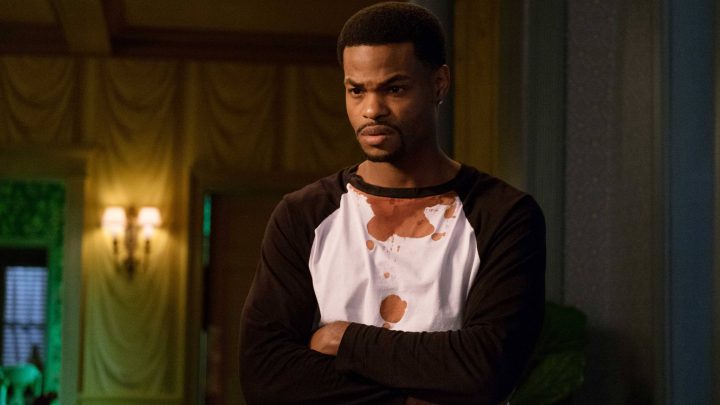 Adam DeVine’s role as cinema’s resident singing-acting superstar has yet to bear fruit outside the Pitch Perfect franchise, a series in which the young actor is mixed into a larger ensemble. Much like Sean William Scott’s Stifler in the American Pie films, DeVine has become the “breakout” star and has tried to push his career into leading roles such as this, largely to mediocre effect. DeVine’s screen persona feels a touch too on-the-nose to be honest, and his constant facial contortions and weird patter style of delivery don’t work quite as well as they have in the past. If anything, he wears out his welcome as the leading man relatively quickly. He’s not terrible, but the script and lengthy denouement the film’s saddled with don’t help.

Daddario, as always shines – America’s answer to Alice Eve, in my opinion – and while she’s the Token Female Love Interest and Resident Hottie of the film, she gives the role at least some intelligence and doesn’t just feel there to make up the numbers. Shelley Hennig, as Avery’s friend, is also sweetly injected into the plot, and has a significant role in Noah’s journey to the closing credits, but neither Hennig nor DeVine feel like they belong together on screen. They feel indifferent to each other, and that’s problematic because… well, reasons. Great supporting roles by Andrew Bachelor, as a sly dawg Max, and the chisel-jawed Robbie Amell, allow DeVine to bounce off the beautiful people in clever moments, but are resolutely underutilised. 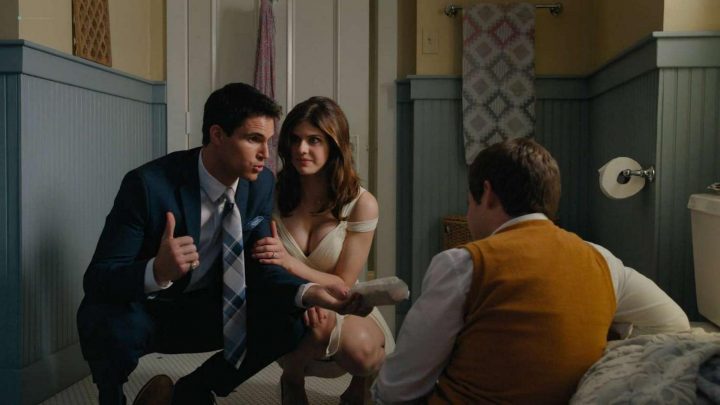 Also underutilised here is an adequate job in the edit bay. Even at 100 minutes, When We First Met is about 20 minutes too long, and then some. The film starts off weirdly, taking an age to set-up its characters and basic core premise, and then gets far better once Noah begins his time travelling exploits and the groove is settled, but then it all comes to a screeching halt and essentially dies midway through its protracted final act and conclusion. Somehow, director Ari Sandel (West Bank Story – Oscar for Best Live Action Shot, 2006) completely botches the ending of this one, actually having a decent ending and then making the bizarre decision to actually go one step further and extend the film beyond tolerable limits. It’s a crucial decision, and one ruinous to the film’s longevity, for had the film ended fifteen minutes earlier it would have been really decent and fun, but the anticlimactic fourth act undoes a lot of the enthusiastic work here. 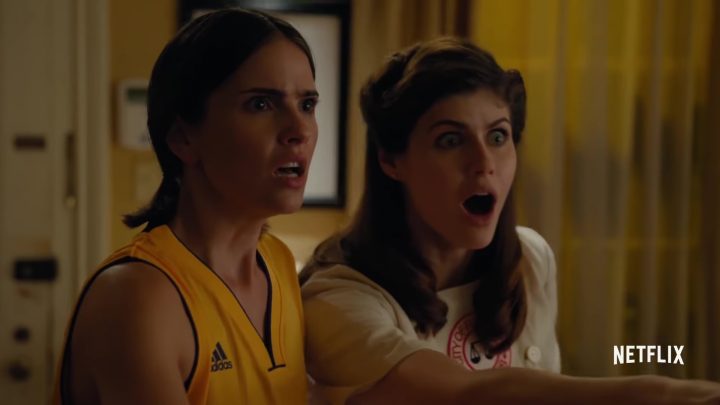 Look, this film was made for a specific demographic, and I’m obviously not that. Superficially funny (all the good stuff was in the trailers) and standoffish with its focus on a specific theme (the film tries to cover about a half-dozen different underlying thematic arcs in a single story), your mileage on this one will vary depending on your tolerance for DeVine’s rote performance style and the screenplay’s lack of decent, solid laughs. It’s undemanding filler, this film, which is disappointing or appealing depending on your mood. Caveats in place, I recommend it as a lazy afternoon of simplistic, inelegant cliches and generic, formulaic direction.

2 thoughts on “Movie Review – When We First Met”