Sometimes all you need in order to have a great time at the movies is to be given something different. Radius is a Canadian-funded project that offers a really cool premise, some nifty effects and set-pieces, and a better mystery box puzzle than JJ Abrams could ever come up with – heck, I’m half surprised this film wasn’t a Cloverfield anthology movie. Quietly contemplative, offering dissertations on memory loss and symbiosis, Radius’ eerie sci-fi subversion might stem from a low-budget origin, but its execution and impact is of the highest grade. It might not have been afforded a cinema release globally – the film is available on Netflix – but you could do a lot worse than check out this chilling little slow-burn thriller. 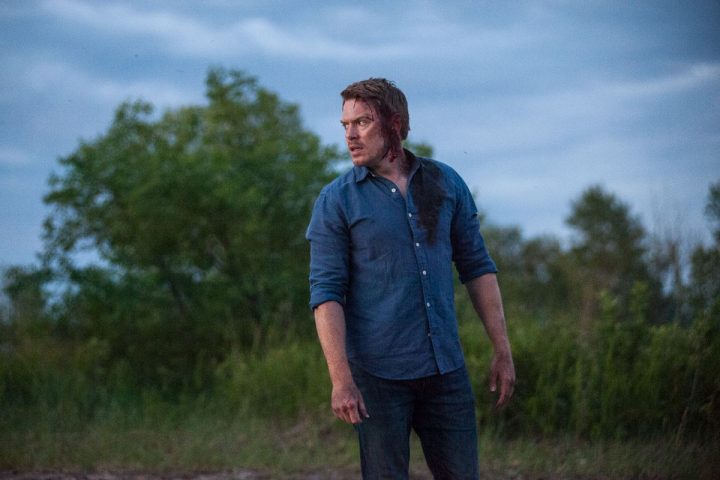 Plot synopsis courtesy Wikipedia:  Liam (Diego Klattenhoff – Pacific Rim) wakes from a car crash at the bottom of a deep ditch with no memory of who he is… As he makes his way into town, he discovers that anyone who comes within a 50-foot radius of him dies instantly. Out of options, he tries to live in seclusion to protect others, until one day, a woman comes up to him… and doesn’t die in his presence. With her arrival, Liam’s murderous power now seems to have subsided. The woman, Jane (Charlotte Sullivan – The Colony), is also amnesiac and looking for answers. Together they will embark on a journey to uncover who they really are, and what happened to them on the night of the accident…

Radius is one of those high-concept films that works a treat because the people behind it are heavily invested in the story. The kind of bomb-on-a-bus simplicity audiences can attach to immediately and still find intelligent offerings and themes within, allowing the film to become far more than the synopsis above might indicate. Written by directors Caroline Labreche and Steeve Leonard, Radius’ elegance of premise is encapsulated in the dual-leads performances, Diego Klattenhoff’s breathless Liam and Charlotte Sullivan’s more circumspect and rational Jane. The story deals with potential supernatural or extraterrestrial events that lead to Liam effectively killing anyone who comes within fifty feet of him, while Jane’s power is to nullify Liam’s deadly ability so long as she remains close. 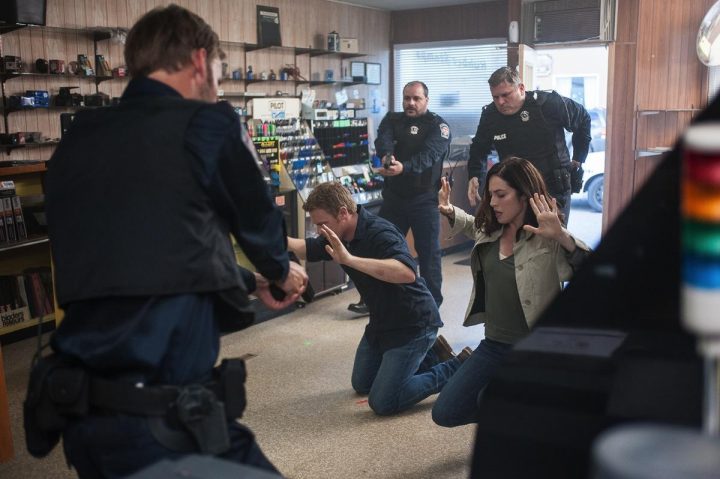 It’s an intriguing way to create an attachment dynamic – neither can remain separate for long without causing death and mayhem, so they must remain together, despite Jane’s discovery of a husband, Sam (Brett Donahue in a supporting role), who initially can’t handle their respective amnesia. The film unwraps its sweet, sticky centre slowly, giving time to build up both Liam and Jane’s individual personalities as well as their bickering chemistry together. Neither character is inherently a “good guy” cliche, they’re both eminently human, stuck in a nightmare scenario without the traditional methods of expunging themselves. They have flaws and issues that can’t be reconciled without loss, history that can’t be closed until acceptance is arrived at. The police, investigating the mysterious deaths Liam causes initially, make him for a terrorist or serial killer, and the manhunt for him and his “accomplice” begins. The story builds up its mystery of origin and resolution in a calm, often prosaic manner that feels disconcerting at first, but becomes rewarding with a kicker of a reveal that surprises while feeling natural. 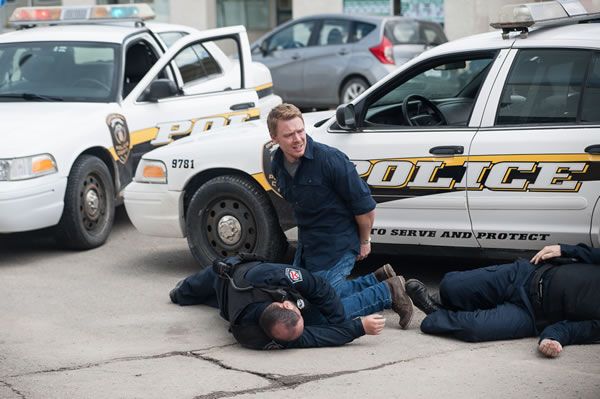 While obviously working to a smaller budget than larger Hollywood productions, Radius feels more potent than it ought due to the incredibly taut direction work by Labreche and Leonard, who keep things ticking along sweetly while maintaining the film’s insular focus. Scenes feel weighty and redolent of many hours in the edit bay, the tone of the film is best described as “haunting”, a cinematic X-File episode filtered through David Lowery, and the overall sense of melancholy loss echoes through much of the film’s narrative aspects involving Jane’s missing twin sister and Liam’s missing memory. There’s heft to this film, an intangible weight to things that this genre don’t always parse well. Kudos to both Labreche and Leonard for giving us people we can invest in with a mystery-enigma we can’t predict. 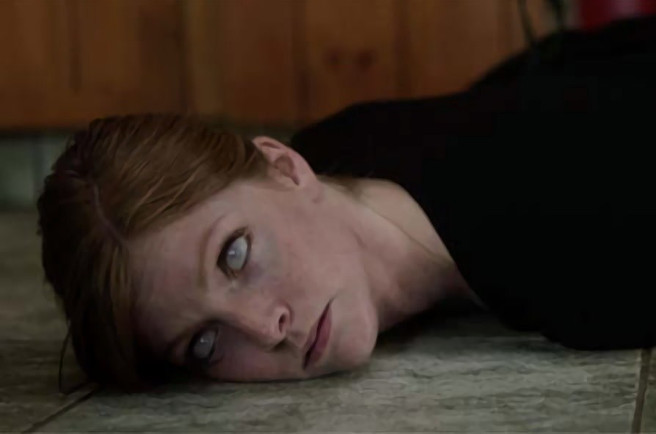 Radius is a slow-burn thriller that kicks you in the guts and doesn’t let you go. It’s a mind-trip of the first order, lacking only for the feel of a larger budgeted production to allow the gravitas of the scenario to widen and manifest. The concept of the film is electrifying – a “what would you do?” stinger – and the film subverts expectation by avoiding pitfalls and cliches along the way. Horrifying at times, thrilling at others, there’s great work happening in this film and I give it one of my highest “I was surprised by this film” recommendations for you to seek it out.