Beware the dangers of buying a book franchise to turn it into a film franchise, only to come away with one of the worst cinematic abortions to grace the screen since John Travolta rocked dreadlocks in Battlefield Earth. Fifty Shades Darker is the sequel to 2015’s rancid flesh-toned stinker Fifty Shades of Grey, a BDSM-themed potboiler bereft of both coherence or characters anyone gave a shit about – people searching for strong feminist overtones were hoodwinked by a barely-there salaciousness only enhanced by the two leads’ apparent hatred of each other. AS before, Darker is based on a novel which is itself based on ghastly Twilight fan-fiction, and writer EL James’ sprinkling of dominance and submission somehow gave both the original film and this sequel (filmed together with the upcoming Fifty Shades Freed) a sense of tricksy taboo titillation that drew in women across the globe. In an age of the #MeToo movement and the schism for women’s rights there’s few who could argue the Fifty Shades franchise has any place in it with a straight face. So, for sake of completing the triptych of inordinate trash cinema, I dove headlong into Fifty Shades Darker to see just how shitty this whole enterprise could get. 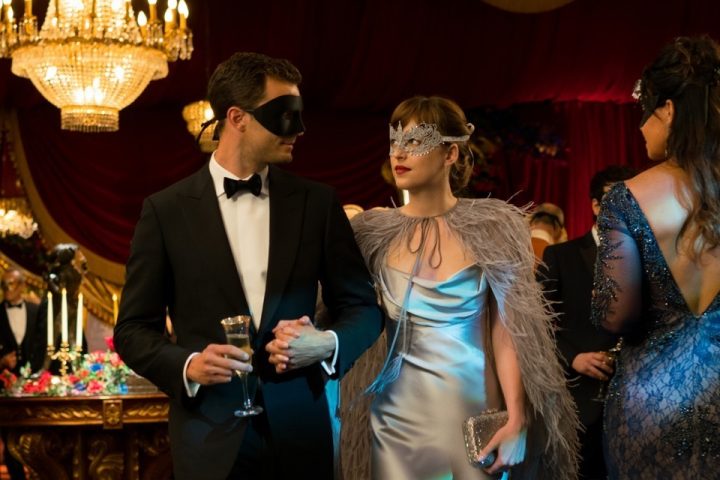 At the end of Fifty Shades Of Grey, Anastasia Steele (Dakota Johnson – Need For Speed) has left dominant boyfriend Christian Grey (Jamie Dornan), and taken up work for Jack Hyde (Eric Johnson – Legends Of The Fall), a publisher at an independent Seattle magazine. Beset by nightmares about his childhood, Christian seeks out Ana once more, and the two rekindle their relationship, although ostensibly with “no strings attached”. Ana is stalked by a former girlfriend of Christian’s, Leila (Bella Heathcote – Professor Marston & The Wonder Woman), who suffers from mental issues stemming from being his submissive. As Ana and Christian try to move beyond their initially kinky history, Ana grows to know more about her lover’s past, his family and work, a factor which causes conflict in their relationship and asking her to question whether Christian Grey is a man worth pursuing. 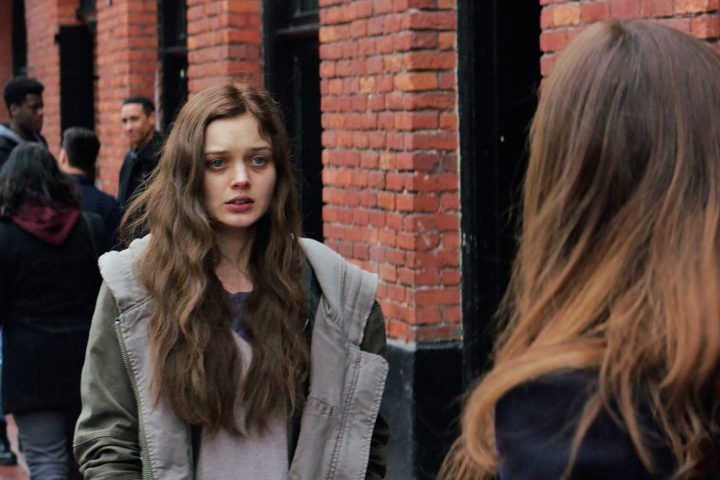 Dear lord, it doesn’t get any better. My chief criticism of Fifty Shades Of Grey (aside from the fact the film even exists) is the writing: EL James’ characters are hideously ill-formed, and the screenplay here by Niall Leonard is up to the task of making both Ana and Christian even worse than before. Awful dialogue that hits sour notes every few moments and risible character “development” makes this indifferently un-erotic snooze-fest so indefensibly crass and tone-deaf it beggars belief. Po-faced delivery of such iniquitous dialogue doesn’t help, and while neither Dornan nor Johnson are terrible actors per se, they’re horrendous in this. Having such inane exposition to wade through, and cantilevering character traits that feel superficial rather than well honed, make for uneven and indifferent performances no matter how hard director James Foley may try and spice things up. A sequence in which Christian inserts two silver balls into Anastasian’s nether regions, and her reaction to them… er…. going in, is basically me watching this movie. Appalled. 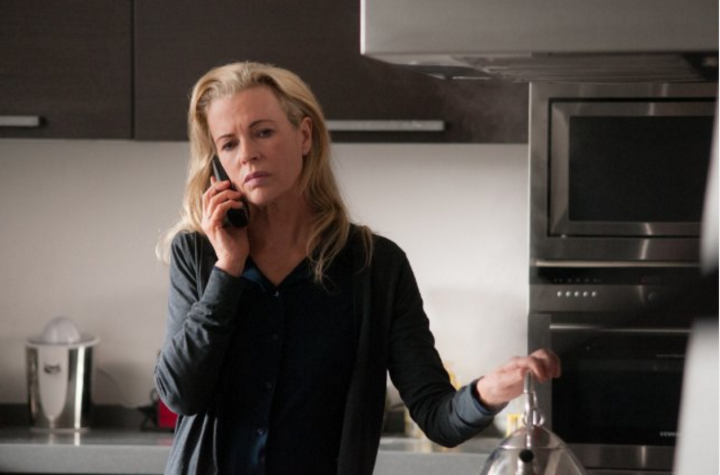 Honestly, Fifty Shades Darker is about as sexy as juvenile diabetes. For a franchise sold on the premise of good ol’ sexy time, the intimacy here between Johnson and Dornan fizzles when it should ignite passion, and the two engaging in sex have as much eroticism as a global financial crisis. Foley, the director who once gave us Glengarry Glen Ross and Fear (among others) has stooped to schlock cinema to further his career, and aside from making everything look crisp and beautiful, the film has zero heart. As with the original film, I felt literally nothing for either Anastasia or Christian, making them the textbook cases for wooden acting and dire characters for the new millennium. I’m not a lover of the Twilight saga in the way some are, but even I can appreciate at least Bella and Edward’s attraction, formed by decent performances; unfortunately, their kinky offshoot avatars, Ana and Christian, lack the most basic form of lust and consequently look utterly stupid cavorting with each other when the “script” calls for it. The additions of screen luminaries like Kim Basinger, and the consistency of Marcia Gay Harden (both of whom know better than this) is like using valuable ornaments to prop up a collapsing edifice, and almost nobody gets through this miasma without looking utterly bored.

Touching in at over two hours of screen time, Fifty Shades Darker has to accomplish a lot in order to draw the viewer in. It’s a film incapable of doing that; it’s a film incapable of doing much of anything really, other than wasting you time. Unless you like the kind of soapy, melodramatic trash cluttering daytime television screens across the world with glimpses of boobs and bums inserted at random moments, Fifty Shades Darker is thematic garbage and utter tripe of the highest magnitude. The elements of Anastasia’s submission to Christian, to his emotional grifting of her in order to please his own shallow stagnation, are cringe-worthy at best, and downright dunderheaded at worst. 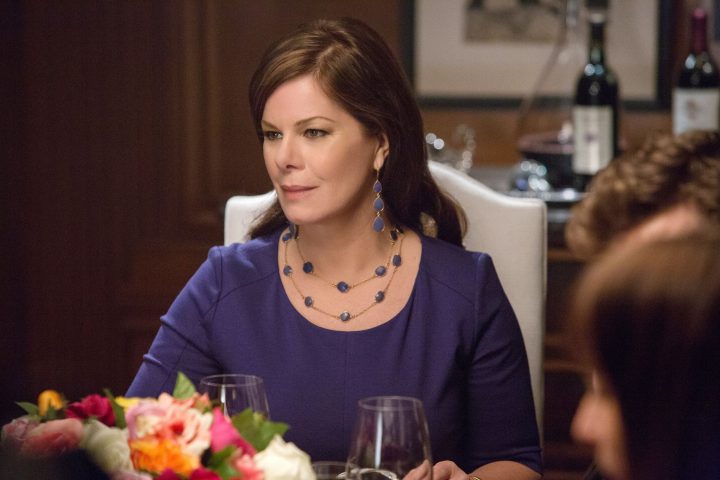 The whole tone of this thing is wrong; whether you subscribe to this kind of kinky relationship stuff isn’t the issue, the issue is how well it’s handled by the screenwriter and director: the nett result of all this sweaty sex and manifest reciprocity of emotional catharsis is obtuse incoherence. This saga’s three film arc isn’t worth the celluloid it takes to present it, and it’s most definitely not worth the time to watch it. Fifty Shades Darker is like watching a woman return to an unfaithful or abusive partner; it’s all I could do not to reach into the screen and pummel all involved myself for being so stupid.