William Marston (Luke Evans – The Hobbit: The Desolation Of Smaug) is a lecturer at Harvard College with his wife, Elizabeth (Rebecca Hall – The Town, Transcendence), studying human behaviour in their research of developing an accurate lie-detector test. The hire a research assistant, Olive Byrne (Aussie actress Bella Heathcote – The Neon Demon), the niece of famed birth control women’s rights advocate Margaret Sanger, to assist, only to discover that William has fallen for the younger girl, while Olive has fallen for Elizabeth. Told through flashback as the subject of an inquiry by the Child Study Association Of America, the Marston’s behavioural studies, use of controversial and taboo subject matter in children’s literature come under deep scrutiny, contrast against their interpersonal relationship and attempts to understand the human soul through science. 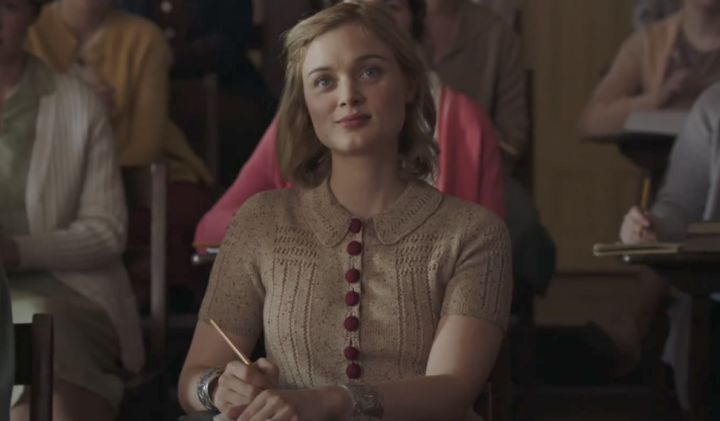 Progressive sexuality in the early part of the 20th Century was considered by many to be regressive, so much so that comic books, then a popular form of “children’s entertainment” became the focus of that country’s puritanical advocacy groups hoping to thwart a generation of reprobates. The Wonder Woman comics came in for a lot of attention due to their depiction of the central heroine’s use of ropes and suggestive actions, from her magic lasso to tie up enemies and her use of the phrase “suffering sappho”, eliciting a vaguely suggestive theme of lesbianism that angered conservative pundits. Hauled over the coals by Government oversight, Marston was forced to justify his creation to those seeking to tear the comic book industry down, with his boss, All-American Comics founder Max Gainer (Oliver Platt) badgering him to simply play ball and tell them what they want to hear. 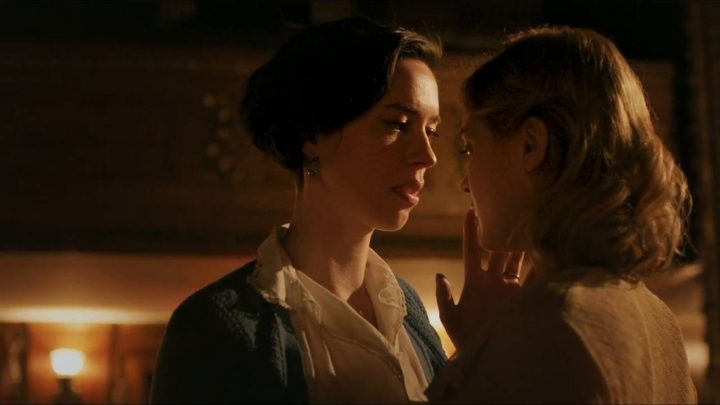 The film works wonderfully in flashback form, following a young William and Elizabeth’s exuberant natures regarding human behaviour. Rebecca Ferguson’s sharp-tongued Elizabeth is prone to cursing and not giving a shit about other people’s feelings, while William is a touch more circumspect towards those he teaches. Luke Evans’ work as the titular Professor Marston is excellent, offering the character as a gentle-natured, enthusiastic intellectual who sees nothing wrong with the fact he and his wife take in a mistress and live as a threesome. Olive, an intelligent and strong-willed young collegiate initiate, holds her own against the couple, offering tidbits of growth through their interactions and coming across as more than a match for Elizabeth’s snappy attitudes. 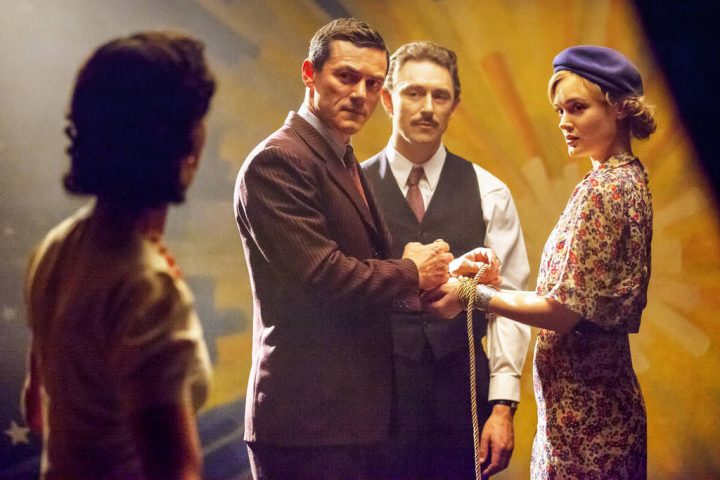 Written by the director, Professor Marston & The Wonder Women is less focused on the salacious aspects of the Marstons’ personal lives and hones in on the parallels with the character we would all come to know as a bastion of women’s empowerment. The dialogue sparkles – particularly Rebecca Hall’s abrasive Elizabeth, who gets to curse like a sailor throughout in one of the film’s more pleasing aspects – but the core of the characters is where the film truly shines. An examination on Marston’s DISC theory, that is dominance, inducement, submissiveness, and compliance, the film manages to straddle objectification and resonating love between three people with grace and strength. Robinson’s themes and use of Wonder Woman’s iconic appearance subtly inserted into the narrative feels natural. As a comic book fan the film offers a fascinating sidebar insight into one of the medium’s most enduring icons, and Robinson’s production design, use of old-style comic imagery (a lot of the early Wonder Woman comics are depicted here) is excellent.

For a film delving into kinky material like this, there’s a whole load of heart behind this that works magnificently. It’s carried by three truly terrific leading performances. Evans, as Marston, is convincing in his entreaty of women’s sexual power over men, and his nuanced portrayal of a man with two women in his life is rich and textured. Rebecca Ferguson’s Elizabeth is a powderkeg of unresolved sexual tension and dynamism, a character initially off-putting who becomes one of the most endearing of the film. Bella Heathcote’s work as Olive is equal to that of her co-stars, a timid yet supple and strong delivery of a woman caught between a marriage and social convention who becomes the focus of Marston’s creation of Wonder Woman. 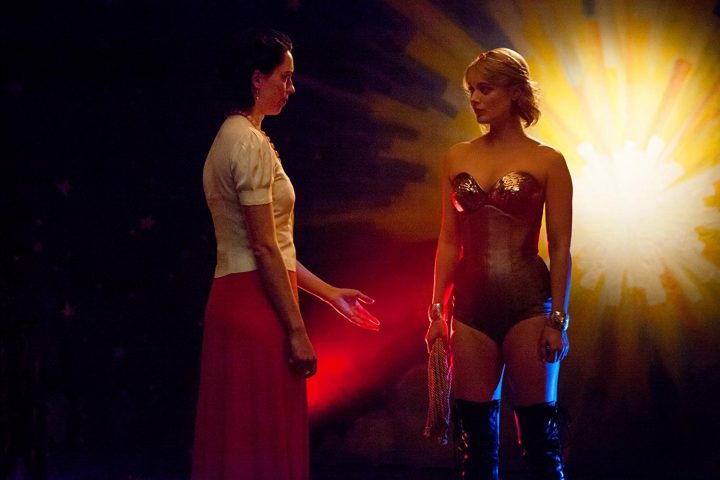 Behind the camera, the rich photography by DP Bryce Fortner is a standout, the drab grey of Marston’s interrogation offset by a luxurious brown-and-gold nostalgic tone employed for the flashback sequences. Tom Howe’s accompanying score for the film is also beautiful, a traditionally orchestral mix that elevates the already heady on-screen material. Professor Marston & The Wonder Women is a gorgeous film to watch, to allow to envelop you and to lavish itself upon you – dare I suggest that you ought to submit to its charms and let it take you away? Sure. Angela Robinson’s film is a natural accompaniment to 2017’s blockbuster hit Wonder Woman, offering a fantastic backstory that’s written with admiration and love of the subject and filmed in a manner that never feels salacious or perverse. Professor Marston & The Wonder Women is elegant, witty, emotionally coherent and above all, a testament to the love three people had for each other that goes beyond the borders of a comic book and makes for a compelling story in its own right.