Idealism is the forte of director John Ford, and his 1939 semi-fictionalised biopic about Abraham Lincoln’s early life, while variously potted and spliced with rudimentary truth, personifies this sense of mythology to the extreme. In what turns out to be ostensibly a courtroom drama, Young Mr Lincoln celebrates the “honest Abe” mantra so well known to us today by efforting to personify the man as a larger-than-life superhero, a man of Piorot-ian intellect and lawman extraordinaire, whether accurate or not. It’s an homage to a man regarded as one of America’s iconic Presidents, alongside Washington and maybe Kennedy as cultural landmarks in the country’s journey to greatness. Virtuous behaviour aside, Ford’s overly nostalgic piece of sentimental fiction plays up Lincoln’s enormous presence in the film – the man stood nearly 7 foot tall, and Henry Fonda’s gangly height is exaggerated by Ford’s use of framing and camera – as an early example of the ideal man on screen. In many ways, Ford preempted Harper Lee’s Atticus Finch by several decades, having Lincoln’s virtuous behaviour in the courtroom remain the core focus of the film. 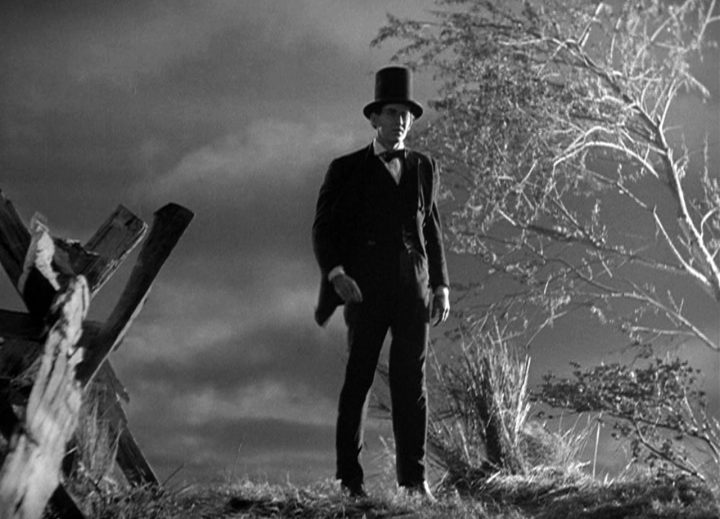 A young, very poor Abraham Lincoln (Fonda) is shaken by tragedy when a girl he loved (Pauline Moore) passes away suddenly, forcing him to take up the challenge of becoming a lawyer. Arriving in Springfield Illinois, Lincoln quickly makes a name for himself in town, before he’s called to represent two young men – Adam and Matt Clay (Eddie Quillan and Richard Cromwell respectively) – accused of murdering a local thug, Scrub White (Fred Kohler Jr). Saving them from being lynched, Lincoln questions the boys’ mother, Abigail (Alice Brady), before cross-examining each of the prosecutions witnesses. As the pressure mounts, a key witness, J Palmer Cass (Ward Bond) proves decisive in the outcome and to Lincoln’s eventual future as a politician. 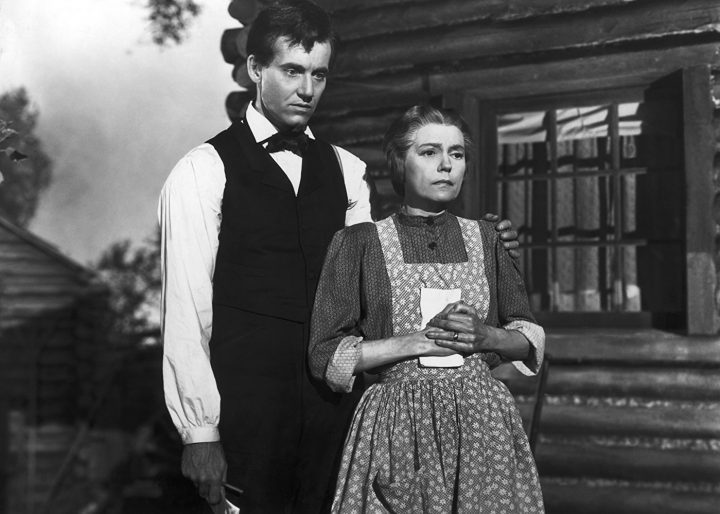 I won’t deny there’s an element of early 20th Century charm about Young Mr Lincoln, filtered through John Ford’s bucolic camera as a quiet, sensible, righteous young man looking to make his way in the world. With his lack of wealth affecting a corresponding sense of self-worth, Lincoln’s morally fortitudinous nature rises to the fore as he becomes lawyer-extraordinaire in this early “origin story”, written by Oscar-nominated Lamar Trotti. Trotti disposes of Lincoln’s flaws, making him about as goody-two-shoes as cinema can get, while Fonda is never stretched behind an obvious prosthetic nose to make him more… distinguished. 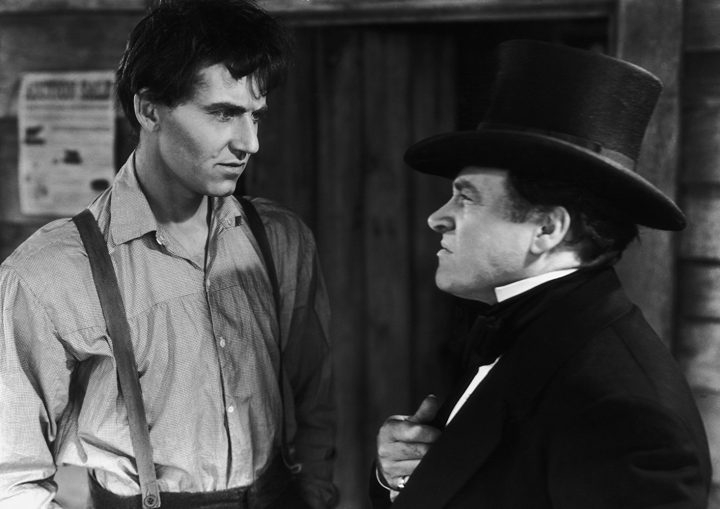 The story is bog-standard material, blitheringly sentimental and prone to eye-rolling nostalgic vignettes to propel the thin narrative to its inevitable rousing conclusion. Ford’s broad brush-strokes of Lincoln’s life feel like a greatest-hits album – heck, his romance with the ill-fated Ann Rutledge is given exactly one single scene and a divertive moment over her gravestone – before moving to the core story itself. The crime, a murder in the moonlight, effectively kick-starts Lincoln’s career as a lawyer, with his calm manner and measured approach to both the law and to facts, in spite of heavy local resistance, ensuring his persona as a dogged but assured orator remain intact. The film feels unwilling to burden Lincoln’s character with depth, content to skim the surface and make him simply present, offering little-to-no dirt or ragged edges in one of America’s greatest Presidential heroes.

Whether you ascribe to this kind of sentimental material or not, Young Mr Lincoln is at least a diverting entertainment thanks to the performances of the cast, notably the supporting characters around Fonda. Alice Brady plays the resolute mother of the two accused, whilst the accused themselves take little part in the actual film other than to really be present. Notable roles include Donald Meek (You Can’t Take It With You) as the Springfield prosecutor, Spencer Charters as the affable judge, and Ward Bond as the eminently creepy and oafish J Palmer Cass (who finds himself the butt of the film’s best joke), all of whom play their roles to the hilt. Meek probably touches too heavily on melodramatic farce, but everyone else plays it relatively straight. 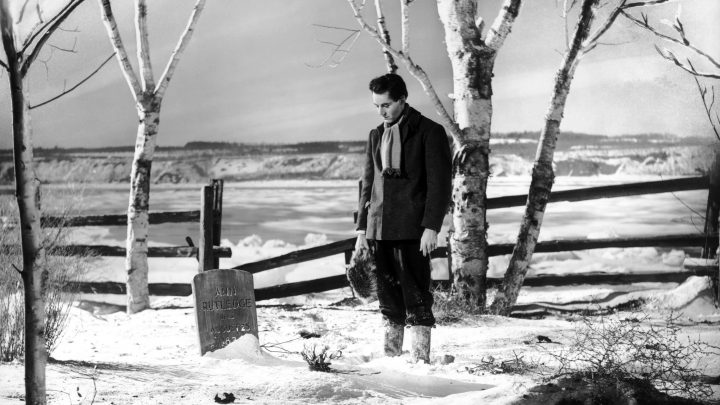 Fonda’s performance is stoic, resolute and devoid of any real charm. Sure, he’s pleasant enough as Lincoln, but you get the sense his performance is weighed down by the legacy the real man has within America, and it’s telling that the film seems disinterested in really uncovering the real Abraham Lincoln in favour of everyone’s favourite national patriarch remaining unattainably mythic. Humanising Lincoln would have worked wonders here but I never felt like I knew the man more by the end; this isn’t something one can lay at Fonda’s feet, because I think to a fault he does a great job with the material, but you never feel like he’s a man who might actually have existed outside what the history books suggest him to be. 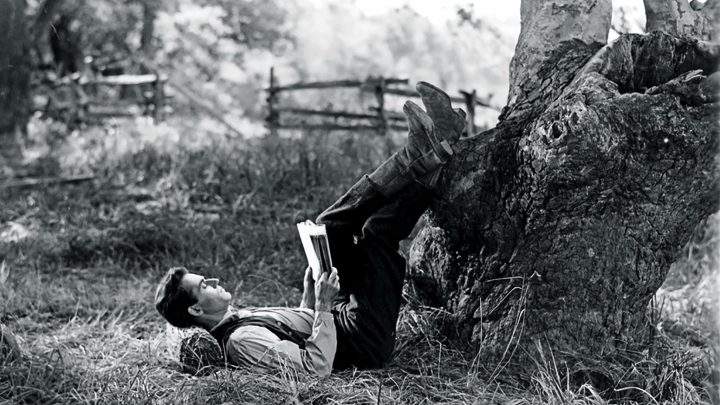 Young Mr Lincoln is a great proponent of Ford’s depiction of American exceptionalism; Lincoln almost falls into greatness by default, being Johnny-on-the-spot at a crucial time and giving himself an opportunity a poor fellow such as he might never otherwise have. While I’d have liked to see his nascent political career covered at least a little (an early scene sees him give a small speech about the Whig Party), the film’s focus on Lincoln as a young man is crafted with as little controversial material as possible. Directed with John Ford’s amiable style, well acted across the board and telling a story that’s mostly uninteresting in a way that makes it at least mildly entertaining, Young Mr Lincoln is a must for Ford and Fonda fans, and fans of cinema depicting America’s political titans.