Minor plot spoilers are included in this review.

The long-in-gestation sequel to Ridley Scott’s 1982 sci-fi cult classic has arrived some 35 years later, directed by French-Canadian helmer Denis Villeneuve (Arrival, Prisoners) and starring white-hot Ryan Gosling (La La Land, Drive) and returning franchise player Harrison Ford, notably older and far more embittered here than he was even in the original film. Blade Runner 2049 is a testament to the power of the visual medium, a gorgeously shot meditation on self and identity much like the previous film enjoyed, only here complete with a Hans Zimmer score replacing Vangelis, and an utter lack of a villain as compelling as Rutger Hauer’s Roy Batty. Although admittedly beautiful, and filled with themes and ideas that are worthy of the Blade Runner name, the film remains unable to answer the question of whether we really needed this sequel in the first place.

Thirty years after the events of Blade Runner, the Tyrell Corporation has fallen into the abyss and left the Replicants integrated into the human race as a slave race, while blade runners continue to provide a service to the LA police force. A Replicant himself, blade runner K (Ryan Gosling) is sent to track down a rogue Replicant known as Sapper Morton (Dave Bautista – Guardians Of The Galaxy) where he discovers evidence of a cesarean birth, something thought impossible in any way for the synthetically engineered race. Knowing this information will blow open the slave trade in Replicant rights, K is sent by his superior, Lieutenant Joshi (Robin Right – Wonder Woman) to locate and “retire” the child, lest it get out to the public. K takes his intelligent holographic girlfriend, Joi (Anna de Armas – Knock Knock) with him, all the while pursued by an agent of Replicant manufacturer Niander Wallace (Jared Leto – Suicide Squad), Luv (Sylvia Hoeks), a violent and sadistic creation whose sole purpose it is is to carry our her master’s wishes. K eventually stumbles upon the child’s father, Rick Deckard (Harrison Ford), who has never met his offspring but is now suddenly thrust back into the fray as K struggles with his own sense of purpose.

Few films garner as much speculative discussion as the original Blade Runner. The fact it took so long for a sequel to eventuate is testament to the controversial potential such a sequel would invite. Nevertheless, the job fell to Denis Villeneuve, fresh of his Oscar success for Arrival, to helm this one, bringing his electrifying, methodical, visually sublime style to a franchise built entirely on such things. To wit: Blade Runner 2049 is indeed a beautiful companion piece to its progenitor, a solemn, stately, often handsome production that takes many cues from Ridley Scott’s film but also strikes out on its own, thanks largely to the inestimable Roger Deakins (Skyfall, Sicario, The Shawshank Redemption), who serves as cinematographer here.

Deakins’ work behind the camera is to craft a film of such meticulous precision, such jaw-dropping artifice and such powerful realism within this world we’re intimately acquainted with and yet still finding new things to see, he absolutely deserves any and all recognition coming his way. The darkened blues and shadows of 2049 Los Angeles, the blistered orange blight of Las Vegas’ encrusted ruins, and the watery interior of Niander Wallace’s sanctuary are all rendered with a specificity of purpose that reminded me greatly of a Tim Burton film, in which key elements or locations have a designated hue to elicit a certain emotion or narrative role. The lavish widescreen aspect is used brilliantly by Deakins, working in concert with a director a the top of his game, and as I alluded to in my review of Blade Runner and its visual depth falling off the edge of the frame, so to does 2049’s world building and sense of detail.

In terms of its story and character arcs, it’s here I felt the film lacked a supportive structure. Sure, Villeneuve and screenwriters Michael Green (Logan) and Hampton Fancher (who co-wrote the original film) give over plenty of time to Ryan Gosling’s man-of-few-words K, himself searching for answers to his dreams and his purpose in life, but the film’s final-act shift in focus to Ford’s Deckard, as well as Deckard’s legacy, didn’t work that well for me. Gosling isn’t a slouch in delivering a character, and his performance suggested a deep connection with the role, but for this reviewer at least it never connected through the screen. Ford, for his part, barely registers as a character other than his usual ragged-voiced self, and felt like he was in this film for the paycheck, giving lip-service to the iconic role he essayed three decades earlier.

As far as the rest of the cast, they all served their purpose. Anna de Armas is sexy and strong as K’s holographic lover, Joi (kind of like Siri or Alexa in her ubiquity as an appliance), while Robin Right, Jared Leto, Dave Bautista and Lennie James all add familiar faces to this melancholy world, without offering memorable beats. Leto, who appears to have simply mimicked Michael Pitt’s work in Ghost In The Shell and stepped onto the set of this film, is far from the crazy wild-eyed maniac we saw in Suicide Squad but his role is a baffling sidebar to the main story, and had he been cut entirely I’d never have missed him. The film’s central antagonist, Sylvia Hoeks’ Luv, is reminiscent of Terminator 3’s TX character, a singularly straightforward machine designed to hunt and kill without compunction, and although Hoeks brings an underlying sadness to the character, the end result is pretty much a foregone conclusion, and hardly a surprise. 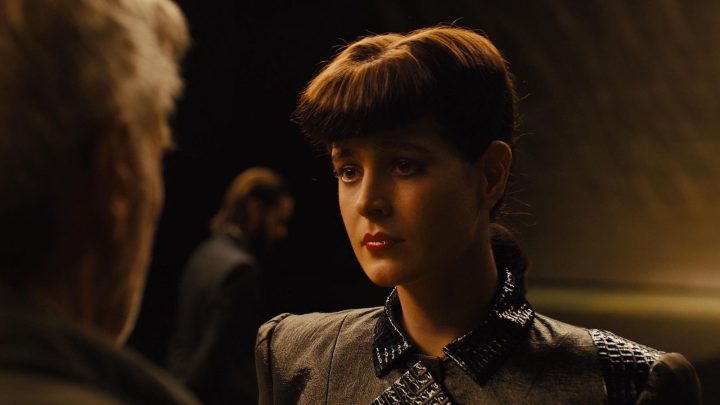 As with the original film, Blade Runner 2049 feels like a movie to be experienced rather than analysed. It’s like a great piece of music or a wonderful painting, abstract in thematic weight and yet inviting discussion about its every aspect. I don’t think it succeeds as well as Ridley’s film, although this isn’t to suggest Villeneuve hasn’t crafted a wonderful film himself, because 2049 offers plenty of grist to grind one’s teeth on, intellectually speaking. I just don’t think it’s as clever as it thinks it is, nor is it as seedy or as evocative. A brief sexual interlude between Joi, K and a local Replicant hooker (Mackenzie Davis – The Martian) is interesting simply for its mechanics and proximity to real-life sex-robots, and Robin Wright’s strong-willed yet tragically naive Joshi never takes flight like it ought. Instead, the film is left to rest on its stunning visuals, and at first blush they’re cool and all, even though you know in subsequent re-watches things won’t quite hold up. 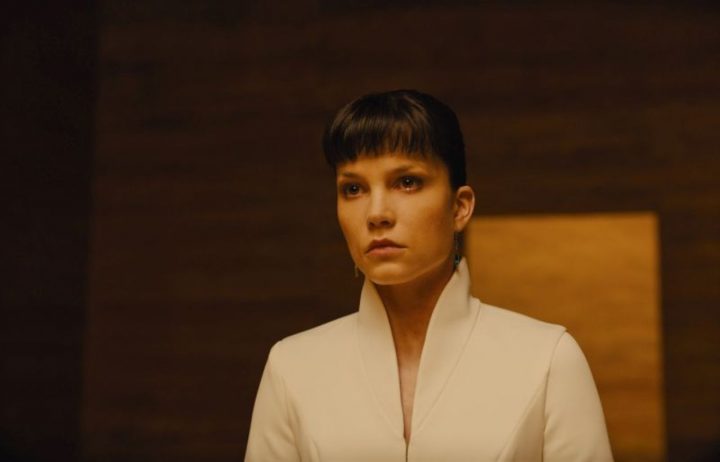 Of course, no review of Blade Runner 2049 would be complete without touching on the thing that made Blade Runner such an amazing experiment in sonic wonder: the music. I’m not sure if the producers approached Vangelis to return to the scoring synthesizer for this film, but replacing him with Hans Zimmer is both a creatively lazy and effortlessly wonderful choice. Zimmer’s work with electronic music is unrivalled in modern cinematic composition, and is perhaps the one man alive today who could match Vangelis’ bravura style and pull it off. Therefore, wonderful. He’s also the most obvious choice, which means another composer loses the opportunity to flex his creative muscle – ergo, lazy. Zimmer’s atonal screeching and cavernous orchestrations serve the visuals well, and give the film a tremulous, mystical flavour that mimics Vangelis’ original work, while enhancing it considerably, and yet I’d hardly consider it memorable.

Blade Runner 2049 serves no purpose other than to allow audiences to bask in the world created 30+ years ago by Ridley Scott and an army of brave artisans who pushed boundaries and asked a lot of their audience. Villeneuve pushes far fewer boundaries, offering instead a fairly straightforward mystery plot and sci-fi cliches under the Blade Runner banner, when in reality it could have been literally any other film it wanted. Ford’s appearance late in the film is tenuously linked to Rick Deckard, primarily in name only, and had the film not mentioned Replicant Rebellion as the deus ex machina plot point, 2049 might well have been a film in and of its own devices. Complementing Villeneuve’s strong directorial hand and Deakins’ hypnotic cinematography is hard for a story as strung out as this one is, and try as they might, nobody here can really generate audience enthusiasm for the characters or the basic plot. The MacGuffin, that Deckard and Sean Young’s Rachel had a baby, is played exceptionally hard with little payoff, and as confusing as the film becomes in focusing on K when it should be going with Deckard the film does have enough moments of revelation to provide some dynamism.

Trouble is, we never really feel invested in the film other than the Blade Runner name.