Victor Salva’s career as a filmmaker has been tempered by his conviction for child pornography in 1988. His breakout film (for me at least) was 2001’s Jeepers Creepers, a low budget horror flick that introduced us to one of the more effective screen monsters in modern cinema – Jonathan Breck’s Creeper – and it was only following the success of that film that I soon discovered the director’s less-than stellar personal proclivities. Whether you agree with Salva’s continued career in film-making or not (for the record, I prefer not), the fact remains that he is a unique visual stylist and, when given reign over his films, quite an effective storyteller. This film marks the third in the Creepers franchise, continuing the story started in the first film (and in a roundabout way, the second), and while it’s showing signs of wearing thin the effectiveness of Salva’s ability to craft chilling moments of terror are only limited by his budget.

Set immediately following the events of the first film in 2001, the Creeper (Breck) is continuing his hunt for more victims to regenerate himself. His mysterious van, with it’s “BEATINGU” license plate, is booby trapped to kill, and the police try transporting it to the impound yard before the Creeper returns to retake possession. Gaylen Brandon (Meg Foster), having been driven to the brink of madness by the death of her son Kenny (Jordan Salloum) 23 years earlier, now lives on her hose stud with granddaughter Addison (Gabrielle Haugh), and their connection to the Creeper revolves around the existence of the creature’s severed hand, kept buried on a hill on their farm. As the Creeper nears the end of his current wakened state, he hunts for the missing limb, and will tear through the local police – including Sherriff Dan Tashtego (Stan Shaw) and Sergeant Tubbs (Brandon Smith) – to get what it wants. 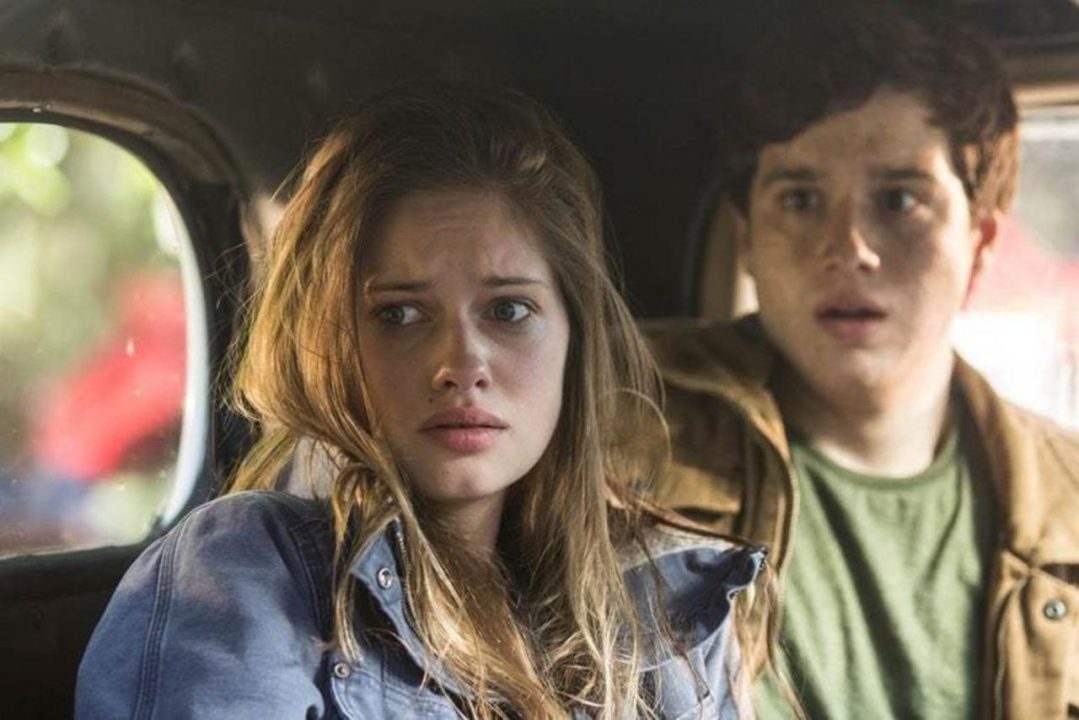 First off, let me get this out of the way. I really enjoyed the first two Jeepers Creepers films. I mean, they are pure B-movie horror cheese, the kind of arenalised nonsense that amplifies fear and makes a fool out of logic. An unstoppable creature of death and destruction, ancient in legacy and singular in its desire to slaughter everyone, is a fearsome thing indeed. Part of what made the first film so effective is that Salva had crafted a mythology for the creature that just worked, coupled with the terrifying “every 23 years, for 23 days, it gets to feed” refrain and the secretive way the Creeper first appeared, making the first film such a stylish and memorable introductory episode. Unfortunately, with this third film, Salva’s decision to expand and unwrap the Creeper’s history and backstory brings with it a reduction in the character’s inherent terror, and the director sadly gives the creature an incredibly prominent role here, reducing its effectiveness even further. 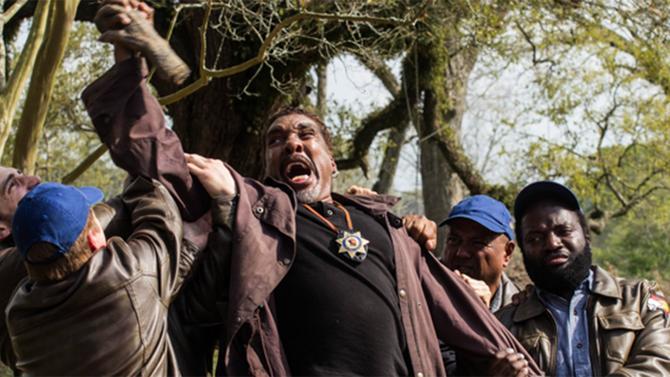 Expanding a narrative around your central character removes a lot of the mystery about it, something fans of any major horror franchise know only too well, and in turning the Creeper into the main star, rather than the shadowy supporting villain he was in both previous films, eliminates almost everything I found terrifying about the monster in the original. I understand the reason for doing so, to propel the condensed time-frame narrative in a new and interesting direction, but the glib death scenes and rote expectation of the audience actually work against Salva’s third ride into horror. His script intimates a lot of unseen backstory and history to many of the characters, especially Stan Shaw’s Tashtego, who’s singular driven compulsion manifests in a hunting party of the monster’s previous surviving victims, and it’s through this bait-and-switch method that Salva invites hope that somehow, this time, the thing will die. 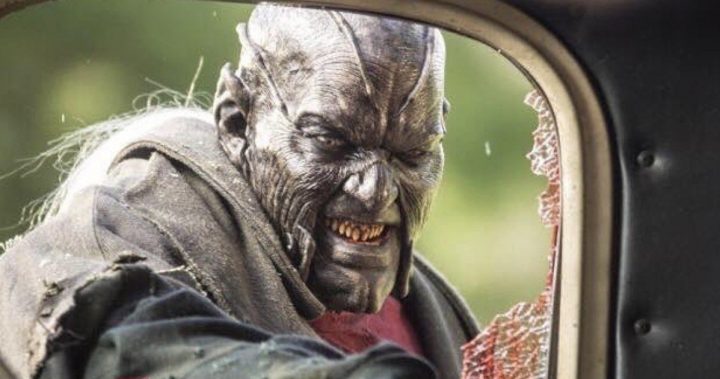 Minor satisfaction is to be found in the small-time romance afforded Haugh’s waifish Addison and her freckled love interest, Buddy (Chester Rushing), as well as the haggard appearance of Meg Foster, whose performance as Gaylen is iniquitous only through the film’s lack of focus on her. Shaw is hilariously over-the-top, while Brandon Smith’s poor Tubbs (an unfortunate character name if ever there was one) is on a steep learning curve in the supernatural. Look, nobody is in this film for the performances, for the majority of them consist of running, screaming, being terrified, or a combination of all three. The reintroduction of the Creeper’s van – a Frankenstein’s creation of parts and bits that’s apparently could survive a nuclear blast whilst looking like a Beverley Hillbilly’s junkheap – is joyous to behold but like everything here, overused and converted into cinematic contrivance whenever Salva needs an escape clause.

Sadly, even the film’s budget starts to show signs of limitations. Some of the CG is noticeably bad, hidden as best as Salva can manage through different camera angles or pulsating editing, and at the end of the day the lack of practical effects where digital seems to have been utilised is a crucial flaw in the film’s effectiveness. Part of the original film’s sense of showmanship is the fact it’s achieved almost entirely through practical effects, and what few CG ones used were done so sparingly. Here, the prosthetic creature effects are solid, but undermined by iffy CG and occasionally silly camerawork (overhead drone shots look cool, but just how many lonesome well-lit backroads can people drive down in a single film before they realise that’s the worst place to be?) and it’s here that Jeepers Creepers 3 starts to come undone. 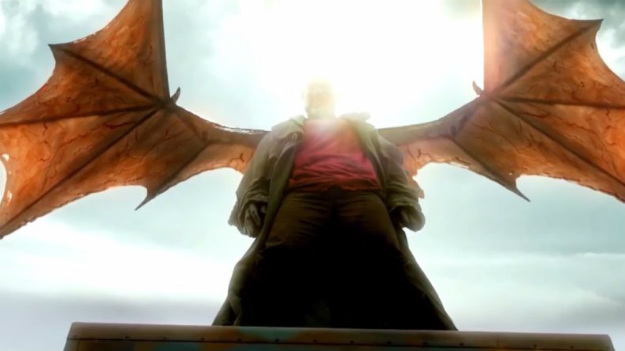 Visually, the film has moments of ethereal beauty and some truly magnificent cinematography, and at others the film looks like it’s been shot on an old iPhone. The film’s crackling sound design is amplified by an effective, if generic, score by Andrew Morgan Smith, while Misty Talley’s editing ranges from competent to serviceable. As with all the Creepers films, the creature features a facial design that looks like a burns ward crossed with a Predator mask, while the creature’s costume is starting to make me think of a cowboy Freddie Krueger, and that ain’t good; again, Salva’s decision to show the creature in broad daylight removes almost everything that makes it terrifying and more like a shitty Klingon cosplay attempt, while a laughable spear-through-the-head effect on the creature allows us the indignity of witnessing one of the monster’s eyeballs actually falling out of its head. Yeah. Is the monster becoming a clown, now? Because that’s how it appears. A stupid, nonsensical clown. 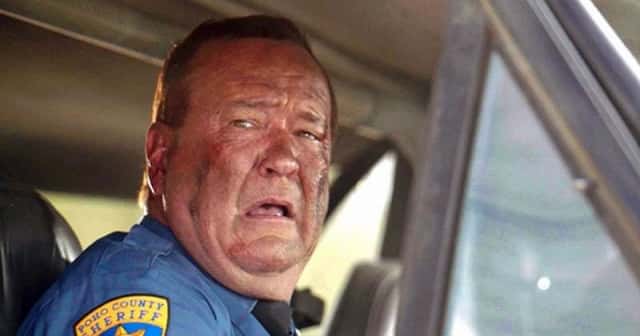 Victor Salva’s Jeepers Creepers 3 is a solid continuation of the franchise’s growing mythology. It’s not a film I’d consider the strongest in the series, nor is it a film of inestimable quality, and Salva’s lack of concern with showing his hand with his central monster, or even foreshadowing events to come within the film itself (a massive vehicular machine gun is introduced and you just know that’s going to end badly for all involved – which it does) indicates a director apparently unsure of how to put the genie back in the box. Turning the creature into the star, rather than the darkened villain to be feared, reduces the creep factor (sorry), and I fear it’s a turning point in the franchise where things (and I can’t believe I’m saying this) take a turn for the stupid. Fans will lap it up. Those with less stake in where this series goes will probably laugh through most of it.