The horrors of 9/11 still feel raw for those of us who watched it unfold on television or experienced it firsthand. In the 16 years since, all manner of investigations, theories and “truther” movements have attempted to rationalise and explain the horror of that day – more or less unsuccessfully – and it was only a matter of time before a largely fictionalised version of events in and around that day came chugging down the chute to “entertain” us all. Sadly, this Charlie Sheen drama vehicle isn’t the powerful emotional statement it attempts to be, traipsing over the memory of the people who died in the name of a glorified testament to the brave people that day that truly misses the mark. 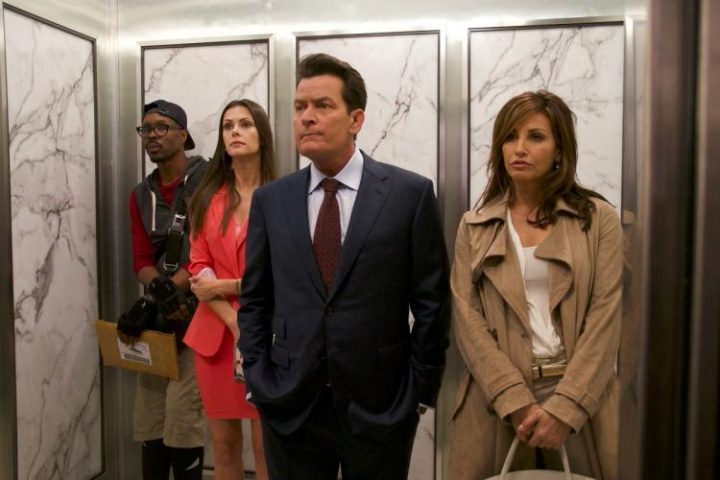 On September 11th, 2001, five people enter an elevator in the North Tower of New York’s World Trade Centre. Custodian Eddie (Luis Guzman), billionaire businessman Jeffrey Cage (Sheen) and his estranged wife Eve (Gina Gershon), city bicycle messenger Michael (Wood Harris) and local socialite Tina (Olga Fonda) all become trapped when a mysterious explosion cuts off the power, causing them to be stuck between floors. Elevator control employee Metzie (Whoopie Goldberg) tries to reassure the trapped passengers that all will be well, despite seeing on television that the World Trade Centre is undergoing an unprecedented terrorist attack. As the fire in the floors above takes hold, and hope of rescue fades, the five occupants must band together to try and save themselves, before the unimaginable happens. 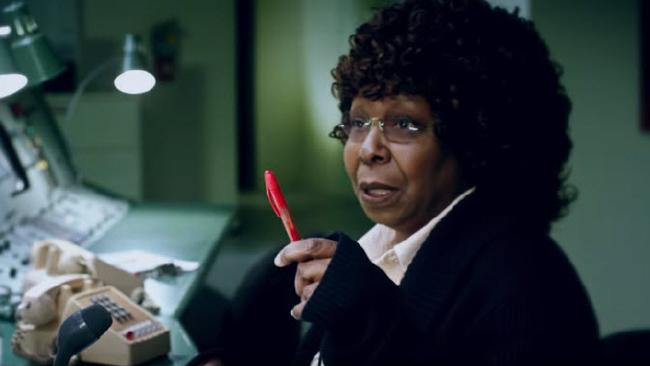 Ghoulish, tawdry, often pornographic in ill-placed emotional manipulation, 9/11 uses every trick it can to try and make us feel something for the characters, but it’s all mired in our collective memory of what we felt during that day. This colours the effect of the film’s solemnity and inherent tension – basically, the towers’ imminent collapse become a ticking clock of time against which this escape thriller evolves, more or less with the enthusiasm of a wet rag. The trouble with historical films, or films in which history is relatively known, is that our collective memory influences how effective artistic license can work to effect us even further, and unless a film’s script is strong, then the film itself isn’t. 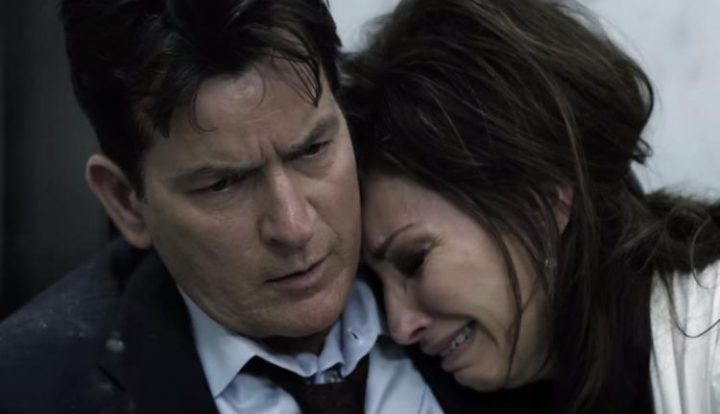 And let me tell you, 9/11’s screenplay, by director Martin Guigui and co-writer Steven Golebiowski, isn’t strong. Sure, it plays up the real-time media coverage of the event, from the breaking-into-news first glimpses to the second plane’s slamming into the towers, interspersing the actual footage with a dramatised fiction I’m not even sure is close to anything that happened. That’s the rub for me; trying to throw fictional elements into a historical event I actually witnessed in the hope the event’s natural emotional resonance will crystallise into the film’s by default. It doesn’t work. While it follows the Titanic method of mixing history with fictional characters, the sinking boat movies are blessed with the distance of time, and nobody alive today can contextualise the emotion of the event with their own feelings about it. 9/11 has neither the luxury of time nor the complexity of writing to manifest even the slightest mood beyond abhorrence for the crap Guigui throws at the screen in the name of entertainment. The fact it’s based on a stage play (indicative of the confined location the characters are stuck in) makes it even worse – unless the stage play was a trainwreck, in which case then it’s to be commended in making an astonishingly awful film.

With a script this dire, the acting needs to somehow…er… elevate the material (sorry), and it doesn’t. Sheen, a known 9/11 “truther” and exponent of the conspiracy theory that the buildings were demolished rather than brought down by planes and whom is inexplicably cast in a film in which his real-world opinions are never once even considered, plays completely to type as a dickish businessman confused as to why his wife is leaving him who somehow manages to piece together much of what’s happening outside through intuition, while Gershon’s weary wife character is simplistic and derivative. Guzman’s janitorial role is cliched, and poor Wood Harris is saddled with such an awfully racist character it ruins our hope that he might make it out alive. Olga Fonda is the film’s crazy eye-candy and her role is entirely unmemorable. Whoopie Goldberg’s only positive comment is that she never has to actually interact with the rest of this terrible cast face-to-face, blessedly able to communicate over the elevator’s intercom; Goldberg manifests at least some gravitas at the events depicted, her reactions mirroring our own to the attacks and their aftermath. Sadly, it’s still all too raw. The inclusion of a dithering Jacqueline Bisset and a one-note cameo to Bruce Davison indicate more about the state of their careers than they do service to this film. 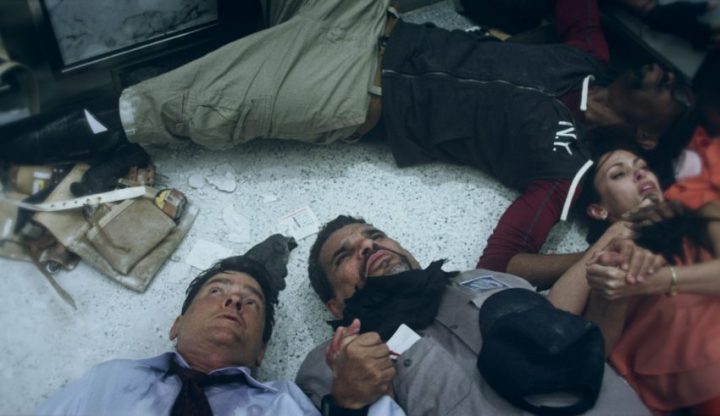 At times incredibly racist, offensively filmed and beyond the pale tone-deaf with its treatment of depicting 9/11, Guigui’s direction is both contemptuous of its audience and borderline deceptive in its manipulation of emotion. 9/11 is an affront to legitimate memorialising of such tragedy, and Guigui’s film is like pouring battery acid on a national wound that is still weeping. Perhaps 9/11 was made to bring closure to that awful day somehow, perhaps the production felt that dramatising it might allow conversation about the real heroes who performed under extreme duress in those awful hours. Far better films have been made about September 11, notably Extremely Loud & Incredibly Close and Oliver Stone’s World Trade Centre, and everything those films did right, 9/11 does so horribly, terribly wrong.