Effortlessly enjoyable, Dreamworks’ Captain Underpants movie is cheery, feel-good fun that will delight the kiddies, keep the adults mildly diverted, and adequately waste 90 minutes of your life without feeling like it’s either achieved a great deal or been an utter catastrophe. Charming yet scattershot, dynamically animated yet haphazardly comedic, the titular character’s first foray onto the big screen is a spraygun of laughs and a great deal of zany hi-jinks and it all works well enough even for those – such as myself – unfamiliar with the premise to have a great time. 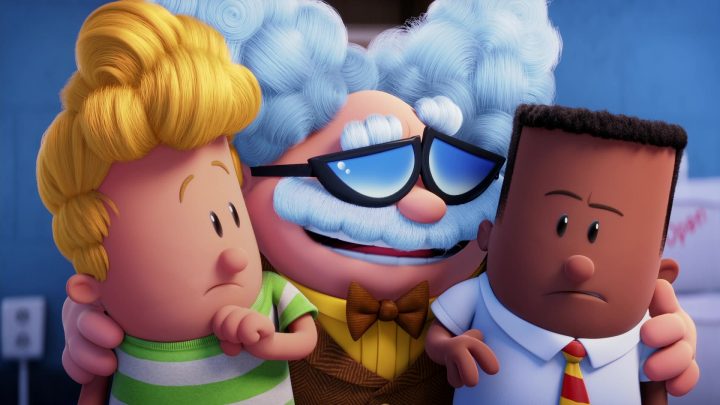 Two Ohio schoolboys, George (Kevin Hart) and Harold (Thomas Middleditch) are best friends, constantly running afoul of their mean principal, Mr Krupp (Ed Helms) and the school’s bespectacled snitch, Melvin Sneedly (Jordan Peele). After sabotaging one of Melvin’s experiments, George and Harold are about to be forever separated by Mr Krupp when the pair hypnotise him into being Captain Underpants, the hero of their self-drawn comic. Captain Underpants is a blithering but dedicated idiot – although George and Harold can’t turn him back into Mr Krupp for fear their friendship will be torn apart. It’s not until the arrival of the dastardly Professor Poopypants (Nick Kroll) and his plan to eradicate the world of laughter that George and Harold find a focus for the antics of the erstwhile Captain Underpants and his rampant heroic nudity. 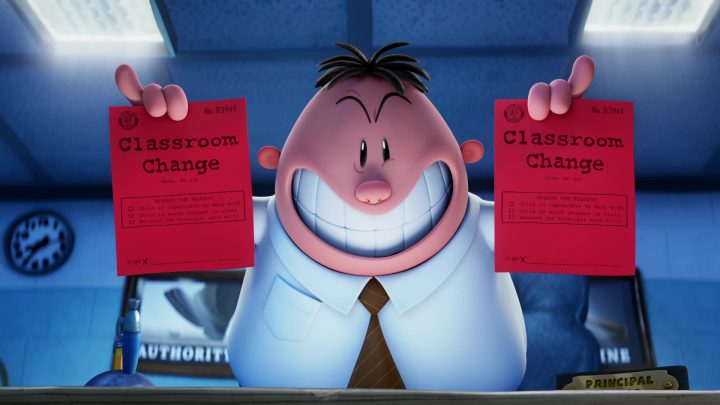 It’s patently obvious that any film with the word “underpants” in the title isn’t one to be taken seriously. Reviewing it as a serious piece of cinematic art is akin to questioning spam as fine dining. Captain Underpants serves a purpose and it serves it well: to entertain young children and ensure parents can enjoy multiple viewings themselves. The premise is a silly as it is funny, and as you might expect, the gamut of fart, poop and pee jokes runs heavily in favour of juvenile, simplistic laughs and broad, well animated narrative flow. A sequence involving an orchestra comprised of kids on whoopee cushions performing the 1812 Overture had my children in absolute stitches, and that’s barely scratching the surface. Sure, the story about friendship and despotic evil – not to mention the analogous appearance of adults who are either idiots, villains, or a mix of both – isn’t particularly new, and Nicholas Stoller’s screenplay doesn’t so much skip crucial character development as it does just sprinting towards its loony-toons crazy conclusion. 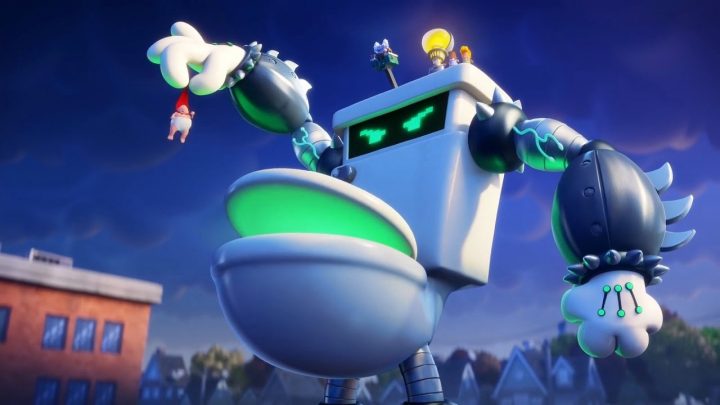 Captain Underpants features off-the-wall humour that adults might find wearying as the film progresses (your mileage may vary) and there’s very much a SpongeBob Squarepants-esque sensibility to the film overall, whereby literally anything the filmmakers can think of that could happen has a high chance of actually happening. Go with it, you’ll be fine. Try and think critically about it, you’ll simply fail. Taking all that into account, Captain Underpants is a riot of fun from start to finish. The animation is a real highlight, filled with eye-popping textures and details to look out for, and everything else aside the film is beautiful to watch purely from a visual standpoint. The voice cast, particularly Ed Helm’s titular character, are all terrific, never putting a foot wrong, and Theodore Shaprio’s manic score underpins the cartoonish nature of the story and characters, while director David Soren (Turbo) combines the child-friendly scale and imaginative chaos with the best production value Hollywood can buy to give us a film that practically assaults you as it tries to make you laugh. 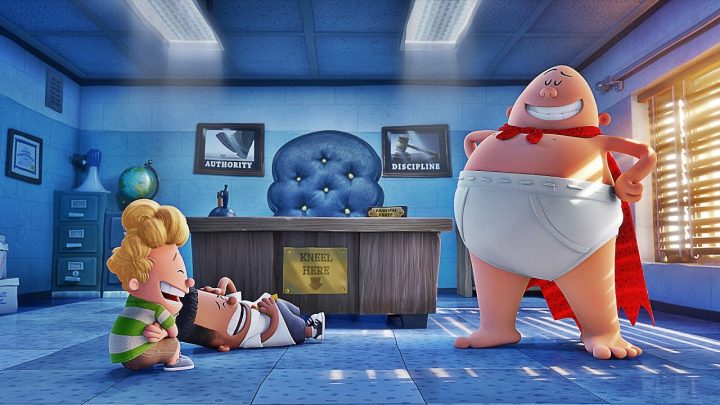 Captain Underpants’ chief mission is to entertain as often, as loudly, and as messily as possible. It’s not a film blessed with a surfeit of tact or subtlety, nor is it a film in which every moment of comedic gusto is met with legitimate laughs, but the kids will love it. It’s loud, shiny, breezy and offers tacit attempts to give audiences a moral and ethical lesson, but far too often that lesson is drowned out by the films incessant raucousness. Adults will find some sweet things to laugh at – it never goes full Pixar, though – and I’ve no doubt it’ll be on high rotation in homes with younger children due to its bright, effervescent nature and sense of the ridiculously sublime. Captain Underpants is all kinds of fun.