Silent films had become big business by the time Buster Keaton’s train-bound comedy arrived to general audiences in 1927. Films were generally cheap to produce but could draw in decent box office, which is why so many could be made on Hollywood backlots at the time. The General, however, wasn’t cheap: estimates put the production cost for Buster Keaton’s film at around $750,000, roughly just over $10m in today’s money – a staggering amount for the time. The cost paid off, though, for while the film met with cool critical appraisal at the time, it has become regarded not only as one of the greatest silent movies ever made, but one of the great films of all time, period. Probably no solace to poor Keaton, though. The General is an enthusiastic romp featuring plenty of slapstick, stunts and a hint of romance (because of course), but how does it hold up today? Is Keaton’s classic all it’s cracked up to be? 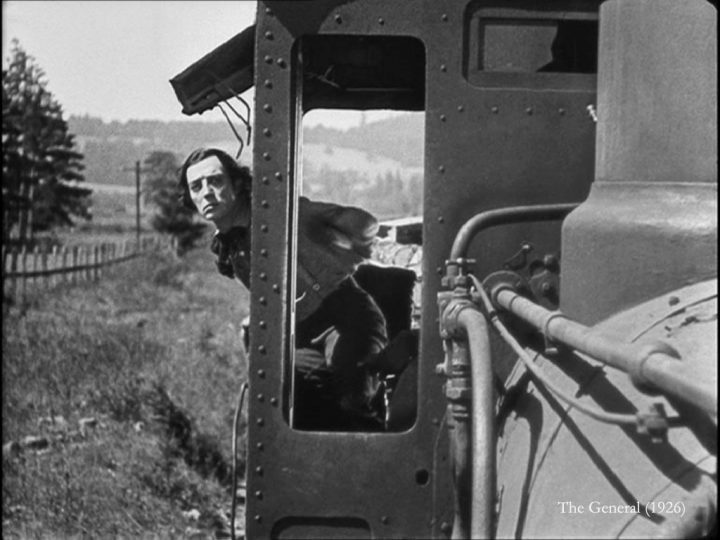 The short answer is yes. The longer, less divisive answer is shit yes. The General is an absolute gem, a genius piece of filmmaking. Keaton stars as train engineer Johnny Gray, who decides to sign up to the Confederate Army (the film is set during America’s Civil War) to impress his girl, Annabelle (Marion Mack). After the officer refuses him due to engineers being more valuable, Annabelle refuses to have anything to do with him until she sees him in uniform (because girls are like that, you’know). A year later, Johnny is working the railways, when he is forced to give chase to a band of Union spies who’ve stolen his engine and taken off with it. Annabelle is also inadvertently taken prisoner, a factor to which Johnny is unaware until he sneaks into the spies’ hideout and uncovers their plans.

Despite a relatively thin plot and typically shallow characters (for the silent era, anyway), The General is terrific entertainment. It’s exhaustively clever, inventive and funny, with Keaton’s trademark vaudevillian comic timing an absolute hoot here. As he leaps and slides across the variety of trains and carriages in the film, Keaton’s jaw-dropping stuntwork and creative use of his surroundings come into their own. The master of slapstick, Keaton’s ability to twist and turn his body into a human pretzel and his precision double-take reactions are side-splitting; for a guy who grew up with Looney Toons and that sense of visual humour, The General is an utter delight. 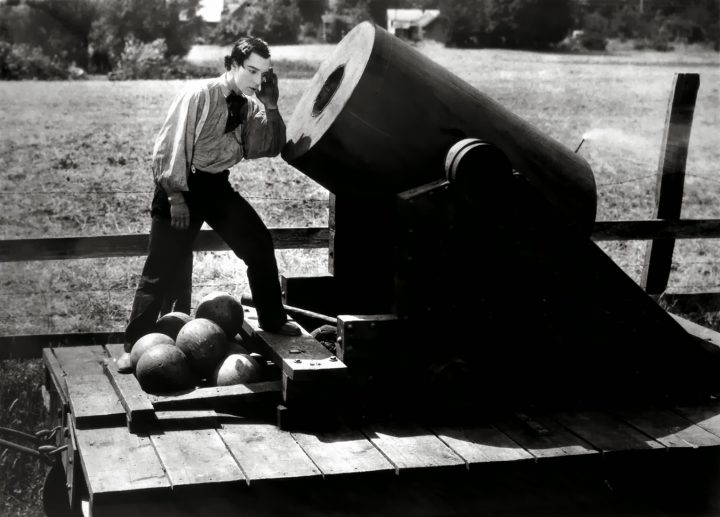 The film’s not particularly deep with character, that much is certain. Keaton’s Johnny is a fairly pedestrian role of the time, trying to win the affections of a girl but having insubstantial luck, to the point his attempt to woo her by enlisting (and failing) cause the predicament he gets into anyway. Instead of character, Keaton becomes our hero simply by trying his best to do what he does, and while a moral uprightness is intimated it’s never really overt. Marion Mack’s Annabelle is a fairly effective romantic interest, the old “damsel in distress” archetype who seems incapable of doing anything to save herself from the clutches of the Union men until Johnny arrives. Mack is a great straight-man (if you will) for Keaton’s tomfoolery, at times ending up bundled into a hessian sack or thrown about like a ragdoll in order for him to achieve his comedic heights. The rest of the film’s cast are suitably straightforward, although I have to admit to a genuine chuckle to find Frederick Vroom (yeah, Vroom!) listed among the credits, which I kinda figured might have been a trick name until I googled the dude and found he’d appeared in Keaton’s The Navigator, and would go on to play a supporting part in Mr Smith Goes To Washington. So, not a joke, then.

The film lists Keaton and Clyde Bruckman as co-directors, I imagine largely because Keaton spends most of the time actually on the screen, it’s little wonder Bruckman had to handle these moments. It’s hard to know where Keaton’s influence starts and ends (I imagine I’ll get there once I’m exposed to more of his films) but amusing they both worked closely together, the film’s style and vivacity is undeniable. The film rockets along from the get-go, setting up its premise and getting our characters into position for some genuinely exciting action sequences. They’re also inventively filmed, with actual trains rolling along the line and Keaton, Mack and their co-stars (and stuntmen) all actually in the frame; there’s very little trick photography here. Keaton’s command of action geometry and spatial awareness is keenly observed during the protracted train-bound scenes, his use of camera to cover the expansive locales and grand excitement with dexterity and precision. The film’s vaunted train crash finale (a hugely expensive exercise for the silent film era, to this date the most costly shot in all of the genre’s history) is magnificent to behold even though technology of the day prevents that real potency from emanating through the camera, and it’s little wonder audiences continue to remain captivated by it. 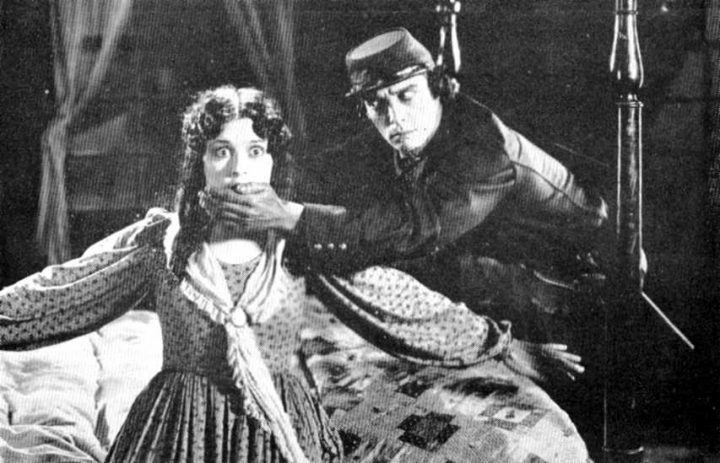 There’s few reasons more compelling as to why Buster Keaton stands alongside Charlie Chaplin and Harold Lloyd as the iconic silent film stars of their day as The General. It’s a remarkable film, a humorous, dexterous comedic adventure that offers thrills and laughs in equal amount. It displays Keaton’s manic persona at its peak, a vibrant rapscallion of cinematic syncopation that is both disarming and enchanting simultaneously: if you’ve never seen a silent film (or a Keaton film, for that matter), you owe it to yourself to give The General a go. It’s marvellous, a perfect encapsulation of the quality to be found in this bygone cinematic era.