In making the transition from actor to film director, Ben Affleck has produced a resume of considerable strength. From Gone Baby Gone to The Town, and Oscar-winning Argo, Affleck has solidified himself as a major player in Hollywood’s directorial pool, and Live By Night is a worthy companion piece to his previous efforts. Set in prohibition-era Boston and Florida, Affleck’s film version of Dennis Lehane’s novel (a writer he’d previously adapted with Gone Baby Gone) is solidly acted, well directed and handsomely mounted, and in every other aspect is a terrific film – save one. It lacks grit. It lacks an edgy, salacious keeness typical of period films of this type (think Tom Hanks’ Road To Perdition) and while there’s moments that transcend its ambivalence, Live By Night never quite achieves the heights to which is so obviously aspires.

Affleck plays Joe Coughlin, a returned Great War serviceman working the streets of 1920’s Boston as a petty crook and thief. Approached by local Italian Mob boss Maso Pescatore (Remo Girone) to be a part of his operation in Tampa, Florida, Coughlin initially refuses due to his romance with competing Irish Mob boss Albert White’s (Robert Glenister) mistress, Emma Gould (Sienna Miller), before their affair is discovered and Joe’s life is saved only by his police officer father Thomas (Brendan Gleeson). Reluctantly taking the job in Florida, Joe and his associate Dion (Chris Messina) soon become powerful underworld figures in Tampa, making the Pescatore family a fortune running bootleg liquor, and even approaching a gambling opportunity with Tampa’s first casino. Joe meets Graciela Corrales (Zoe Saldana), sister to a local businessman with whom Joe falls in love. Desperate to escape the violent end coming to him at the hands of Maso’s cocksure son Digger (Gianfranco Terrin), and having to handle local sherrif Chief Irving Figgis (Chris Cooper) and his born-again-Christian daughter Loretta (Elle Fanning), Joe must muster all his wiles to come out on top. But the price he must pay might very well be too high. 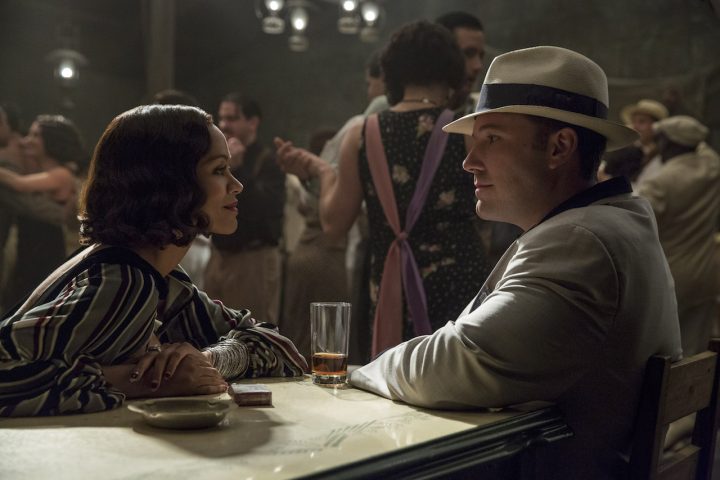 It’s awfully hard to go wrong with a cast as stunning as the one Affleck assembled for Live By Night. Throw the names Fanning, Gleeson, Saldana, Cooper, and Miller at me and I’m there for the duration, and if you add Affleck’s name above the line I’m a student of his teachings. Lehane’s book (not one I’ve read) feels through Affleck’s lens like it’s partially a love letter to Boston-strong criminality and Floridian sweat, a combination that works quite well on the screen despite Affleck being unable to make the best use of this framework. Ben is credited with the screenplay and to his credit the film’s core motifs, including family and escaping one’s apparently destiny (or changing it) are the stuff of tragedies and fables throughout history and work pretty well. At times the dialogue is poetic, fanciful or overripe, and the conversational moments within the film are genuinely terrific in and of themselves; often, however, they feel like they belong in a different film, not a gun-totin’ bloodbath film of this scope and style. 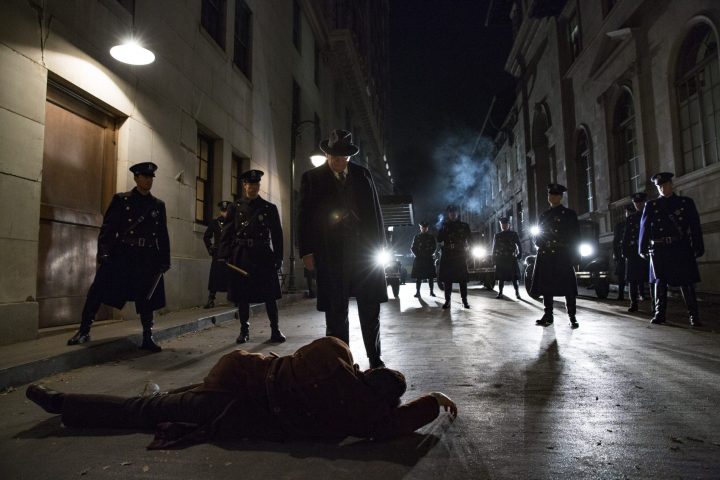 Coughlin’s an eponymous criminal figurehead, a man wrestling with his inner demons despite being good at his job, and the internal struggle of escape, the desire for fulfilment in something better than we have, is archetypal of literary construction. Through Coughlin, and through his wrestling with the dichotomy of honour and violence in his world, the film becomes almost nostalgic for a time as Joe’s romance with first Emma Gould and then Graciela Corrales becomes the throughline of a story tinged with melancholy tragedy. While the film’s focus feels a touch wonky, Affleck’s hand behind the camera isn’t, allowing several subplots and textural sidebars to play out with conviction and resolution; chief among the undercard stories is Elle Fanning’s luminous Loretta Figgis, as tragic a figure as the film projects despite virtually every character lacing innocence or virtue simply by their connection to Joe. Joe himself becomes a sympathetic bad guy, or rather a good guy trapped in a bad world, forced to do terrible things to stay alive. It’s not a new idea, nor is it particularly refreshing here, but Affleck’s writing is solid and the cast do well enough with the material to sell it. 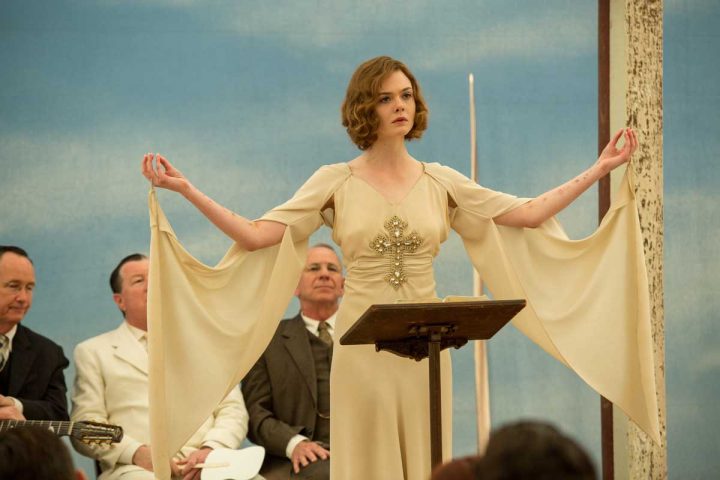 If you run through the high profile period films mirroring what Live By Night tries to accomplish, you encounter modern efforts like Lawless, Gangster Squad and even Black Mass, all of which have problematic issues of feeling too clean, too sanitised in spite of inherently violent subject matter. Affleck’s film unfortunately suffers similar indictment: the film is pretty, yes, and emotionally competent, but there’s a feeling of safety within Live By Night’s steady pulse, as if Affleck is unwilling to take any risks or push the envelope in any way. Character-driven pieces like this, much like Black Mass, live or die on how gritty and brutal they are, especially in the modern age of Hollywood, and Live By Night feels like it’s too restrained to really make the impact it should. In many ways, I felt echoes of Clint Eastwood’s Unforgiven within the genetic flavouring of this film, neutered to resolve in a stylish but limited manner. It’s emblematic of modern gangster movies that they look stunning but lack a certain frisson of danger. Tension is within Affleck’s direction (and William Goldenberg’s terrific editing) but one can’t help but wish the pulp-inspired tone of the story had been matched by less highbrow artistry behind the camera.

I’ll always be a fan of Live By Night simply because it’s a Prohibition-era film, and I have a huge soft spot for them. The film isn’t without flaw, and I’m not about to argue the finer points of Affleck’s work except to say that I can see where he was aiming with this Award-season tempter. Cluster a sizeable cast like this in a single film, throw high-value production quality at the screen and tick the boxes of the genre’s template and Live By Night ought to have knocked it out of the park. Live By Night is by no means a fizzer (despite the lacklustre box-office and middling critical reception), it’s just not at the same level as Affleck’s other films, which, while disappointing, doesn’t make it a terrible film.