Nelsan Ellis, best known for his work on HBO television series True Blood, has passed away. 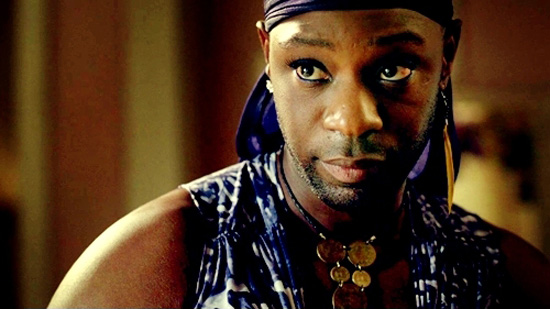 Chicago-born Ellis found his way into mainstream Hollywood during the mid-00’s, appearing in films (The Express, The Soloist, and 2010’s Secretariat) and television (The Inside, Veronica Mars), before landing the role for which he’s most closely identified, that of openly gay small-town cook Lafayette in HBO’s vampire series True Blood, which ran for seven seasons from 2008.

Parlaying his True Blood success into more feature films, Ellis played minor roles in The Help (as a waiter), The Butler (as Martin Luthor King Jr), and James Brown biopic Get On Up (as Bobby Byrd), before his untimely passing. Ellis had recently taken a major role in detective series Elementary, alongside Lucy Liu and Johnny Lee Miller.

Nelsan Ellis passed away on July 8th following complications of heart failure – a promising career cut tragically short. He was only 39. We tip our hat to him, and our condolences we send to his friends and family.