When Hollywood’s history is finally written, there’s a fair bet an entire chapter will be centred around the career of one M Night Shyamalan – one-time wunderkind director of The Sixth Sense, the transformative thriller that returned “twist” endings to the mainstream, eventual B-movie slop helmer of The Last Airbender, and current phoenix with critical the success of The Visit. For the longest time, Shyamalan appeared to have lost “it”, the inexplicable, intangible creative thing that drove his best films, and many feared the once great auteur would never regain the form that made him a fan favourite. Split, not to be confused with either of the other two 2016 films of the same name by Jamie Buckner and Debbie Kampmeir, absolutely returns Shyamalan to the top of the “must watch” heap; Split is terrifying and creepy and all kinds of bizarre, and if nothing else it proves that the director’s knock-out work in his heyday wasn’t a fluke. 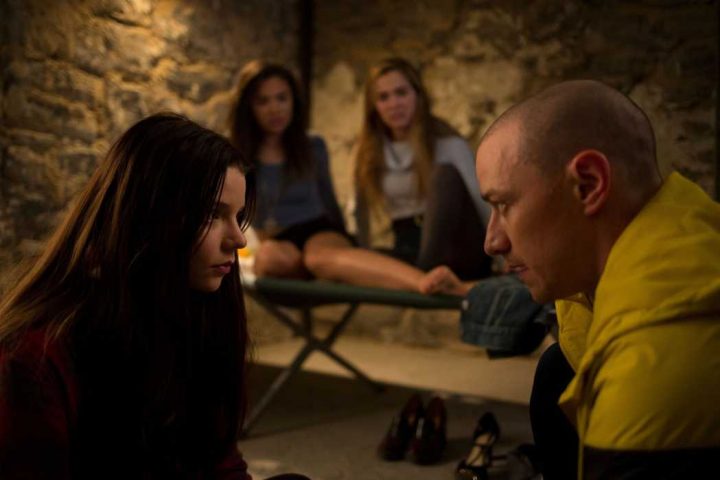 Three young women, Casey (Anya Taylor-Joy – Morgan), Claire (Haley Lu Richardson) and Marcia (Jessica Sula) are kidnapped by a man named Kevin Wendell Crumb (James McAvoy – X-Men: Days Of Future Past, Victor Frankenstein), a man who suffers from a rare multiple dissociative identity disorder in which his brain manifests no less than 23 distinct behavioural patterns. Kevin undergoes a form of counselling with Dr Karen Fletcher (Betty Buckley – The Pacific, The Happening), who tries to help him with his disorder. Kevin, or rather, his various personalities, continue to refer to the arrival of “the Beast”, which could be a possible 24th personality, or something else more terrifying entirely.

While it otherwise could have trod the generic route many kidnapping-themed films enjoy, Split offers up something really quite special: McAvoy’s ability to transform himself into a plethora of unique characterisations representing new and individual people within his repertoire. It’s a commanding performance, and highlights just how much potential we have to look forward to in years to come. Shyamalan’s tense, skin-prickling screenplay and sense of rising fear, almost a sense of inevitability, ratchet up the goosebumps as the film barrels towards its violent, semi-cathartic conclusion, with McAvoy and co-star Anya Tayl0r-Joy providing paradoxically memorable arcs.

In some manner, Shyamalan’s script borrows liberally from established tropes of the sub-genre – the film’s DNA pulses with elements of films as diverse as 10 Cloverfield Lane, The Call, Saw, Misery (actually, a lot of Misery), Don’t Breathe, and Villeneuve’s Prisoners – but it’s inflected with the director’s distinctive aesthetic. Much of what happens is either implied or obfuscated, either through sound effects off screen or through reactions by the cast, only giving us glimpses of “the action” as it were. As any good horror director can attest, the audience’s imagination is the most powerful tool in the filmmakers arsenal, and Shyamalan taps into that (really, for the first time since about The Happening) as he weaves this tautly wound character-driven piece until it positively explodes. The film beats towards the revelation of who or what The Beast is, and once it comes along… well, all bets are off.

The survivalist narrative notwithstanding, where Split excels is in its characters. Initially you think the focus will be on the trio of young girls held prisoner in McAvoy’s basement hideout, but the film eventually transitions into a fascinating, albeit creepy-as-hell, depiction of genuinely schizmic psychopathy, as McAvoy and Betty Buckley’s likeable Dr Fisher take much of the film’s spotlight. Shyamalan makes Casey into his own version of a realistic heroine, from her tragic backstory – her father died while she was young – to her ability to survive against what must surely be impossible odds, even thought she’s as scarred physically as Kevin is mentally. Fisher, personifying the intellectual desire for knowledge and understanding, provides context for Kevin Crumb’s disorder, giving descriptive exposition allowing us to empathise with the character far moreso than had we not had such information.

If there’s a weak link to Split, it’s probably Anya Taylor-Joy’s performance as Casey. Much like Morgan, I think Taylor-Joy is unable to really activate the material with enough nuance to give the character weight. Despite a lot of work in her subtleties, I found the character fairly bland, unable to really manifest as a worthwhile proxy hero against McAvoy’s charismatic work; I doubt this is a fault of the actress, who has something behind her eyes that gives her a mysteriousness of sorts, but rather Shyamalan’s inability to really maximise the raw talent she has as an actress. Also, the role doesn’t really call for the same kind of histrionic force-of-nature work McAvoys is called upon to deliver. 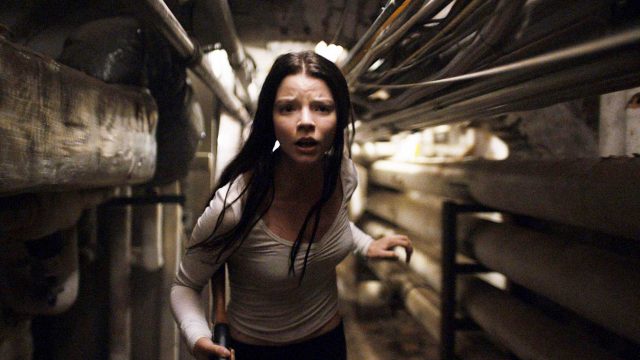 As with all of Shyamalan’s films (Airbender and After Earth excepted), Split comes with a requisite twist, or rather a sting in the tail. For those who’ve seen the film, you’ll know of what I’m talking about – I really didn’t like the clumsy way it was done, hamfistedly shoehorned onto the end of the movie similarly (but nowhere near as effectively) as Samuel L Jackson’s cameo at the end of Iron Man, ushering in what could mildly be described as the “Shyamalaniverse”. While I’m not entirely convinced the world needs it, possible sequels to this film’s overall trajectory indicates…. potential, and if we get more fascinating films like this, then I’m all for it.

You can safely add Split to your collection of good M Night Shyamalan films. The film has a strength of story and precision of plot that went missing for M Night for a number of years there, and dear Lord it’s good to have them back. Well acted, tautly directed and definitely worth a look.