Although it might ostensibly be a fairly light, fluffy docufiction film, there’s a darkness to Tabu that resonates with director FW Murnau’s cinematic sensibilities. If you’ve seen Nosferatu, or even Sunrise, you can appreciate just how dark Murnau works with his subject matter, and while Tabu begins with a flourish of native Tahitian life (including a smattering of pre-code nudity, zoiks!) and a sense of euphoric freedom, things quickly turn bleak for the film’s primary subjects, lovers Matahi and Riri, as their love contravenes local law and custom. There’s a vague whiff of Romeo & Juliet about Tabu’s descent into tragedy, and although a noticeably weaker film from Murnau, there’s enough within the story to bring a sense of lament and melancholy to an age now far behind us. 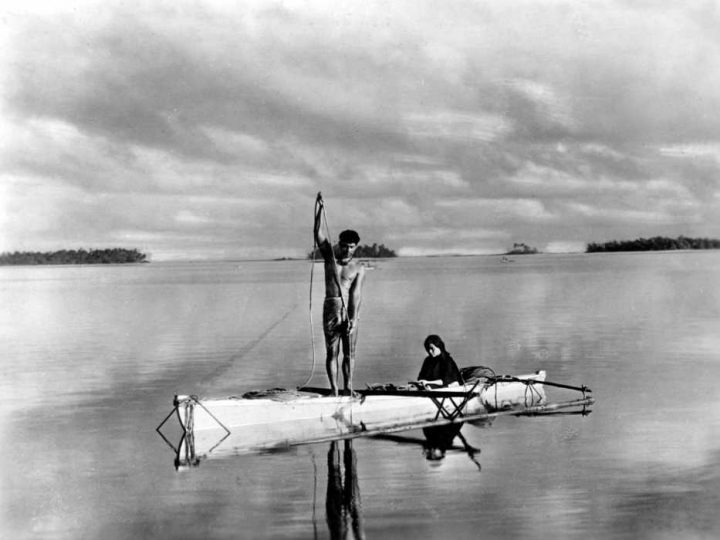 Matahi is a young man living in Bora Bora, deep in the South Pacific. He’s besotted with a local girl (Anne Chevalier, credited as Riri through her screen career), who he intends to marry. However, an emissary from a nearby island informs the tribe that the Girl has been chosen to be the sacred maiden to the Gods by the island’s chief; she therefore becomes “taboo”, untouchable and an object never to be lusted after or looked upon, hitherto upon punishment of death. Which is pretty darn serious. Matahi, therefore, flees to a French colony with the Girl, where they live with a fragile knowledge of Western customs. Matahi becomes indebted at the local bar, while the Girl frets about their future when Hitu, the elder emissary, discovers their location and threatens them.

Threading a fictional narrative through what is a largely kitschy travelogue film takes a brave director to achieve with any sense of tension or audience empathy, and yet Murnau’s work on Tabu is typically visual and decidedly stark. He pulls no punches: Tabu’s resplendent opening sequences, in which throngs of Polynesian natives frolic and play amongst the waterfalls and lagoons of their idyllic paradise, contrasts harshly with the obviously matriarchal system of government of the period. It’s a time in which the women were sacrificed as virgins to the gods, and anyone disregarding the sacred laws was put to death – a harsh punishment indeed. Tabu, a derivation of the English “taboo”, echoes the sentiment of its title in as depressive a manner as Murnau can muster – from the moment Chevalier’s Girl is decreed to be the one, you just know where the film is headed, and it ain’t great. 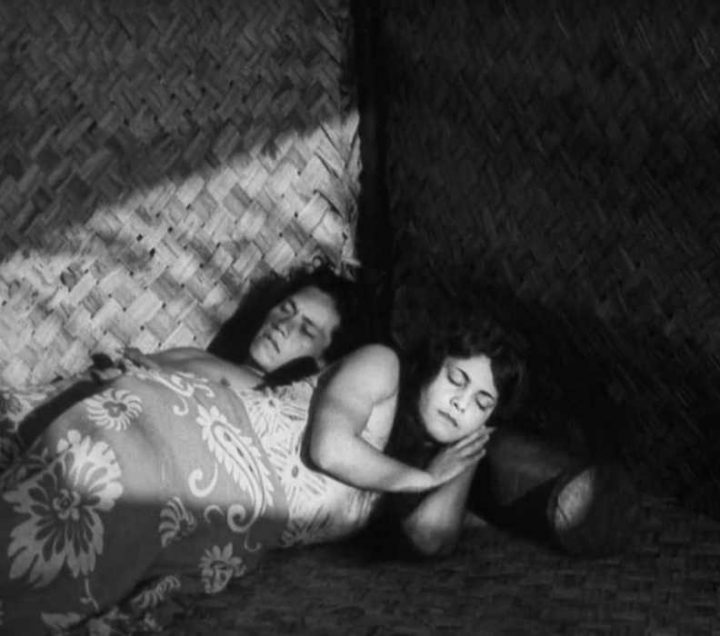 It’s a bit of a shame that Tabu was Murnau’s final film – he passed away following a vehicle accident a week prior to the film’s theatrical debut – because although possessing many of the director’s thematic ideas, the story and acting is really rather weak. Matahi is expressive enough when he smiles, but he’s unable to convey the emotional range the tragic story requires. So to, Anne Chevalier’s eponymous Girl, who stretches her range from coquettish virginity to maternal worry, lacks the ability to really sell the role. This isn’t their fault particularly, because if nothing else they certainly look the part, but Murnau’s direction feels lost, almost ambivalent to the story, despite the director receiving a co-credit on the screenplay. Silent films live or die on their cast, because the cast need to carry the emotion and tension and angst of a story on their faces – there’s no dialogue to rescue things here – and Tabu loses momentum the moment it angles into darker territory.

To be honest, I found Tabu a touch too melodramatic for my tastes. That’s not to say it isn’t a worthwhile film, because it is (and it’s a Murnau film, so come on!) but comparisons to other films the director made render this entry more of a curiosity than anything particularly compelling. Some delightful location filming and an interesting visual style by Murnau (especially towards the film’s dark final act) make Tabu a time-capsule of note, but as a narrative film there’s a frustrating dearth of interest to be found here.