You know that old saying, “they don’t make ’em like that any more”? Well, that’s exactly what I was thinking the whole time I was watching Grand Hotel, an early 30’s Best Picture winner making terrific use of its top-line Hollywood cast and some really good production design. Whether that’s a good or bad thing in this instance will depend on your tolerance for the staid, overly romanticised elements Grand Hotel, of which there are many, but for the cineastes amongst us, we’ll lap this kind of thing up like candy. Grand Hotel is based on a 1930 stage play, which itself was based on a 1929 novel (wow, they certainly had short turnaround times back then, didn’t they?) and comes to the big screen with the steady style of MGM-regular studio director Edmund Goulding; it should be noted that Grand Hotel remains the only film to-date to win Best Picture without a single other Academy nomination – a startling fact in today’s modern era. 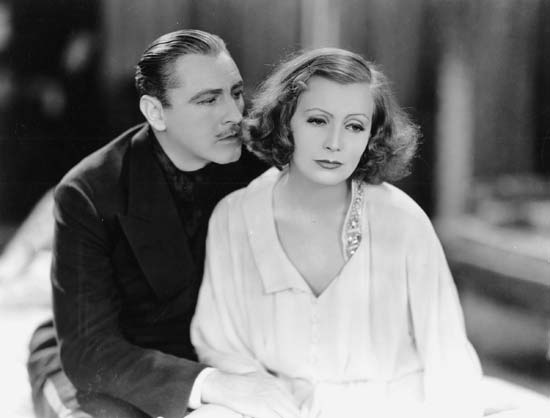 The Grand Hotel in Berlin, Germany, is a popular residence for the rich and famous (and wannabe rich and famous) to mingle and live. One resident, Baron von Geigern (John Barrymore) is a heavy gambler, and up to his neck in debt, leaving him to set up a plan to burgle some expensive pearls from the in-residence prima ballerina Ms Grusinskaya (Greta Garbo). Ms Grusinskaya, meanwhile, is tempestuous towards her own career, known for cancelling her appearances and performances at the last minute for no discernible reason, leaving her manager often apoplectic, and her audiences waning. The stammering Mr Kringelein (Lionel Barrymore) is set to spend up big at the hotel, having only been given a short time left to live due to a serious illness. Then there’s businessman-oligarch Director Preysing (Wallace Beery), who’s having trouble with his latest deal and requires a stenographer, Miss Flaemmchen (Joan Crawford) to type out his dictated notations. Through a single evening, all of these characters clash and cross paths with romantic, hilarious, and occasionally tragic results.

Grand Hotel has been described in certain circles as “the very distilled essence of Golden Age Hollywood”; this statement is accurate. The film looks amazing, with superb production design and terrific cinematography making the best use of such wonderful sets and actors, and the stories within the film certainly maintain your attention. You’ve got A-list stars like Garbo and Crawford leading the charge, both as no-nonsense women of assertive style despite an obviously of-the-era sexual diminishment rife throughout the movie. That notwithstanding, Grand Hotel goes for broke with both sly humour and, at times, tense sadness, particularly in the film’s final tragic act in which one of the major players is bludgeoned to death (with a telephone) by another. It’s hard to know whether to describe this film as a drama, a melodrama, or a weird not-quite-thrilling thriller, for it’s interlocking arcs involve elements of all three. They don’t always work, I felt, but the mechanisms of farce, vaudeville and old-fashioned charm continue to generate interest throughout. 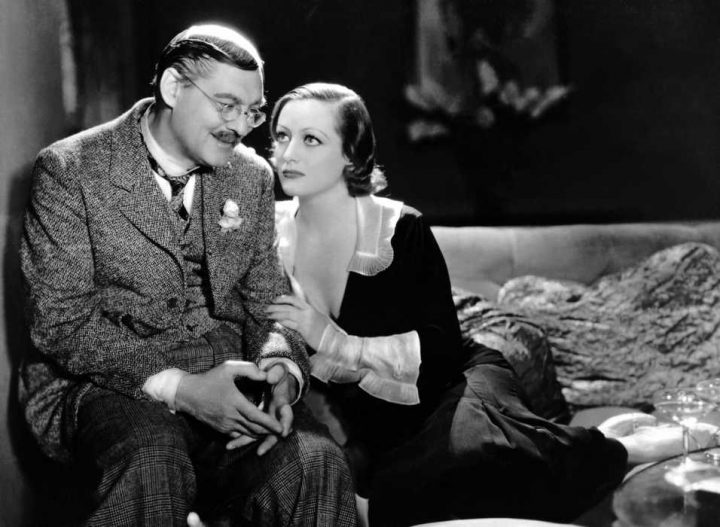 Of the three larger stories, the one that worked least for me was the Crawford-John Barrymore romance, which felt too manufactured for my liking but obviously played to the crowds of 1930’s America destined to see it. John Barrymore, together with his brother Lionel, formed the first generation of the legendary Barrymore acting family (of which Drew Barrymore is a descendant) and both John and Lionel do particularly solid, if undemanding work, in Grand Hotel. John’s chemistry with Joan Crawford is entrancing, but the story behind their on-screen coupling is less so. Lionel, meanwhile, has a lovely time in “mild-comedy” mode as the babbling Mr Kringelein, interacting with panache against the other players in this film. Greta Garbo’s role in Grand Hotel wasn’t as memorable as I’d hoped (or expected), but for every second she’s on the screen you can’t take your eyes off of her.

The film’s most controversial story element, and perhaps its most melancholy arc, is that involving Wallace Beery’s Preysing, a bullish businessman using scheming tactics to achieve an outcome in his favour. Beery, who had won the Best Actor Oscar only a year earlier for his work in boxing flick The Champ (opposite child star Jackie Cooper), has the gruff, bearish demeanour a part like this demands, but I found the depiction a touch antithetical to the tone of the overall film. Beery’s portrayal isn’t the problem so much as the direction of him, and if nothing else it made me watch to grab a copy of The Champ and see him deliver a solid dramatic performance.

Several of Grand Hotel’s moments have become cinematic touchstones – the “…nothing ever happens” line, as well as Crawford’s “I want to be alone” refrain, didn’t leap out at me as instant classics; instead, the film grabbed me as a purely visual enterprise that sparkled from start to finish. The sprawling hotel sets, from its expansive lobby to interior corridors and lavish penthouse apartment rooms, are stylish and incredibly well designed, and the lighting in this film is fabulous. While one could describe Edmund Goulding’s direction as unoriginal and relatively constrained, the editing in Grand Hotel does more work for the narrative than where the camera is placed. Using such a large ensemble to cross-cut storylines and interject sidebar points is inherently difficult without significant planning and preparation, and I’m loathe to fault Goulding’s ability to capture the sparkle and zest of the screenplay’s obvious love of this story, but it stuck me as I watched that the characters whizzing in and out of shot and scene aren’t as technically precise or as breathlessly inventive as I’ve seen elsewhere. 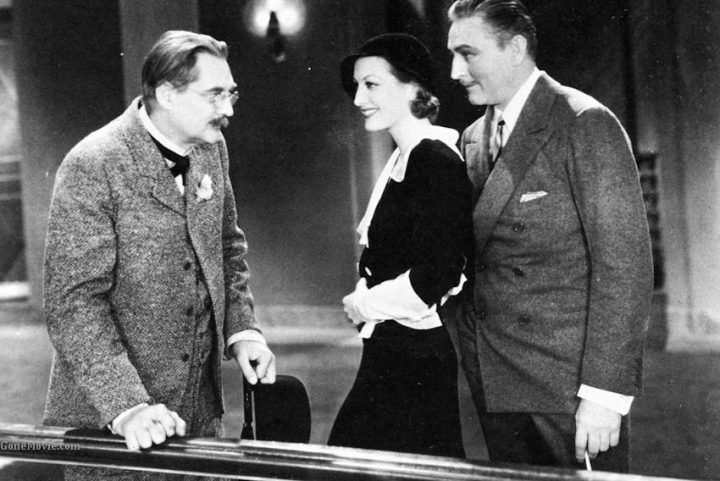 Part of Grand Hotel’s allure to me at a personal level is the cinematography of William H Daniels. Daniels’ work is best known in films such as The Naked City, von Stronheim’s Foolish Wives (one of his first credited works), and many of the films of Greta Garbo – he was described as her personal lensman – and it’s the latter element for which this film has particular appeal. The camera just loves Garbo (as well as everyone else, but especially her) and you can tell both the actress and the cinematographer knew how to get her best angles. Williams’ photography of the women in close-up is the archetypal smeared-with-vaseline soft-focus look, and in hi-definition it looks stunning. Garbo and Crawford were genuine Hollywood superstars of their day, and you can easily understand why. But Williams’ work away from the female cast is also worth noting, for his use of shadow within the hotel’s vaulted ceilings and “modern” style is at times starkly evocative, and at other times subdued and somewhat menacing. Architecture within the frame almost became a character in and of itself: often, I found myself concentrating more on Williams’ use of framing and camera placement, together with his lighting design, more than the actors and the story.

Grand Hotel holds up purely because of the draw of the cast involved, as well as its brilliant set design (and less so it’s costuming). Its interlocking stories are good enough without being genuinely memorable, and aside from a distinctly melancholy conclusion (at odds with its relatively bright and bubble beginning and middle), Grand Hotel is genuinely entertaining in a resolutely Hollywood way we don’t get these days. I’m never going to lament the introduction of modern film-making techniques which saw the death of this stagey, occasionally fantastical style of performance and cinema, but it’s worth noting once again as you go into Grand Hotel that they really, truly, just don’t make ’em like this any more.