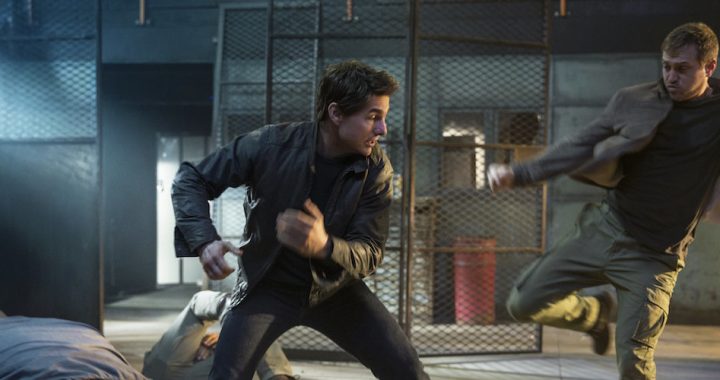 Tom Cruise’s action-man status has in no way diminished as he runs confidently into his older years; still the box-office draw post-Y2K for Hollywood, Cruise continues to go from strength to strength, in spite of honest-to-goodness mediocrity like Jack Reacher. The first film limped into Cruise’s oeuvre, and I never held much chop that the inevitable sequel, Never Go Back, would improve the situation, despite the addition of acclaimed director Edward Zwick (The Last Samurai, Legends Of The Fall, Courage Under Fire) and Avengers actress Cobie Smulders. The Reacher character always felt too similar to Cruise’s Ethan Hunt role, only without the tech assist or the exotic ability to scamper across the globe unchecked, and Cruise’s square-jawed performance style between the two lacked the ability to differentiate itself. 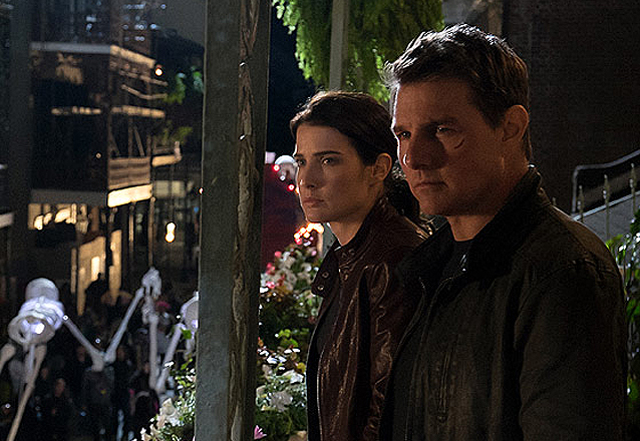 Reacher returns to Washington DC to help a military Major, Susan Turner (Smulders), who has been charged with espionage. The further Reacher digs into Turner’s case, he learns that her most recent investigation has dealt with a US-based company whose work for the military has left a few people grievously upset. Turner’s CO, Colonel Morgan (Holt McCallany), as well as contract killer (Patrick Heusinger) working for General James Harkness (Ropert Knepper) search the city, and country looking for Reacher and Turner, who are accompanied by a young woman it is asserted is Reacher’s hitherto unknown daughter (Danika Yarosh).

If damning Never Go Back with faint praise is the worst thing I could do, it’s to say that it’s better than the first film. Although resolutely stuck in its big budget TV formula, Never Go Back offers tacit thrills and at least a competent degree of pacey, covert-ops tension and fugitive-led chase cinema, and if it’s undemanding dramatic weight you crave then this is most definitely the film for you. Smothered in darkness and shadows, helmed with what I’d call “perfunctory blandness” by Zwick, and astonishingly bereft of a compelling climax, Never Go Back’s crime-lawyer yarn never quite gets out of second gear. Villains are generic, the crime itself is generic, the action feels stretched beyond the film’s budget, and Cruise’s stern-faced approach to Reacher himself becomes more a hindrance than a help.

Working in the film’s favour, however, is the fact that Reacher remains entirely human; unlike Cruise’s other heroic characters, Reacher can be hurt, beaten, even killed I guess, and this natural sense of jeapoardy does elevate things considerably. This isn’t to suggest Reacher ain’t formidable, because he sure as hell ain’t a fella you want to cross the wrong side of. The whole “one step ahead” routine does become a tad grinding at times, and had the filmmakers taken a chance on making Reacher at least fallible in that regard I’d have given them more credit, but at least Cruise ain’t some unkillable death machine like he is in most of his action films.

Cobie Smulders’ Turner is a nice hard-ass touch to the film, echoing Reacher himself only without the special forces training. Young actress Danika Yarosh’s performance wavers between nice and piercing, stuck in that “child actor” style that’s become so difficult to break away from. Her petulant style is lamentable. Her softer side is better. Patrick Heusinger essays the film’s chief antagonist, a nameless assassin sent to hunt down Reacher, but as with most of these kinds of films there’s never any real development or humanity behind the character. He’s just an asshole for the sake of it, undercutting the film’s inherent humanity significantly. Bit parts to Robert Knepper and the always excellent Holy McCallany provide ballast to the relatively thin story, and offer mechanical red herrings for the plot to hang its inadequate “twists” on.

Another aspect I enjoyed in Never Go Back is Henry Jackman’s score. It’s a perfect accompaniment to the on-screen action, and at times I was hoping more “action” would happen just so I could hear more of his rousing percussive work. Oliver Wood’s photography on the film is also excellent despite the majority of it being shot either at night, or lit by fluorescent bulbs, and the film has a “techie” look that I think is a nice way of inserting the viewer into Reacher’s world. Although, for a character so obviously inspired by pulp crime writing, the film lacks a distinct grittiness which might have worked a touch better.

Creative decisions aside, Never Go Back isn’t bad, nor is it great. Cruise’s performance is solid without stretching him, and he’s aided by a roster of decent talent in search of a better story to tell. Zwick’s direction, which is normally so stylish and exacting, feels like he’s trying to do a Paul Greengrass on Bourne Supremacy here and it never quite works. His camera is all over the place, his sense of space and pacing is off, and the action scenes lack the zing other big-budget projects often enjoy. It doesn’t ruin the film, it just hinders things a lot. Undemanding viewing doesn’t get much more undemanding than Jack Reacher: Never Go Back. Hopefully, this is one franchise that won’t ever come back.