The third in the increasingly banal Dan Brown film series (based on his books) following The DaVinci Code and Angels & Demons, Ron Howard’s Inferno once more sees Tom Hanks essaying the author’s eponymous symbologist hero in Robert Langdon as he attempts to unlock a puzzle that will prevent… the collapse of humanity? To be honest, Inferno’s central premise offers not a lick of sense in the making, stumbling around the idea that humanity is barely forty years away from total collapse due to overpopulation (an idea which has merit), and that a cleverclogs science dude has come up with a way of solving this problem; kill most of the people on the Earth. 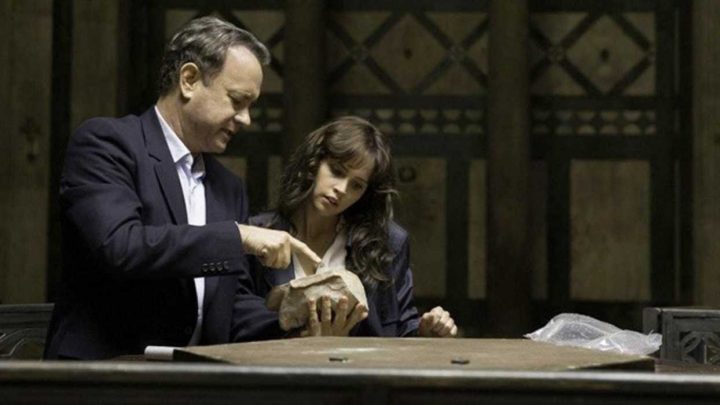 As with the previous books/films, Brown’s narrative is breathless, often confusing, and always gleefully abandoned in the pursuit of potboiler intellectualism and overripe theoreticals about symbols, Renaissance paintings and the meaning behind it all. Inferno lacks both DaVinci Code’s raw sense of discovery and Angels & Demons‘ sense of Papal fanaticism and conspiracy, evolving into a fairly plain “ticking clock” film whereby Hanks’ character is shoved firmly out of his comfort zone to become some kind of fringe action hero. While the opening half of the film deals with Brown’s patented puzzles-and-clues routines, prominently featuring the concept of Dante’s Inferno (heh, I guess that’s where they get the title, right?…) to what end I’m still not entirely sure, the second half of the film collides logic and cinematic routineness to deliver a film short on smarts, plentiful on beautiful locations and off-the-tourist-path action, and ultimately lacking in coherence.

Hanks, as always, is as resolute a screen performer as Hollywood can offer; his Robert Langdon is also as bland a cypher through which exposition is relayed as modern film has managed to capture. Langdon’s history with World Heath Organisation agent Sinskey (Sidse Babett Knudsen), told in flashback, is as close as we’ve come to any kind of development to the character across all three films, while the film’s sense of frantic action and breathless “thrills”, none of which are actually thrilling, predispose such development to be forgotten as quickly as it’s established. Hanks’ co-star in this, Felicity Jones, plays Sienna Brooks, a hospital doctor who is snatched up in the race to prevent human extinction when she saves the good Robert from death at the hands of a corrupt Florentine policewoman. Jones is adequate but hardly terrific in the part, although this is more to do with the part being largely handbag-worthy of the Langdon lead, a bit like the assistant to the Doctor in Doctor Who.

Omar Sy plays another interested party in acquiring Langdon’s knowledge, and so too is the mysterious Mr Simms, played by a sarcastic Irrfan Khan, in a role far better than the opening third gives him credit for. Ben Foster is wasted in a short-lived role of the inexplicably named Bertrand Zorbrist, the scientist who will unleash Dante’s Hell upon the Earth with a virulent pathogen designed to cleanse the world and basically hit “reset”. Foster’s story ends in the film’s opening scenes, but he continues to provide context to the twists and turns of the film through video footage and flashback. As with every Dan Brown novel, and subsequent film, not everything or everyone is as they seem, so going into this film you have to expect the unexpected and assume nobody but Langdon himself is the “good guy”. Sadly, Ron Howard’s direction, based on David Koepp’s resiliently incoherent screenplay, lacks the evocative nature of Brown’s middle-school prose style, meaning this film is like watching Rembrandt paint a join the dots picture with a sledgehammer. 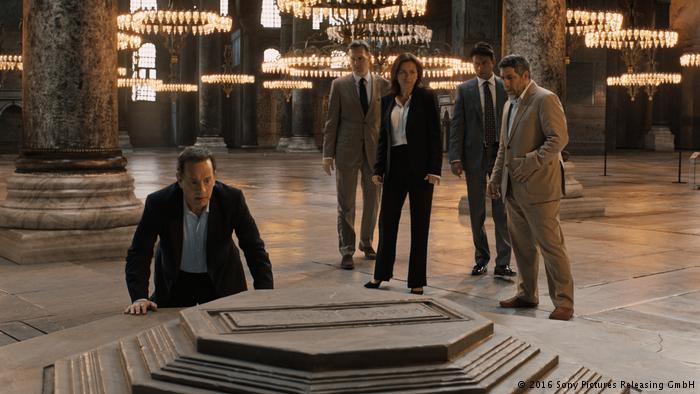 Howard’s direction here feels constructed rather than organic. Take a look at possibly his best work in years, Rush, a film which was obviously a passion piece for him given its energy and immediacy. Inferno, by comparison, simply ambles, often aimlessly, with the director almost helming this film from the editing suite rather than on set; the film’s sense of purpose is opaque, it’s sense of excitement, discovery or even tension dissipates faster than you can blink. Not even Hans Zimmer’s rote score, featuring his admittedly beautiful melodic motif from DaVinci Code once again, can raise the excitement here. Maybe it’s because the stakes are so enormous, the scale of potential disaster so above our understanding, it becomes little more than white noise against the running and the shooting and the puzzle-solving. I’m not sure, but that has to be part of it.

How anyone can stand in some of the world’s most beautiful locations like Florence or Istanbul, looking at some of the world’s most beautiful art and artistry, and create such a functionally inane piece of cinema, I’ll never understand. Inferno’s puzzle lacks impact, the twists lack the awe inspiring breath-taking of DaVinci’s Christian foundation-rocker, and Hanks at times appears to be confused as to why he’s even in this thing. Inferno doesn’t sizzle, nor does it provide much heat at all really; a film designed to capitalise on the fanbase Dan Brown carved for himself, and few others, Inferno’s gridlocked narrative and decidedly clumsy central premise prevent much entertainment to be found within its slick, shiny walls.