It’s hard to fathom just how monumental a change to the cinematic landscape the introduction of “talkies” must have been. Since the introduction of motion pictures, just before the turn of the century, the medium had been silent, accompanied live by a piano or in some cases an orchestra, and it was all anybody knew. Then along came technology, microphones and the ability to record synchronised sound to the film stock, allowing actors to actually talk to an audience rather than forcing them to read title cards to understand elements of the plot. It effectively tipped an entire industry on its head. A little bit like the introduction of touch-screen phones, I imagine. In the period following the first sound films, many an actor and actress of the old period suddenly found themselves being left behind for, as The Artist so indelicately puts it, “new meat”. Those who embraced the new technology leapt ahead, while those who refused to move with the times (Charlie Chaplin was a famous resistor to the advent of talkies) were consigned to the popular scrap-heap. 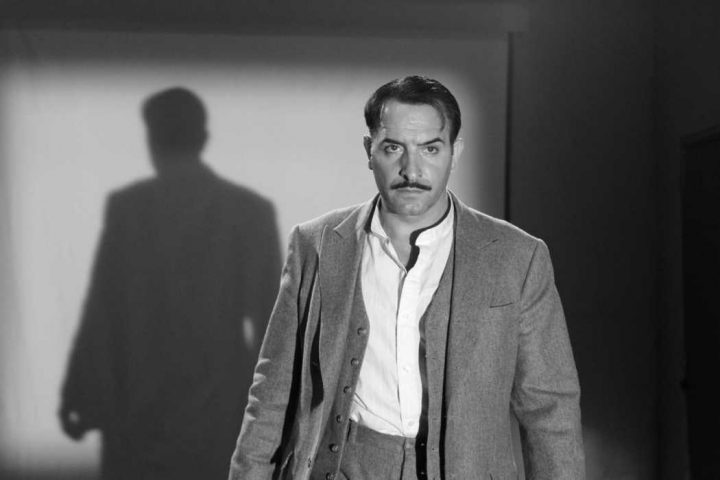 It’s the end of an era in Hollywood: silent films are about to give way to talkies. The world’s biggest silent film star, George Valentin (Jean Dujardin) is wealthy, popular, and holds sway with Kinograph Studio’s boss, Al Zimmer (John Goodman), but is unhappy at home with his wife Doris (Penelope Ann Miller). Following a chance encounter with wannabe starlet, dancer Peppy Miller (Berenice Bejo), George find his career spiralling downwards with the introduction of sound, for his refusal to embrace the new technology makes him an outdated entertainer. Peppy, meanwhile, works away in supporting roles and gradually climbs the talkie ladder, becoming a major studio star. Bitten by pride, George finds his old life disintegrating – his wealth vanishes, as does his wife, and he must give up employing his long-time butler (James Cromwell). Only from an unlikely source can George, nearly suicidal, be redeemed.

There’s little wonder the Academy of Motion Pictures gave out the Best Picture Oscar to The Artist at the 84th Academy Awards: Hollywood loves films about itself, and The Artist is a pure, unfiltered (sort of) nostalgic love-letter to an era of filmmaking history that remains as endearingly popular now as it did nearly a century ago. It’s a film about film, and that, my friends, makes The Artist a sure-fire winner in my book. Strange, though, that a French-funded project, starring two French actors and boasting a smattering of Hollywood A-list talent, filmed in black and white and in the Academy’s old 1.33 ratio, would snag the Big O come Oscar time…. 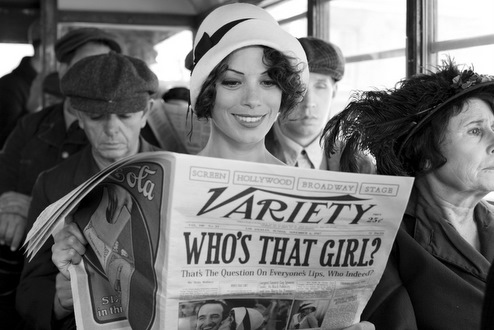 The Artist is a fantastic movie. It’s uplifting, fun, funny, zesty, filled with loving soft-focused craftsmanship around both the performances and the production itself, and by the end you’ll have a great big grin spread across your face or else you’re literally dead. It’s that good. Led by the wonderfully crisp work of Jean Dujardin (who won Best Actor for the role, unsurprisingly, but I still think Gary Oldman’s work in Tinker Tailor Soldier Spy that year was better), who personifies old-time Hollywood swagger and charm, The Artist’s fondling of history into a surprisingly prescient duelling arc of pride and movie magic is effortlessly enjoyable despite some folks suggesting “it’s silent, so it’s crap”, which is further from the truth than you’d imagine. Dujardin’s George takes on the charisma of a Douglas Fairbanks or Errol Flynn style of Hollywood star, while the stunning Berenice Bejo, as rising star Peppy Miller, lights up the screen with her dazzling megawatt smile. Both actors have what Clara Bow once referred to as “it”, superb chemistry and a definite sex appeal, and despite not appearing together on screen nearly enough for my liking, their respective journeys to the films conclusion is both heartwarming, heartbreaking, and altogether joyous.

The film is technically a partially silent film, although the large majority of it is without foley or dialogue. Without spoiling it, the surprise of The Artist comes when momentary foley effects are used in a crucial scene, as close to a meta reference within the silent genre as you’ll ever see, and one of the moments I actually whooped in delight when it happened. Plus, the film’s conclusion…. well, you have to see it. It’s one of the best endings to a film, silent of otherwise, I’ve yet seen. So rapturous, so delicious! Given I’ve only been watching silent films seriously for a little over two years I cannot claim to be a connoisseur of the period, but I’ve seen enough now to pick up on the little homages and tilt-o-the-hat to the era in much of director Michel Hazanavicius’s style. References to Greta Garbo (a Hollywood star who successfully transitioned between silents and talkies), as well as Abel Gance’s 1927 film Napoleon, and the works of FW Murneau and Fritz Lang, all provide contextual waypoints for audiences familiar with Hollywood lore. 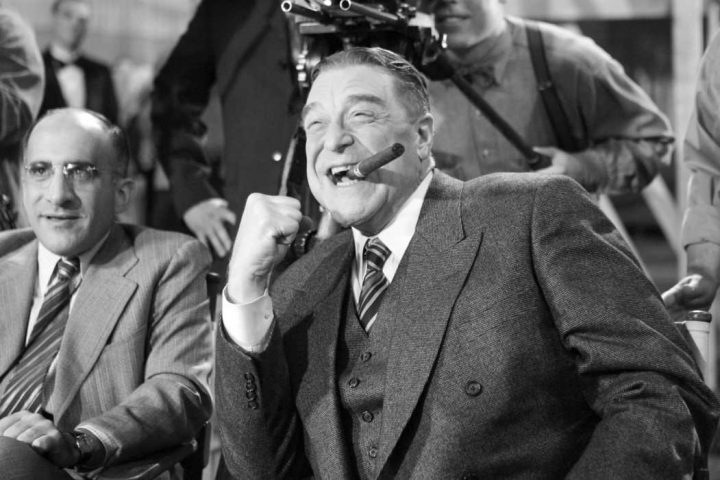 Key to the film’s hypnotic quality is it’s production design, of which I touched on earlier. It’s worth reiterating: this film looks superb. The crisp monochrome palette and the 1.33 frame give Hazanvicius the perfect canvas on which to craft his poem to Hollywood’s grand old days. The set design, from the studio floor, the complex ironwork staircase of the Bradbury Building that looks like an Escher drawing, to the streets of Los Angeles (obviously shot on a backlot, I presume) and the olde-timey cinemas in which our characters view each others’ works, The Artist brims with visual flair and…er… artistry behind the camera, coupling with that in front. The cinematography by French lensman Guillaume Schiffman picked up both a BAFTA and Caesar Award for his work, while he snagged an Oscar nomination as well: the imagery in this film is beautiful, like moving works of art brought to life.

If there’s a single drawback to the film, it’s the story, which is as archaic as time itself. The old has-been, replaced by the fresh new face? Done. To. Death. Despite this, however, you never really feel let down by the simplistic nature of the premise, and are drawn into it purely because it seems so magical. George isn’t the deepest character ever seen on the screen, and his fall from grace sees him spiral into a despair so deep you kind think it’s all a bit much, but overplaying the emotional content like this allows the actors to hyperextend themselves visually to contrast the lack of dialogue. Bejo, in particular, has such a radiance to her, you can’t help but smile each time she’s on screen; her work as Peppy is, again, simple for the story, but the actress performs it brilliantly.

As somebody who has worked at becoming accustomed to silent cinema, The Artist is a real treat. Was it right that a silent film paying homage to the industry itself would beat out legitimate claimants such as The Help or Midnight In Paris to take home Best Picture? Who can say: casual filmgoers would barely remember any of those films so it probably doesn’t matter. What matters is that The Artist is a brilliant, beautiful film filled with the corny ol’ “movie magic”, and that’s enough for me. A true delight, this film. Thoroughly recommended.

3 thoughts on “Movie Review – Artist, The”