There’s few literary giants (if you’ll pardon the pun) who so adeptly capture the imagination of child readers as Roald Dahl. There’s few film directors who so often adeptly capture the nuance of a child’s imagination as Steven Spielberg. Naturally, you’d think combining the two would be a match made in cinematic heaven, and no doubt you’d also think about why it’s taken so long for Speilberg, the Hollywood wunderkind of our age, to get around to adapting one of Dahl’s insistently fantastical stories. The BFG, directed by Spielberg and boasting a screenplay by the late Melissa Mathison (ET, Kundun, The Black Stallion) from Dahl’s original story, is exactly the kind of fantastical adventure yarn the man would have made in the 1980’s were he not so ensconced in Indiana Jones sequels and tales of stranded aliens. It’s a contrast to his more recent adult output, which while navigating the traditional Spielbergian whimsy and uplifting sense of hope, remain rooted in the darker sides of human nature; The BFG is, similarly to the animated Tintin, an escape for Spielberg into the world of make-believe and fantasy, imbuing his film with a soft-focus lament to simpler times and happier moments. 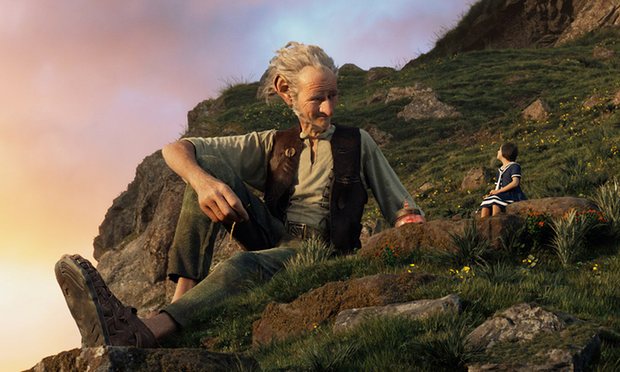 Sophie (Ruby Barnhill) lives in a London orphanage, but is “kidnapped” by an enormous giant when she accidentally catches him scouring the city streets late one night. Initially fearful, Sophie eventually befriends the “Big, Friendly Giant” (Mark Rylance) while living in Giant Country, where the BFG’s fellow inhabitants, led the by the odious Fleshlumpeater (Jemaine Clement) seek to eat as many “human beans” as possible. Sophie, together with the BFG, must appeal to no higher authority than the Queen of England (Penelope Wilton) to rid the world of the nasty human-eating giants and bring the world peace.

The BFG is a story that lends itself perfectly to Spielberg’s deft touch. A young orphan, a “monster” who ends up being anything but, and the child-is-smarter-than-an-adult motif so prevalent in many of the director’s “kids films” combine to give the director his best hope yet of another post-millennial smash-hit and pop-culture entry point. Unfortunately, while The BFG is a delightful film, and will captivate the imaginations of many a younger viewer, it’s about twenty minutes too long and utterly enraptured by its own cleverness, which is more to do with Spielberg’s self-reflecting ego than it is about story. As a director, Spielberg no doubt commands the respect of the entire industry for his service to the medium, and once more he’s crafted a film that lingers long in the memory for some of its more iconic imagery, but in watching this film I couldn’t help but think that had Michael Kahn taken a razor to his edit, and reduced some obviously “look how clever we are” sequences that tend to drag, tightened the narrative up a notch, we’d be talking about this film in the same reverential tones we do about ET and War Of The Worlds, the latter of which was a landmark in the man’s career for an utter lack of showboating and extravagance. 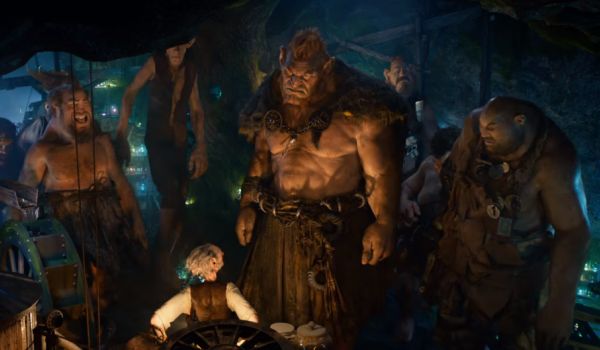 The BFG’s sense of wonder and awe is prevalent throughout much of the film’s early stages, as Sophie and the BFG spend time bonding and discovering each other’s personalities. However, as the film stretches into its second hour, and Sophie manages to break into the Buckingham Palace grounds to see the Queen, the narrative dulls and the emotional impact of the sincerity in Sophie’s plight dilutes. The relatively mild threat posed by Fleshlumpeater and his band of fellow giants (all mo-capped by a gaggle of competent actors) is played almost in a slapstick manner by Spielberg’s editing, so instead of menacing villains for Sophie and the BFG to combat we’re left with what look to be Warcraft castoffs engaging in snivelling stupidity and insufficient credibility. And despite Spielberg’s obvious devotion to rendering his spectacular CGI effects with as much camera-hogging attention as possible, the overkill of the giants, as well as the free-reign afforded to the go-everywhere camerawork, generates a lot of the same issues people had with Peter Jackson’s Hobbit sensory overload. Too much of a good thing dilutes the good thing.

Despite traction issues with the narrative’s final act (and one of the least interesting endings to a Spielberg film in recent memory), both Mark Rylance and Ruby Barnhill perform admirably alongside the other. Rylance, whose physicality and facial features have been morphed digitally into that of a genuinely startling Giant, competently mangles the English language in Roald Dahl’s effortless gibberish-speak: it’s the kind of whizzgobbler, hanglebarry gutblubber wordfart stuff that makes any decent kids book worth its time, and Rylance nails it. Barnhill is solid if ineffective at times, lacking the ability to convey the character’s inherent sadness and joy at her life and the situation, but still engaging as the strong-willed Sophie. Penelope Wilton’s Queen is a chortle, while Rebecca Hall and Rafe Spall are wasted in minor supporting roles. 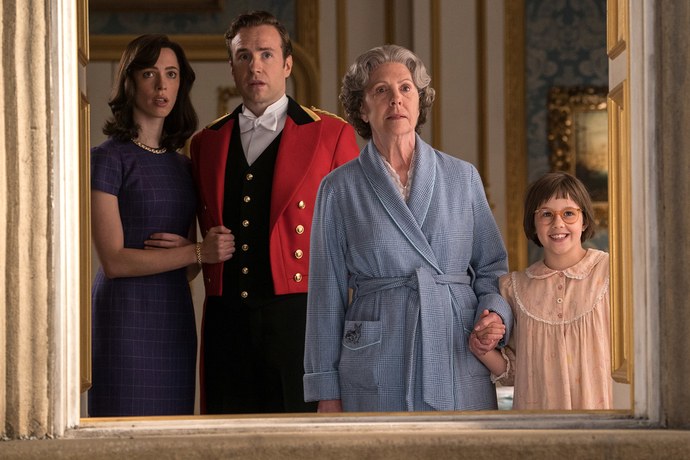 The film aims squarely for young kids: target acquired, bombs away! While adults will find much of the humour a tad juvenile, kids will lap up both the gorgeous animated effects, the delightful whizz-bang colour palette, and an ongoing flatulence gag that threatens to undermine the whole thing. There’s an efficient sense of unreality to the movie, grounded as it may be in the physical world you get that it’s all make-believe magic, which isn’t so much a problem as it is a subgenre in and of itself. The BFG’s lack of a truly engaging Bad Guy, a vacuum of menace leaving Sophie and the BFG to simply strike at thin air emotionally, is what encumbers its deficits. If you’re of an age where you can remember watching The Neverending Story, or Labyrinth for the first time (or The Dark Crystal, for that matter), then The BFG hits similar aesthetic values without really capitalising on its strengths.

When its focus is directed inward, on the relationship between Sophie and the titular giant, The BFG is engaging and sweet-natured despite an undercurrent of pandering to children’s enthusiasm. When it tries to go broad-scale, particularly with its climactic giant battle sequence, the film feels heavy-handed and lacking in enough emotional heft to contrast against it. While not an abject failure, because the target audience will no doubt lap this up, The BFG is extroverted Spielberg being given free-reign on one of literature’s most treasured authors, almost (almost, mind) to his detriment. Dig beneath the surface of this film and the scaffolding wobbles significantly. But, I guess for the price of admission and for the story around which the film is built, you kinda expect the magic to be ruined somewhat if you aren’t a true believer.