Following the enormous box-office take of 1984’s seminal scare-comedy Ghostbusters, it was only a matter of time before Columbia Pictures, distributors of that film, wanted a sequel made. Although initially unwilling, director Ivan Reitman and stars Bill Murray and Dan Aykroyd eventually signed on to make another film, reprising the roles that had captured audience imaginations barely five years earlier. Ghostbuster II, which is exactly the template of a rushed, creatively stagnant sequel, is the result, and while it’s remembered far less fondly than its predecessor, is still a worthy entrant into the franchise.

It’s several years after the events of Ghostbusters, and the team have gone their separate ways – Venkman (Bill Murray) is a very bad television host, Spengler (Harold Ramis) has returned to University, while Stantz (Dan Aykroyd) and Zeddemore (Ernie Hudson) relive the glory days as unwanted children’s entertainers. They have been sued by various state authorities for property damage (thanks, Zuul!) and return to court, where they’re labelled frauds and swindlers. However, when a malevolent spirit in the form of Viggo The Carpathian, currently living as a painting being restored by Venkmann’s one-time girlfriend Dana Barrett (Sigourney Weaver) at the Manhattan Museum Of art, comes to life, the Ghostbusters must reteam and stop yet another attack on New York City.

Ghostbusters II is a weird film. In a sense, it is a basic remake of its own predecessor, complete with spectral villain and ghostly humour designed around a Big Bad the team must unite to fight. In another sense, it’s also one of the first real sequels that feels manufactured out of necessity than it is out of creativity. While the original Ghostbusters was bottled lightning of casting, direction and visual effects, Ghostbusters II’s attempts to return to the well smack too hard of corporate interests than convincing development by writers Ramis and Aykroyd and producer/director Reitman. That said, if you overlook the tonal imbalance between comedy and narrative desperation, Ghostbusters II is a far better film than many people give credit for. 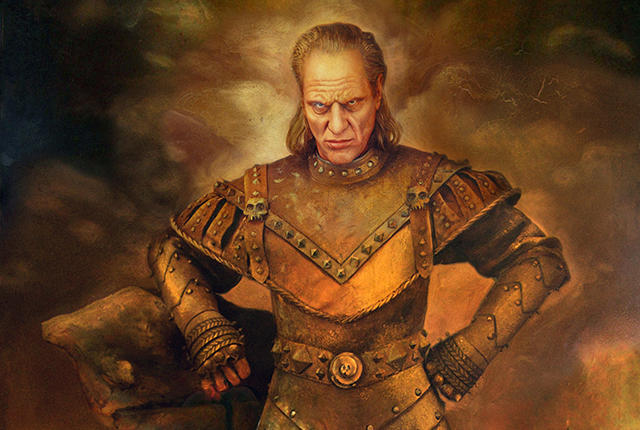 For me, the film sings when it focuses on the core cast and their effortless chemistry together. Bill Murray’s sarcastic wit once again wins out, although instead of being relaxed and cool, the actor feels contractually obliged to be there and it’s a big difference. Sigourney Weaver appears to be having fun as new mum to baby Oscar, the latter of whom becomes an important cog in Viggo The Carpathian’s plan for world domination, while both Dan Aykroyd and Harold Ramis slip into the shoes of their characters with comfort and ease. Ernie Hudson, who was a last-minute replacement in the original film for Eddie Murphy, is given a beefier role here but he still feels like a sidekick than a legitimate member of the team. Then there’s the terrific Peter MacNicol, who personifies creepy as Janosz Poha, the curator of the art museum where Dana works; he’s the human link between Viggo’s supernatural prison and the real world, and MacNicol’s balance of wink-wink humour and deprecating frustration are on-point. The film’s decision to have Rick Moranis and Annie Potts’ characters hook up is also a questionable one, but both actors sell their parts and you can’t fault them for that.

As the film cascades towards its obvious showdown between the team, the Mayor (reprising his role is David Margulies) and Viggo’s horde of ghosts, the film attempts to out-gross its predecessor by throwing our heroes into even worse, yuckier, stickier, grosser scenarios than before, including an adventure into the city’s sewerage system, while Bill Murray’s stalker method of courting Dana Barrett just feels icky. 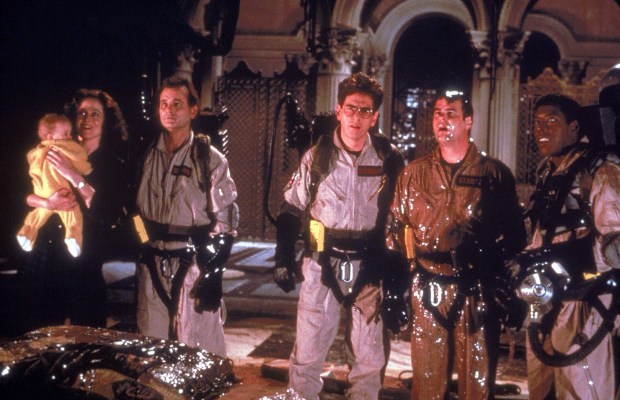 The film’s core problem is its sense of comedic tone. Whereas the original film made you care about these characters with warmth and a sense of depth, the sequel’s desperate attempts to cash in on the franchise’s popularity make it feel harsher and less careful in construction. Ghosbusters II’s sense of unfairness, its sense of underdog victory, are entirely missing: the team are hacks in the eyes of New York, and this inherent betrayal of the original film, no matter how practical to the script, works against the film instead of for it. Somehow, they screwed up the “laugh in the face of danger” element that made the first film so successful.

Although the film made serious bank, the creative brains of the franchise recognised the well had run dry and that they should just stop before going any further. Given this film’s critical failing it’s little wonder a third film was stuck in development hell for thirty years; who’d want to tackle the problems this franchise had started to show? Ghostbusters II doesn’t rise to the same lofty comedic summit the original achieved, and it certainly has its share of sequel-related problems (such as exactly what to do with all your favourite characters), it’s still a heck of a lot of fun for the most part and has more than enough moments of cool to override the stuff you forgot you hated.