The 90’s were a solid time to be an action movie fan. Not least among the classics of the era came Renny Harlin’s 1996 thriller The Long Kiss Goodnight, teaming the Die Hard 2 director with then-wife Geena Davis (they’d ruined Carolco Pictures a year earlier with Cutthroat Island, a film I and about six other people actually enjoyed). In a strange way, Goodnight was a sort-of precursor to the Jason Bourne franchise (right down to the inclusion of Brian Cox, of all people), thanks to its central theme of lost memory and the abilities of a lethal assassin combining to form a covert, fugitive subplot in which brains, brawn and explosives formed a formidable trio of destruction. In and of itself, The Long Kiss Goodnight’s sure-fire 90’s aesthetic and delirious sense of escapism, not to mention committed performances by both Davis and co-star Samuel L Jackson (whose career had exploded following Tarantino’s cinematic monster, Pulp Fiction), result in a popcorn-chewing good ol’ time viewing, the perfect representation of the era, the muscular refinement of a genre still pulsating with Die Hard’s revolutionary legacy, and an absolute bottled-lighting mix of director, actor, story and characters. 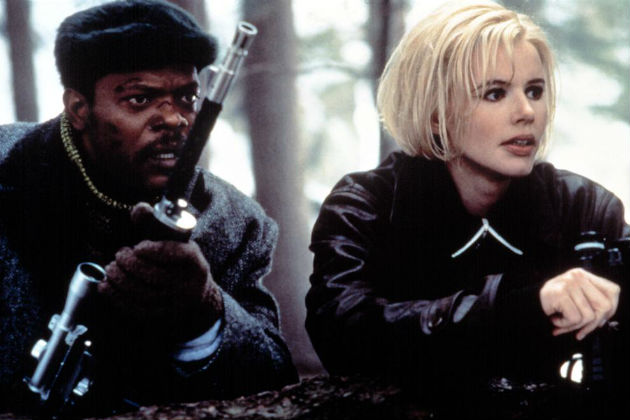 Samantha Caine (Davis) is a happy housewife and mother, living the American Dream through Christmas. She also suffers from a form of amnesia that prevents her remembering anything about herself prior to eight years ago, when she woke on the banks of a river. Suddenly, after a car accident unleashes dormant memories, Samantha finds herself attacked at home by a mysterious assassin. The private detective hired to dig into her past, Mitch Hennessey (Jackson), is initially disbelieving, but ends up being her closest ally as her former associates, now intent on hunting her down and killing her, begin to close in.

Putting it simply, The Long Kiss Goodnight is utterly preposterous, and entirely awesome. Purportedly written by Iron Man 3 director Shane Black – although he would claim the end result to be heavily doctored from his original script – the film is a mix of assassin fanfiction and hodge-podge CIA generics, but it works thanks largely to Harlin’s no-holds-barred direction. Davis’ formidable Charly (Samantha’s real name), one of modern cinema’s iconic feminist prototypical roles, is one of the strongest assets the film has, and in a break from convention of the time mixes it with the boys without so much as raising an eyebrow. Similarly to Matt Damon’s Bourne films, Charly’s amnesiac assassin gradually finds herself entrenched in uncovering the reason for her memory loss by way of exchanging gunfire with those who want her buried deep in the earth, with the character possessing a… er… unique set of skills with which to resolve to avoid sudden death.

Goodnight deals a lot with memory, with repression and, at its heart, a sense of belonging. Identity is a key issue in Samantha Caine’s life, having lost hers some years back, and the dichotomy in the film’s assassin-heavy plotting is between wanting to know more about herself, and terror at what that might mean. No doubt discovering you’re a hard-assed killing machine is enough to screw with most sane people, but Davis’ Samantha/Charly takes it in her stride, and as you’d expect eventually takes on her darker persona and seeks revenge, or atonement, for her former life of death and destruction. Jackson’s Hennessey is the actor’s trademark loudmouth sassmeister, hiding a good heart behind a facade of insult and aggravation, and alongside Davis the actor proves his mettle. 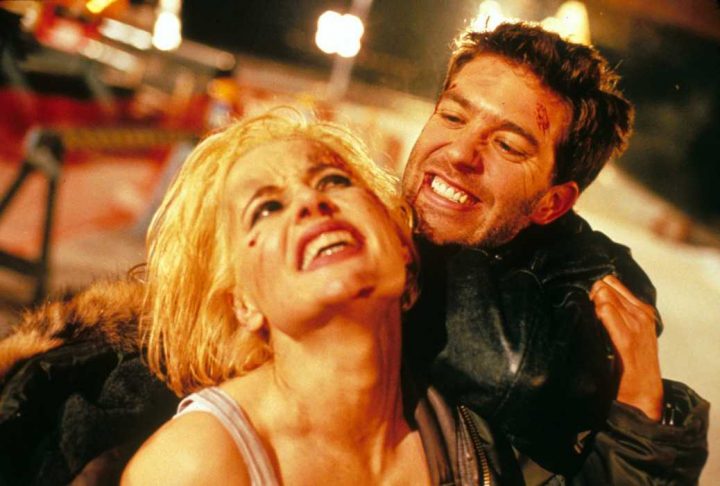 Counter to Charly’s “good guy” part, the film’s villains are largely insignificant other than those portraying them. David Morse is good as a former target of Charly’s, while Craig Bierko (yeah, I had to Google what part of planet Earth he’d fallen off these days) is a bug-eyed delight as central villain, the sadistic Timothy. Samantha’s daughter, Caitlin (Yvonne Zima) and boyfriend Hal (Tom Amandes) offer security in comfort, albeit knowing they’re exposed by her own ignorance drives Charly to protect them at any cost. Brian Cox’s minor role as a former ally of Charly’s isn’t quite as amusing as the film thinks it is, with Cox’s rounded British vowels showcasing a delightful cadence delivering insults, exposition, and the occasional cuss.

With is twisting plot and plentiful action sequences, The Long Kiss Goodnight is concussive, magnificently operatic cinema. Eschewing the more modern sensibility of storytelling crispness, Harlin’s film is both extravagant and overblown, but not to the detriment of either story or audience – it’s all tongue firmly in cheek here, as Davis’ strong central character wreaks havoc searching for her identity. Heck, a minor laugh comes in remembering Hennessey also uses mnemonics to remember things – he sings to himself – so the film’s ripe with iconography driving that sense of identity home. Although buried beneath a slew of pulsating music (from maestro Alan Silvestri) and dynamite cinematography (from Guillermo Navaro, a regular contributor to the films of Guillermo Del Toro), the subtext of the film is pretty clever for a basic action flick, and further consideration should be given to just how well the motifs and psychology of it all play into the screenplay.

Hollywood doesn’t make films like this any more. Instead we get tired Resident Evil sequels and countless comic-book movies. The “hard-R” film seems to have died off a little in this politically correct world we live in, and were there studios willing to covet decent scripts that cater to a less discerning audience, we might find more film like this being made, and less remakes, reboots and sequels. The Long Kiss Goodnight stands tall due to great direction, committed performances on a totally loopy premise, and fantastic action sequences. It’s utterly ridiculous, yes, but beneath the layer of 90’s cleverdixology and Jackson’s screamy-shouty co-starring role there’s a whole heap to enjoy simply for its own sake. Sit back, relax, and enjoy.