Deadpan serious, fancifully “accurate” sci-fi venture into innerspace – inside a man’s body thanks to the advance of miniaturisation – Fantastic Voyage can’t overcome a wooden directorial style in spite of lavish visual effects and a solid cast. The plot seems fairly simple: shrink a team of doctors and associates to microscopic size (with a convenient 1-hour limit) and inject them into the body of a nearly-dead Cold War informant with information on controlling said miniaturisation, in order to save his life. The execution feels almost awestruck by its own importance, conveyed via the pompous intonations of one of the shrunken vessel’s crew, Dr Duval (Arthur Kennedy), while star Stephen Boyd (Messala in Ben Hur) conveys the audience’s ignorance and bespoke anatomical knowledge with panache, even with the film stuck rigidly in its mid-60’s mindscape. As archetypal as these “military” adventures might seem, there’s still a lot to enjoy about Fantastic Voyage, in spite of its age. 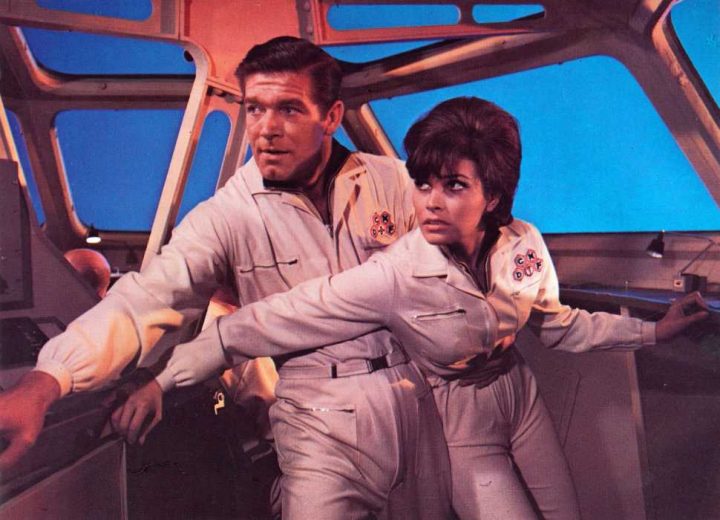 Science fiction’s cinematic boom in the 50’s and 60’s allowed Hollywood’s best visual effects artisans the scope and scale to deliver the kind of fantastmagorical worlds the best writers could come up with. While the majority went to explore outer space in many a cosmic venture, Fantastic Voyage works in the opposite direction, putting people inside the body of a living human being and going on a presumptive medical emergency journey to destroy a blood clot inside the informant’s skull. The film skirts a brief evolution/creation subtext – the inclusion of two physicians, Donald Pleasance’s Dr Michaels, and Kennedy’s Duval, portray opposing ends of the spectrum – and strives for accuracy of the human anatomy (as best as the 60’s could understand it) but deep within its lethargic, stoic direction is an adventure film just waiting to get out.

One of the laughable, yet entirely sexy, inclusions in Fantastic Voyage is screen siren Raquel Welch as a female assistant to Duval, Cora Peterson. As a product of its time, hearing the first conversation between Cora and Boyd’s Charles Grant begin with “can you cook” as he eyes her up and down in that misogynistic, patriarchal manner is simply eye-roll worthy. As it stands, Welch is primarily there to stop the whole film being a sausage-fest, with an abundance of men and very few female roles on the screen whatsoever. Welch’s character isn’t written very well, and is obviously subservient to the men of the group, which makes her inclusion almost feel tokenistic. 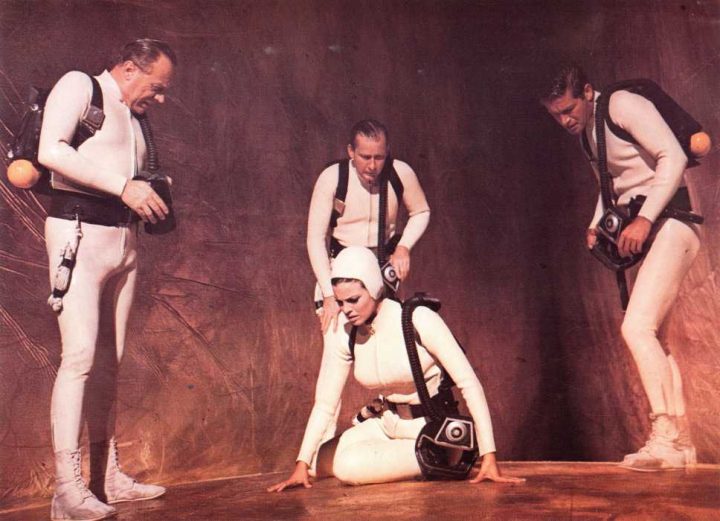 Sexism aside, Fantastic Voyage’s strengths lie in its visual effects. Although dated by today’s standards, and often clunky to the point of laughable, one can still see how the film garnered all manner of Oscar attention (winning two, for achievements in Art Direction and Visual Effects) and it’s testament to the people behind the camera it works as well as it does. The bluescreen technology involved is obvious, but the kitschy, 60’s infused glory of brightly-hued primary colours encountered within the body (just where is the source of light within the body, I ask) are keenly represented in the film’s Cinemascope process. Ernest Laszlo should be applauded for his use of colour in this film, at the very least.

We’ve touched on Rachel Welch, but the rest of the cast provide solid work here. Boyd, as mentioned, is the blue-eyed, square-jawed “hero” of the film, a leading man personifying our questions and sense of awe, while everyone else gets on with being all technical. Having a pair of doctors aboard the vessel as it’s shrunken down to float through a man’s arteries is required as exposition for audience’s understanding of anatomy, but the balance between explanation and simple fun becomes skewed towards the former. Tension derived from both the 60 minute time limit and the body’s natural defences and barriers gives the film a sense of jeopardy, but the way director Richard Fleischer handles it can’t manufacture excitement beyond yawn-worthy staring.

The trouble with modern eyes approaching Fantastic Voyage is that it all feels too in love with itself to be… well, awe inspiring. Richard Fleischer (Soylent Green, Dr Doolittle) seems focused on showcasing the film’s various effects, most of which come across like the liquid opening credits to Richard Donner’s Superman. Admittedly, the limited 60’s effects are stretched to their limit, with practical sets and photochemically produced bodily structures implemented to capture the idea of being inside the human body. 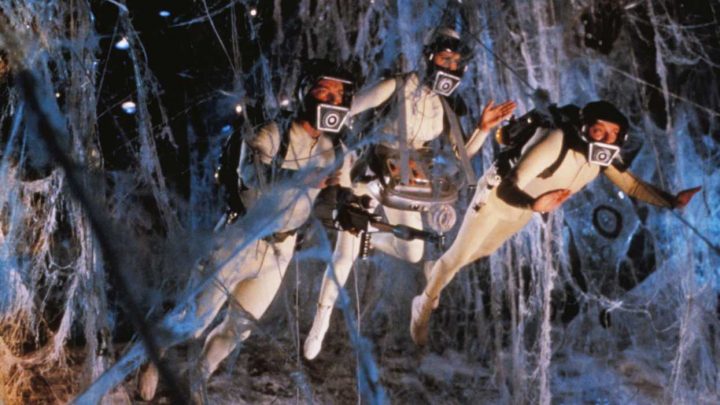 To that end, I’m glad the film takes the time to deliver this scientific accuracy, even if it comes at the cost of the film’s pacing and sense of tension. Although blessed with some of the era’s better acting talent, Fantastic Voyage doesn’t make the use of them it otherwise might, giving us characters that feel simplistic and burying the thrilling Cold War aesthetic beneath the vena cava.

As a vintage sci-fo opus, Fantastic Voyage has its moments. Cleverly designed and certainly well mounted, the film’s breathtaking effects remain more often jaw-dropping than not, even though the seams can be spotted a mile away (especially in HD). The story, however, lacks urgency – in spite of the ticking clock motif – and this stems from Richard Fleischer’s frustratingly inert direction of key sequences, robbing crucial tension with copious wide-shots and wonky nascent “action”-editing. The value of the film is more archetypal to the genre than it is in its own right; Joe Dante’s Innerspace reworked the premise as a comedy, and many a sci-fi television show has done episodes similarly to this movie, usually better.

I’m resigned to the fact that although I could appreciate Fantastic Voyage for what it is, my enjoyment of it is hindered by flat direction and self-important dialogue. As a visual exercise it’s definitely thrilling, but beyond that there’s not a lot to salvage.