Hi folks! What a busy day it’s been here at Fernby Films. Tough being up all night scouring the winterwebs for new Star Wars news. Before we get to the videos you’re here to see, here’s the official first poster for Rogue One: A Star Wars Story, which dropped at Star Wars Celebration a few hours ago.

Although some have criticised it for being “too photoshopped” and “illogical”, I think it’s a refreshing, grandiose thing that indicates just how much the shadow of the empire – particularly the Death Star – looms above the world of Jyn Ursa and her allies as they seek to steal the plans to the Empire’s most feared weapon.

WE ARE EXPECTING THE NEW TRAILER TO COME ONLINE LATER TODAY. PLEASE CHECK BACK FOR UPDATES!! 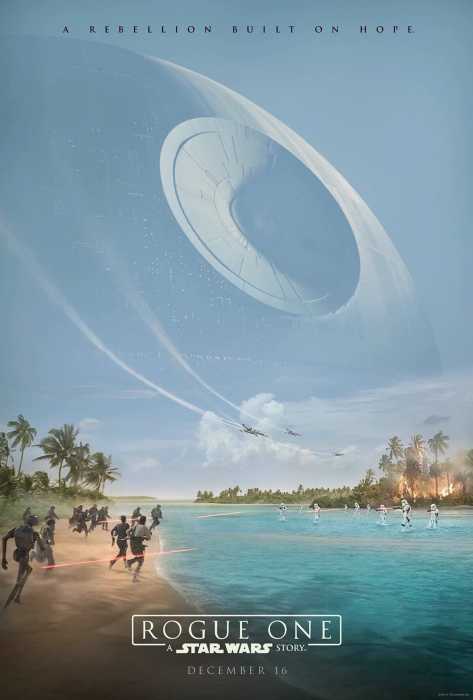 Then, there’s this awesome sizzle-reel from director Gareth Edwards which shows a lot of the behind-the-scenes filming and footage from the new film. It’s not an official trailer per se, but it gives us a glimpse into set-design, new (and until now unseen) characters, and a sense of the scale of the production. Actual chills.

WE ARE EXPECTING THE NEW TRAILER TO COME ONLINE LATER TODAY. PLEASE CHECK BACK FOR UPDATES!!