I have a challenge for you. It’s pretty easy, and I know you can do it.

How about something harder: hum a theme from one of Tim Burton’s Batman movies. Or maybe the Bourne films?  I bet you can, if you think about it. Go on, hum me the main theme from Christopher Nolan’s Dark Knight movies, or even Zack Snyder’s Man of Steel, supposedly a Superman movie with barely any Superman music in it. If you’re a fan, you might be able to. Off the top of your head, hum one of the many themes in the Lord Of The Rings saga, or the more recent Hobbit movies. I bet you can muddle through, can’t you?

Now, pick any of the Best Picture films currently up for an Oscar and hum an identifiable theme from one of them.

Today I want to discuss the rise and fall of one of cinema’s most enduring elements: the film score. I’m not talking about the pop-song score many lazy directors use to bring the audience into a mind-set with a readily identifiable radio-friendly track, but pure, orchestral-and-or-synthesized music layered beneath the on-screen action of many of modern cinema’s blockbusting releases. To wit: modern film scores aren’t as “hummable”, or easily accessible, as they were some twenty years ago. A bold statement; too bold? As a music ignoramus, who wouldn’t know his asshole from an arpeggio, trying to describe music is more about feelings and mood than it is about crotchets and quavers, so if I vacillate between waxing lyrical and technical specificity, please forgive me. There’s an awful lot of popular cinema coming out of Hollywood these days, but is it me, or does it seem that easily identifiable, hummable, whistle-to-work scores have become something of a unique blip on a radar of furious mediocrity.

A lot of the big earning films in current cinema come from either sequels (the competing Comic Book Cinematic universes, as an example) or reboots/remakes (Max Max: Fury Road) that dot the landscape of the silver screen in multiplexes across the world. Whereas in the late-70’s, the 80’s, and most of the 90’s, traditional film scores for major releases tended to be orchestral to the letter, the post-millennial surge in popularity of the Zimmer Effect mentality seems to have reduced modern pop-culture-ready cinema to pulsating rhythms and thematically squeezed backing tracks. I use the term “Zimmer Effect” as a catch-all for the BAAARP BAAAAARP trumpet-type raucousness that’s become the orgy of percussion, synthesised flotsam and meaningless mood music so pervasive in films today.

John Williams – The Emperor’s March (Return of The Jedi)

In my opinion, this can be traced back to one single film – Hans Zimmer’s Oscar-winning work on Gladiator. Zimmer had been producing scores for films since… well, since the early 80’s, providing hypnotic, magnetic melodies for films such as Crimson Tide, Rain Man, The Rock, and Driving Miss Daisy, among many, many others. But Gladiator (in my opinion) marked a shift in Zimmer’s compositional direction, using Lisa Gerrard’s soaring vocals to contrast against the opulent, driving percussion of the thunderous soundtrack. It was a generational shift in film scoring, becoming a much parodied style that eventually drained away due to overuse. Zimmer, it would appear, had taken the mantle of the go-to guy for action blockbusters away from living legend John Williams – a man who, if you’ll note, provides much of the soundtrack to your cinematic life between 1977 and the early 2000’s. Now, many of our popular film composers veer towards what one might reasonably term “arthouse” music, in that a lot of action music has overused percussion and raw, stripped back arrangements of synthesized, sampled and manipulated instrumentation to the detriment of the one thing most of cinema’s popular films contained – melody. 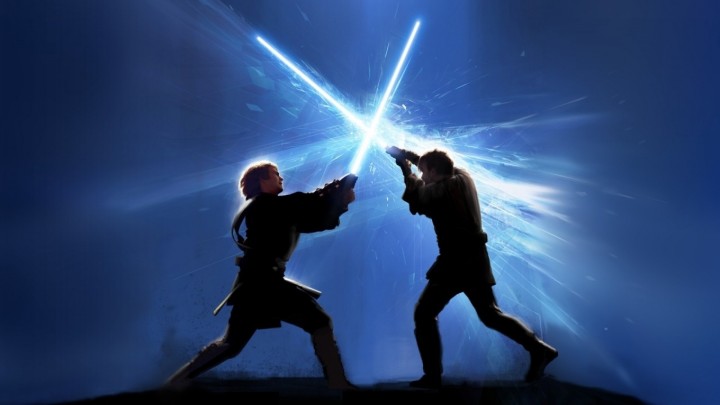 You think of Superman soaring through the clouds, you think of John Williams’ magnificent horn-section blasting that five-note motif as the Man of Steel leaps into the sky. You think of the dinosaurs in Jurassic Park, you instantly think of (again) John Williams’ lilting, brilliant four-tone motif that rises from a chime to a full orchestra or melodic bliss. You think of Darth Vader duelling with Luke Skywalker on the Death Star, you think of Williams’ iconic Imperial March, possibly the most famous of all music to come from that franchise outside of its iconic opening crawl theme. There’s a huge reason John Williams, and many of his contemporaries, remain so identifiable to the majority of casual film-goers – the music they write can be hummed in the shower. Kids can pretend to be Superman in the bath with Williams’ themes playing in their head. Think of Harry Potter, and I guarantee you start humming that theme tune in your head, probably even before you picture the actors in the roles. There’s nothing stronger in the human experience than having a catchy earworm working its way through your quiet time.

Take a listen to two soundtracks from current popular films; Mad Max: Fury Road and Fox’s recent runaway hit, Deadpool. Both films contain scores by Junkie XL, a Dutch music engineer contemporary with Fat Boy Slim, now turned film composer. Both Fury Road and Deadpool contain plenty of percussive, energetic, frantic music, and both films have proven to be hugely popular in both critical circles and the general public. So go on, hum me a tune from either film. You can’t, because neither film contains a single identifiable theme in which it’s possible to pick out a melody. Instead, both soundtracks are a blast of sonic mayhem, a strident, cacophonous elevation of blaring orchestration designed to jolt the audience into submissiveness alongside either film’s action-centric aesthetic. At some point, I’d suggest some clever-cloggs on the internet swap the music of both films, and see how well they play against the other. Ten to one, they are indistinguishable.

Hans Zimmer – The Dark Knight Rises (He Will Find You)

Hell, even the more recent Marvel Cinematic Universe has its share of problems – can anybody here hum the Iron Man theme? Or the Thor theme, without YouTubing it? What about the Avengers theme, composed by none other than Alan freakin’ Silvestri, of all people, a film which should have been the most heroic one of all time but, musically speaking, moved absolutely nobody with its benign themes. Zimmer’s score for Ron Howard’s Rush, which was a searing, adrenalized, pulsating musical score that absolutely nailed the film’s feel, contains not one single identifiable musical motif threaded throughout the music. I love that score, and listen to it when writing many of my reviews, but do I hum it in the car when I’m driving? Nope. 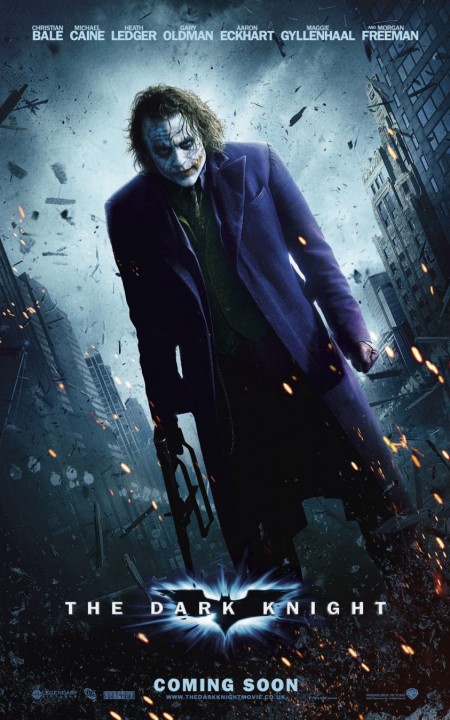 Now, this isn’t to impugn the talents of Tom Holkenberg or Hans Zimmer, not in the least, because what they’ve done for film scores (particularly the latter) over the decades has been nothing short of revolutionary. But listening the clips of Zimmer’s upcoming score for Zack Snyder’s Batman V Superman: Dawn of Justice, and I’m inclined to think that yet again we’ll be subjected to a timpanic orgy of percussion, a hissing tumult of strings and muted samples, and a pounding brasserie of screeching trumpets, horns and tubas symbolising… something appropriately dramatic. Zimmer’s finale theme from Man of Steel, a suitably dramatic and hopeful theme for the embryonic Superman, is probably the most recent successful iteration of on-screen heroic music there has been in twenty years; it’s fair to say that the Dark Knight theme was appropriate for Nolan’s trilogy, and suited the character, and yet even that gives one a headache trying to replicate it with your lips.

I understand comparing the works of Zimmer (and his acolytes, including Klaus Badelt, John Debney, Harry & Rupert Gregson-Williams, James Newton Howard, Geoff Zanelli and Marc Shaiman) and traditionalists such as John Williams (and to a degree Danny Elfman, whose work is a lot darker, but still just as memorable, as Williams’ stuff) is like apples and oranges, but the point remains: as traditional film scores have slid away in favour of the computer-generated bit-rate sampled reverberations providing mood and atmosphere rather than identifiable works of thematic creativity, so to has the memory of swelling emotional context for the film in which this music appears. As more and more modern blockbusters use the Zimmer Effect style of orchestration, which is unplayable by a regular orchestra, that immediacy of an emotional hook is lost. You can’t begin to understand how awesome it was to hear the Star Wars theme at the front of The Force Awakens last year amid the rumble of its box-office cousins. If I heard the Fury Road score come on the radio tomorrow I’d probably have no idea where it was from. Both instantly enjoyable films, but emotionally resonant for totally different reasons.

Perhaps if composers (and film directors, obviously) could write a decent hook, a decent melodic theme, into the pounding, brash, excessively overbearing musical work provided constantly these days, people would look back on their work with far more fondness or identifiable connection than they do otherwise. Classic cinema is noted for its story, characters, and melodic work, whereas modern cinema is noted for how loud the soundtrack can be played before your ears start to bleed.