By about half way through this Aussie-made sci-fi thriller, I’d made note of about a dozen other films this one is crafted from. Infini’s energetic horror motif can’t hide its reliance on visual cues from Aliens, Blade Runner, Event Horizon, Supernova, Star Trek: First Contact, 28 Days Later, Resident Evil… the list goes on. Although hidden by a generic studio-bound setting and a number of faceless secondary characters, Daniel McPherson’s foray into feature films (he’s a noted television actor here in Australia) is one that generally entertains even though it really kinda falls apart late in the piece. 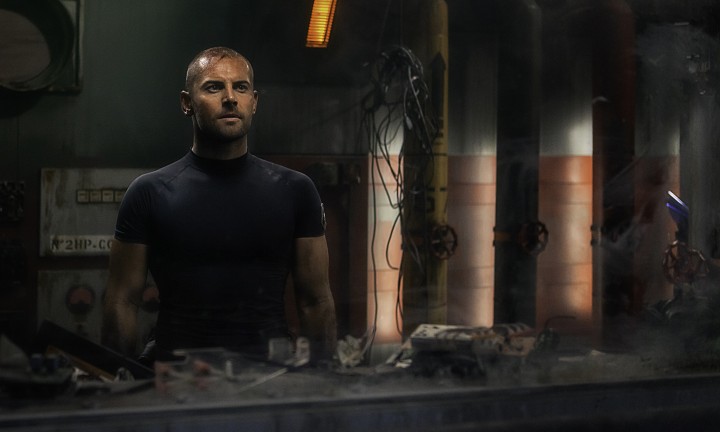 Plot synopsis courtesy Wikipedia: In the early 23rd century, the Earth’s highest paying jobs are on deep space mining colonies. On mining station O.I. Infini, an emergency is declared, and a search and rescue (SAR) team is sent in using a form of teleportation that allows instantaneous travel but causes severe time dilation. A team sent returns 30 seconds later in a berserk rage. Whit Carmichael (Daniel McPherson), a new member of West Coast SAR, on his first day, teleports to Infini using a hacked teleporter after West Coast HQ activates a lethal lockdown to contain the crisis. Less than a relative hour later, East Coast SAR is informed about the outbreak, and West Coast’s destruction. They are given a primary task of disabling a weaponized payload and a secondary mission of recovering the one surviving member of the West Coast SAR, Whit. Arriving, they find a slaughterhouse, eventually reuniting with Whit after he questions the team captain through an ASCII terminal. Whit explains that the mining staff slaughtered each other, tearing off their skin and killing one another. Some kind of viral infection, spread through contact with bodily fluids, is to blame. 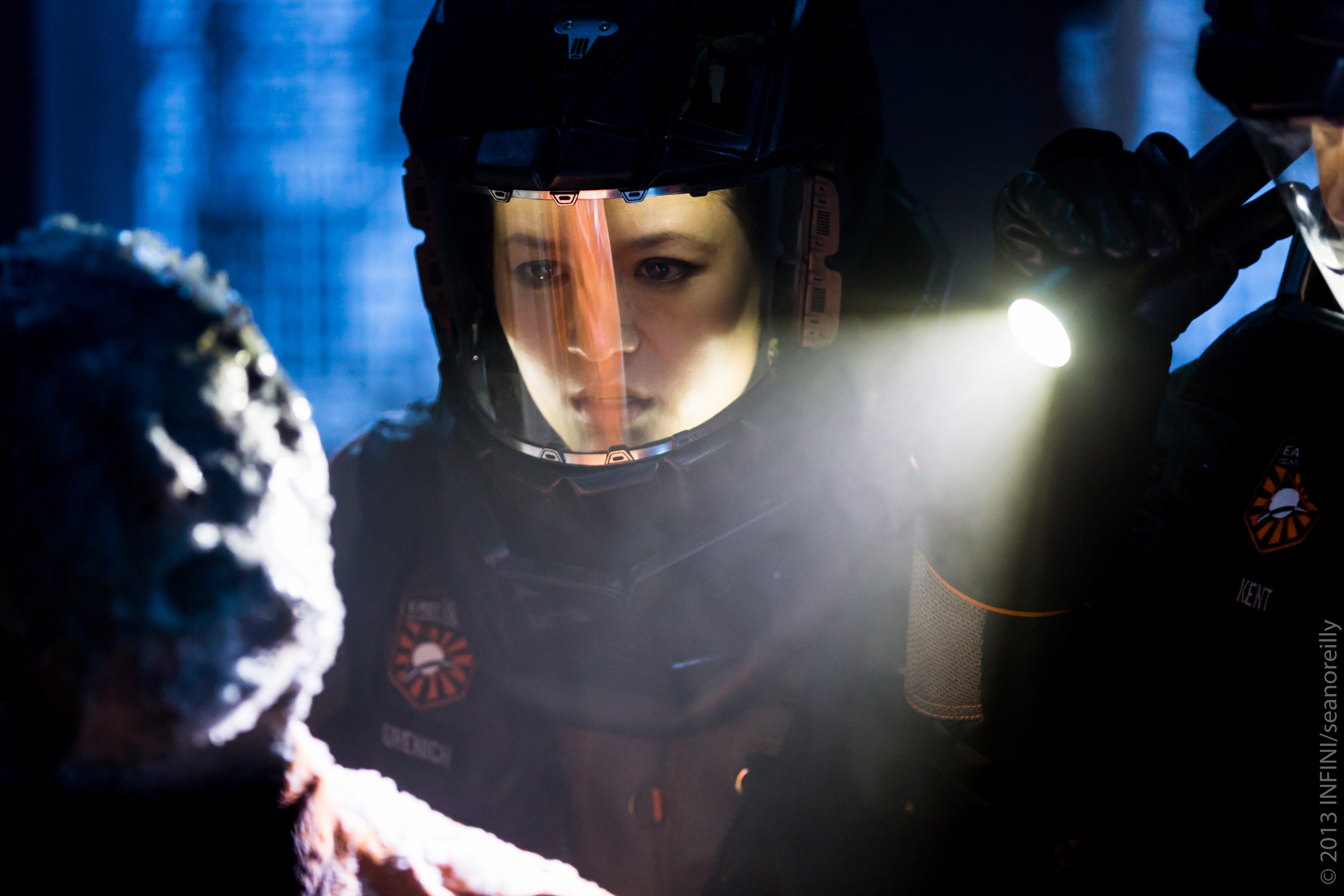 The first hour of Infini is, in spite of being generic, quite tense and interesting. As a bog-standard “rescue team in isolated environment having to survive against an implacable enemy, prevent earthly destruction, and get home alive” premise, Infini isn’t quite endearingly homage-worthy as some might suggest, but rather a confusing, babble of ideas brushing against the bulkhead of momentary diverse ideas juggling for attention. The script’s attempt at some manner of human introspection, derived via Whit’s discovery of the true nature of what happens on the mining station, doesn’t really work beyond a raging, screaming viral infection motif, a descent into madness previously mined (ha!) in Event Horizon, only here there’s no “black ball” inside a spaceship. It’s a 28 Days Later inside a corridor-infested rat-maze, an inventive premise jammed inside a conniption fit of lacklustre gaps in logic. 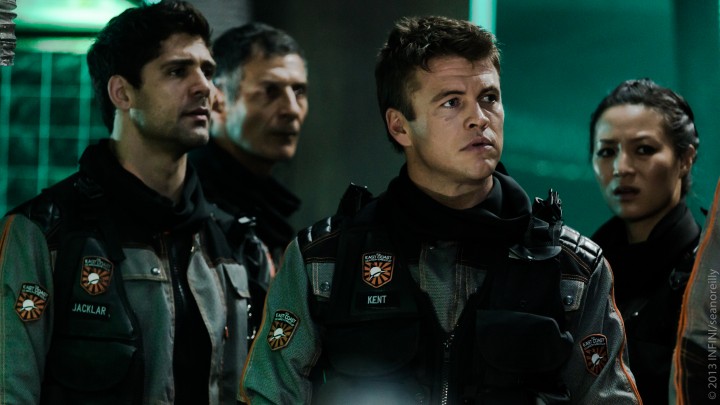 I hate to rag on a locally made film like this, but aside from some clever visuals, and nutty performances from the Aussie cast, including brother of Chris “Thor” Hemsworth and Liam “Brother of Chris” Hemsworth, Luke Hemsworth, Infini doesn’t have much to offer once the proverbial shit hits the proverbial fan; a fan, I might add, which spins very fast in this film. Grace Huang plays an infected Claire Grenich, who along with Luke Ford’s Chester Huntington and McPherson’s Whit, have to try and uncover exactly what is happening on the mining colony, and although it’s obvious they’ve given their characters a whole load of thought and development off camera, unfortunately there’s not much happening on it. As the team slowly begins to unravel, as their infection spreads, primal instincts take hold and the corridors of the station run red with blood. 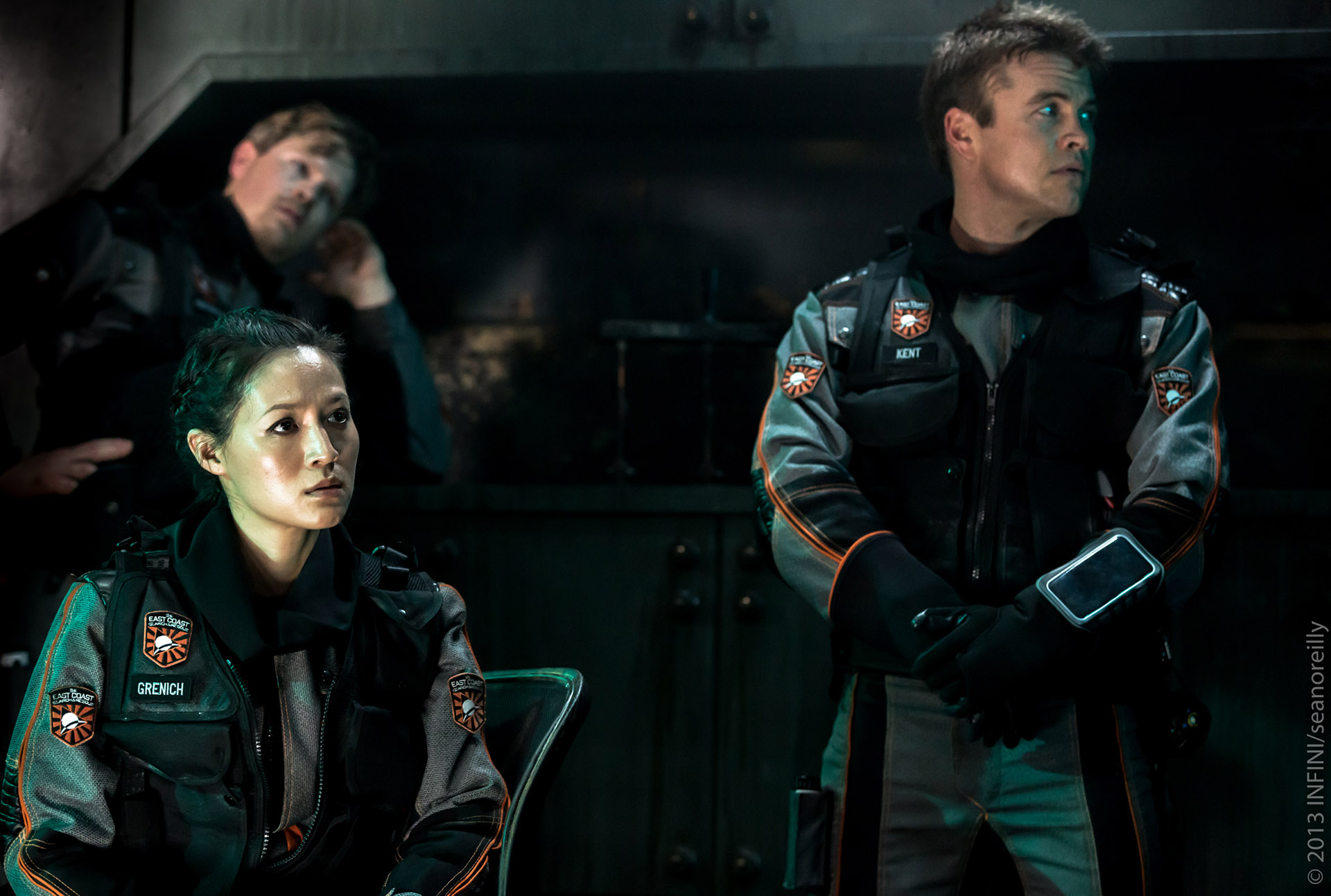 If nothing else, Shane Abbess’ direction is worth noting for its tenacity. Abbess, who directs his own script, obviously has a labour of love for this project (which makes finding fault with it a bit like kneecapping an armless man) but Infini’s messy, “really?” final act and denouement, as well as the film’s abundance of archetypal motifs and constant shadowy cinematography, mitigate a lot of the enjoyment to be found here. There’s the constant corridor running, the constant jump-cut crash-frame editing style, and the grimy, muted colour palette, not to mention the blurred faces of various cast members to whom the audience cannot possibly generate any emotional attachment. Abbess has a keen visual eye, I’d point out, but I think he’d be better served with a script that a) isn’t his own, and b) is better. Had the film’s budget extended to showing more of the world Infini tries to depict, and had the characters been more rounded or less generic, the film would have worked a lot better – hell, McPherson’s character seems to be some kind of riff on Ellen Ripley in many ways, but lacks the depth of that character beyond being “the film’s lead character” by necessity. 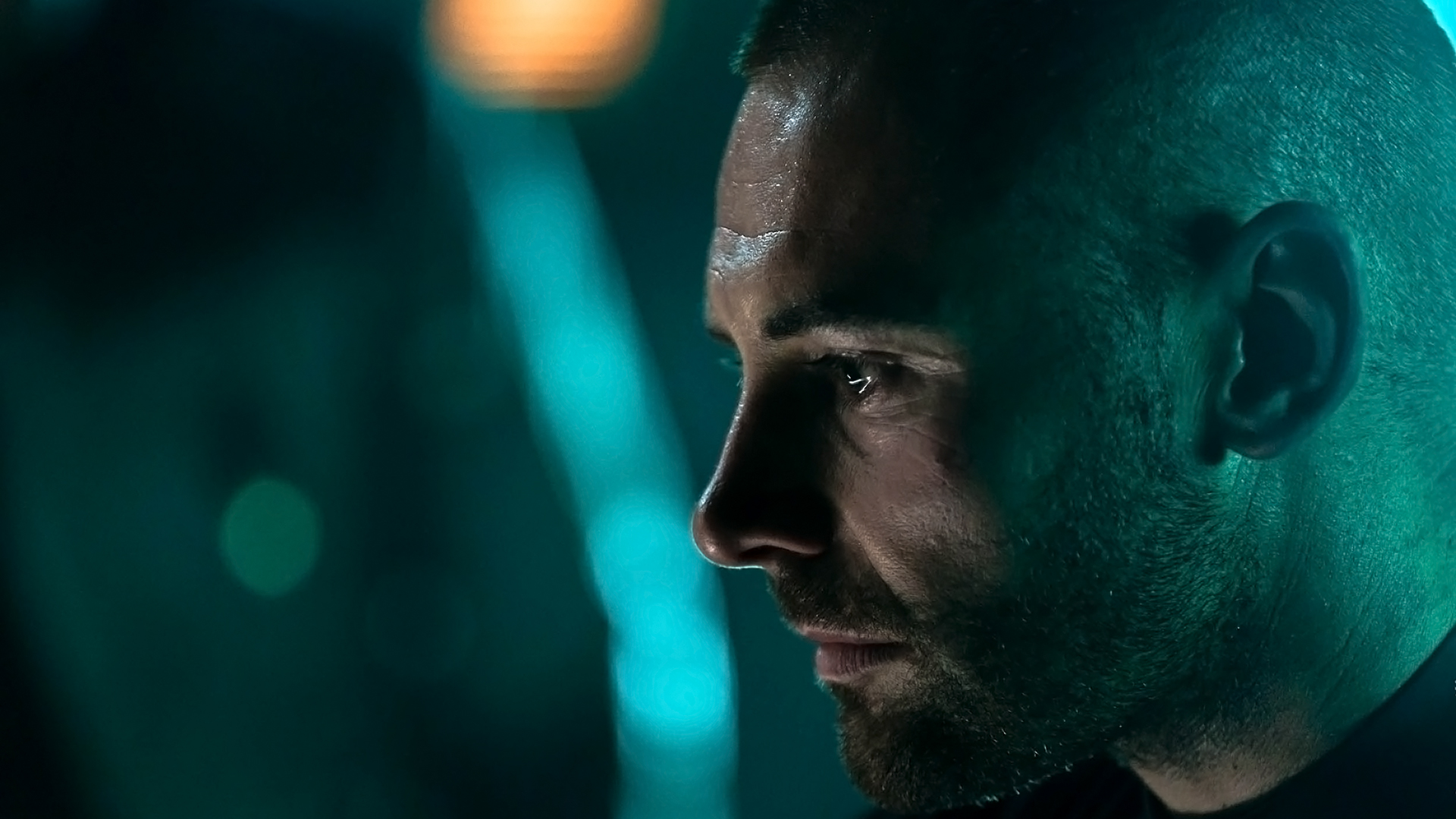 Look, Infini isn’t terrible, and I give props for trying something with a genre that’s fairly well done it all these days, but by and large the film labours through a rubbery final half and never lives up to a hugely promising opening. Admittedly, your mileage on this film will also depend on your tolerance for Australian actors doing American accents (generally, poorly), but if it’s a lazy cheap-as rental flick you’re interested in there’s worse out there, believe me. Infini is solidly mounted, well filmed, generally evocative, yet progressively becomes more and more stupid as it goes along. Which is disappointing, because it looked like it was going somewhere really great.