The luck of the Irish.

Juno & The Paycock is an interesting Hitchcock film in that it represents an early “experimental” project for the director – the film is based on Irish literary giant Sean Casey’s opening play in what would be known as the Dublin Trilogy. Set during Ireland’s Civil War, the film sees Hitch forgo his typical cinematic style and deliver a straightforward, largely plain note-for-note depiction of Casey’s stage play – the original performance’s Juno, Sara Allgood, reprises the part in this film version, while Barrie Fitzgerald made his film debuit here and would go on to snag a Best Supporting Actor Oscar in 1944, for Going My Way – and as much as it’s a dense, theatrical narrative, as a film it’s strangely stagnant. Although you’d hardly complain that the performances are poor, because they are the strongest aspect of the whole film, Juno & The Paycock lumbers along more as a curiosity than a powerhouse Hitchcock entry into his British productions. Whether Hitch’s political thinking drove his decision to make the film, or it was a commercial decision, I’m not entirely sure, but the end result is a compelling look at one of Ireland’s most famous plays and a strained, plodding film from the master. 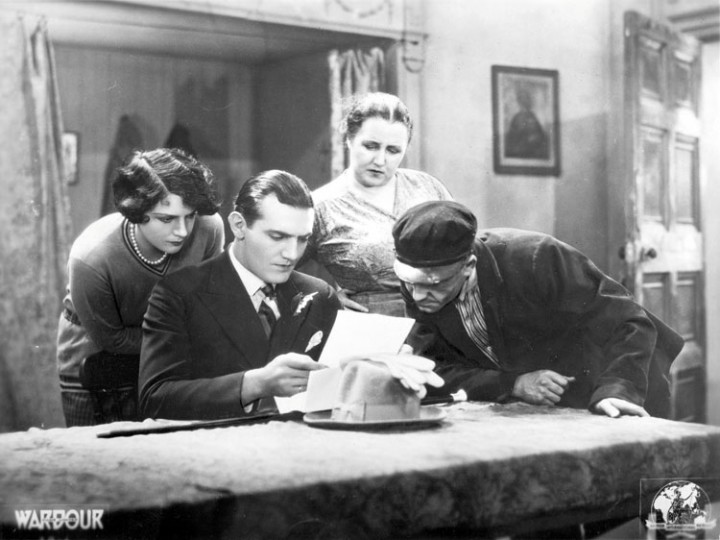 Some may know this film by it’s replacement title, The Shame Of Mary Boyle (personally, I think the Paycock title rocks it harder!) but for newcomers to Hitchcock’s oeuvre, Juno & The Paycock is a film of tepid emotion and verbose narrative. It’s 1922, Dublin Ireland, and Captain Boyle (Edward Chapman) lives in the slums of the city with his wife Juno (Sara Allgood), and their two children Mary (Kathleen O’Regan) and Johnny (John Laurie). The Captain is a sloth, living large at his family’s expense while his wife works to support them; it’s here that she divulges her derisive label for her husband of a “paycock”, as vain and useless as a peacock. So when the family comes into an inheritance, they start to spend extravagantly – only to find that a clerical error robs them of that inheritance, sending them into destitution.

Okay, I admit it: at a trickle over 90 minutes, Juno & The Paycock is a legitimate chore to get through. Although Hitch does his best with the stagey story, and actionless sequences riven together with dialogue (the Irish lilt is prevalent throughout, and it’s terrific, if occasionally hard to understand), the film just doesn’t have the energy or pure zip the director was known for in previous works. As an early silent film, I’m hardly surprised Hitch would choose Sean Casey’s play to give the cinematic treatment, because for its social and political intrigue (there’s betrayal and informants and all manner of of-the-period trials to endure, most of which probably will feel archaic to modern viewers) there’s a lot of thematic material that would have drawn him in. It’s a shame the film can’t translate Casey’s evocative play as well as a stage production ought – the film lacks an immediacy and urgency, due largely to Hitch’s use of the “single take” method, in which he lets the camera run for lengthy periods without cutting. It’s a similar conceit to his later film, Rope, which would use the continual-take method to terrific effect. 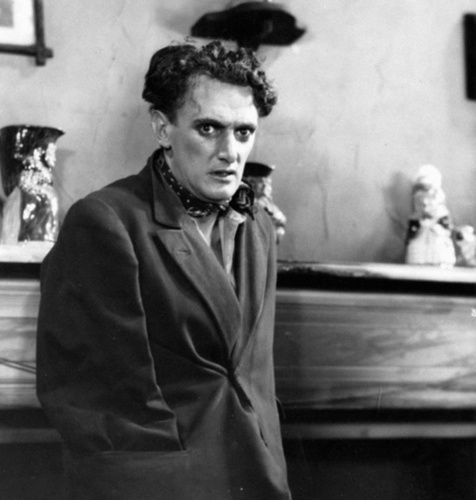 In spite of a story lacking relevance to me, and Hitch’s decision not to…. er, sexy it up as a legitimate cinematic effort instead of simply filming it as a stage production, Juno & The Paycock has a large silver lining: the cast. The film’s performances are terrific, in spite of the film’s wonky pacing. Chapman, as Captain Boyle, is typically theatrical, over-the-top with his exuberant character’s dialogue. Sara Allgood, who had appeared in Hitchcock’s Blackmail the previous year, and would appear in the director’s version of Sabotage in 1936, provides matriarchal stability as the Captain’s wife, and of the entire cast she’s the most believable. Her lack of “stageyness” gives the film some momentum, bringing the character to life in the manner a cinematic portrayal demands.

Among Juno’s other issues is it’s stumbling pacing and deleterious use of pauses to exaggerate a moment. Gaps in dialogue other than scene changes or transitional business are used as a way of pointedly highlighting some dialogue or plot developments, and to a modern eye and ear they do kinda grate a bit; I guess audiences of the day might have felt it an appropriate moment to gasp or wail or whatever they did at the cinemas in the 30’s, but to me these pregnant, overacted pauses become constant speed-humps to the film’s already tepid pacing. Hitchcock’s lack of his usual flourishes also mitigate much of the impact of the story. Juno’s story is told primarily in a single set – the family flat – which doesn’t allow much by way of giving the audience a feel for the era outside of the character’s costuming and period-dialogue, and its this constriction that actively works against the film as a film, rather than as a stage production.

If I’d come to Juno & The Paycock as the first or second film in this Hitchcock series, I’d likely have given up right then and there. It’s a middling film, this one, devoid of urgency and leaning too heavily upon the performances and Casey’s rambunctious dialogue to generate it’s tension. As such, there’s virtually none to speak of, and Paycock’s inscrutable devotion to the play’s structure grinds the audience down as the strained, overly talky production winds to its unfortunate conclusion. As a Hitchcock curiosity it’s worth a look, but most will find the film a tedious chore; devoted Hitch fans will delight in some of the director’s visual choices, but a must-see this most certainly is not.