As close as we get to a Hitchcock romantic comedy? Hmm. The Farmer’s Wife isn’t about the wife of a farmer, so much, it’s about a farmer’s search for a replacement wife, since his last one up and kicked the bucket. Although a tragic beginning soon gives way to the dartboard-style picks the titular farmer gives to the eligible ladies within his social circle, The Farmer’s Wife is a relatively low-key, charming, rustic comedic venture for the director, a total departure from any hack-n-slash or more dramatic films he’d made to that point. In fact, if you didn’t know it was directed by Hitch, you’d never know it was directed by Hitch. The Farmer’s Wife is perfectly acceptable fare, but if there’s one thing it’s not, it’s identifiably Hitchcock. 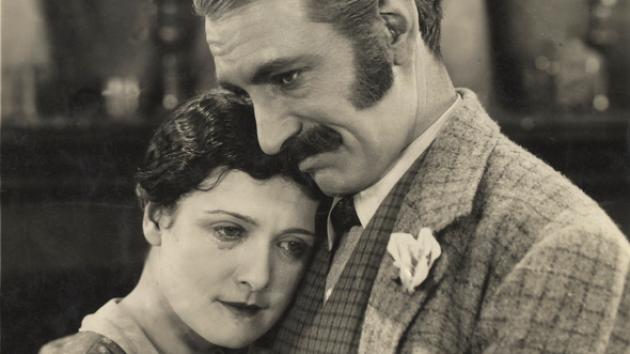 In a classic case of circling the drain, farmer Samuel Sweetland (Jameson Thomas) finds himself back on the marriage market after his wife (an uncredited Mollie Ellis) croaks suddenly. Together with his housekeeper, Aramita (Lillian Hall-Davis), Sweetland begins to court the various eligible ladies of the town, hoping to snag himself another wifey type to ensure some kind of, what, status? I’m not sure. If you have never watch a film before, The Farmer’s Wife will be a surprise, but anyone with even a cursory knowledge of film will spot the late twist – gasp, Aramita is the real love of his life, and was right under his nose the whole time, doh! – so make no bones here, this film isn’t exactly taxing on the intellect.

No, The Farmer’s Wife is a lengthy, prolonged (often painfully so) exercise in misogyny, as our farmer’s search for a vagina to sate his facile inability to live without one each night apparently creates problems for his long-suffering Aramita. I snark, of course, but this isn’t far from the truth. Based on a play by Eden Phillpotts, The Farmer’s Wife runs the gamut of romantic wrangling, in what I assume is some manner of farce takes place as Sweetums takes his sweet time figuring out what, nay who, he needs to fulfil his now empty life.

Case in point: an interstitial comes along, as Sweetums is chatting up his first potential f@ckbuddy, which says: “You’ll only feel the velvet glove, and never know I was breaking you in”. Okay, so Hitch had a thing for spousal abuse? Never saw that coming. And another: “You are the first man who has accepted my sex challenge”, one woman says to the farmer. Oy vey! Talk about raunchy, Hitch! The Farmer’s Wife is in no way politically correct, but taken as a product of its time I guess audiences must have guffawed their way out of the cinema hailing this as one of the great comedic masterpieces. If only it was anywhere near that. As with most things, however, you get the sense that Hitch was  taking the piss a bit, having a laff at the audiences while they laffed at his films, and although the comic timing and sense of propriety is an order of magnitude different to some of the vile material masquerading as humor today, The Farmer’s Wife has a genteel sense of wit about it, between lengthy (and snoozy) transitions into outright farce. 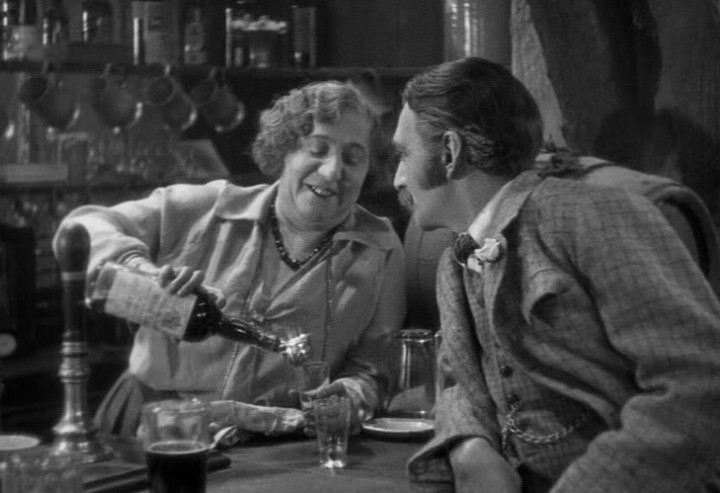 Leading the charge is Jameson Thomas, a mustachioed gent who looks a tad like an old American plantation owner and behaves like some lascivious pervert as he scallywags around the district hoping to pick up a hottie. Thomas ain’t what I’d consider a “looker”, but then, this is late 20’s cinema and I’ve no doubt he was considered dashing for his time. Plus, he’s onto finding his second wife, so he can’t be a young’un; Thomas’s performance varies wildly, with Hitch giving him plenty of room to deliver a largely charismatic turn as the hero character, as unbecoming as that might be. Lillian Hall-Davis, as Aramita, is suitably innocent as she considers the farmer to perhaps be more a father figure than potential lover. Hall-Davis is the true beauty in the film, whereas many of the women Thomas tries to marry are vastly more homely and motherly than her – it makes the farmer’s choice at the end a bit of a non-event – and she sells the role well. Gordon Harker, as the farmer’s handyman, Ash, has some fine moments of comedy and almost steals the show from the other players. Harker had previously appeared in Hitchcock’s The Ring, and also appeared in the other 1928 release, Champagne.

The film’s premise is built on the suitability of the women within it and that kinda feels hard to take in today’s climate. The Farmer’s Wife is a product of its time and with that consideration there’s still a lot to enjoy, if not simply tolerate, within its gimmicky nature. The film’s languid pacing and torture-test running time – it’s a tick over two hours, which makes it a considerable effort with no spoken word and a poppy, zippy musical accompaniment to alleviate the story’s dull spots. Yes, there are dull spots, but the laughs to be had watching the cast (over)act their way through this story, as well as Hitch’s altogether terrific use of framing and lighting (not to mention some great “special effects”) are worth the time. 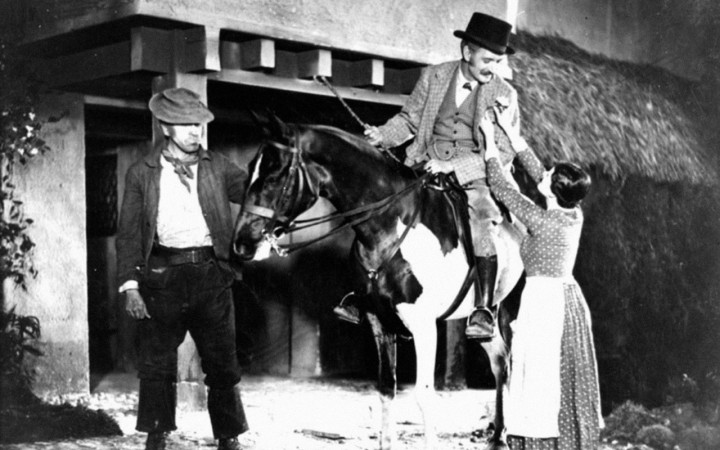 I’m kinda stuck in a weird place with The Farmer’s Wife. It’s a lengthy film about a guy trying to snatch… well, second-dip snatch, and the cavalcade of dating disasters which befall him, told without spoken dialogue and with occasionally ham acting and an abundance of fourth-wall breaking angles jar one’s notion of comedy. Yet there are some great moments of hilarity (it’s the small things in this film, rather than the large ones) that counterbalance any weakness within the plot or the characters’ actions. Did I like it, yes, but I didn’t love it. It’s perhaps the least Hitch-looking film of his silent-era work (that I’ve seen, so far) although if you look hard you’ll definitely see some of the Master’s keen eye for detail and precision at work once again. But, like most directors early in their career, one suspects Hitch was flexing his creative muscles in directing all manner of genre stories to see which worked best for him.

The Farmer’s Wife is not quite a laugh-a-minute chuckle-a-thon, but it is worth at least one look to see Hitch’s early work at its peak. A product of its time, with more than a couple of awkwardly worded interstitials to contend with for modern audiences, The Farmer’s Wife is best described as “rurally sweet,” and left at that.