Director :   Tyler Shields
Year Of Release :   2015
Principal Cast :  Abigail Breslin, Wes Bentley, Alexander Ludwig, Cameron Bright, Reece Thompson, Francesca Eastwood, Logan Huffman, Emma Paetz, Desiree Zurowski, Brett London.
Approx Running Time :  84 Minutes
Synopsis:    A man teaches a young woman how to become a complete weapon. 13 years later, at 18 she will approach a group of sadistic teens who killed blonde women for unknown reasons. The hunting season begins.
What we think :  Driven by misogyny, rampant with revenge and tension, and underscored by wooden characters and acting, Final Girl’s assemblage of I Spit On Your Grave-esque huntdown of a group of depraved killers is largely devoid of genuine thrills due to a messy overkill of style, and fumbling, stunted scripting.

If you go into the woods today, you’re in for a big surprise.

A weird kind of Nikita narrative, sees blonde Abigail Breslin killing dickheads at the behest of Wes Bentley’s strange, creepy violence-pimp character; Final Girl doesn’t quite know what kind of film it’s trying to be and so misses the mark on everything. Final Girl’s revenge-thriller motif translates into a largely incomprehensible barrage of masochism, misogyny and violent decadence, almost entirely without motive. Directed  by Tyler Shields, a noted and often controversial photographer, Final Girl is a film trying to achieve a certain genre archetype, most missing the mark thanks to a lethargic, middling direction, wooden performances and a style-over-substance visual aesthetic that keeps the viewer at arms distance emotionally.

Veronica (Abigail Breslin) is recruited by William (Wes Bentley) to be his weapon against evil men; he trains her, and spots targets for her to take out. William sets Veronica to take down a group of serial killing men; Jameson (Alexander Ludwig), Daniel (Logan Huffman), Nelson (Reece Thompson) and Shane (Cameron Wright). The group takes Veronia out into the woods, and she eventually turns the tables on them in a variety of violent, bloody ways.

Final Girl looks for all the world like some weird perfume commercial come to life. Opaque to the point of frustration, Final Girl’s mission seems to be more about looking intriguing, rather than actually being intriguing. Vacillating between tense, brutish violence and shallow, insipid caricatures, the film’s populated character roster is derivative and, at worst, wholly unsatisfying. Frankly, I found Final Girl a weird, obliquely intransigent viewing experience, the kind of “I want to be cool” abstract miasma that never gels like it should.

Final Girl’s genetic structure seems to come from its mix of Luc Besson’s The Professional, Luc Besson’s Nikita, and something out of Bazz Lurhmann’s LSD nightmares. Shields’ direction is frustratingly overly-stylish, using direct spotlighting and extremes of contrast to highlight either emotional states or weird, androgynous settings. 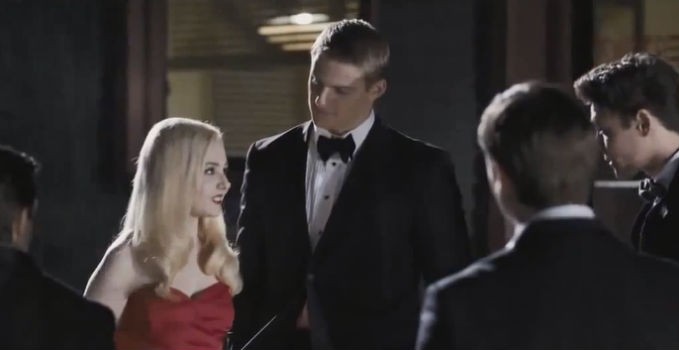 The simple production design, which utilized low-key set-design and a fairly bland, innocuous locations for filming, could be considered ineffective for what the story is trying to achieve; the film’s tension is derived from character interplay, which works in fitful moments but otherwise is curiously limp.

Abigail Breslin seems miscast, almost, as the “weapon” Wes Bentley’s William sends in to deal with Alexander Ludwig’s psychopathic band of killers. She doesn’t have the… killer instinct in her eye the role needed. I totally didn’t buy her as a deadly hunter of men. Not to mention, the fact that Breslin spends 12 years in Bentley’s thrall and lacks the most basic understanding of methodology and weaponry, is confusing. She’s spent a decade working for William and it’s only at this juncture he explains why she doesn’t use a gun? Really? That shoulda been in the damn foreword of the training manual! Ahem. Bentley’s natural creepiness once again manifests, and he’s eerily charismatic as Veronica’s handler – although an undercooked element of relational intertwining between the two comes across as vaguely pedophilic considering we just saw him recruiting Veronica as a little girl (played by Gracyn Shinyei).

Chief villain of the film is Alexander Ludwig, as Jameson; he’s a dead-on Alpha Male, the top dog of the wolfpack this film insists on personifying as suited-up playboy wannabes with a penchant for violence. 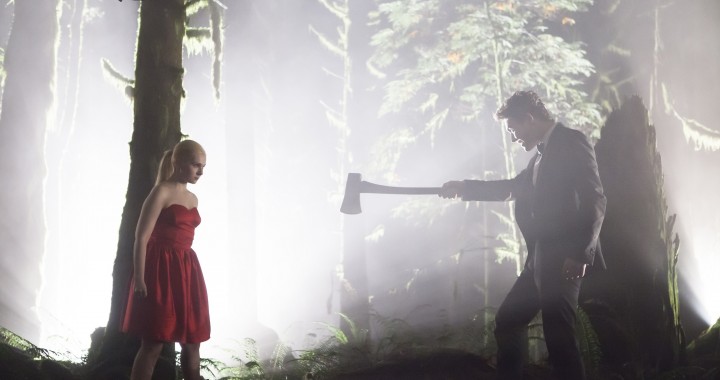 Ludwig’s arrogance and cocksure chat-up with the ladies gives his character a chilling charm, and you can almost imagine this kind of stuff actually working back in the time period the film is set – sometime in the 60’s, from what I can tell. The nameless dudes making up Jameson’s psychopack are grotesquely grinning cheetahs, sic-dogs of war in a brutal game of virginal bloodlust. Although Ludwig is solid and effective in the role, the screenplay’s refusal to give either him, or his cronies, any kind of depth, makes any true evil in the film dissipate too quickly.

Final Girl’s silk-stockinged visage of light, color and chromatic starkness bring into sharp focus the miffling, insipid concoction of human depravity and borderline narcissistic film-making. It’s a drag, this film, and whatever the point is becomes lost in Tyler Shields’ style-over-substance fumbling efforts. In going for a malevolent undercurrents and slow-burn thrills or tension, Final Girl misses the mark. By a wide, wide margin.