Director :  David Robert Mitchell
Year Of Release :   2015
Principal Cast :  Maika Monroe, Keir Gilchrist, Olivia Luccardi, Lili Sepe, Daniel Zovatto, Jake Weary, Bailey Spry, Debbie Williams.
Approx Running Time :   100 Minutes
Synopsis:   A young woman is followed by an unknown supernatural force after getting involved in a sexual encounter.
What we think :  Gut-churning horror doesn’t get much better than this, David Mitchell’s tour-de-force of psych-and-sex terror that will have you unwittingly gripping those sitting next to you so painfully tight, you won’t notice them doing the same thing back to you. Unswervingly evil, relentlessly visceral, It Follows is one of the best films of the year, horror or otherwise. Dynamite stuff.

Don’t have sex. Ever. Or ever again.

Folks who decry horror movies for being unoriginal, or old-hat, or passe, and who claim the genre merely retreads itself more and more each passing year, should know that these days, they’re living in fantasy land. Recently, the horror genre has really begun to rise above its schlock 80’s roots, and there are an increasing number of films coming out that, although firmly within the genre’s DNA, remarkably fresh and effective. Good horror doesn’t need to be particularly bloody, or titillating to make audiences squirm, they just have to have interesting characters. Recent efforts like The Babadook, The Conjuring, and now It Follows, have set a very high bar for other film-makers to follow, both with effective mood-chills and outright scares. And I think I’ve come up with the clue to help wannabe directors to achieve success in this regard. 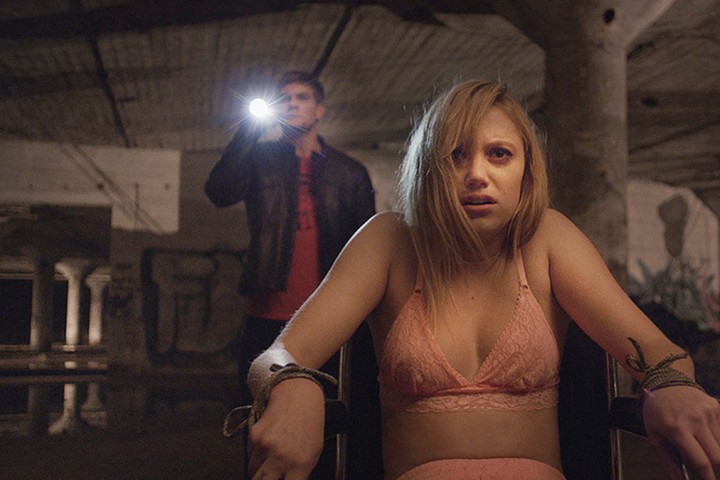 Good horror films, perhaps more than any other genre, need a definitive style. Watch all the great horror films of years gone by, and you’ll not they all have something signifigant about them that makes them rise above the slop typically filling cineplex seats around the globe. Take Kubrick’s The Shining, one of the great horror films ever made. Kubrick’s ice-cool visuals kept the audience as passive onlookers, further distancing them from the film’s events and, like onlookers at some human tragedy, horror takes on a spine-chilling effect. Or, the crap Eli Roth doles out in films such as Cabin Fever and the Hostel franchise, torture-porn examples that rely on body-horror and squeamish audiences watching through their fingers. James Wan’s The Conjuring was effectively blood-and-gore free, but remains one of the most terrifying horror films made in the last five years. And let’s not forget The Babadook, which looks like they spent about a hundred bucks on production design and window shades, but managed to craft the best horror film of 2014 in ways that redefined slow-build terror. All films successful because they have an identifiable style.

It Follows is a film that has similar style. While the MacGuffin of the film is creepy as hell anyway, director David Mitchell, whose feature output to date only includes 2010’s The Myth Of The American Sleepover prior to this, has brought considerable dramatic weight and emotional connection to a film that will terrify the living shit out of you. Chilling in tone, fueled by a throbbing menace, It Follows has echoes of the greats like Kubrick and Romero threaded within its stifling foundations. I admit, I was prepared to be unimpressed with this film, what with Mitchell’s lack of experience in feature direction, but I stand in awe of what he has achieved with this movie.

Makia Monroe plays Jay, a young woman who sleep with Hugh (Jake Weary), before he informs her that he’s “passed on” a horrible ghostly terror – Jay will be hunted down by an evil spirit that will kill her, unless she has sex and passes it on to somebody else. Like a goddam venereal disease, I guess. This form of sexually-transmitted-curse continues to plague her, from her school, to her home, until she starts to think she’s going nuts. 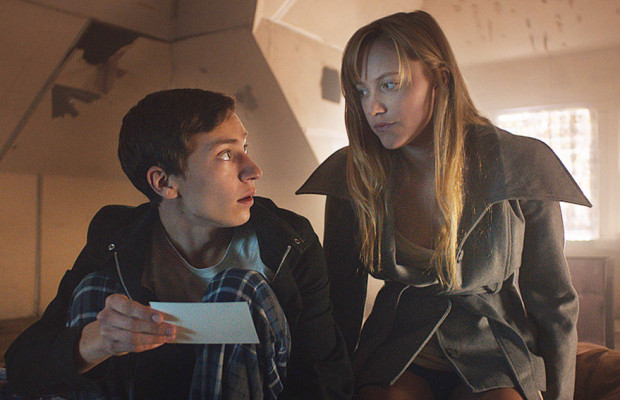 It Follows works as a standard nightmare scenario, only Mitchell’s amped it up to 11 with terrific casting (the cast are all nobodies, but deliver some terrific performances) and some truly terrifying set-pieces. The film’s idea that sexually transmitted curses manifest as ghost people nobody else can see works on a number of levels – sex is the most intimate of human contact, and naturally anything attaching itself to that will seem to become more acute, and as a form of psychological body-horror goes, It Follows ticks all the boxes for spine-chilling thrills.

Makia Monroe’s Jay is your typical middle-class white-bread suburban teen, no different from anyone else at her school, and certai8nly not “special”, so the horror that accompanies her after she has sex with Hugh taps into that vaguely virginal barrier of innocence. Monroe plays Jay with an implacable sense of desperation – as the screws start to turn, and her friends question her sanity, Mitchell’s sense of space and width to the movie, in that no matter where she goes, “it” will follow her, ratchets up the inherent moody terror like nothing I’ve seen. The rest of the cast are all unknowns, a gathering of generic, formulaic teenage friends who offer little depth dramatically, but who perform their roles well enough to generate large amounts of tension in that they’re not typically in harms way, but powerless to help Jay’s predicament.

It Follows is a masterclass in building that tension. Mitchell’s camera ranges from Kubrickian (the opening sequence, in which a young girl runs from her house, terrified, before returning, grabbing the car keys, and driving off, sets both the mood and the tone of all to follow) to the post-modern hand-held style so favored by directors looking for “edgy”. Mitchell doesn’t overuse his styles though, with his camera sweeping through the various locales and moments of the film with restraint and power. I mean, this film’s imagery, the way Mitchell uses the frame, is superb, perhaps the best of any horror film – nay, any film – outside of Hitchcock or Kubrick. Not to mention the use of sound – or lack thereof – to heighten the mood. The score, by US musician Richard “Disasterpeace” Vreeland, is a sample of electronics that reminds me greatly of John Carpenter’s horror work, and the plentiful bass tones and throbbing surround work are keenly acidic in effect.

It Follows feels at its heart like a throwback to old-school films of decades past  – the lack of “technology” like mobile devices and the internet, as well as the not-quite-modern vehicles used, seems to indicate the film is set in some fractured past somewhere, although at no point does the film determine exactly when it is. It keeps the viewer off-balance, in many ways, because you can’t assume the characters can use modern tech to figure things out – like texting or wifi or whatnot – but if you ask me, the film appears to be set back in the early 90’s some time.

Old-school horror fans will delight in It Follows’ simplicity. The hook is dynamite, the cast do seamless jobs conveying naturalism and believability (nobody forgets to switch on a light when they enter a dark room, or even hints at saying “I’ll be right back”), and the film’s palpable dread, infused with unstoppable terror at an unkillable force beyond comprehension, is knuckle-tighteningly brutal. If you’re a fan of genuinely tense, malevolent film-making, It Follows will absolutely gut you. Brilliant stuff. Watch it. Fear it. And never have sex, ever again.

6 thoughts on “Movie Review – It Follows”