Director :  Dean Israelite
Year Of Release :  2015
Principal Cast :   Jonny Weston, Sofia Black-D’Elia, Sam Lerner, Allen Evangelista, Virginia Gardner, Amy Landecker, Gary Weeks, Michelle DeFraites, Patrick Johnson, Gary Grubbs, Katie Garfield.
Approx Running Time :  106 Minutes
Synopsis:  A group of friends discover plans to build a time machine, build it, and wreak havoc with history.
What we think :   For a bunch of hip, switched-on kids, these guys haven’t learned from the mistakes of Back To The Future, Terminator 2, and The  Butterfly Effect. Never, ever, ever change stuff in the past, because it directly effects the future. Project Almanac has style to spare, and a largely likeable cast, but the film runs off the rails as fast as it can once our heroes discover the ability to change the past, and never recovers. One part romance, one part sci-fi thriller, Project Almanac almost runs aground on its own story but is still eminently watchable for fans of slick, hyper-kinetic storytelling.

At one point during this movie, one of the characters makes a reference to Doctor Who. Another of the characters responds by inquiring who Doctor Who is. This goes a long way to explaining why this film is as frustrating as it is. On one hand, the film’s meta-references to other time travel franchises, from Back To The Future, Terminator, and a few others, should indicate that the core cast of this movie (who have supposedly watched them all) should have a grasp on the deeper challenges of the genre – namely, the Grandfather Paradox and several other Butterfly Effect scenarios. Yet, the film doesn’t just avoid those sciency swerve points, it flat out demolishes them by the end. As confusing as time travel can be, Project Almanac’s breathless attempt to hipster-ize the genre becomes merely a muddled, screaming series of plot contrivance and really terrible Doctor Who-isms. And it all starts out so well. 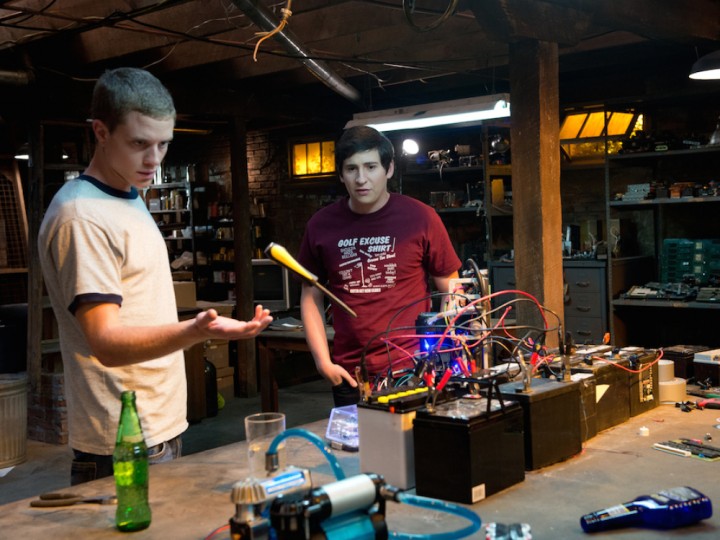 Filmed in the “found footage” style that has become to prevalent today as a genre in and of itself, Project Almanac takes a young MIT hopeful, David Raskin (Jonny Weston), and drops him into a fantasy-slash-nightmare scenario when he stumbles upon a prototype time machine developed by his late father (Gary Week), who was killed on David’s 7th birthday. David’s sister, Christina (Virgina Gardner), his friends Quinn (Sam Lerner) and Adam (Allen Evangelista) build the machine from the specs provided, but in order to find an adequate power source, enlist the aide of Jessie (Sofia Black-D’Elia) and her car battery. Jessie has been the long time unrequited crush of David’s since… well, forever, and when realizing the power of the ability to travel back in time, joins the gang. However, after initially using their time travel for small and innocuous means (winning the lotto, retaliating against bullies, and passing classes they thought they’d fail, David secretly uses the device to go back to a moment when Jessie was waiting to tell him she loved him, and correct a past mistake. Doing this, David sets in motion a series of time-skewed events that rock not only the group, but their school, their town, and even the very world we live on.

Yeah, you know that moment in Back To The Future II, where Doc has to explain to Marty that by altering the past by giving Biff the Sports Almanac (a subtle reference to the title of this film, perhaps?), he has created an alternate timeline in which Biff is now the dominant force in town and Marty’s life has gone to hell? Project Almanac does its best to do exactly what decades of time travel movies warn us not to do, and make us keenly aware of that by constantly referencing those same movies just to make sure we’re aware of it. Even taking this silliness into account, I still enjoyed myself for what the movie was, a blast of found footage hokum that never takes itself too seriously (although shades of Final Destination did creep in at one point, weirdly) that has a mild romantic plot hook wrapped around selfishness and consequences. 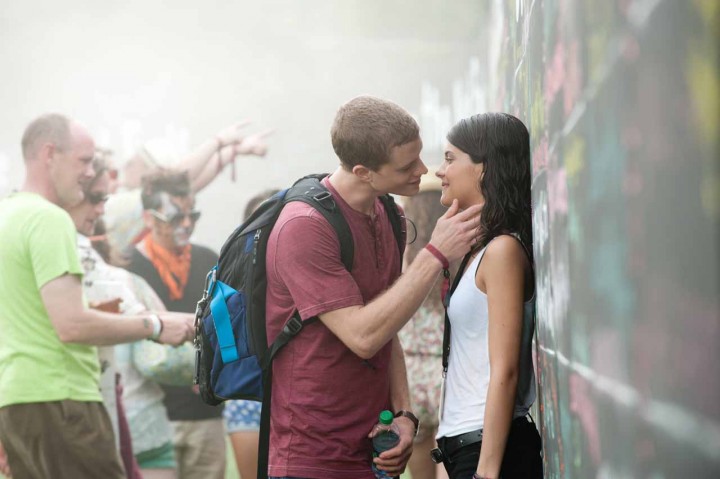 For a film running just over and hour and a half, the story takes its sweet time getting to the part where they first travel through time. The film could be divided in quality from both points – the part before the first time trip, which is all sweet innocent fun, and the point afterwards, in which the film becomes its own worst enemy as it obfuscates style into a pre-Bourne Identity Doug Liman styled acid-trip that borders of schizophrenic. The first forty minutes or so of Project Almanac is cookie-cutter teen romance mixed with hipster science and nerd rage, as David, Quinn and Adam use their smarts to develop the time machine in David’s dad’s basement. There’s a lot of goofing, a lot of jokes and winks to previous genre franchises, the latter of which is designed to give us expectations of this film’s smarts. Trouble is, this film isn’t capable of ascending to the lofty heights of the franchises it references, and it’s lazy storytelling to try and ride the coat-tails of the trailblazers of cinematic legend.

The second half of this Project is all time-travel nightmare, as our heroes soon learn the price of playing God with time, and while the script (by Jason Pagan and Andrew Deutschman) isn’t smart enough to venture into the pure ethical, moral and philosophical mode of, say, Doctor Who, in terms of cause and effect, it tries gallantly to make up for it with flashy editing, some pounding audio mixing, and a “let’s never stop filming” mantra that irritates more than it ever feels organic. David’s sister even secretly films her brother trying to pluck up the courage to make a move on Jessie at a key moment; it’s something I never thought of doing to my sister, no matter the urgency, nor would I expect any of my siblings to do the same to me. And David’s selfish run at trying to single-handedly stop the whole of time from unraveling seems to be a complete 180 from his character’s established style in the opening half of the movie – I guess there needed to be some kind of solo venture here, to amp up the tension, but Project Almanac clumsily handles it. David goes from “we’re being ultra careful and always using the buddy system” to “f@ck that, I’m going it alone” without a natural progression of his character. 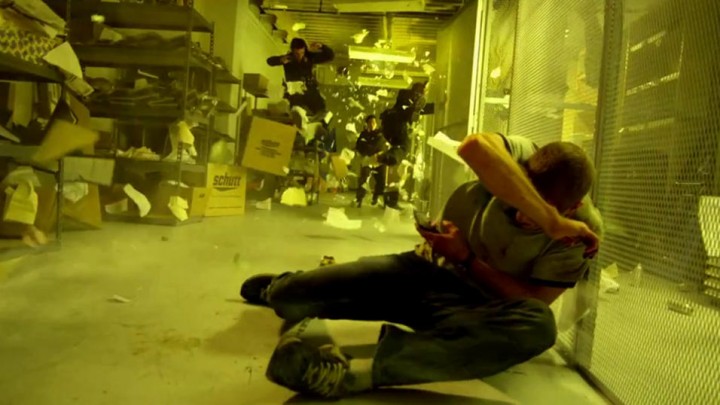 Even  with many moments of “really, that’s where they went with this?” throughout, I allowed myself to gently fall into Project Almanac’s fantasy world, wondering what I would do in similar situations – it’s not gonna happen, because I’m not smart enough to get into MIT… – and this first-person perspective is actually a nice little peek into the genre from a different angle. But it’s too energetic for most, with characters talking over each other (as they would in raw, found footage) and manically compounding every plot point like it’s galactic armageddon or something. The camera’s never-ending movement and eyeball-bleeding high definition, coupled with a sonic assault for a sound mix, make Project Almanac a headache to endure from about the half-way point. Prior to that, it’s at least tantalizing to witness what might be, what could be, what we wish would be. On the whole, it’s not an abject failure, and I’m dead-keen to see Sofia Black-D’Elia in something – nay, anything – else, but Project Almanac should come with a warning on the box that the first half and the second half almost appear to be made by different people.