Director :   Dylan Avery
Year Of Release :  2009
Principal Cast :  Narrated by Daniel Sunjata
Approx Running Time :  99 Minutes
Synopsis:  An examination of the September 11, 2001 attacks on America, and the theory that they were carried out under orders from the US government.
What we think :  While it takes a bit for me to change an opinion of a subject, Loose Change tries very hard, and fails. It does ask some questions I’m yet to hear good answers about (the leveling of 7 WTC, for example, was never adequately explained), but a biased narrative and “at all costs” tone to the depiction of events leads me to think this film might be simply skimming the surface and cherry-picking stuff to suit itself.

Look, I’m as in on the conspiracy theories as the next person – JFK wasn’t killed by a lone gunman, let’s get that out the way – but 9/11 Truthers have a huge amount to answer for. On the one hand, I’m fairly certain that human beings’ ability to find patterns in chaos is something only we’re able to accomplish, but on the other, there are questions about 9/11, and the official explanations for them, that remain a thorn in my side. Now, this review isn’t going to attempt to answer them, or provide explicit breakdowns of the subject matter on display in this documentary, but I will attempt to relate my feelings and thoughts about what director Dylan Avery has concocted about the “truth” behind 9/11. 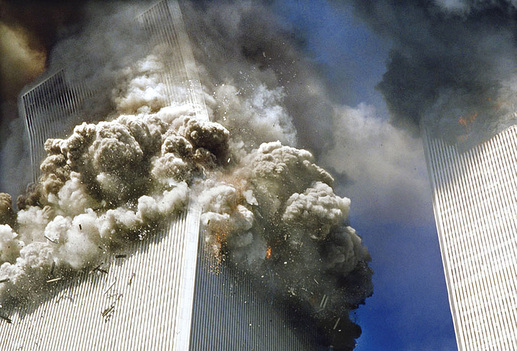 Like most, I was appalled by the events of September 11, 2001. A dark day not only for America, but the world, for not only did it usher in terrorism on a scale hitherto unprecedented upon Western society, but it also propelled us into a nightmarish conflict of ideologies to which we – and I use that term to define Western culture – misaligned and misguidedly attached. The so called War On Terror (ugh) was borne from the debris and dust of New York, Washington and Pennsylvania that day, whether we choose to accept the facts of the 9/11 report or the swirling controversies of the “truthers” out there: countless lives have been, and will continue to be, lost in the battle between “them and us”, the terrorists and (to coin a Bush phrase that should rankle any human being with a soul) “evil doers”, and no amount of blame shifting or conspiracy denial can defeat that one, simple fact. 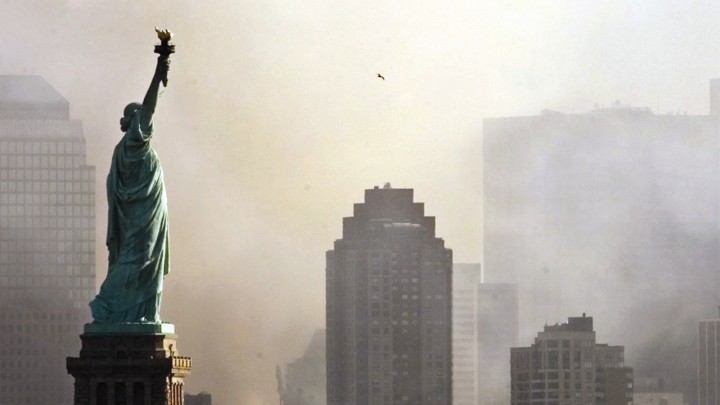 Dylan Avery’s mission to inform people of his version of events, known as Loose Change, actually began with a series of film releases beginning in 2005, via the internet, and as more information was released about that awful day, Avery re-released his film with updated material, culminating in a 2 hour 10 minute “final cut” in 2007. This version of the film, subtitled An American Coup, attempts to remove a lot of the theorizing (apparently, although it doesn’t do a great job, is Daniel Sunjata’s scornful and biased narration is anything to go by) and, as they say in those ol’ detective movies, “stick to the facts”. An American Coup was released in 2009, and much of it attempts to paint the reasons for the attacks, and who “masterminded” them, as not so much Osama Bin Laden, but rather the Washington elite – Bush, Cheney, et al, are all apparently complicit in the planned detonation of the twin towers of the World Trade Center, and naturally had a fair bit to do with the plane plunging into the Pentagon. 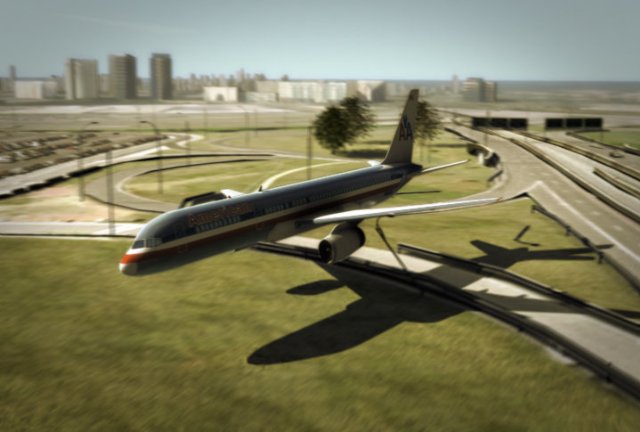 Since that day, and in the years since, two things have troubled me about 9/11, and the official statements which have come from various governmental agencies. Both are tackled in this film, and both still – at least to me – remain unanswered. First, the fate of United Flight 93, which was thought to be the only plane over which the passengers tried to take back control and prevent further ground-based tragedy, obliterated itself into a field in Shanksville Pennsylvania. Look at any aircraft tragedy in recent history, including the most recent one in Europe in which a pilot drove the plane into the French Alps on purpose: debris, wreckage, identifiable remains. Nothing of the sort was found in Shanksville. Why? Even the most egregious detonation or destruction of an aircraft leaves behind something, yet United 93 did not. 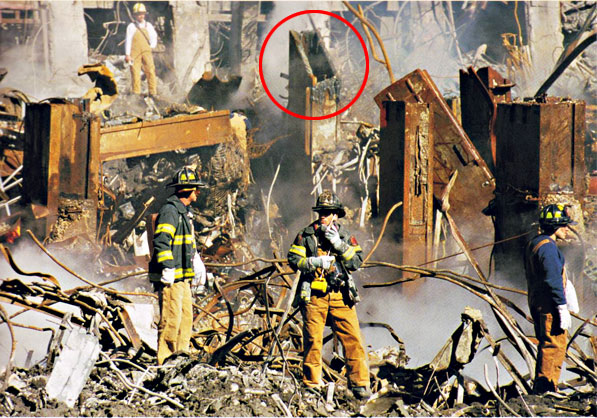 The second thing that troubles me, and I suspect troubles a lot of other folks, is the destruction of 7 WTC, a 47 story building across the street from the main WTC plaza. Not only did it sustain very little visible damage from either the plane explosions or the collapse of the towers (almost every other building around the WTC site endured incredible destructive forces, and yet remained standing), but it collapsed from what officials described as “fire related damage”. As stated in the film, it would be only the third skyscraper in history to collapse due to such a force. The other two being 1 and 2 WTC. 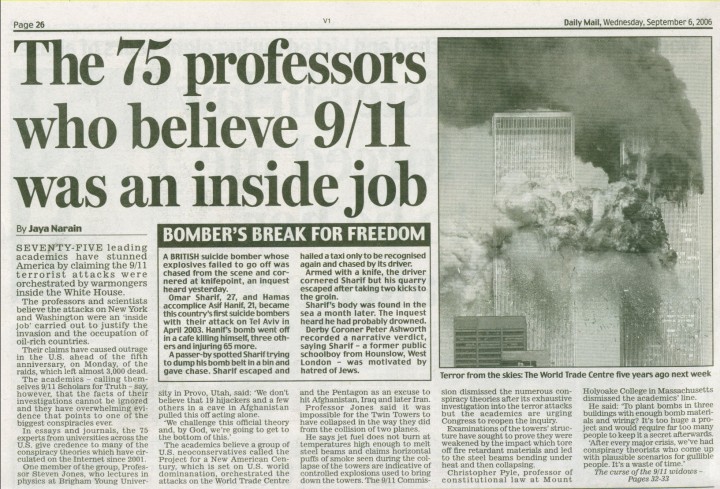 Taking into account these issues I have with official 9/11 findings, I’m disinclined to accept conspiracy theory work based purely on speculation. The film supposedly finds holes within the timing, information and accounts of multiple government and third-part sources who investigated the event. Now, I can’t speak for the veracity of Avery’s claims, but I admit even for a skeptic of government initiation into this, I found it a tad hard to swallow. It’s inflammatory, sure, but often the truth is inflammatory. As much as I know about 9/11, as an outsider looking in, it’s impossible to verify most of what is tabled in this movie. While it kicks off with conspiracy theories about Nazi Germany and the assassination of JFK and whatnot, once it gets into the 9/11 event itself, Loose Change is actually rather compelling. Avery drags in professors and scientists and eyewitnesses, specifically one who retells his account of surviving inside 7 WTC on that day, and it really does angle itself towards there being a greater force than simply a bunch of boxcutter champs with a vendetta. 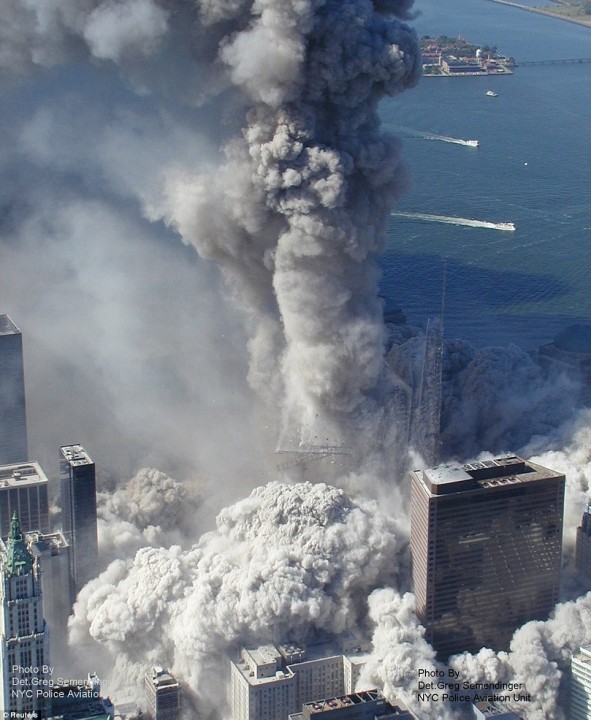 One thing the film doesn’t really delve into is the motive for the events of 9/11. It points the finger at Bush and most of his cabinet as complicit, if not entirely orchestrating, the events of that day, but it offers little by way of motive for it, other than some nationalized agenda shift to create within the US a force for global change – specifically, the War On terror, and its endless aftermath – but as far as specifics go, Loose Change doesn’t really challenge anything. If there’s a glaring, even impermissible omission from the film, it’s this. I guess we can speculate on the how, and the who, but the why is more interesting, and Avery’s decision to possibly “let the viewer decide” gives rise to a chasm of speculative historical anger. 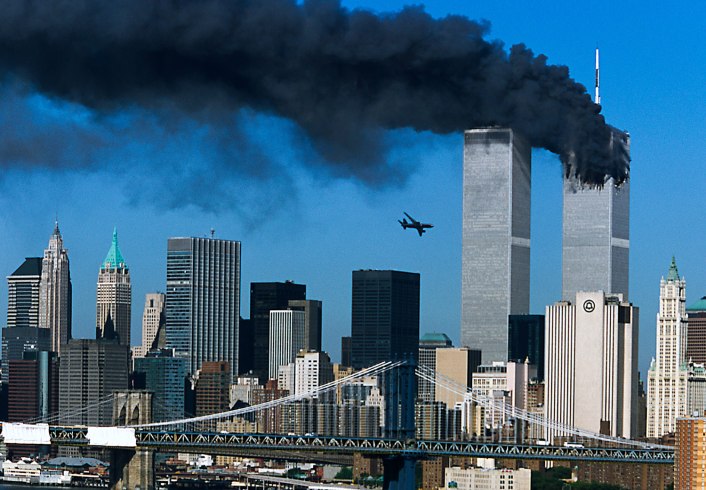 While An American Coup is presented in a thorough manner, and its inherent bias notwithstanding, it doesn’t really deliver the breakthrough lightbulb moment I was expecting. Had it changed my perception of the events of that day, or convinced me that 7 WTC’s collapse was due to some overarching conspiracy and located a smoking gun, it would have been a blazer, but without much other than joining the dots between inconsistencies in reporting (which happens a lot even during government peacetime, I wager) and attempting to explain that explosions brought down the twin towers instead of structural collapse, An American Coup isn’t much more than a slightly skewed think-piece on alternative explanations that do little to honor the memory of those who lost their lives. 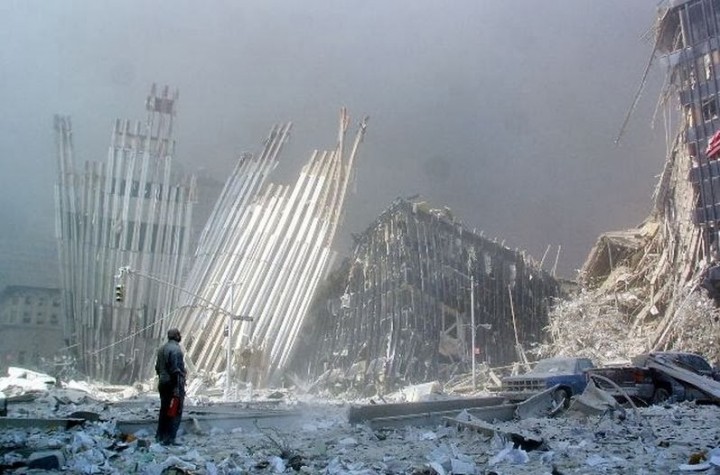 The problem with conspiracies, is that when they’re this big, they’re pretty hard to keep hidden. Considering the profile of 9/11 on the American consciousness, you’d think something would have come along by now. There might be elements of truth to Loose Change’s bold claims, but the wider picture and the players involved (are you saying George W Bush, the dumbest president everybody hated, had the brains to think this one through?) just doesn’t make a lot of American Coup’s narrative hold together.