Director :  Simon West
Year Of Release :   2015
Principal Cast :  Jason Statham, Michael Angarano, Dominik Garcia-Lorido, Milo Ventimiglia, Hope Davis, Max Casella, Stanley Tucci, Sophia Vergara, Jason Alexander, Anne Heche, Chris Browning, Cedric The Entertainer.
Approx Running Time :   92 Minutes
Synopsis:   When a Las Vegas bodyguard with lethal skills and a gambling problem gets in trouble with the mob, he has one last play…and it’s all or nothing.
What we think :  Leisurely pacing shouldn’t deter you from checking this one out. It’s a Jason Statham film, so expect a few brutal fight sequences, delivered with compact flair by Simon West, mixed amongst some B-movie dialogue and methodically restrained performances. Yeah, it’s not a classic, but it ain’t no crapfest either.

It’s over when he says it’s over.

The first film I saw of 2015, and man, if it isn’t my ol’ mate Jason Statham. Or, as I call him, The Stath™. The man just keeps on keeping on, churning out action flick after action flick, a modern day Jean Claude Van Damme, only with actual screen presence and more than one facial expression. And even though most of his films follow a similar template (he’s always a man with “special skills”, irrespective of his current career choice) and end with The Stath™ busting plenty of heads, laying the smack on all manner of henchmen, thugs and mobsters. Usually, Statham’s a wise enough performer to surround himself with quality talent, ensuring that even when he’s not able to carry the film with his considerable screen personality, others are able to share the load. It’s a formula which has served him well, through dreck like Parker, mediocre material like Safe, and tentpole projects like The Expendables. And Wild Card serves up that formula once more – The Stath™ plays a grumbly tough guy who deals in darkness but desperately wants the light. 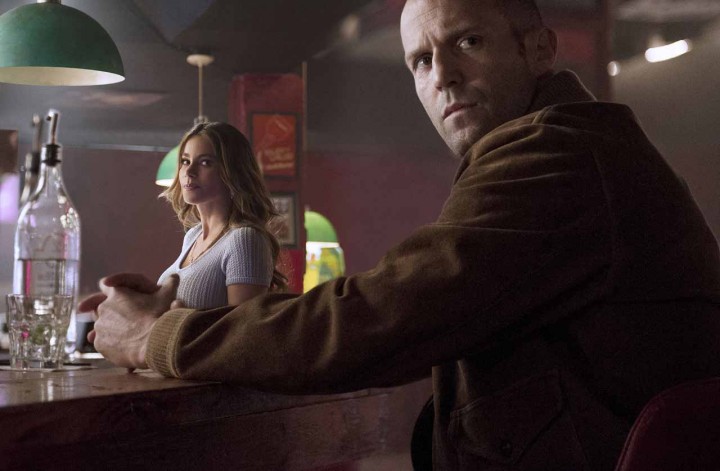 Wild Card is one of the better Statham films in recent times. No, it doesn’t stretch The Stath™ much as an actor, at least not outside his normal ability, so in that sense you can expect a solidly workmanlike performance from the leading man. It’s directed by Simon West, the man who gave us Con Air (for which I’ll forever be in his debt) and The Stath™’s The Expendables 2, so I knew going in it’d have at least a modicum of decent style and  technical proficiency. Wild Card is proficient – it lays down the smack with considerable tenacity, with West’s talent for making men cross their legs (Milo Ventimiglia delivers a career best performance as a man about to have his “bits” sliced off) and women looks sexy and powerful at the same time coming into play early on. The Stath™ plays Nick Wild, a Las Vegas chauffeur (with a set of “special skills”) who kinda makes enemies of a powerful mob gang, led by Stanley Tucci, after he allows a female friend (Dominik Garcia-Lorido) to gain revenge on one punter who goes too far (Ventimiglia). 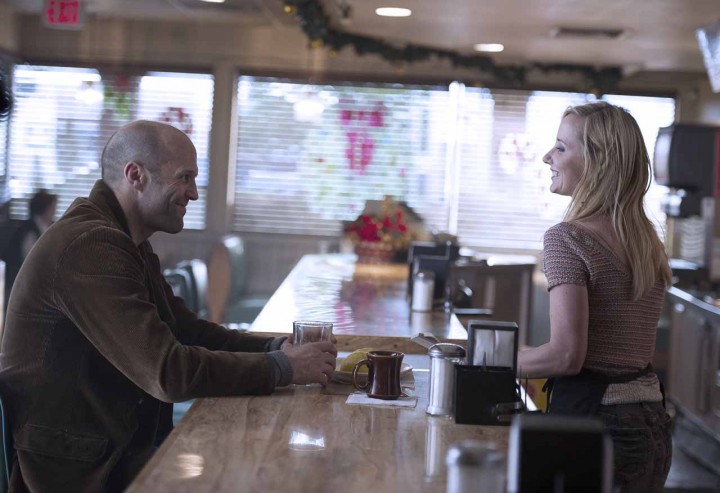 Wild Card is pure B-movie cheese. It’s got all the Vegas cliches, all the crime-thriller tropes, and all the elements of a modern noir classic, only without the “classic”. It’s hardly the all-out gung-ho modus operandi of an Expendables movie, and Wild Card does try and give The Stath™’s character more depth than many of his movies, but it never escapes the film it truly is: a genre flick following the same rules and regulations as all his others. Nick Wild (because his character has to sound cool, right?) is a decent guy caught in a shitty life – living in Vegas, dealing with scum and low-life every day, hoping to catch a break and leave the nightlife forever. After being the stand-over man for a girlfriend’s revenge, Nick wins big at a casino, with “luck calling”, before having “one last bet” to win big and leave town forever. Naturally, things don’t go to plan. 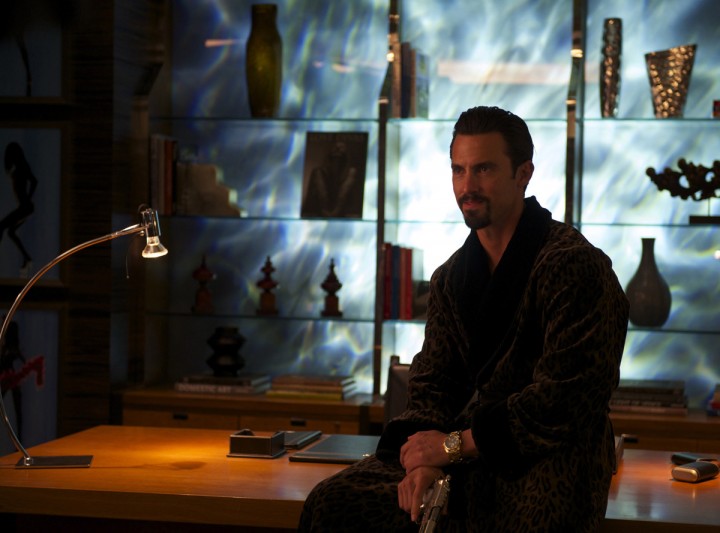 The key to the film is its dialogue. Although The Stath™ isn’t known for his linguistic dexterity, nor his vocabulary ever being able to extend beyond three syllable words, but Wild Card tries to mollify the baying hordes with some semblance of a change of pace. The Stath™ plays Nick with the flawed, sucked-into-the-depths nightmare of a man caught in a world he hates, and can’t escape. Michael Angarano, playing Cyrus Kinnick, becomes the light at the end of the tunnel for Nick, a young rich kid seeking adventure. It’s when the chickens come home to roost for Nick that The Stath™ lays down his charismatic “actor” mode and slips quickly into “headkicker” mode. The Stath™ is immediately likeable here, doing what he does best and at least trying to go somewhere he hasn’t been since Blitz. 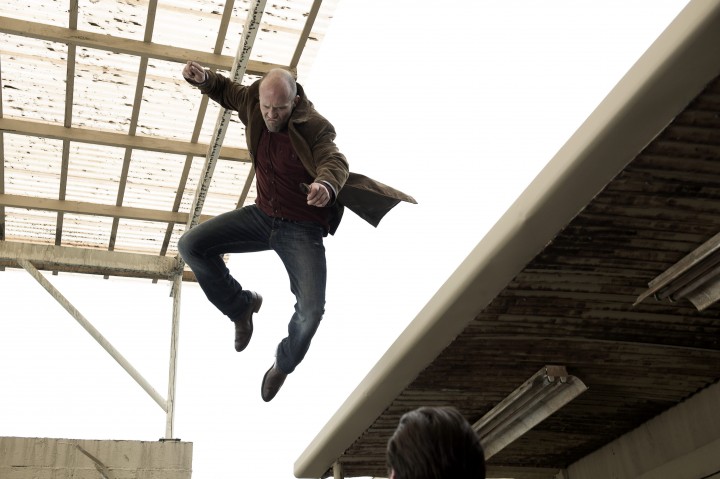 Wild Card attempts to become some kind of labyrinthine, multilayer story about redemption (I think) and guilt (again, I think), but midway through it fumbles the ball, not badly but enough to derail its good intentions for a bit. There’s not enough brawlin’ to satisfy the action quotient, and too much one-liner talkin’ without real believability to make it all worthwhile. Classy talent like Hope Davis, Jason Alexander, Sofia Vergara and Anne Heche provide some nice cameo appearances, but amongst the many flaws mainstream critics will have with Wild Card, they’re not amongst them. Unless you count “under-use” as a valid criticism. 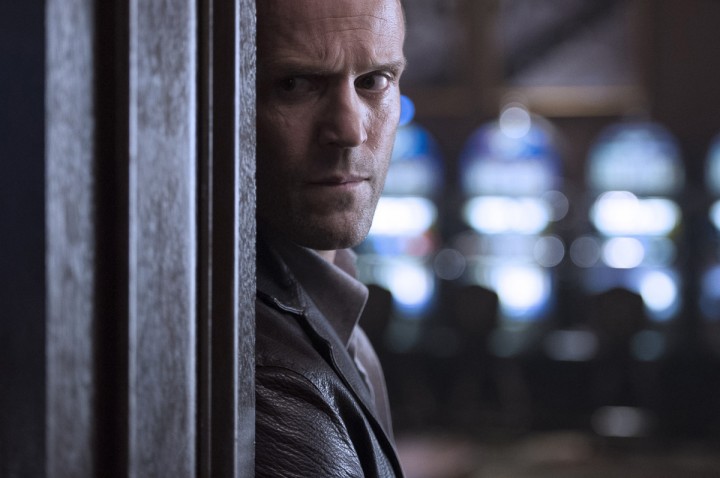 If you’re after a good time with an action flick, you could do worse than Wild Card. It’s not that action-y, but it delivers some nice – albeit infrequent – moments of The Stath™ kicking ass as he usually does, some solid direction from Simon West (modern action film-makers could do worse than emulate his crisp, clear style), and a clear definition that it’s not a film aiming higher than its reach. Wild Card is solid, undemanding, elegantly filmed work from both West and that hard-nut trooper, The Stath™.