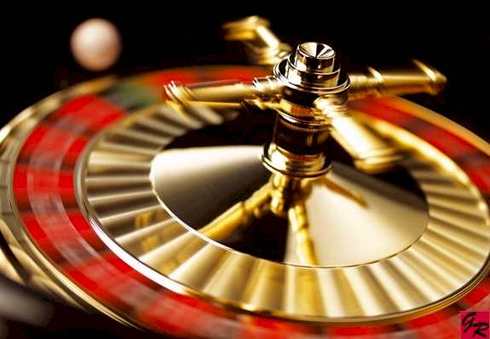 The game of roulette – and its many variants – have a long cinematic history, starting with David O. Selznick’s eponymous 1924 feature, and continuing through Casablanca (1942) and Rainer Werner Fassbinder’s stylish and disturbing Chinese Roulette (1976), in which the game was a cruel psychological one. The Deer Hunter (1978) is remembered in part for its unforgettable, harrowing Russian Roulette scenes, whereas 1993’s Indecent Proposal is remembered for being awful.

In the meantime, fans of the basic concept of roulette – let fate dictate the outcome of a given situation – have come up with games like The Beer Hunter (Russian Roulette with a shaken-up tinny instead of a gun) and even Chicken Wing Roulette (spin a dish and try not to get the super-spicy one), playable at various restaurants. Roulette itself can now be played as an app or through various websites, with other sites devoted to explaining the various strategies and best places to play.

Now Netflix has applied the spin-the-wheel concept to the almost universally tricky activity of choosing a movie to watch – and it works. It makes sense, certainly to a generation of people who have come to appreciate the iPod’s shuffle mode, and it’s basically the same thing. With an iPod, you can choose to shuffle a playlist you’ve made yourself (or one that iTunes has created for you), a whole album, an artist or everything you have. With Netflix Roulette (which is not actually affiliated with Netflix), you can spin the wheel with everything as a possible choice, or input various filters like a director’s name, actor’s name or other keyword. The app now includes the ability to filter by rating as well (between 1 and 5).

The beauty of it is that, if you choose the random movie suggested, give it 10 minutes and decide it’s not for you, you can simply spin again. Contrast that with the times when you’d been to the video store to rent a DVD; unless it was completely unwatchable you’d feel you had to sit through as much as possible, having paid money for it. 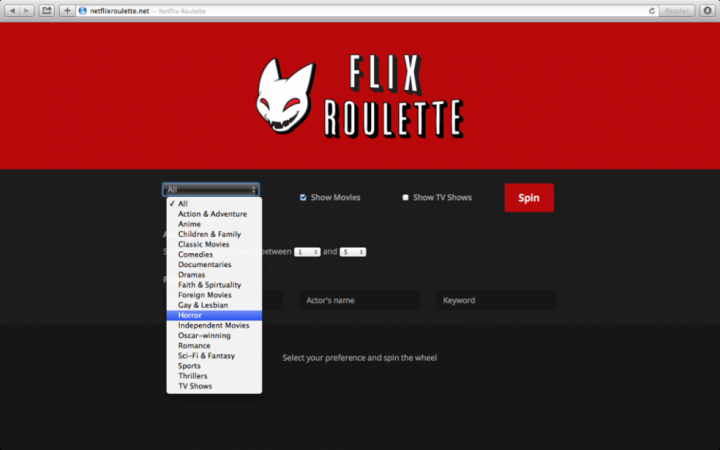 You can use Netflix Roulette through a browser or download an Android app, though some have complained that the service is either not always up to date with Netflix’s current offerings, or suggests movies and TV shows that aren’t available in their territory yet. This will no doubt be an issue for people who live in (for example) Australia, and manage to get around the geo-blocking Netflix uses, but bear in mind that using it costs precisely nothing. If you ever scratched your head and spent more than 5 minutes trying to decide what to watch, it’s got to be worth a try.