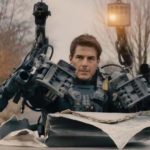 Director : Doug Liman
Year Of Release : 2014
Principal Cast : Tom Cruise, Emily Blunt, Bill Paxton, Brendan Gleeson, Kick Gurry, Dragomir Mrsic, Charlotte Riley, Jonas Armstrong, Noah Taylor, Franz Drameh.
Approx Running Time :   113 Minutes
Synopsis:   After Earth is invaded by hostile aliens, a last -ditch assault to wipe them out will meet with disaster unless one man, who possesses the ability to reset time each day, can stop it.
What we think :   Pulsating sci-fi actioner delivers on just about every count, and then some. Cruise is characteristically on point, Blunt is kick-ass, Bill Paxton is a riot, and the special effects are top-notch. This is perfect popcorn entertainment that isn’t as mindless as its contemporaries, and a welcome antidote to the dreck of tent-pole sequels flooding the cineplexes each year.

He might be a crazy, couch-jumping, Scientology-loving nutcase, but Tom Cruise doesn’t go into a film with a half-assed performance. If there is one thing you can count on with Cruise, it’s that he invests himself thoroughly within a character (and a film), and it’s through this investment that he remains one of the world’s preeminent A-list superstars. While 2012’s Oblivion may have lacked audience appeal or a fresh plot, Cruise wasn’t the weak link in that film, and he isn’t again here. Not that Edge Of Tomorrow has any real weak links (other than its ending, more on which I’ll discuss shortly); Doug Liman has crafted a thrilling, involving, intelligent sci-fi actioner that will appeal to a broad spectrum audience – with both its leading man and leading woman asserting their authority on the screen, Edge Of Tomorrow is a blast from start to finish.

The film is set in the near future, where aliens known as Mimics have landed and infested the European continent; highly dangerous, the war against them is largely going against us. Military PR dude William Cage (Tom Cruise) is sent to London for a briefing, only to find himself ordered to the front lines of a last-ditch United Defense Force invasion of France (similar to WWII’s D-Day). Cage winds up with J-Squad, led by belligerent drill instructor Farrell (Bill Paxton), and against his protests, is given a mechanized battle-suit and dropped onto the battlefield with his fellow soldiers. Cage only lasts a few minutes before he is killed – and wakes up again on the tarmac of Heathrow Airport, with Farrell standing over him. Realizing that he’s reliving the same few days, Cage winds up contacting legendary war hero Rita Vrataski (Emily Blunt), who understands the power he has because she also once was able to do the same thing. Together, they work towards locating the controlling node of the Mimics army, and set about taking it down and winning the war.

All I really want to say about Edge Of Tomorrow is this: loved it, loved it, loved it. Finally, a major summer tent-pole that isn’t a sequel, rom-com or Oscar-bait drama, and one that isn’t as stupid as a ten foot tree. A wonderful mix of intelligent scripting, ripping special effects, and competent performances from the entire cast, Edge Of Tomorrow is pot-boiled sci-fi torn straight from the pulp pages of decades past. Based on Hiroshi Sakurazaka’s novel “All You Need Is Kill”, the film’s unique “time loop” premise runs the risk of repetitive fictional cliche, yet is handled with style and humor by the screenplay. In a weird throwback to films such as Back To The Future and Groundhog Day, Cage’s reliving of the same few days, over and over, provides plenty of opportunity for humor due to his gradual acquisition of foreknowledge of events to come – in particular, Bill Paxton’s gruff drill sergeant, who gets plenty of laughs from the audience as Cage one-ups him – and for a film marketed on its “alien invasion” conceit, there’s a surprising amount of chuckles to be had here.

Tom Cruise once again commands the film, as Cage, and although he starts the film as something of a coward, it’s not too long into his repeat of days that he starts to become the lock-jawed superhero that has become his screen persona down the years. The progression of Cage’s transition is well captured, and it’s fair to say that the journey to war hero isn’t an easy one for him, giving Cruise more chances to display his wry wit and blazing white smile from sniveling snot to strutting heroism within the film’s 2 hour running time. Emily Blunt rocks as the hard-ass Rita Vrataski, channeling a Terminator 2-esque Linda Hamilton as she strides the battlefields leading her men and gunning down Mimics. As mentioned, Bill Paxton has a whale of a time as Farrell, and Brendon Gleeson’s UDF commander, Birmingham, is cheesy goodness for the actor to sink his teeth into. The second rung of the cast, primarily composed of J-Squad’s recalcitrant members, offers a piecemeal approach to stereotyping militaristic rostering – the token black guy, the token butch female chick, the token Australian dude… wait, what? Kick Gurry, whom folks would have caught in Aussie flick (helmed by Alex Proyas, no less) Garage Days, is one of J-Squad’s members, Griff, and he has a couple of memorable scenes opposite Cruise as the film progresses. Generally, though, this film belongs to Cruise and Blunt, and they both do equally solid jobs with their roles.

As far as the film goes visually, Liman has delivered one hell of a gorgeous product. From the sandy battlefield of invasion-mode France, to the desolate and devastated Paris, to the pristine streets of Whitehall in London, Edge Of Tomorrow is a seamless blend of studio and location shooting, culminating in a brutal beachhead assault between humanity’s last military hope, and the forces of the alien invaders. The design of the Mimics is cool, although the film never pauses long enough for us to really get a good look at them: they’re all tentacles and spinning fire, death personified. They’re unstoppable, powerful enemies, and it’s little wonder humanity has trouble taking them down. The fact that they can control time is particularly prescient, considering the plot revolves around this element, and as far as having the odds stacked against us, they serve their purpose well. The Mimics aren’t given much back-story or even really explained beyond that which serves the story, which gives them an air of other-worldly mystery, heightening the tension of confronting them.

However, and this is a fairly big however, I do wish to reserve some criticism for the film’s ending. Not having read the original text, I can’t vouch for its similarity, but the ending of the film is particularly controversial. The film’s final sequence attempts to “happy ending” the until-then relatively bleak and desperate narrative. The sun-shiny nature of said final scene almost utterly undoes a lot of the good thematic and visual work from the previous hour and 30 minutes, offering the promise of the audience wandering from the darkness knowing all is again right with the world. But they shouldn’t be, the film loses itself in this scene, and one wonders if it was a mandated studio ending rather than an organic, screenwriter-oriented one. Edge Of Tomorrow only needed to finish five minutes earlier to be an absolute masterpiece; the final scene trips us up, goes against the grain of the rest of the film, and undoes all of Liman’s amazing work to that point.

Ending aside though, Edge Of Tomorrow is still a terrific work of entertainment. The editing and story are razor sharp, the characters plausible within the context of the world of the film, and the added bonus of time-shifting science merely adds candy to the top of this very nice ice-cream. While some of the science might go over the heads of some viewers, and the internal logic of the film starts to wobble late in the game, the rat-a-tat pacing and desire by Liman to steamroll on regardless means you won’t get a chance to spend too long thinking about it all. Whether you buy into the premise or not, there’s a sense of fun and energy about Tomorrow that cannot be manufactured, and even the most jaded viewers amongst us will find something to enjoy here. Edge of Tomorrow isn’t perfect, but it’s damn entertaining. 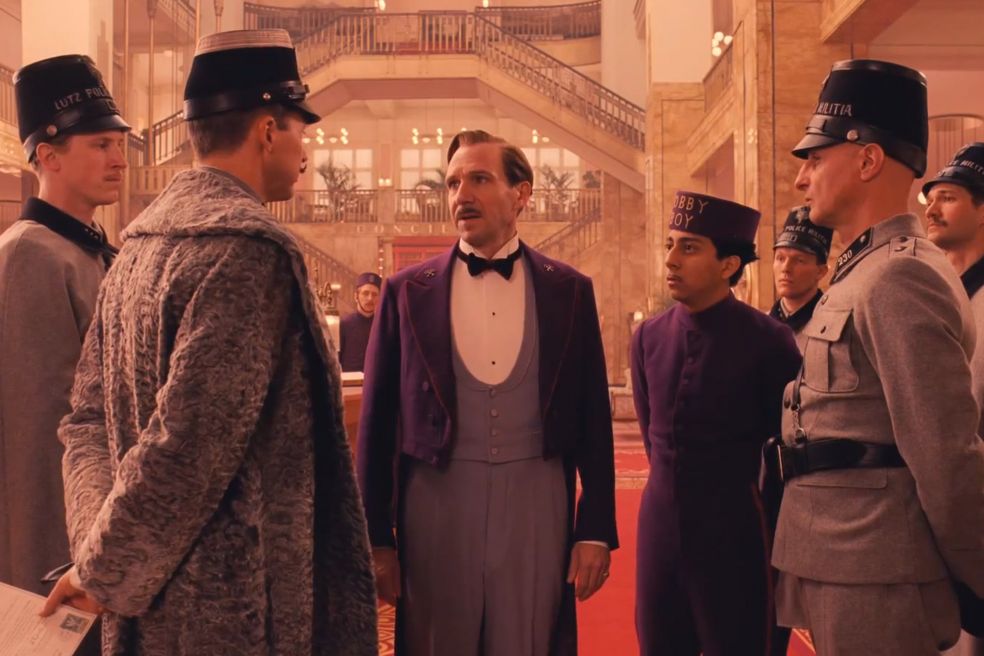