Movie Review – In A World…

Director :  Lake Bell
Year Of Release :  2013
Principal Cast :  Lake Bell, Fred Melamed, Michaela Watkins, Ken Marino, Demitri Martin, Rob Corddry, Alexandra Holden, Nick Offerman, Geena Davis, Eva Longoria.
Approx Running Time :   93 Minutes
Synopsis:  A female voice artist competes for a coveted television promotion where the use of the famous phrase “In a world…” is going to be brought back.
What we think :   Flaccid Hollywood-indie film is smartly written, but poorly paced as it languishes through moments of utter boredom; In A World promised much at the outset, but delivered very little other than a weirdly focused female empowerment film that undercuts its worth thanks to Lake Bell’s inadequate heroine. In A World…. has plenty going for it, it just doesn’t feel as energetic as it probably should have been. Nope, I didn’t think it was great.

Not quite the world you expected.

You know the voice; that deep, resonant scrotum-twitching man’s man voice that booms through the cinema speaker, exhorting you to go watch the next major blockbuster that will inevitably change the way you view films forever. The ubiquitous trailer voice, almost always a man, has become synonymous with film promotion, has long been a staple of the industry, a factor used by actor/director Lake Bell to form the basis of this industry comedy about a female voice artist trying to get her foot in the door. Names like Don LaFontaine, Hal Douglas, Christopher Kent and others became inextricably linked with film advertising; female voices, however, were never popular with studios – a rare exception was Melissa Disney’s vocals on the Gone In 60 Seconds trailer, which snagged her Key Art Award at the time – and now even the men are being slowly shoved aside in favor of the use of in-film dialogue for the marketing. Whether Lake Bell’s film about a woman trying to break into the potentially lucrative voice artist market will make any difference to the gender inequality within the system, remains to be seen (I tend to think not, in this sexist and misogynistic society we have), but at least In A World gives it a crack. 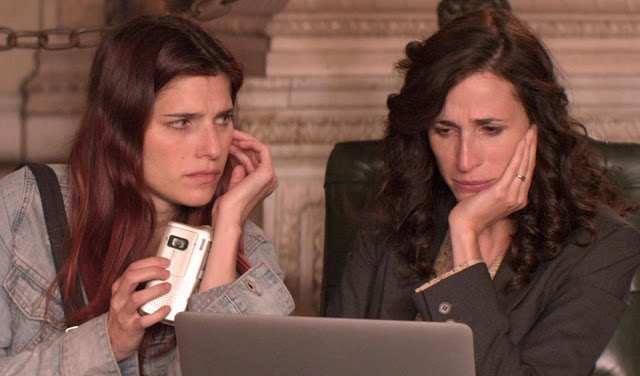 Yeah, this Myspace thing is never gonna take off….

Plot synopsis courtesy Wikipedia: A king of voice-overs, Sam Sotto (Fred Melamed), has published an autobiography and is about to receive a lifetime achievement award. His daughter, Carol Solomon (Lake Bell), is a struggling vocal coach who has always been overshadowed by her father. Sam kicks Carol out of the house so that he can live with his 30-year-old girlfriend Jamie (Alexandra Holden), and Carol goes to live with her sister Dani (Michaela Watkins) and her husband Moe (Rob Corddry). Upcoming film series The Amazon Games plans to bring back the famous Don LaFontaine “In a world…” line and the trailer voice-over is highly sought after. Sam bows out so that his friend and heir-apparent, Gustav Warner (Ken Marino), can assume the role. Gustav fails to show due to laryngitis, so studio engineer Louis (Demitri Martin) asks Carol to provide a temp track. It gains the attention of the executive producer, who now wants Carol for the job. Carol also gets other work offers. She neglects to tell her self-absorbed father about her new-found success. Gustav and Sam feel entitled and are dismissive of the unknown woman who “stole” the job from them. After a night spent with Carol (unknowing who she is), Guztav and Sam continue to pursue the identity of the mysterious woman, while Carol continues to lobby for the role of the voice-over artist for the show.

In A World didn’t hit the mark for me. I expected it to, considering I love films about the industry of Hollywood, but this “comedy” never really took off. Okay, I’ll admit a lot of what was happening was amusing, and Rob Corddry steals his scenes (and nearly the film) from everyone, but the melancholy tone of the story – a woman finding her place in a man’s world – and the stumbling, uneven pacing, left me underwhelmed. The script, written by Lake Bell (who also directed) punches above its weight with some sweet, sly, wry observational humor and plenty of jabs at the misogyny of Hollywood, and I think it certainly had the potential to really slam-dunk the concept had it been helmed by somebody else. I’m pleased that Bell had a chance to direct her own script, and I’m in the group that think women are woefully underrepresented in Hollywood (and in cinema generally), but I think her investment in the script meant she was too slavish to every nuance to shave some gaps out of this movie’s narrative. 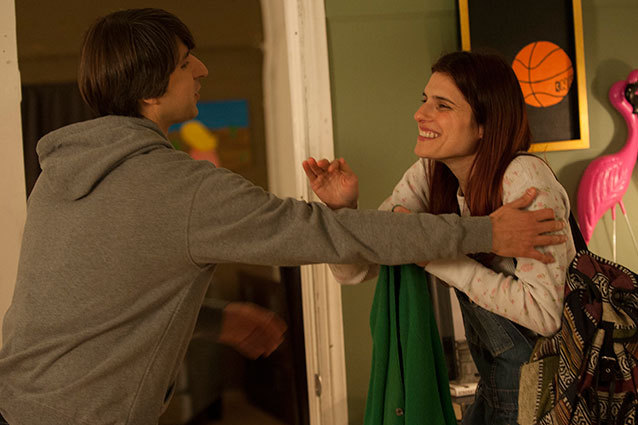 Awkward Hugs Are Us!

At a brisk 90-odd minutes, In A World never outstays its welcome, but it feels too sluggish at times, mixing up minor subplots with the major through-line with a lack of focus and a feeling of trying to accomplish everything within the short time span. Lake Bell’s direction is workmanlike without being overly auteur-ish, her framing and ability to draw nice performances from her relatively unknown cast something I think will serve her well in projects to come. Here, though, she strives to accomplish too much too quickly, with a meandering pace that allows the seams to start showing. The laughs became fewer and further between the longer it went, although things always picked up whenever Fred Melamed appears on the screen – he’s terrific as Sam, a self-serving and self-involved “artiste”, while Rob Corddry does a great job as Moe. Perhaps the weakest part of the film is with Lake Bell herself, trying to support a full feature with her inconsequentially indifferent character of Carol. Stuff happens to Carol, but she never instigates it – she’s the heroine by accident, not by choice, and the film never pays her her dues for it. Inadequate character development of Carol also robs her of a lot of depth, which is disappointing, but in saying that she’s surrounded by nice supporting cast, so it almost balances out. 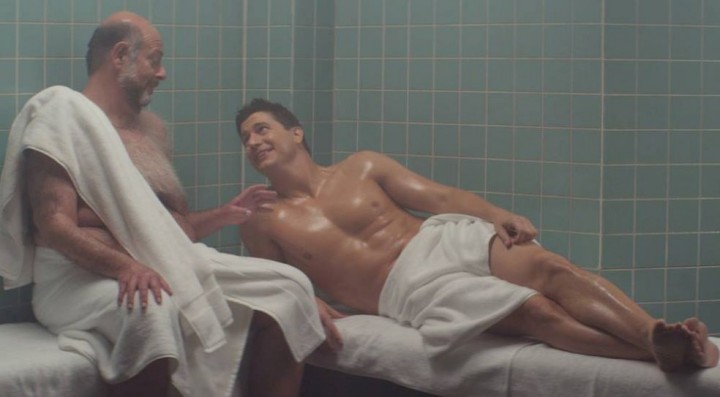 Inevitably, when a film trying to be a comedy doesn’t elicit a laugh – hell, even a mild smirk might have been nice – that bitter taste of expectation unmet rises up like bile. Crushing disappointment that a film about the inside of Hollywood misses the mark, and misses it quite widely, facilitates a low score, something it might have avoided had it just been more…. fun… hell, anything other than the uneven imbalance of wry humor and subtle drama it contained. Cameo appearances by Eva Longoria (who spends the film with a cork in her mouth…. don’t ask) and Geena Davis (yes, that Geena Davis) fail to bring any sense of genuine humor into the narrative. In A World – and I’ll be blunt even in the face of wanting Lake Bell to succeed as a female filmmaker – is merely adequate.