One billion would have been better. But I guess for Nebraska, eh, a million ain’t so shabby.

After many years of boozing, whoring around and sitting on his lazy rump, Woody Grant (Bruce Dern) finally gets the opportunity of a lifetime: The chance to claim a million dollars. The way in which Woody finds out about this offer is through the mail, which obviously means it’s a scam put on by some of these magazines, in hopes that they’ll get more and more subscriptions. Everybody around Woody sees this, but he doesn’t, so therefore, some go along with it. That “some”, ends up being his youngest son David (Will Forte), a guy who is stuck in a rut of his own as well. Together, the two embark on a road trip to Lincoln, Nebraska where Woody hopes that the money will be, even though David knows this not to be true. On the way to their destination, however, they meet up with old family, friends and acquaintances, telling them all about the path they have set in front of them, and for what reasons. Some see this as a joke and know it’s crazy-talk, but some actually take this story to heart, and get a little bit threatening, feeling as if they’re owed a bit of that cash-flow just as much as Woody is.

Alexander Payne has made a career out of these types of movies: Smart, slow, but realistic character-studies about people whom you feel are actual, real-life human-beings. They also mostly have to do with a road-trip occurring at some point or another, which is exactly what this flick is dedicated to, but they never quite play-out with the same old wacky goofs or hijinx you usually see from road-trip movies. Instead, you see real people, talking about real things and going their daily-lives, as if they really were “the real thing” .

So yup, in case you couldn’t understand by now, Payne usually excels in these types of movies, and this movie only proves that statement as fact, although it surely wouldn’t be the clear-cut example I’d use in a prestigious argument, if and whenever I found myself in one.The idea of whether or not this whole “winning one million dollars” stipulation is really a scam, or something that Woody actually received, doesn’t quite matter, as it’s used as a stepping-stool for showing what America’s past-time was like, and still is to this day. Some may be surprised by this, but I actually do have friends and family living out in some of the rural areas shown in this movie, which not only gave me a closer-connection to it, but also made me feel like all of the raw, rather saddening vibes this movie was giving off, were deserved. This is a snap-shot of America that we don’t usually see depicted in the movies, and even if we do, it’s usually dollied-up to make it look like a Southern bumpkin town that’s full of all sorts of fun and happenin’ events.

But not in this movie it ain’t! Instead, what we do get a glimpse at is an area of our nation that’s worn-out, tired, broken-down, sad and just waiting to be blown off the world, much like most of the people that inhabit the cities are. They’re on their last limbs and looking down the barrel already, and yet, they still continue to live their lives, as happily and as winningly as they can. That’s what I noticed when I visited my relatives all of those years ago, and that’s the same exact feeling I got from this movie; they didn’t care where they lived or what it was that surrounded them, they were just happy to be alive and doing the things that they do. Even if those “things” simply meant going outside, finding a chair, sitting in it and watching the cars go by, then so be it. They’re just living, man. And so should you!

Anyway, Payne’s raw emotions of what the center-core of America is really like, rang true with me. However, there’s one glaring difference between this movie and all of his others, which became more and more evident as it went along: He’s only the director here, whereas the writing duties are given to Bob Nelson this time around. To be honest, I kind of feel like a d-bag for having a problem with this aspect, considering that most of the movie does in fact feel like an Alexander Payne movie, but there was still something missing for me that could have gotten it over that hump into where I’d be fully taken in by the material, no matter how dry it was.

See, the whole movie plays out with this soft, rather mundane tone that evokes plenty of emotions of what the people out in the Midwest most likely feel on a day-to-day basis. That part of the movie worked well and showed Payne’s talents in full-fledged form; however, when things began to get a bit too theatrical and sentimental, something didn’t feel right. Because on one hand, you have this movie that’s playing out is if its real life, where conversations don’t really start and they don’t really end neither; and then on the other, you have this one movie that seems like it wants to be a heartfelt tale about an estranged son and his daddy reconnecting after all of these years of not really seeing one another, or even “getting” each other when they did see the other. So basically, you have these two different movies, that sort of want to say the same thing, but can’t. They’re directions are driving them out in different ways, but somehow, are meant to be reconnected in the end by the fact that we all want to see a happy ending, even if it is a realistic one. To me, this didn’t quite mix as well, and probably would have been better if Payne took over writing-credits in the first place.

Like with most of Payne’s movies too, the people he chooses for his casts may not be the most famous, notable names in the world, but they’re still inspired choices nonetheless, and nothing could ever be further from the truth than here with whom we have here. It makes sense that Payne would mostly cast little-to-unknown names and faces in this movie, because it goes almost hand-in-hand with a premise that’s as simple as you could get, with a look that’s not really trying to reinvent-the-wheel or anything. It’s just trying to tell a honest, easy-going story, with characters that deserve one. Especially a character like Woody Grant, played to utter-perfection by an Oscar-hopeful Bruce Dern.

Most may know the name (father of Laura), but some won’t be able to match the face at all. And that’s fine, because it actually works a lot more in Dern’s favor since he’s able to sink his teeth into Woody, the type old-corker that you see in these movies and is usually played-up for laughs, but instead, gives us a raw look at a man that’s been through mostly thick and thin with his life, and is about sick and tired of it. However, he never lets you know that he’s a sad, old fella. You can tell just by looking into his eyes, or listen to the tone in his speech, whenever it is that he actually does in fact say something. Woody’s just your normal senior-citizen who wants to make some more meaning out of his life, and feels like these million dollars may just be the main resource to help him fulfill that dream, regardless of it’s real or not. Dern’s great here and shows us why he deserves bigger, and far better roles than what he’s been given through his long career. Most likely, this will be the role to ensure that.Same goes for June Squibb, the hard-spoken wife of Woody, Kate, who may also be looking at a nomination by the end of the year as well. Squibb is so great here because she’s nasty, mean, lean and not afraid to speak her mind. She can be a bit of an old, haggy bitch when she gets on Woody’s case for doing something, but when she backs him up when all of these other people seem to try and schmooze him out of getting a cut of the money, you feel a certain ounce of sympathy for her, as you know that she loves her husband, but most importantly, she loves her family and won’t stop at anything to protect them. You love her when she’s making you laugh by letting everybody know how she feels at any given moment, and you love her even more when she shows that there’s an actual feeling of emotion she has for her fam-squad, which brought a bit of a tear to my eye.

As for Will Forte, the one who clearly doesn’t have the most experience when it comes to subtle, dramatic-acting, the guy ends up doing pretty damn well. Granted, he isn’t really stretching himself far beyond his limits, but the guy still shows us that he can be funny, even while he is being earnest, proving that the guy does have some real comedic-timing. Same can be said for Bob Odenkirk, who plays his brother, Ross. Then again though, I feel like most of you already know that by now.

In his whole list of lovely gems, Alexander Payne’s Nebraska may not be the best, but it’s still an honest, funny and well-acted look inside the lives of people who don’t really do much with their lives, and yet, are still very interesting to watch and just hang around with. 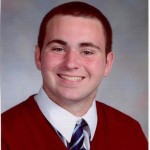