Director :   Lee Daniels
Year Of Release :   2013
Principal Cast :   Forest Whitaker, Oprah Winfrey, David Oyelowo, Terrence Howard, Elijah Kelley, Adriane Lenox, Vanessa Redgrave, Clarence Williams III, Robin Williams, James Marsden, Minka Kelly, Liev Schreiber, John Cusack, Alan Rickman, Jane Fonda, Alex Pettyfer, Yaya DaCosta, Jessie Williams, Cuba Gooding Jr, Lenny Kravitz.
Approx Running Time :  130 Minutes
Synopsis: A White House butler witnesses moments of historical importance as he tries to balance the conflict between himself, his son, and his wife.
What we think :  Overly preachy, devoid of subtlety, The Butler is Hollywood through-and-through. It tackles sensitive racial issues with stop-start tenacity, underpinning the genuinely horrific moments of American Civil Rights with an almost Forrest Gump-ish sense of over-sentimentality. It’s like they’ve said “here’s how hard it was, but don’t worry, because it all worked out in the end”, leaving much of the film’s subtext and potency rendered powerless thanks to a largely inert narrative. Forrest Whitaker is, as usual, excellent, and David Oyelowo is terrific, but the casual parade of Hollywood A-listers in cameo glory-roles is distracting to the point of frustration.

What does a butler do? He…. butles.

Set against the onset of America’s civil rights movement, and the desegregation of much of the country’s deep south, The Butler is a mix of warm-fuzzy longing for a bygone era of lost innocence, and a steel-willed diatribe on the American dream. Based on the true life story of former White House butler Eugene Allen, The Butler’s fascination with historical minutiae is muted, favoring a more cursory examination of the context and focusing more stringently on Forest Whitaker’s association with it. Where the truth end and the fiction begins is unclear (at least to me, an ignoramus of such things), a marriage of Hollywood fantasy and True Life reality that blends the soft, earthy tones of 60’s Americana and the harsh neutrals colors of Washington DC’s political scene with mixed effect. The Butler is a glimpse into a life we’ve only dreamed of, and a life we’ve only had nightmares about – working in the White House would be a marvelous opportunity, yet those black men and women who did during the era of Jim Crow probably considered it paid slavery. 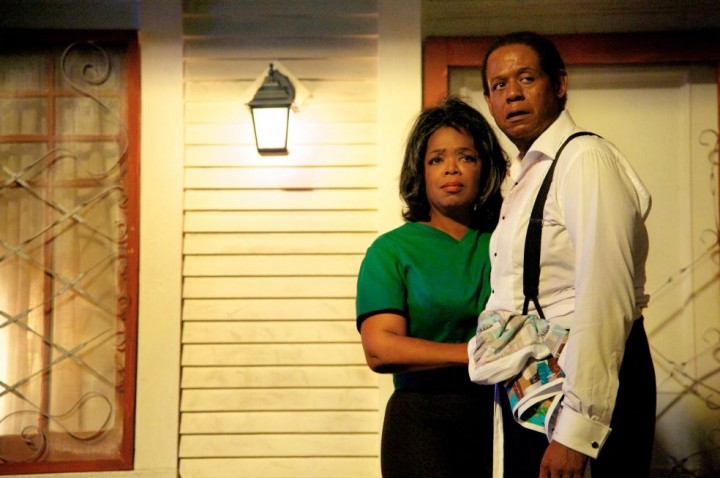 That fool comes up on my porch again, I’m gonna give him a whupping!

Cecil Gaines (Forest Whitaker) is a black American living in the Deep South, who finds himself employed as a butler at the White House during the Eisenhower Administration. As the various Presidents come and go, Gaines witnesses many historical events, although he must balance the ongoing civil rights movement with the actions of his eldest son Louis (David Oyelowo), who is a participant in the protests. Gaines’ wife Gloria (Oprah Winfrey) is a raging alcoholic, who also dallies with Cecil’s neighbor Howard (Terence Howard) due to Cecil’s protracted work hours. Meanwhile Cecil’s younger son, Charlie (Elijah Kelley) enlists in the army to fight in the Vietnam War, something he knows his father will oppose. 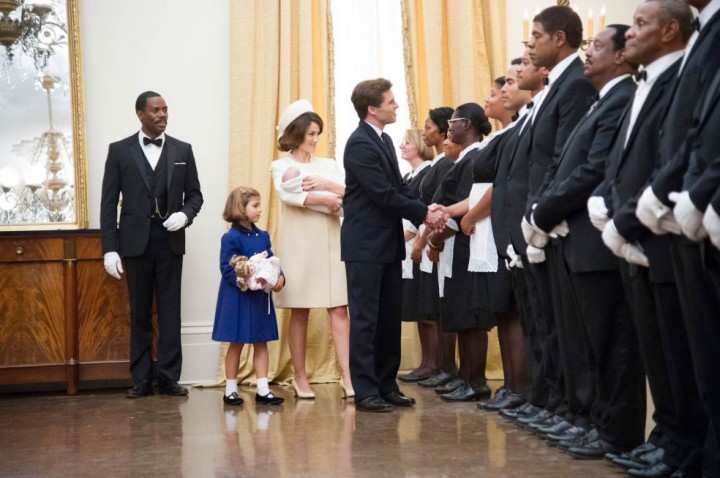 Perk up chum, it’s going to be a long day. For you.

The Butler preaches, but doesn’t convince. It takes snippets of historical Civil Rights elements, trotting out Dr King and a bunch of others once again, and pastes them over a White Hollywood-styled fantasy look at issues around being a person of color in the post-war USA. The film’s central story, that of Cecil’s employment as a White House butler and his son’s constant butting of heads with the establishment (something Cecil himself has come to accept as not worth the effort), is mildly engaging, although Lee Daniels’ refusal to stick to a single point in time, instead flailing throughout history as he attempts to give Cecil’s life a trajectory of some kind, eliminates a lot of the potential joy or enlightenment this story might exhibit. The Civil Rights Movement of the African-American community during the 60’s and 70’s is a period of great pain for a lot of Americans (and still is, in many ways), and while The Butler should be commended for attempting to make the point about the treatment of blacks during that time, too often it comes across as sanctimonious and pandering, as if it’s trying too hard to be self-important. 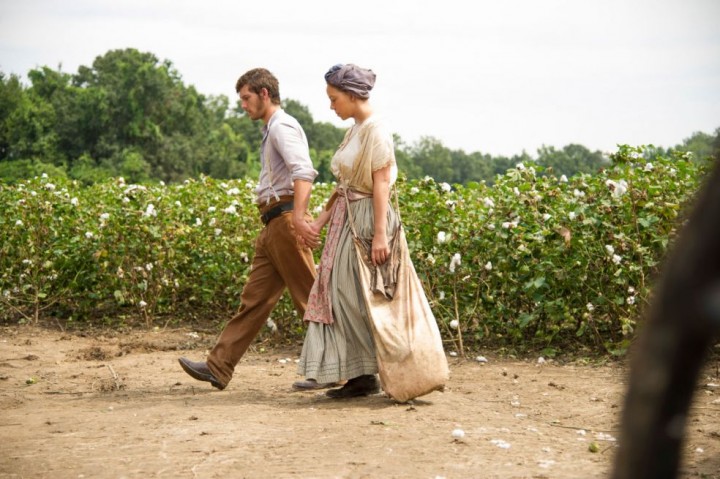 I’ll teach YOU to warble like those kids on X-Factor!

Another problem I had with The Butler (retitled Lee Daniels’ The Butler due to a conflict with Warner Bros over a similarly titled film from 1916, if you can believe it) was its almost dead-on appropriation of Forrest Gump’s “character living through key historical moments” fantasy, although this time it’s based on a real figure; this doesn’t make the film any less Look At Me, Look At Me, but if you’re going to have a roster of famous Hollywood A-listers trotting through your film with a glint in their eye (totally removing the serious tone of the rest of the film, mind you) you better have a more convincing story, or more convincing characters. The Butler might be based on reality, but at its worst it feels too confected, too manufactured by the Hollywood machine, to really hold much truth. 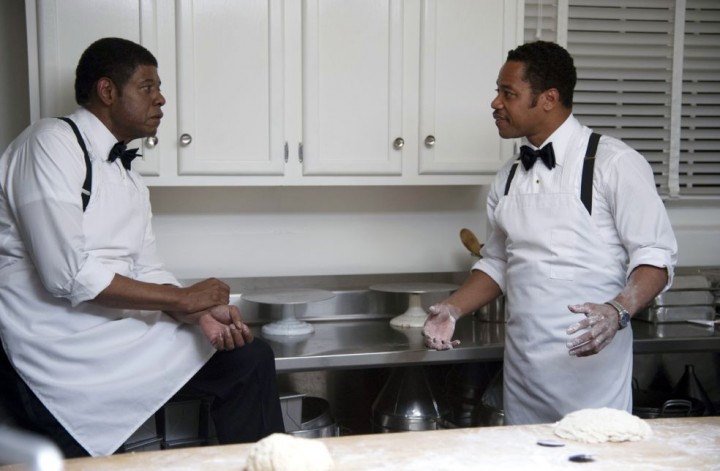 Trust me, when he says Winter Is Coming, it means half the cast is going to die….

The film starts well, with a young Cecil watching his mother (Mariah Carey, in a small cameo) get raped at the hands of a sadistic plantation owner (Alex Pettyfer) and his father shot for trying to make a stand about it, before we suddenly find Cecil working in a Washington hotel being head-hunted for a plum role at the White House. Cue Robin Williams’ ten second cameo as President Dwight Eisenhower, then James Marsden as John F Kennedy, then Liev Schreiber as Lyndon Johnson, John Cusack as Richard Nixon, and Alan Rickman as Ronald Reagan (really? yes, apparently!), not to mention Jane freakin’ Fonda as Nancy Reagan. Once Marsden arrives on the scene as Kennedy, this film lost me. I recognize stunt casting when I see it, and as much as I was prepared to accept Robin Williams, I was less inclined to see an upstart like Marsden, as good an actor as he is, in the role of Kennedy, no matter how accurate a wig he wore. 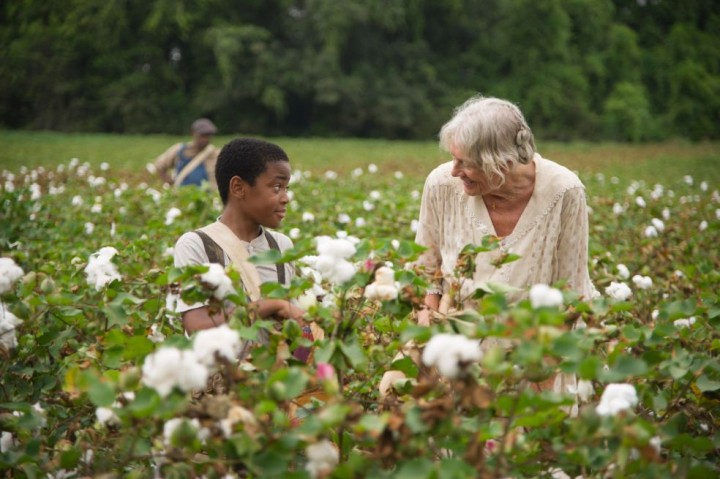 Honestly? I never liked Twin Peaks. It didn’t go anywhere for me.

Mixing this kind of cutesy, look-who-we-have-in-this-film stuff in with a story as serious as the Civil Rights Movement seemed a slap in the face to audiences, since the film spent a great deal of time taking me out of the story to see how accurate they could make Cusack look as Nixon (pretty good, actually) rather than invest me in Cecil’s conflict with his son. The balance between kitsch and personal dramatic effect is skewed towards the former. Admittedly, a large portion of the film is made better simply for the inclusion of Forest Whitaker and David Oyelowo, both of whom provide weight and depth to their role as father and son, respectively. Whitaker is asked to do little early, at least emotionally, yet brings the film home with a towering portrayal of a man trying to balance his work and his beliefs with his family. David Oyelowo, meanwhile, gives an honesty and emotional weight to his role of the headstrong, dedicated elder son Louis. Oprah Winfrey, as Cecil’s wife, is underwritten badly as the alcoholic mother, offering no motivation for us to see her any anything other than a self-pitying drunkard, rather than a rounded character in her own right; conversely, Terrence Howard’s philandering neighbor Howard is given too much room in this film, when really he should have been a much more minor character. 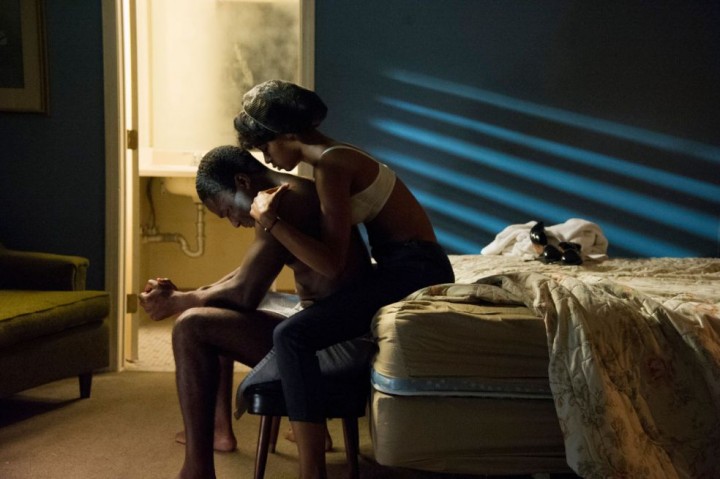 I want you to draw me Jack. Draw me like one of your French girls.

The film does come to life when Cecil gets into the White House, particularly when Cuba Gooding Jr and Lenny Kravitz arrive on the scene, as fellow domestic workers with whom Cecil whiles away the time chatting and getting to know the ropes. Gooding Jr impresses the most, with his character’s somewhat lurid behavior contrasting with not only the rest of the staff, but with their location in the White House itself. Yet they never get to develop their characters with any depth, thanks to the film trying to find its focus on Cecil, Louis, and the roster of Presidential inhabitants who come and go like Johns at a whorehouse. Secondary characters feel more like they’re designed as wallpaper, against which Whitaker’s Cecil walks before. It’s aggravating when the secondary (and tertiary) characters are more interesting than the primary ones; something to do with the scripting, I think, or Daniels’ direction, neither of which offer anything particularly controversial or memorable. 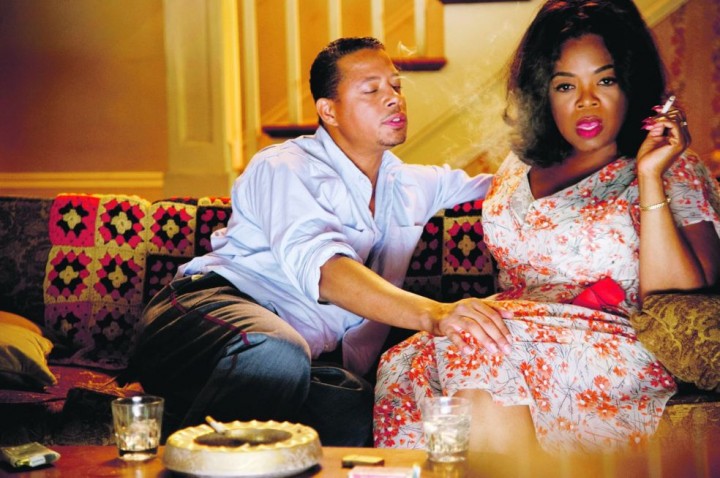 The Butler frustrated me with it’s inability to carve into the core of whatever point it was trying to make. In amongst the tricksy Hollywood casting and a leapfrogging of years through Cecil’s life, the film lacked a genuineness, an honesty, if you will, that drew me into the story. Instead, I felt myself pushed away by fancy superciliousness. The core story, that of Cecil and Louis, was the most interesting aspect, yet it wasn’t given the appropriate focus by Daniels’ scattershot pacing and direction. Had the film been primarily about Cecil’s family, and less about his work in the White House (a subject which must fascinate Americans, but less so those of us outside the USA) it might have been a better result, but I couldn’t find any way of getting past the hubris and ill-timed interweaving of factual historical events and the more fantastical “reality” of Cecil’s journey rubbing together in an altogether uncomfortable way. Others might beg to differ, but The Butler didn’t leave me with anything other than annoyance and frustration. It could have been so much better, if it wasn’t so infatuated with its own sense of importance.