The last decade of film has certainly been a boon for comic book fans. Since Bryan Singer revitalized a near-dead and buried genre (thanks, Joel Schumacher) with X-Men, the comic book film has steadily gone from strength to strength. Almost without exception (X-Men 3, I’m looking at you) the post-X-Men comic book film industry has only become larger, more successful, to the point where it seems that a film with a costumed do-gooder comes out every other month (it doesn’t, it just feels that way).

The four major players in this game are 20 Century Fox, with their X-Men franchise, Sony, with the ongoing (and recently rebooted) Spider-Man saga, Warner Bros, with their rights to the DC stable of characters, including Superman, Batman and the Justice League Of America, and Marvel, with… whoever they have. 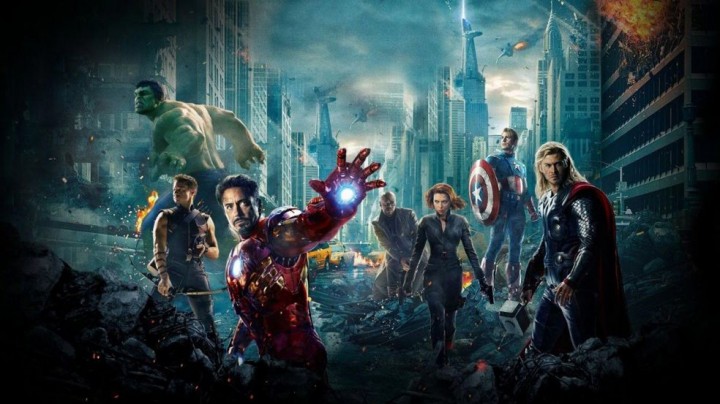 In the last three years, however, the comic book film (henceforth known as CBF) has taken on a new life. Marvel’s The Avengers, directed by Joss Whedon and featuring a huge stable of the studio’s characters all in a single film, was a monumental success, the likes of which Hollywood hadn’t seen to that point. The Avengers quickly became one of the highest grossing films of all time (it currently sits third, behind Avatar and Titanic) and made Hollywood sit up and take notice of exactly what fans wanted.

Until The Avengers, Marvel had steadily been producing a series of films (starting with Iron Man) based on their IP’s, all with loose connection to a shared universe. A lot like comics themselves, Marvel had a plan for their characters’ cinematic lives, a plan that involved the eventual team-up that brought Thor, Iron Man, the Hulk and more into a single film – it was a comic fan’s wet-dream made real, and the box-office proved it. The fact that it was an awesome film anyway only helped. 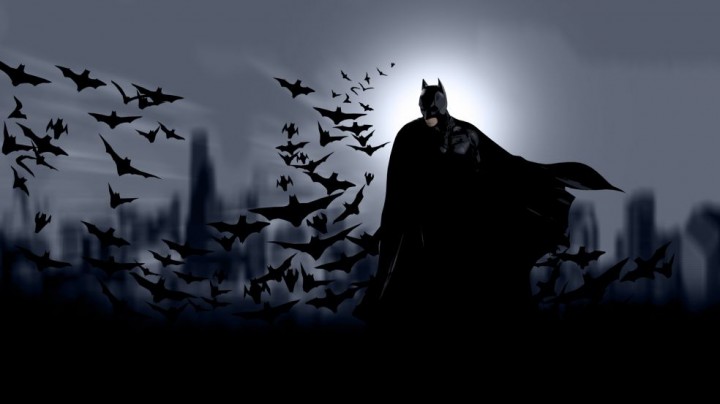 But it made Warners, Sony and Fox all take notice. The only other CBF series to do Avenger-level box office had been Christopher Nolan’s Dark Knight trilogy, which concluded at the end of The Dark Knight Rises. And none of those films were set within a larger universe; Nolan expressed that he always intended them to be a stand-alone universe, not burdened by the weight of a larger DC pantheon. Yet, Warners saw the numbers and figured they could imitate Marvel’s template for success. Their first real attempt at setting up a shared universe, Ryan Reynolds’ Green Lantern, bombed. 2013’s Man Of Steel, while a financial success, met with a lot of criticism as far as the opening salvo in a new universe was concerned. The announcement that the sequel, currently known as Batman vs Superman, would pave the way for an inevitable JLA flick to rival The Avengers, was largely unsurprising. What has been surprising is Warner’s apparent inability to successfully translate their plans for the fans – everyone from Wonder Woman, Aquaman and even the Martian Manhunter (if you know who that is, you’re a true fan, otherwise you’d be as in the dark as half the planet) set to appear alongside Supes and Bats at one point or another – Man Of Steel 2 has almost become a defacto Justice League film, and fans are rightly worried. 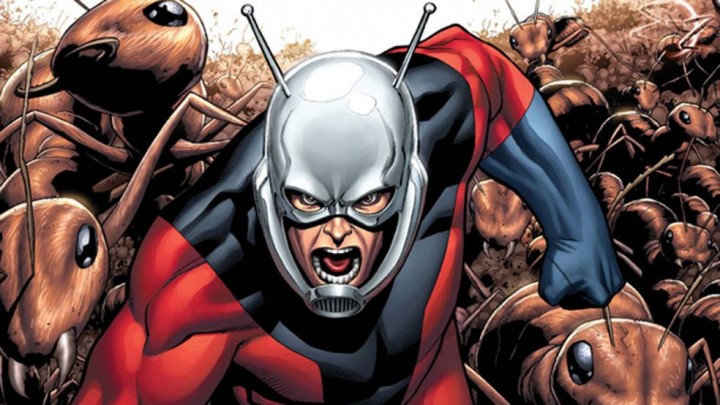 Recently, Sony has come out with their grand plan for the only Marvel property they have the rights to – Spider-Man – and it involved a number of spin-off films featuring villains and all manner of other ephemera. Speculation is rampant that Sony are eying off a Sinister Six storyline (I had to Google it too, you know) that features all of Spidey’s villains as a kind-of anti-Avengers, although how general audiences will buy into it remains to be seen. The addition of three villains to the Spider-Man reboot franchise sequel, Amazing Spider-Man 2, in the form of Electro, The Rhino, and apparently the new Green Goblin, has fans thinking back to past missteps with overpopulated films like Batman + Robin, or the more recent Spider-Man 3, which saw a rapid rise in critical bile thanks to having far too many villains for the heroes to battle, and for audiences to follow.

20th Century Fox have so far resisted the explosive glut of planning ahead; the X-Men franchise is set for a major boost with 2014’s Days Of Future’s Past bringing together the original X-Men cast, as well as the newer versions from Matthew Vaughn’s First Class, in a single film. Fox have also ensured people are aware of their plans post-DOFP, with the introduction of Apocalypse in 2016’s X-Men: Apocalypse. 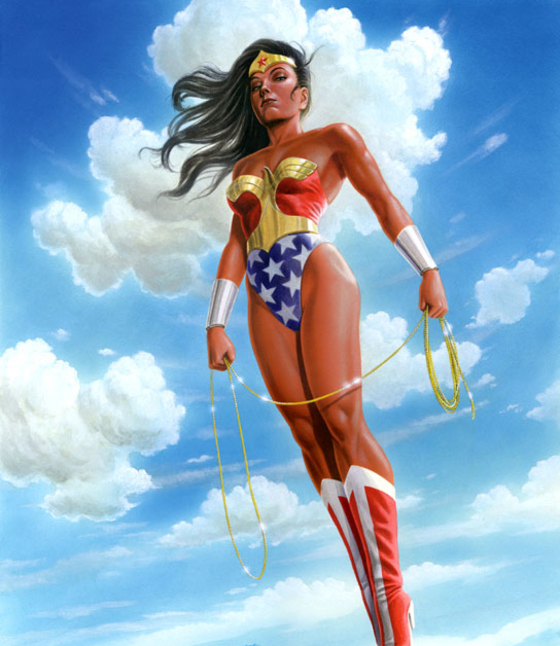 Marvel remain the studio benchmark for planning, and executing their plans, with considerable success. Phase 1 of their Avengers universe paved the way for Phase 2, of which we are currently in the middle of – thus far, Iron Man 3 and Thor: The Dark World are the two Phase 2 films we’ve seen, with Captain America: Winter Soldier and Guardians Of The Galaxy still to come (not to mention the Paul Rudd-starring Ant Man) – and the studio has released information about films for the next decade, including the eventual Avengers 3! The success of a well-planned cinematic venture of the kind Marvel has managed, brings their competitors hot and ready to try and emulate it. Is this explosion of advanced planning, and the glut of CBF’s to come, a good thing?

Marvel are currently treading a double-edged sword. With the enormous success of Phase 1, they have given themselves a fair amount of license to try some new things, things that may not succeed as well as known product like Iron Man. Guardians Of The Galaxy represents their biggest gamble to date, a film based around a group of weird and impossible creatures (such as Groot, a talking tree, and Rocket Raccoon, a talking… um, raccoon) that represent Marvel’s more cosmic side. The idea being that if audiences can attach to the Guardians, and be successful, this opens the door for even more IP’s to come to the big screen. Inevitably, the showdown between the Avengers and Marvel’s Big Bad, Thanos, will occur in Avengers 3, but if Guardian’s is successful, well, the sky truly is the limit. 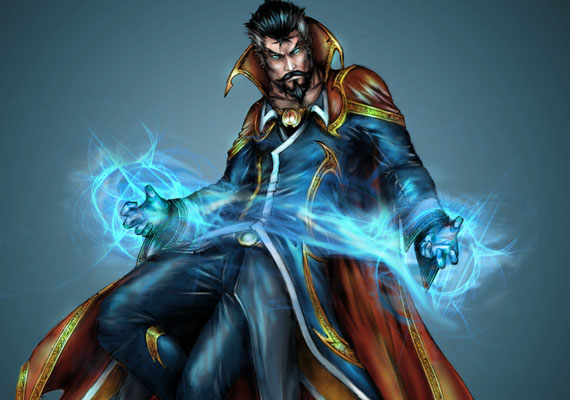 The only thing stopping Marvel now is audience disfavor, something highly unlikely considering most people will lap up whatever the studio puts out. Even their wobbly television series, Agents of SHIELD, is showing signs of improvement. Were Guardians to flop, and flop big, things might look a little shaky for the larger Marvel cinematic universe. Marvel would probably rethink their plans and keep their films grounded on Earth – although people seem willing to venture into space already, thanks to Thor’s Asgardian exploits – although it does seem likely this might occur.

One has to wonder, though, if people are going to become tired of keeping track of all these multiple universes? Were DC to finally get their act together and produce a series of films to rival Marvel’s, would the onslaught of multiple CBF’s per year (look to 2015’s current release schedule to see what I’m talking about) begin to wear out their welcome – dilute the pond, so to speak? Is all this planning and expectation of success going to come crashing down when audiences find the Next Big Thing to follow? Whereas previously there were only two players on the block (Warners with Batman and Superman, and Fox with the X-Men), now it seems like every studio is searching for their slice of the pie. Is there enough pie to go around? Personally, I think so, but it needs to be managed carefully. 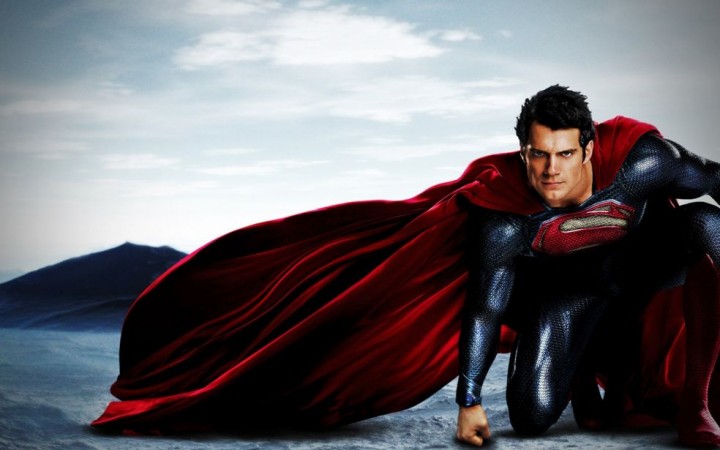 The answer lies in quality. Marvel have done the unthinkable, by producing not one or two, but an entire series of films of good-to-great quality – there’s not a single bomb amongst any of their Avenger’s Universe films, even if Iron Man 2 is held up as the weakest of the bunch retrospectively. DC, meanwhile, had Chris Nolan’s superb Batman trilogy, before hitting a critical speed-hump in Man of Steel, a financial success but one with a sharp divide among the critics. The Man of Steel sequel (whatever it’s called in the end) needs to knock it out of the park, otherwise Warner’s grand vision for the Justice League might (yet again) be put on hold. Fox’s X-Men franchise is bubbling along nicely, and they seem to have things under control with Days Of Futures Past, while it remains to be seen if Spider-Man’s future is as rosy as we all hope it is over at Sony, once Amazing 2 comes out.

As a comic book fan, and as a CBF fan, I truly hope we see more and more (and increasingly better and more complex) superhero films from all the major players. Interweaving plot threads and concepts between franchise films provides audiences with reasons for coming back (much like the comics they’re based on, I’d wager!) and gives film-makers license to do some crazy stuff, but there’s a chance (at least in my opinion) that the glut caused by the Avenger’s massive success might eventuate in films of lesser quality, and an implosion of production on these expensive tent-pole projects. Quick turnaround normally means less creative care, you know. Which would be a shame, because there’s a lot of material to be mined from the vast history of all these characters, and it would be disappointing to see them put back on the shelf.

What do you think? Are there too many CBF’s coming out? Do you even care? Let us know in the comments below!!

20 thoughts on “The Superhero Movie Explosion: How Much Is Too Much of A Good Thing?”