Director :   Courtney Solomon
Year Of Release :   2013
Principal Cast :  Ethan Hawke, Selena Gomez, Jon Voight, Rebecca Buddig, Paul Freeman, Bruce Payne.
Approx Running Time :   90 Minutes
Synopsis:  After his wife is kidnapped, a former race car driver is blackmailed into driving a high powered sports car around a European city – for shitz and giggles, y’all.
What we think :   This movie’s title should form an instructional of some kind – get away from this movie, get away from the screen: whatever you do, don’t watch this mess. While I’m still not entirely sure why Gomez was even cast, Ethan Hawke should have known better than to appear in a film in which he spend the entire time in a car, crashing into things. Conceptually Getaway might have seemed like a great idea, but Courtney Solomon’s direction is horrendously inept, leaving this fast-paced thrill-ride to limp towards the finish line.

Ronin without the cool.

I’m not sure which is worse: watching a film knowing it’s an irredeemably shitty piece of garbage, or watching a film and seeing a potentially gripping genre flick go down the tube thanks to some terrible creative decisions and incredibly inept direction. I guess a shitty film is a shitty film regardless of the talent behind (or in front of) the camera. A film that has potential is always a greater loss, because the idea is then wasted. Getaway is a prime example of a film with potential, and yet terrible execution. Not that I figure anyone involved was trying to make a bad film, yet it happened, and those responsible have to be called to the carpet for it. Make no mistake: Getaway is a mess, the kind of film you should avoid (and I wish I did) and there’s no approaching this thing without breathing in the fetid stench of a giant turd sitting there, like a lump, just existing. So what makes a film about a man blackmailed into driving a high performance vehicle through Bulgarian streets (probably standing in for France?) with a former teen idol as a passenger so horrible?

Damn dude, that’s one hell of a GPS!!

Synopsis courtesy Wikipedia: Washed up former race driver Brent Magna (Ethan Hawke) arrives home to find his house ransacked and his wife, Leanne (Rebecca Buddig), missing. Suddenly, his phone rings. On the other end is a mysterious man known only as The Voice (Jon Voight) who reveals himself as the kidnapper of Magna’s wife. The man tells Magna that he must follow a set of instructions precisely in order to be reunited with his wife. The Voice orders Magna to steal a specially customised Shelby Mustang from a parking garage. The Voice warns Magna that if he does not follow the instructions or is caught, Leanne will die. Magna is accompanied by a young girl (Selena Gomez), who thinks Magna is carjacking her vehicle. As their “missions” become more dangerous, Magna realizes that there might not be any way out. 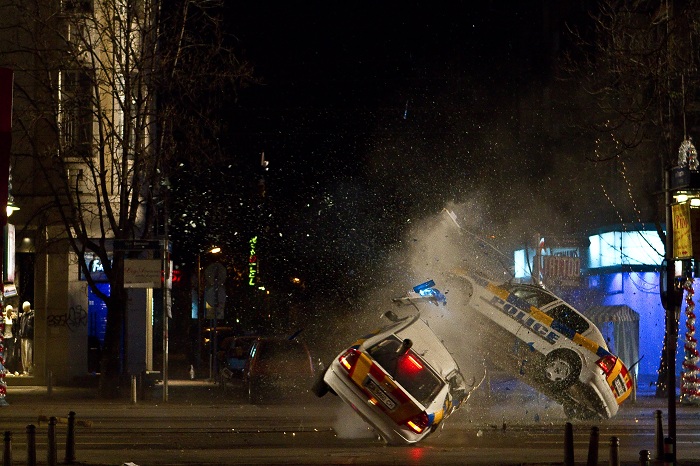 So, you have a dude in a car, given instructions to go on a driving rampage through some unnamed European streets, along with one of America’s most famous former teen stars, and a whole bunch of stunt drivers to keep employed. Thus, you have Getaway, a film bereft of logic, filled with inane stunt-work and some skin-crawlingly idiotic dialogue. The script, by Gregg Maxwell Parker and Sean Finnegan, could have been pulled off with a competent director, but instead this film got Courtney Solomon, a man better known as a producer than director, but who obviously came into this with delusions of grandeur. Getaway rockets along with plenty of energetic style, filled to the brim with car “stunts” and casually violent driving, but it’s edited like somebody pressed puree on the AVID and kept their finger down the entire time. Indeed, this film is a discombobulating disaster of editing and framing, frantic rapid-fire cuts and shaky-cam extremity, turning a potentially sweet concept into a horror-show. 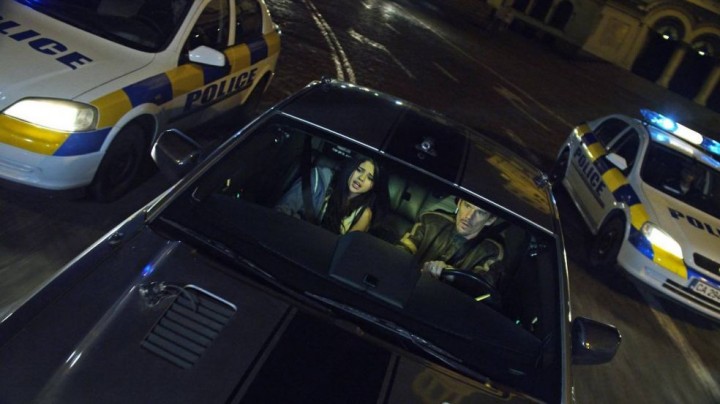 Oh goodness, this picture is on a weird angle.

Ethan Hawke and Selena Gomez are hardly the worst offenders in this piece of crap. While their dialogue is awful (case in point, Hawke screams at Gomez “you’re an extremely stubborn person, you know that?” – ugh) they perform to the best of the script’s ability, and at least look like they’re invested in the project. Gomez tries for “tough girl” most of the time, and comes off an simply an annoying brat who needs a good slapping. Jon Voight, whose lips must surely be up for a Razzie Award for their role in this film, hams it up beautifully, and the city of whichever European town they filmed this in must surely be awarded something for allowing so much Hollywood destruction on their patch. The tricked-up Shelby Mustang (which, if memory serves, was the primary chase car in Gone In 60 Seconds, so it’s good to see Eleanor back in action again) is thoroughly indestructible, surviving a hail of gunfire, car crashes, property destruction and exploding materials, which either proves that the single line mention of “armored plating” is there to cover the illogical plot, or that nobody really gave a shit how stupid it all is. 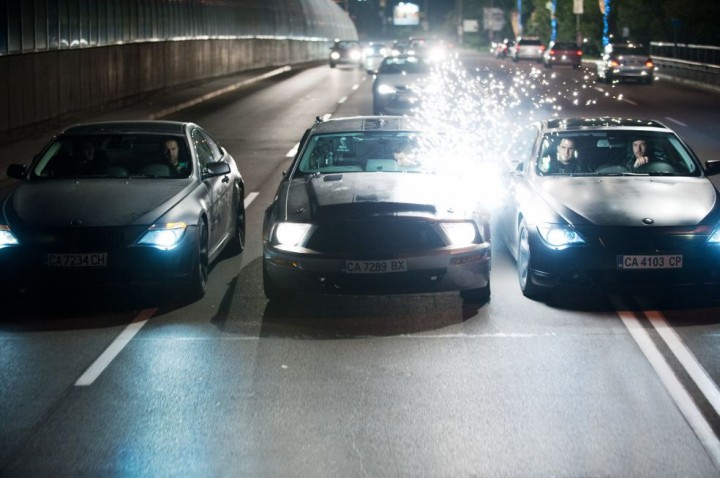 And it really is stupid. Gomez’s character goes from street-savvy rebel girl to computer hacking supergenius in about ten minutes, hacking into The Voice’s uplink to the car and turning the tables in a matter of moments. Inept police driving leaves a larger trail of destruction from the pursuing law enforcement than anything Magna could achieve on his own, and naturally every car either explodes or shatters into an avalanche of debris upon even the most minor collision. The driving sequences, and they are numerous in Getaway, swiftly become tedious through over-editing, so whether chopper Ryan Dufrene was given a mandate to make the film as confusing as humanly possible, or it just turned out that they needed to keep cutting to different angles because the film was shot so poorly, I’m not entirely certain. Whichever excuse it was, Getaway’s action sensibility resembles that of an epileptic seizure turned into 24 frames per second. The stunt-work army must have loved every second of this film, since it destroys more cars in a 90 minute running time than both Blues Brothers flicks combined. None of it is exciting, mainly because the characters are turned into slush by the vapid style Solomon employs, but at least they tried to make it exciting. 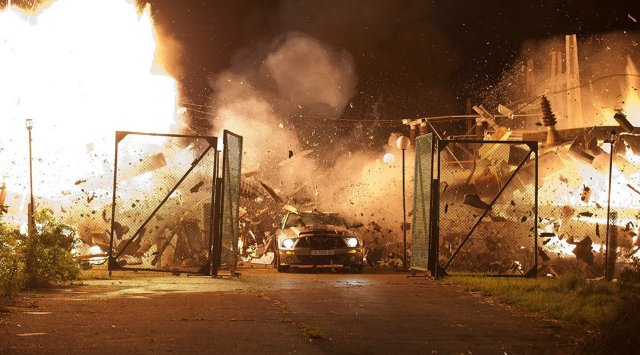 Getaway has very little going for it other than an interesting premise ruined by being so overproduced and inanely helmed. Ethan Hawke’s leading man status takes a serious dent, as does his career as an action star (after this and The Purge, another lackluster film), and I also doubt Courtney Solomon’s directorial fortunes will never recover. Getaway is a mess, and as such, you can do a lot better than sit down to give this one a watch. Avoid it. You’ll never need to thank me.