Director :  Roland Emmerich
Year Of Release :   2013
Principal Cast :   Channing Tatum, Jamie Foxx, Maggie Gyllenhaal, Jason Clarke, Richard Jenkins, James Woods, Joey King, Nicholas Wright, Jimmi Simpson, Michael Murphy, Rachelle Lefevre, Lance Reddick, Matt Craven, Jake Weber, Peter Jacobsen, Barbara Williams.
Approx Running Time :  131 Minutes
Synopsis:   When a mercenary force takes control of the White House, a wannabe Secret Service Agent and the US President take it upon themselves to prevent World War III.
What we think :  Channing Tatum mumbles his way through saving the world, lacking the grace and poise of Bruce Willis in a similar role decades ago, but White House Down is a terrifically entertaining – if entirely silly – action romp that many may find too upbeat and patriotic to stomach for more than ten minutes. If you like your action sprinkled with a lot of militaristic, American-jingo fueled speechifying and “Tally ho”, hoo-rah gunplay, then this film will appeal to you. If not, then you’ll find nothing here that warrants your time. Personally, I thought it was fun.

The second of 2013’s White House Under Siege films (after the Gerard Butler starring, and similarly themed, Olympus Has Fallen), White House Down sees German-born Destruction-Porn director, Roland Emmerich, return to do what he does best. Blow up as much shit as possible. After razing half the globe in Independence Day, freezing it in The Day After Tomorrow, obliterating it utterly in 2012, and spending time debating the authenticity of Shakespeare in Anonymous, Emmerich’s inability to get past stuff blowing up and being destroyed (namely, anything vaguely patriotic in Washington, for starters) sees him come back to America’s capital and give it a good old rogering once again. Although, to be fair, there’s no aircraft carrier or alien laser beam to destroy the White House this time; no, it’s good old fashioned artillery, gunfire, and terrorist henchmen. Following rather quickly on the back of Olympus has Fallen, and dividing critics who thought that film was a bit of artful faff, it was left to Roland to try and take a different approach to President In His Underground Bunker storytelling, or merely up the ante in terms of spectacle. Whether he succeeded or not probably isn’t the point as much as whether it’s a better film than the Gerard Butler take on things, but since we’re here to review this film (you can read our review of Olympus elsewhere on the site!) we’ll leave the competition out of it and get down to the nitty, gritty, Presidential shitty. So seal up the bunker door, change the launch codes and lock down the Oval office, coz it’s time to lay waste to White House Down!

John Cale (Channing Tatum) is a Washington DC police officer, who wants a job working for the Secret Service protecting the President. His daughter, Emily (Joey King) is a nut for the political structure of the US, and when her father takes her to the White House with him (for his job interview), she jumps at the chance. Meanwhile, the Capitol Building comes under attack when an unknown operative detonates a bomb inside it – this forces the White House to go into lockdown. However, the President (Jamie Foxx) escapes capture by the rogue mercenary force which takes the building (and several dozen hostages, including John’s daughter) and begin demanding large sums of Federal Reserve money is loaded into a plane. The head of the Secret Service, Martin Walker (James Woods), is an associate of the mercenaries, led by Emil Stenz (Jason Clarke) seems to want revenge for the death of his soldier son, sent into a deadly mission by the President, although as John and the President try desperately to stop various anti-terrorist countermeasures instigated by the command structure outside the White House, it soon becomes apparent that they are fighting more than the people in the building with them.

White House Down is – by and large – the ultimate Roland Emmerich patriotic handjob. I mean, this film oozes the red-white-and-blue blood that American audiences lap up like it’s a morning espresso. It’s the perfectly pitched, stupidly written, highly illogical, technically superb popcorn blockbuster that will entertain many, and annoy many others. As an action film, it’s infinitely too similar to Die Hard (aren’t they all?) to be given any points for originality (to the point where Emmerich uses a Beethoven tune – here, the opening movement of the 5th Symphony – to accompany the computer geek dude’s takeover of the Presidential Bunker, echoing Die Hard’s similarly orchestral accompaniment of Ode To Joy when the same thing happens in that film!) and at a smidge over two hours it’s a little too long to hold your attention completely, but as money-swallowing entertainment, nobody delivers grandstand destruction like Emmerich. And boy, when he wants to level Washington, he knows just how to do it. Blow it to smithereens with military might. The Stars and Stripes wave across virtually every frame of this explodeyfest, dripping in America The Brave like pancakes in molasses. Yes, if you hate your films to be square-jawed hoo-rah hero jobs, then you’ll be best served avoiding White House Down.

The film begins with a fair degree of restraint, although it must be said that Channing Tatum seems a little out of his depth emoting with Joey King – who plays his daughter – considering he hardly seems old enough to have a thirteen years old kid. Like a grand chess master, Emmerich spends just enough time getting all his pieces in place before he unleashes the chaos and carnage; just enough time for the limited emotional bonds to form and the thinly plotted backstories to unravel as the action heats up. James Vanderbilt’s screenplay doesn’t spend a great deal of time hedging its bets – it gets right to the meat of the plot and main characters, and fires its first round into the audience about fifteen or twenty minutes in. After that, she’s all go, go, go.

Channing Tatum’s lack of impact in the opening act sees him trying to be a poor man’s John McClane, only without Bruce Willis’ sass or attitude. When he’s forced to spend the last half of the film running about in a white singlet – like Willis did in Die Hard (hark! is that another echo?) – you can almost feel the cliche rolling from scene to scene. About six or seven Bad Guy Kills in, I was ready for Tatum to stand amid a smoking ruin, light a cigar, and mumble some Arnie-themed one-liner. Jamie Foxx is about as convincing a President as I am a pre-op transgender patient. His President is all about being awesome and brave, and staring death down as it rockets towards him. Foxx is a caliber actor, yes, but the material here is rote and often feels clunky coming from his jive-talkin’ mouth. I still keep seeing him as Ray. The film’s double-act narrative, which must keep both Tatum and Foxx in peril almost the entire time, does become wearying as the convoluted machinations of Vanderbilt’s plot start to become more and more “are you freaking kidding me?”, but both actors hold their own when the bullets and missiles start to fly.

Secondary cast members like James Woods, Richard Jenkins (as the Speaker of the House) and Michael Murphy (as the Vice President) all chew their scenes well, with Woods in particular presenting a conflicted and debilitated villain, and Maggie Gyllenhaal provides stoic resistance as Finnerty, a Secret Service agent; the real standout for me was young Joey King. As Emily, King’s natural presence in front of camera is appealing, and she makes for an enthusiastic and engaging actress in the pivotal role. As you’d expect in a film like this, any time the main character’s kid becomes involved, you just know they’re to be eventually used as a bargaining chip, and like an advancing tsunami of cliche, you know it wont be too long before poor Em is hauled out the front of the White House with a gun to her head. Yep, that happens. Watch out for Nicholas Wright as a White House tour guide, who does a great job going from irritating to awesome by the end of the film, and Jimmi Simpson as the pimply-faced computer geek character the mercenaries use to hack into the White House computers, who is given a death scene so perfunctory I almost wanted to rewatch the film again just make sure I’d seem what I saw. Aussie actor Jason Clarke, last seen in Katheryn Bigelow’s Zero Dark Thirty, is terrific as the menacing leader of the mercenary force, Stenz. He’s all fire and rage, yet his arc is pure anticlimax. Such a shame to waste such a quality actor.

The film also delivers on the large scale set pieces. The White House is given several new orifices to contend with, as missiles, gunfire and explosions rock the most secure facility in the continental United States. Emmerich forgoes logic and plausibility in favor of the grand facade of entertainment, and if you buy into it, the film is yours for the taking. An insane limousine chase around the White House lawns is great fun, and the ongoing “imminent attack” by an incursion force of SEALS and whatnot always brings the explodey to good use. The destruction of the Capitol Building’s dome seems…. well, it didn’t have the impact I expected it to, especially from a director as extravagant as Emmerich, but in terms of its place in the film, I guess if you’re saving most of your carnage for the White House, you can’t spend your load too early on a building only seen for fifteen minutes. Emmerich twists every possible conceit from the location, sending Foxx and Tatum running, climbing, diving and driving around almost every square inch of the White House – hell, if I watched this film a few more times, I could probably give you a fairly accurate floor plan of the place just from that! The visual effects range from excellent to commendably brave, but I’ll leave you to figure out which I mean (interior-set explosions are particularly poor, it must be said) but Emmerich pushes the film’s pacing along so you don’t really get a chance to think about it until it’s over.

As I said, at 2 hours and change for an action film, the story needs to be pretty darn convincing to hold my attention (especially with kids around), and I’m pleased to say that for the most part, the film delivered. Sure, it could have had several sequences razored out and that might have made this film a definite decade-classic, but the overall impact (except for one completely stupid denouement at the very end, starring Richard Jenkins) is pleasing and entertaining. A film like White House Down doesn’t need to be highly intelligent, nor does it need to dumb itself down; rather, it should just give us what we paid to see, and do that well. White House Down isn’t the smartest or the most innovative action film you’ll ever see (did I mention it outright steals aspects from Die Hard?), nor will it become a “must see classic” like your Air Force One’s or Con Air’s of the 90’s, but it delivers vicarious thrills and gob-smacking action moments that make everyone so damn proud to be an American. Warm up that apple pie ma! 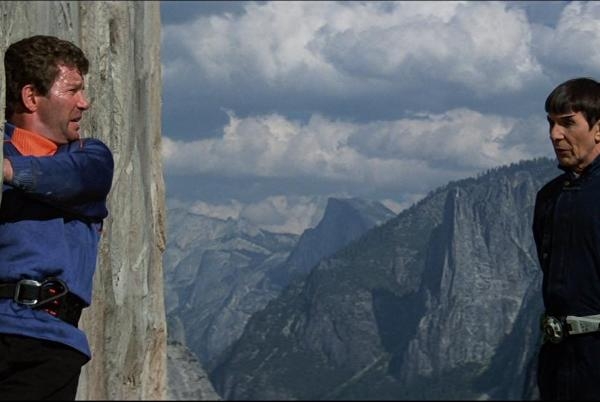