Director : David O’Russell
Year Of Release :   2013
Principal Cast :  Amy Adams, Bradley Cooper, Christian Bale, Jennifer Lawrence
Approx Running Time :  138 Minutes
Synopsis:  A major cast of Hollywood A listers assemble to put life – and some dark comedy – into David O Russell’s black satire of an FBI led operation that set out to expose some properly corrupt officials.
What we think :   It perhaps didn’t seem like a movie with that much promise. Based on O Russell’s script that has famously been kicking around for years, American Hustle fictionalises a scandal from 1970s New York.

It may not sound like a ton of fun, but it’s a revelation. From the casting to the acting to the razor sharp script, this movie is funny as hell and well worth checking out. The film opens in 1978 and is based around Irving Rosenfeld. Played by an unrecognisable Christian Bale (about as far away from his Batman persona as you can imagine), Rosenfeld is a small time conman who has an affair with Amy Adams’ Sydney Prosser.

Together they pull off a scheme that proves pretty worthwhile, and on the side Rosenfeld has to placate his wife (played by an always dazzling Jennifer Lawrence). Enter Bradley Cooper’s FBI Agent (Richie DiMaso) who press gangs Rosenfeld into not only squealing on other con artists but also into entrapment. 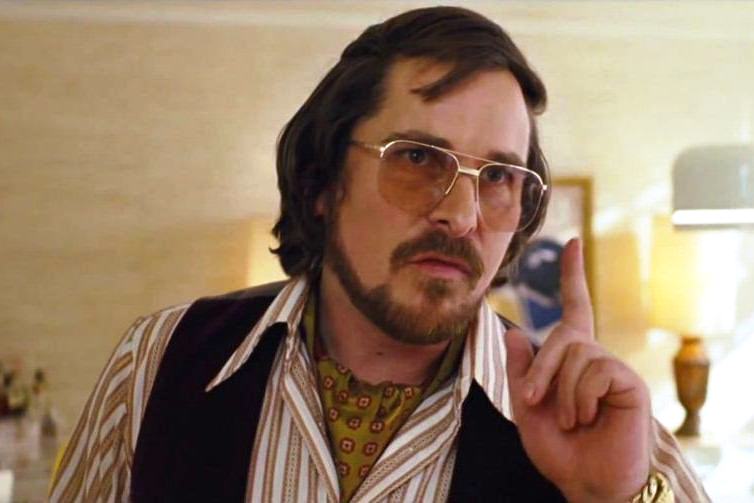 They go after a politician (played by Jeremy Renner) who is attempting to kickstart the New Jersey economy by building loads of casinos. Irving infiltrates the mayor’s inner sanctum and complicates the scenario by actually forming a real relationship with the guy. If it was set in 2014, they’d be kicking back together and gambling online. Irving is definitely stylish enough to have a smartphone so would most likely be using that to play a Samsung casino online app, rather than aiming to build bricks and mortar ones but it just all adds to the period feel. Meanwhile his mistress is busy forming some deep feelings for Richie.

It’s all crazy 70s fashions, mad hair and stellar acting and looks absolutely amazing. Bale, as usual, proves his willingness to take on any kind of horrible physical transformation and portrays the fat and horrible haired Irving with as much gravitas as he shows in any of his parts. He is solid and a great centre for the movie. 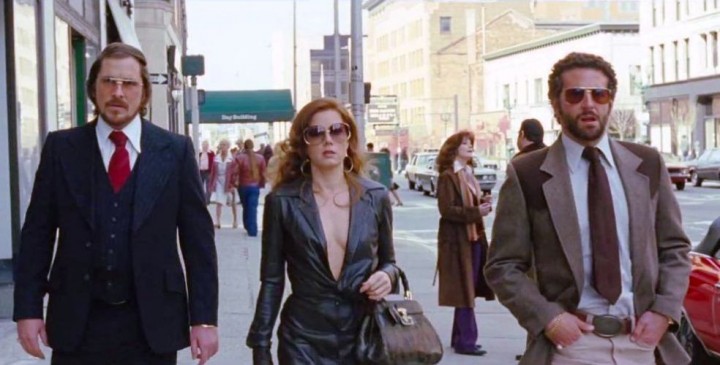 Amy Adams is great and proves her acting chops again, although she’ll most likely be forgotten in favour of Jennifer Lawrence who plays the part of the long suffering and crazy wife to perfection. But the real star, we think, is Cooper who goes all out to play the agent who is so desperate to be successful that he totally loses sight of his morals, ethics and affect on others.

If the plot itself feels a little thin in parts, you’ll hardly even notice. You’ll be so deeply embroiled in the fantastic 70s period feel and so enmeshed in the characters that you’ll be loving it anyway. It’s just won three Golden Globes (Adams for Best Actress, Lawrence for Best Supporting Actress and the movie itself for Best Comedy) – go and see it and you’ll see exactly why. Oh, and we won’t spoil the cameo either. We hate it when people do that. 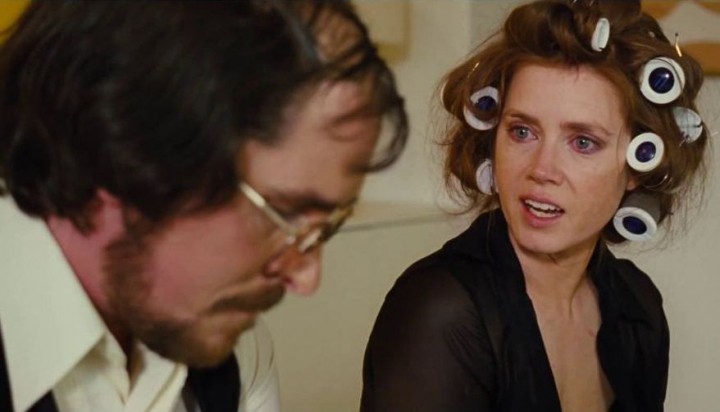 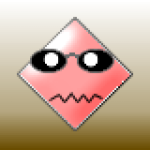