Director :  Steven Soderbergh.
Year Of Release :   2013
Principal Cast :   Jude Law, Rooney Mara, Catherine Zeta-Jones, Channing Tatum, Vinessa Shaw, Ann Dowd, Polly Draper, David Costabil, Mamie Gummer.
Approx Running Time :    106 Minutes
Synopsis:   A New York psychiatrist becomes embroiled in the case of a depressed woman’s accidental killing of her husband, while under the affects of prescription medication.
What we think :   Long-shot thriller featuring a not-so-subtle dig at the Big Pharma industry, aligned with the “side effects” of a variety of drugs pumped into Americans each year, Steven Soderbergh makes this story an enthralling, never-guess-where-it’s-going ride into One Flew Over The Cuckoo’s Nest territory, albeit with typical Soderbergh style. Side Effects takes a while to get going, although by the time it hits its stride midway through, you’re hooked. If you made it that far. Effective, cerebral, packed with barbed commentary, Side Effects is stylish and methodical, without being revolutionary. Worth a look for a nice Jude Law performance.

You’ll never get away with it.

Cinematic auteur Steven Soderbergh, the man behind the Ocean’s 11 franchise, Erin Brockovich and the lamentable Haywire (among others), is a director I’ve never really embraced. Sure, films such as Brockovich, the Ocean’s films and even the Oscar snagging Traffic have kept him in the upper echelons of A-list directors, yet my personal opinion of his output is one of marked indifference. I don’t anticipate a Soderbergh film (I sure as hell didn’t think Out Of Sight was that great, although it’s been years since I last saw it) and I don’t go looking for them on the DVD rental shelf. Yeah, he’s made some quality product, but his style and atypically veritè sensibility often leave me cold. Traffic, especially, went against the grain compared to Brockovich, while the miasma that was Haywire made me almost glad he’d decided to hang up the camera and get out of the industry. In keeping with these thoughts, Side Effects is, once again, a prototypical Soderbergh production, for good or bad, and his fingerprints – nay, his entire handprint – is all over this movie. Side Effects is labelled a thriller, albeit a very slow-burn affair that will put off the easily bored or intellectually diminished. It’s not a film for quick, bite-sized entertainment, but rather a character study of the human mind and what we’re willing to endure to get what we want. Is Side Effects a good film, though? Is it at the Brockovich end of the scale, or does it warrant a Haywire-esque lambasting for being pretentious twaddle? 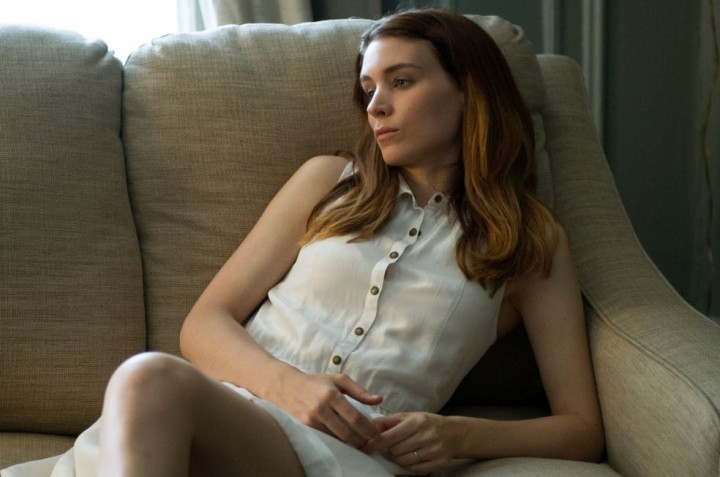 I’m confounded by your confusion.

Synopsis courtesy Wikipedia: Emily Taylor’s (Rooney Mara) husband Martin (Channing Tatum) is released after serving a four-year prison sentence for insider trading. Shortly afterward, a depressed and apparently suicidal Emily drives her car into a concrete wall in bid to kill herself. Jonathan Banks (Jude Law), her assigned psychiatrist, fears for her safety but agrees to her release from the hospital as long as she attends sessions with him on a regular basis. Emily tries a series of SSRI anti-depressant medications, but none of them work. Jonathan contacts Emily’s previous psychiatrist, Victoria (Catherine Zeta-Jones), who suggests that Jonathan put Emily on a new drug called Ablixa. Jonathan is reluctant to put Emily on the experimental drug until she attempts suicide a second time by trying to jump onto a subway track. The medication works, enabling Emily to function normally besides occasional sleepwalking episodes, a side effect of the drug. One evening, an event occurs which causes Emily to end up imprisoned, and sends Jonathan’s career into a downward spiral. As Jonathan begins to uncover clues to Emily’s motives, and a hidden agenda, he realizes that not only must he struggle to salvage his imploding relationship with his wife Deirdre (Vinessa Shaw), but put right a wrong that was done to a victim of misguided affection. 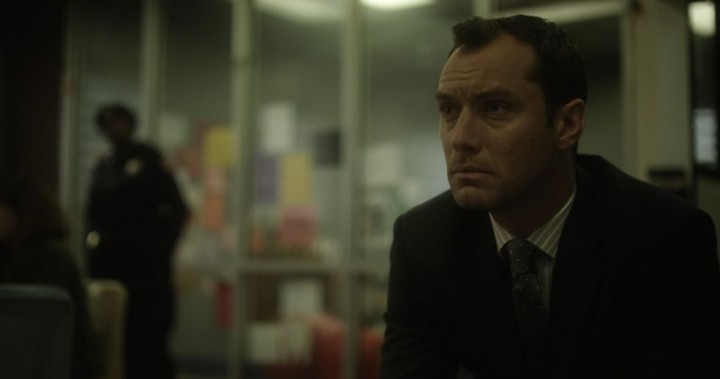 This forehead doesn’t get any sexier!

The above synopsis is as spoiler-free as I can possibly make it. It’s hard to synopsize a thriller without giving away key plot points, so I’ve done my best not to. If you’ve not seen Side Effects, you’re best served really just watching it cold, with no expectations whatsoever. I can guarantee that it’s a film to challenge you, in many ways, but the reward is more impressive than its opening twenty minutes might indicate. Side Effects is laconic Steven Soderbergh – the film’s pacing found me wondering if it was ever going to pick up some speed and deliver a quality watch; you can’t go wrong with Jude Law or Rooney Mara, really, and Soderbergh doesn’t. But casual viewers will find themselves wondering exactly what kind of film they’re really watching: is this a thriller, or some kind of Big Pharma indictment on the medicated society America is fast becoming (or has already become, depending on who you ask!)? It’s hard to say during that opening third, where Soderbergh expertly puts all the chess pieces into play and makes them dance around the board with his assured hand. The film builds the tension of Emily’s suicidal tendencies, offset somewhat by Martin’s apparent lack of genuine concern (he’s hardly around when she needs him, since he’s trying to regain their lost wealth through a succession of business meetings), until the rather shocking 2nd act twist that sent this film veering off in an entirely different direction. 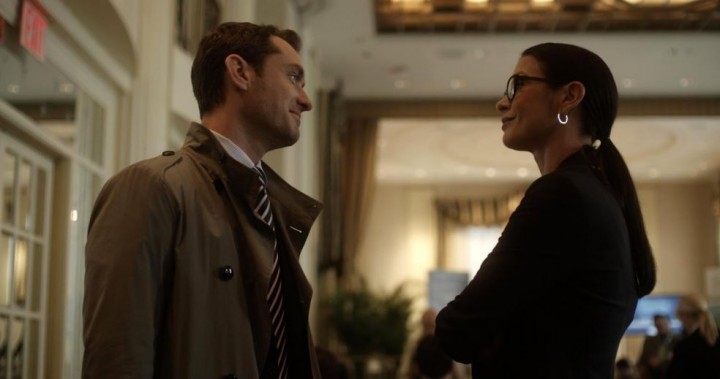 This wasn’t the time or place for the World Staring Championships to start, but they did it anyway.

Once that “twist” happens (and I wasn’t expecting it at all), the film’s vitality explodes into a gamut of Hitchcockian echoes; I’m loathe to equate Soderbergh with a director of such inestimable class as Hitch, but the paralells between this film and many of the Master’s great thrillers is undeniable. There’s a palpable sense of dread and inevitability, as Jude Law’s psychiatrist character slowly begins to slip into a tailspin, a nightmare of coercion and circumstance that brings with it a level of desperation he’s never really had to endure to this point. It’s funny how one acts when one’s back is against the wall. Where the film began with a knife to the throat of Big Pharma, this vanishes to be replaced with a cool they-glanced-knowingly-at-each-other crime thriller. The way Soderbergh plays with our preconceptions, almost laughing as he does, perhaps, you begin to get the feeling that the resolution is going to play out in one of two ways. Either the Bad Guy is going to get their just desserts, or Jude Law’s gonna end up locked away in an asylum like many of his patients, in a weird Batman Begins-style suckerpunch. 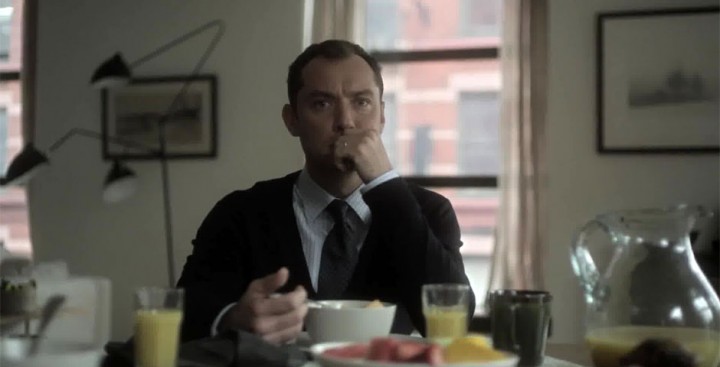 Thankfully, Soderbergh’s canny enough to maneuver the story through potential pitfalls and illogical overreaches to deliver a film that resolves wonderfully, realistically. The final act does stretch credibility a little, it must be said, and the motivations for Emily’s character (as well as Zeta-Jones’) are flimsy in the face of excessive examination, but the methodical manner in which Soderbergh offers it leaves little doubt that this story is possible, if not probable. The cast do a sterling job, Law and Mara especially so; Rooney Mara’s seductive, fragile, stunning and sexy all at the same time, turning her character into a real hodgepodge of mental afflictions, all of which provoke the plot points forward, while Jude Law’s increasingly confused Jonathan (at least, before he puts the puzzle together) provides an arc which the audience can follow, giving us the impactful emotional content that we latch our hopes against. Compliance actress Ann Dowd has a small role as Channing Tatum’s mother, while Vinessa Shaw is commendably solid as Jonathan’s disbelieving (and eventually leaving) wife. 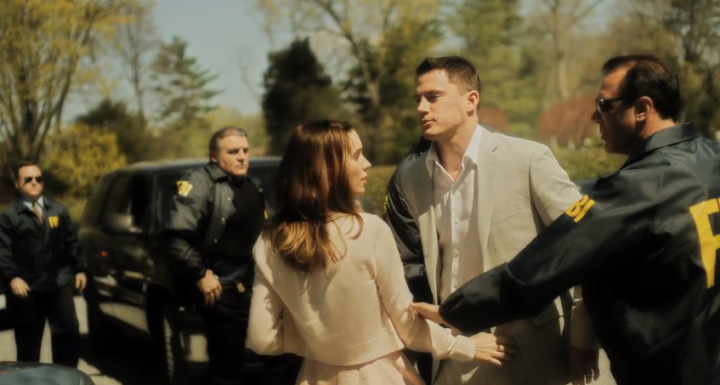 Side Effects is a bit of cinema magic from Soderbergh, and a film I’d recommend for those seeking a more intellectual stimulation. The opening twenty or thirty minutes feel longer than they ought, largely due to Soderbergh’s careful setting-up of all the players in this ensemble, but once the cracking narrative diversion occurs, the film knuckles down and delivers some tense, enthralling dramatic thrills. If I, an avowed non-fanboy of Soderbergh’s efforts, can find something to enjoy about it, then you can too. It’s smart, twisty (sometimes not quite as well aimed as it could have been) and is even occasionally brilliant, and led by two central performances that know exactly what they’re doing. Side Effects is, and I’ll only say this once, a terrifically effective thriller.