Director :   Matthijs van Heijnigen Jr.
Year Of Release :   2011
Principal Cast :  Mary Elizabeth Winstead, Joel Edgerton, Ulrich Thomsen, Adewale Akinnuoye-Agbaje, Eric Christian Olsen, Trond Espen Seim, Kristoffer Hivju, Stig Henrik Hoff, Jorgen Langhelle, Paul Braustein.
Approx Running Time :   102 Minutes
Synopsis:   After uncovering a buried alien craft in the Antarctic ice, a team of Norwegian scientists, together with an American paleontologist, must fight to save themselves against a creature so hostile, so inhuman, it can transform itself into any other creature with perfect accuracy.
What we think :   Laughable prequel to the 80’s Thing (which starred Kurt Russell) manages to be neither scary nor thrilling, instead content to echo many of the similar themes of the film it seeks to respect instead of coming up with its own new ideas. Lead actress Winstead is commendably brave in taking on this project, in what is a thankless, paper-thin role offering little nuance or development. The rest of the cast serve as simple fodder for the alien creature’s appetite, a nameless bunch who shout and scream and stomp their feet with nothing to show for it. It’s hardly a prequel any more than a remake – snazzy visual effects can’t wallpaper over the cracks in the script, and neither can they overcome the fact that the 80’s Thing did this so much better, with less.

It’s a brave man or woman who would tinker with the classics – remaking a classic film, or trying to sequelize it (or, in this case, prequelize it) often meets with either disaster or unmet expectations that flatten audiences enjoyment with the sour taste of inept film-making. Too many franchises or stand-alone films have been ruined by unnecessary sequels, and I’m sad to report that 2011’s The Thing, which is a prequel to the 1982 film of the same name by John Carpenter, follows the trend of being little more than a curiosity, and an inevitable disappointment. In trying to make a film worthy of the title, the filmmakers decided to go the route of a prequel, which as we all learned from Star Wars, is often a bad decision unless your story warrants it. ’82’s The Thing, which had Kurt Russell and Wilford Brimley trying to outwit an alien creature with the ability to mimic perfect reproduction of any living organism, remains a classic of the genre, a cult favorite and a highly entertaining science fiction film in its own right. The Thing here today, the 2011 variant, tries to fill in much of the back-story of the Kurt Russell classic, removing most of the mystery and enigmatic flavors of that film in order to keep audiences of today interested in this one. Whether this is a wise move is probably the key matter of debate over whether this film is indeed a worthwhile enterprise, but for my money, it’s a wasted effort in mediocrity. In saying that, though, you’d think by following the template of the earlier film (which, by the way, was itself a remake of the classic 1951 film, The Thing From Another World) to such an exacting degree might give the modern update at least some modicum of excitement; you’d be wrong. 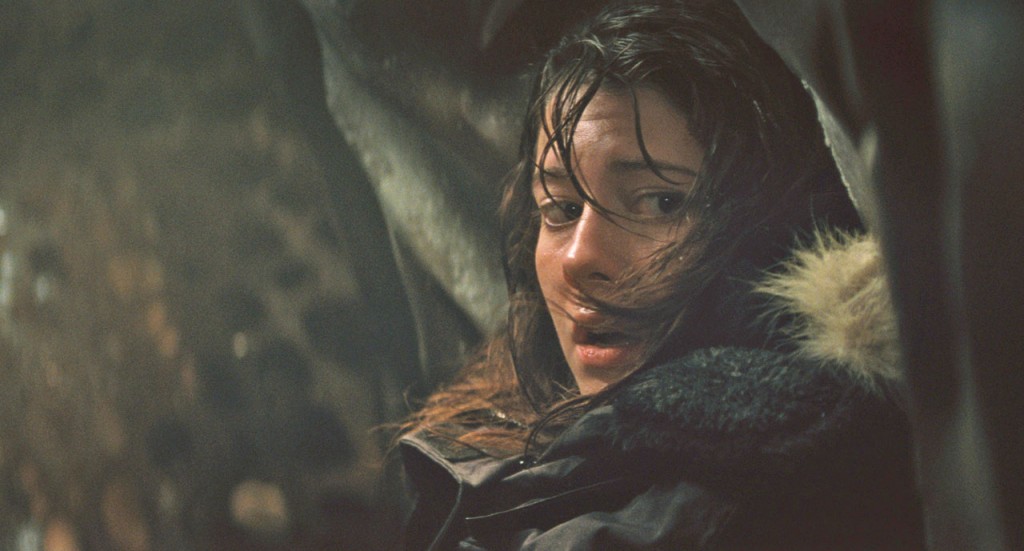 I’ll be buggered if I know how Sigourney ever did this shit….

In defending this film, it’s easy to see why the filmmakers might be drawn to this particular world. After all, expanding on previously hinted at, tantalizing tidbits of story from the previous film is an apple hanging too low on the tree not to pick. I get it, I really do. It’s the audience for this film that people make shows like “Magic’s Biggest Secret’s Revealed” and give away the game, ruining the illusion by explaining hitherto unneeded story points that previously served no purpose other than to create a larger canvas for the cast to act against. I’m not that audience, I freely admit. The Thing is exactly that kind of film, though, in trying to expand the universe established in Carpenter’s film. Had the script been better, or had the story itself been a little more original, perhaps I’d have appreciated the efforts of all involved a lot more, but the fact remains that 2011’s The Thing is a pretty empty hermit-crab-shell of the ’82 classic. I understand why they made this movie, but in hindsight it was probably the worst idea they could have had. 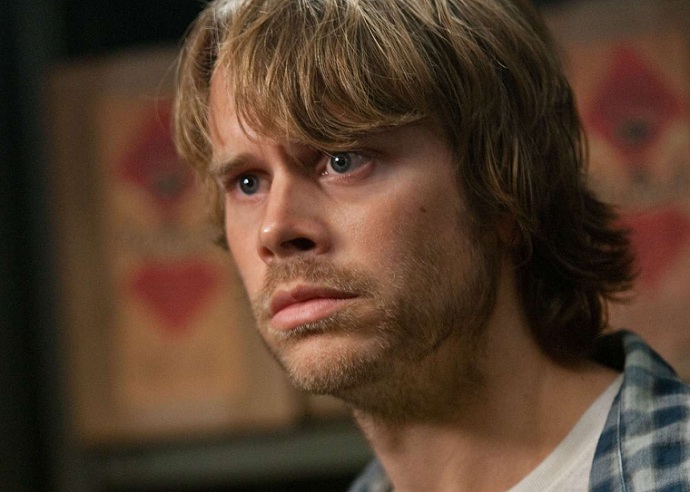 Just not quite what I enjoy….

Simply put, The Thing takes everything that made Carpenter’s film so good and tries to ratchet it up with CGI visual effects, most of which more often than not look as believable as an 8-bit Jar Jar Binks. At times, practical effects are infinitely more effective at drawing chills from an audience in this kind of film, because it’s through this reality that we believe what’s happening on screen. Throw up a (piss-poor) CGI creation and the audience suddenly drops out of the film to focus on how good (or piss-poor) your visual effect is, instead of simply enjoying the story. The Thing’s larger budget afforded the filmmakers the luxury of having more control over potentially problematic puppets and electronically controlled creatures, although this argument is flaky at best and simply disastrous at worst. The creatures here seem to be a mixture of both practical and CGI, and while at a few moments I legitimately wondered which was which, more often than not I could tell – and it ruined the movie.

Anybody else get that weird feeling we’ve seen all this before?

Not that the film’s visual effects department should shoulder the blame for this movie’s failings; as we know, a good film lives and dies with the foundation: the script. Eric Hessirer’s screenplay is about as generic as they come. Plodding characters, development shorthand and some daffy decisions undercut any tension or excitement the film might have enjoyed. The number of characters I found interesting in this film came to a grand total of zero. Poor Mary Elizabeth Winstead’s Kate, as bland a paleontologist as there ever was, who transforms from bespectacled science hottie to flamethrower-wielding Linda Hamilton within ten minutes of things going pear-shaped, has the unenviable task of being our link into the science of this film. She’s the one who discovers the “power” the creature has, and must convince the inevitably disbelieving gaggle of fellow scientists in order to save themselves. Ulrich Thomsen’s uneven businessman/scientist, Halvorson, wavers between doing the right thing, and doing the worst things, although the script never seems to know exactly what to do with him. It’s like he’s an enigma of character, listless and unrestrained by the script, as if Hessirer couldn’t figure out how bad to really make him.

Joel Edgerton (an Aussie, yay!) does his best with limited material, which is a shame because I figured him to be this films version of Kurt Russell. I can’t remember the who’s and where’s of the rest of the cast, because the script does so little with them to make them memorable. They’re all walking dead anyway, if you know anything about the franchise, but I expected a little more creativity from the screenplay than Shouting Norwegian, Beardy Norwegian, Speaks-No-English Nowegian et al. Sure, they all provide adequate performances for their relatively little screen-times, but by the time the film winds down to its final act, you’re simply biding time until the Boss Level showdown between Winstead and the Main Alien. There’s no emotional investment anywhere in this film, whatsoever. It’s as bland as butter. 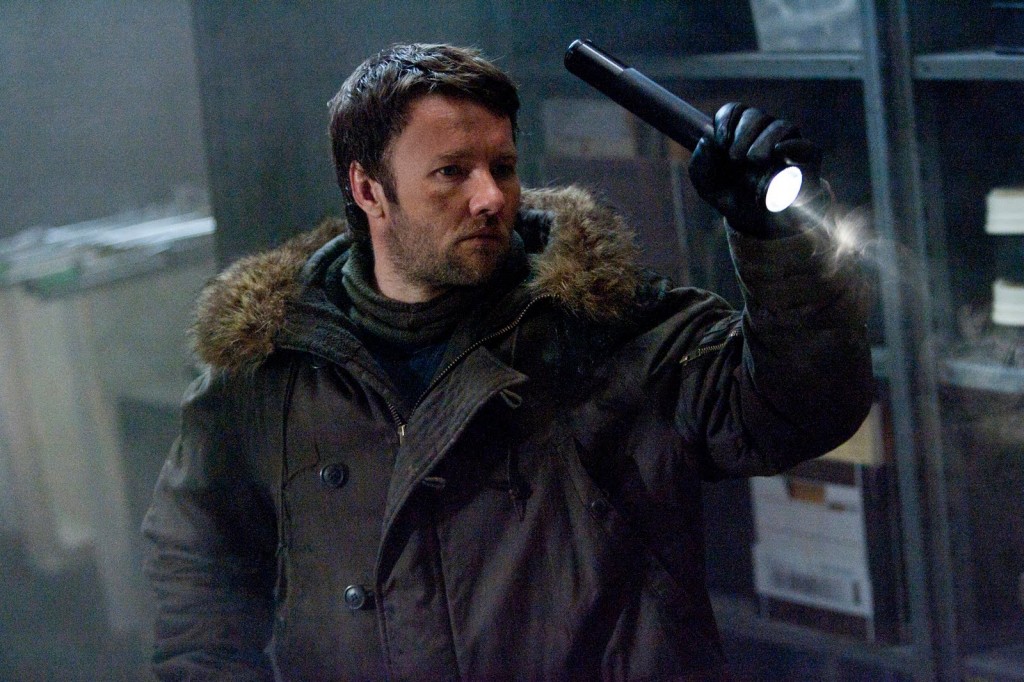 I knew I left my credibility over here somewhere…

Scripting aside, director Matthijs van Heijningen does a really good job capturing the look and feel of Carpenter’s movie, and delivering an atmospheric, moody and often quite epic visual experience. The icy Antarctic station complex the film is set in is labyrinthine, often cast in shadow, and almost entirely utilitarian, and yet van Heijningen doesn’t use it as well as he could have to build tension. In ’82, Carpenter used a lot of focus pulls down lengthy corridors to set the mood, allowing the mind to start playing tricks by inserting the idea that “there’s something around the corner”….. van Heijningen has little time for such subtlety, which is a shame. Also problematically for the film is the lack of genuine scares. A few “boo” moments work partially, although any connoisseur of horror films, or thrillers, will anticipate with unnerving accuracy these moments and feel annoyed that they can do so with such ease. Marco Beltrami’s unsettling score is appropriately eerie, but its overbearing overuse and vertiginous strings screeching actually starts to annoy.

You expected something….. cool?

With all the potential at their disposal, I’m annoyed that the best van Heijningen and his crew could come up with was a mere retread of Carpenter’s classic. This update takes us nowhere new, offers little surprises, and seems a little self serving – it’s like they just wanted to be clever enough to make a film that linked to the beginning of the ’82 Thing, and that’s it. The Thing 2011 is a missed opportunity (in a long line of them in recent years) that frustrated more than it entertains. It’s not a horrible film, no matter how much I’ve ripped into it; it’s competently shot and acted, and the basic premise is bog-standard sci-fi as you can get, but there’s a sense of what might have been that just hangs over the entire movie like a blanket. For those entertaining the idea of settling down for some good scares of an evening, I’d suggest putting your money somewhere else. This Thing isn’t quite going to get the job done.