Jessica E is a long-time film blogger over at her own site, The Velvet Cafe, and it only seemed natural that we prodded her into action when it came to Worst Film Week – we made her an offer she couldn’t refuse! No, not really, but we did grovel and beg rather conspicuously at her doorstep in the hope that she’d write something for us. And she has.

After you’ve read this, make sure you trot on over to The Velvet Cafe and catch up with all of Jess’s other work; we’re sure you’ll love it (and her) just like we do! And of course, we shout out a big “thank you” to Jess for contributing to Worst Film Week this year!

Five ways to make sure I’m going to hate your movie.

Did you know that studios not always want their film to make profit and become a huge success at the box office? Sometimes it can serve them better to make a loss.

At least that’s what I was told by a guy I met at a recent meet-up with sci-fi fans where I live.

Sadly I never pressed him on details or sources to back up the statement. But as far as I got it, this was something that had occurred back in the days and it had something to do with clever account management. Insurances, tax reductions, whatever.

You know you never should check a good story and I have no intention of looking closer to this one. Perhaps it’s just an urban legend. Maybe there is a grain of truth in it. Regardless of which, it sparked a fun little discussion about what a filmmaker needs to do in order to keep the audience at a minimum, maximizing the profit.

A part of this is obviously to make the movie as bad as possible. So I started to think about what features in a movie that I dislike so much that I’ll avoid watching it, provided I know about them, or to spread the word about how crappy it is to others in order to deter them from wasting their money on it.

And film blogger as I am couldn’t refrain from making a list. So here you are: five things to do if you want to make sure I’m going to hate your movie.

1. Make sure your film wouldn’t pass a Bechdel test.

If you have to include any female characters at all, make sure that all they care about is men and how to get their approval. Make them clueless, vulnerable and giggly. See to that their asses and cleavages are properly exposed and have them stumble around on high heels, regardless of which situation they are in.

(In case you’ve forgotten about Bechdel tests: the film has to have at least two [named] women in it who talk to each other about something besides a man.)

2. Be generous with the stereotypes.

Include them all. Let the prejudices flow. Be racist, be ageist, be sexist, let your homophobia loose. The sky is the limit.

3. Refrain from jokes that require an ounce of intelligence to understand.

Jokes should include farts with puke and pee for variation. And tits. Don’t forget to include gags about someone who gets his balls hurt or who is in fear that this will happen. Repeat all jokes. [Sounds like any Adam Sandler film you care to name – Ed.]

Give attention to the voices so they don’t match the people on screen. There mustn’t be any lip sync.

5. Make it in substandard 3D

This is probably the best trick of all. There’s nothing that can make a film look as crappy as 3D. You don’t just get a dark and blurred image; it even gives some people headaches. And when you raise the ticket price to 50 percent above the normal, you can be pretty certain that I’m going to hate you for it. Please notice that you shouldn’t use proper 3D cameras while shooting. Add the 3D after you made the movie, so you’re sure that all characters look like cardboard figures acting against a film background.

The question is: am I representative? Would a film that followed my five points bomb at the box office?

To be honest I’m not entirely sure. I actually think that a movie that follows this advice might do very well. But maybe I’m wrong, underestimating the intelligence of the average movie goer. I hope so. 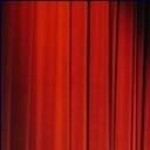 Jess hails from the Scandinavian country of Sweden, and is one of the preeminent bloggers on film going around. Her blog, The Velvet Cafe, is essential reading for anyone with more than a passing interest in film, so go check it out. She hates self promotion, so I’m doing it for her. Her positive outlook on life and films means she’s very rarely negative, which is itself a wonderful positive about her.