Warning: You Will Want to Spank This Monkey

I have spent an inordinate amount of time with this Monkey and will be analyzing the intimate bits I have seen and scenes I am still ashamed to admit I watched. Read on only if you have already met the Monkey or don’t plan to.

As Sir Rodney honored both my altar-egoist Al K Hall and myself with invitations to contribute to his Worst Film Week, he and I have decided to make a sport of it.  We shall submit competing reviews of The Worst Movie Of All Time, each in our own, inimitable styles, and ask his good readers to decide which of us is right.

Before I go any further, yes, Funky Monkey is a children’s movie. This, however, doesn’t mean the acting need be childish, nor the directing juvenile, nor the script sophomoric. Forcing a tot to sit through an entire viewing of this immature production is akin to child abuse. Children deserve quality entertainment just as much as adults, more so, even. Force feeding our future fast film fare will merely skew their tastes, and ruin their appetite for cinema later.

0:02:29 Matthew Modine… Imagine how ashamed he must be about this movie. Hell, even the monkey was so embarrassed he had to run away from this circus and join American politics.

0:06:34 Alex McCall (Matthew Modine) spends months training a monkey to do international spy missions, yet when the training is over, he asks the top secret organization what they plan to do with the monkey. Does he not see they intend to torture us by making us watch this?

0:14:22 “Speaking of hairy and grunting things…” That may very well be the best line of the entire film.

0:19:57 The monkey laughs at the jokes. And here I thought it was supposed to be super intelligent…

0:22:32 A guy getting kicked in the testicles by a monkey. Good one. This film is the inspiration behind the concept “Straight to DVD”.

0:25:19 Why have I never seen any of the actors in this movie in any other movies? The answer is in the question.

0:27:37 “No more monkeying around.” I’ve got to give them credit. They held off on this joke for half an hour and I made the “Spank the Monkey” joke right in the first caption.

0:30:04 A chav on a skateboard steals a woman’s bag and rides away. In the meantime, the monkey honks the horn of his truck, waits for Alex to come, Alex has to run over from the terrace he’s sitting at and when he finally arrives, the chimp points towards the direction of the incident and the skateboarder is still in the exact same place, still making his getaway. WTF!? No child is stupid enough for this movie.

0:42:10 The pretty high school cheerleader (Kaleigh Krish as Christina) kisses his monkey on the head just after meeting him. That’s love, that is. “If you really loved me, you’d kiss my monkey…”

0:43:32 The motorcycle gang attacks 11-year-old Michael (Seth Adkins) in a park during daytime. There’s one gang that doesn’t care about its reputation. #Hecks _Angels.

“Give me all your monkey!”

1:01:16 The mother (Roma Downey) managing the Haunted House is watching 3 Asian men attack her son in the middle of the attraction and she just stands there? WTF!?

1:05:53 “Instead of having these animals walking two by two, we’ll have them walking to war.” That is a direct quote. Honestly, how does the writer not wake up in the middle of the night screaming from the nightmare of having put that line on paper?

1:09:30 Gilbert Gottfried? From bad to weirder. I guess a monkey is just one more thing he’d do for a buck.

1:17:08 Where was the mother while her child was kidnapped and being kept in a cage by Evil Agents? At a high school football match, watching other young boys, not caring her son wasn’t there. I’m thinking the movie may be about monkeys but the mother is a cougar.

1:20:12 Grown men wearing American football uniforms go on the pitch and no one, not the coaches, not the parents in the stands, not the kids on the field, no one, stops them.

1:22:53 Now the monkey and the men who want to capture him are all on the field, but instead of fighting to capture the chimp (which, may I remind you, is the entire storyline of the film), everyone continues playing the game.

1:25:49 “Stop that monkey boy!” Quotes like that are what make this movie bearable. OK, almost bearable. Well, let’s just say I’ve put the gun down and am pulling my head out from the oven. 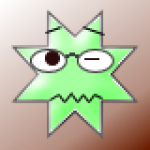 Saint Pauly is relatively new on the blogging scene, but his razor sharp observations about film (especially while he’s watching them) are often hilarious, always funny. Check out Watch The Film after you’re done here, I’m sure Pauly would love it!!!