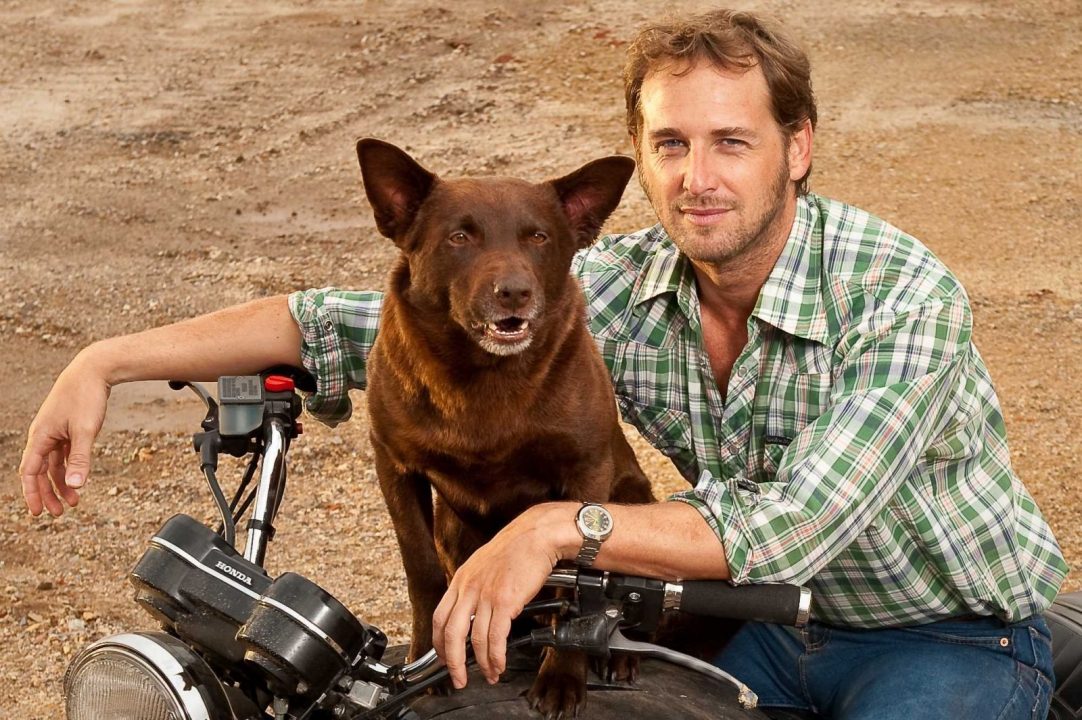 Director :  Kriv Stenders
Year Of Release :  2011
Principal Cast : Josh Lucas, Rachel Taylor, Noah Taylor, Keisha Castle-Hughes, Loene Carmen, John Batchelor, Luke Ford, Arthur Angel.
Approx Running Time :  90 Minutes
Synopsis: A man traveling through the Pilbara region of northern Western Australia befriends a dog, and in doing so becomes a story of legend throughout the land.
What we think :  Beautiful, emotional, hilarious story of the small outback town of Dampier, Western Australia, and the inhabitants who live there – and how their lives revolve around the existence of an un-owned red dog (named, amusingly, Red Dog – Aussie’s are sooo creative, right?) and the effect he has on those he meets. Gorgeously shot, this film reeks of Australiana, something I usually have issues with because it’s almost a kind of cultural cringe to avoid watching our own product – it’s also a problem the local industry has long struggled with.

In the entire history of Aussie film, there’s not too many movies to come out of our country that I’m as proud to recommend to foreign audiences as Red Dog. The film is redolent of all things Australian, although unlike many international product (*cough* Crocodile Dundee *cough*) is in no way demeaning to our culture. It basks in its own mythology, is self-aware and yet completely devoid of that fourth-wall-breaking comedy mentality many Aussie “comedies” have – although this isn’t a comedy. Audiences might suggest that it’s a complete concoction, a near-past fairy tale of sorts, told with typical Aussie larrakin spirit, but you’d only be half wrong. Red Dog, even some of the more fanciful bits, is based on the real life adventures of a wandering red kelpie who made the red sands of the Pilbara region in far north-west Australia his home. Much of his story has been told before, albeit in novel form, with a number of locals cobbling together a collection of yarns (stories) from those who knew the animal best – the miners and inhabitants of the small town of Dampier, WA: this film represents a dramatisation of the similiarly titled novel Red Dog, by Louis de Bernières, and captures the flavor and local spirit of the story with an almost effortless charm and warmth.

A long-haul truck driver arrives at a pub in Dampier, WA, only to discover a small group of men are about to euthanaise an elderly (and possibly mortally ill) dog. The men, while seemingly hardened types who wouldn’t think twice about shooting a dog, can’t bring themselves to kill the animal, and they retreat to the bar and proceed to relate anecdotal stories of the legend that is Red Dog to the driver. Red once roamed the vast wilderness of the Pilbara, a will-o-the-wisp spirit who wasn’t tied down to an “owner” and who became part of the local folklore due to his wandering ways. His status as the towns mascot grew thanks to the love of those he encountered, including passing American John Grant (Josh Lucas), the man who eventually became Red’s true master – and the closest thing to an owner the town had seen. Grant’s involvement in Dampier also included a romance with Nancy (Rachel Taylor), a local Aussie lass who’s hard-as-nails and soft as butter in equal amounts. Fellow Dampier locals, including publican Jack (Noah Taylor), Rose (Keisha Castle-Hughes), Peeto (John Batchelor) and Vanno (Arthur Angel) continue to add in their own elements of Red’s story, including his legendary battles with Red Cat (a mean, nasty local feline with whom Red engages in Looney Toons-styled combat) and the eventual outcome of the romance between Grant and Nancy.

There’s a number of adjectives one could use to describe the feeling of watching Red Dog: heartwarming being the most appropriate. Red Dog is hilarious, sad, moving, dramatic and entertaining in equal parts, combining a genuinely wonderful cinematic tonality with one of the better Aussie yarns going around. We don’t have too many mythological stories to call our own, here in Australia: we have the Bunyip and other Aboriginal Dreamtime myths, but none we can lay claim to being of European origin. Sure, there’s the eponymous Swagman of Banjo Patterson lore, as is the Colt from Old Regret, but they’re not tinged in reality (at least, not to my knowledge) the story of Red Dog is. Aussies love a good underdog story (if you’ll pardon the pun) and Red Dog is the very epitome of one. The characters are fairly thinly written, which is something of a shame because they are utterly fascinating in their limited highlights within the film’s narrative, and even though we don’t really get into their backgrounds (aside from Vanno) you get the feeling that there’s more to them that what’s presented. The flashback style of the film does lend itself to a somewhat episodic narrative, and yet this never seem to hinder the flow of the story overall – Red Dog is treated as a heroic legend by all who speak of him, and in most cases we’d be asking to see some of this heroism and legendary nature to find this emotional connection ourselves; Red Dog, however, rises above this in a way that subverts convention, because the central figure is a four legged creature we will naturally develop an affinity for by default. It’s inbuilt into our DNA to love any cinematic creature with ruffled fur and curious eyes.

Director Kriv Stenders brings an assured eye to what is a truly lovely film to look at – the Pilbara vistas are indeed magnificent, and the semi-low budget nature of the film is exorcised with inspiring camerawork that enhances the widescreen scope of the story. The land Red inhabits is amongst the most inhospitable and beautiful anywhere in Australia, the red ochre dirt and sun blemished horizon evoking the required sense of grandeur in which to place his story. Stender’s sense of timing is impeccable, from the comedic to the dramatic, all nuanced and elegantly crafted in the editing room, as is his use of cinematic shorthand to get a variety of points across. Especially the montage. Nothing works in a film this grandiose better than a good montage, and Red Dog has plenty. Team America might argue, but I think in this instance, the montages work.

The cast are all excellent, with a charming leading man performance by Josh Lucas as John Grant (a fictional parrallel to the real life John Stazzonelli, on whom this character is based) and an equally well-rounded turn from Rachel Taylor. Taylor might be familiar to international audiences for her work in the original Transformers flick from Michael Bay, as well as recent series’ of Greys Anatomy, but here she turns in a non-Hollywood performance. I’ve always found her to be a somewhat aloof actress, with a sense of inaccessibility that prevents me from feeling the truth in her roles, but in Red Dog the walls come down and she does us proud. Noah Taylor, best remembered by US audiences as one of Lara Croft’s assistants in the Angelina Jolie-starring franchise, is a gruff and grumble type as the local publican, while the rest of the cast will be virtual unknowns to folks away from our shores. It’s more an ensemble film than a “leading actor” work, and I think Stenders has brought together the perfect blend of tough-nut, slapstick, romantic characters to portray the roles in this film.

It’s hard to review this film without divulging the various story moments that will delight and break your heart; suffice to say, Red Dog is a heartfelt, heartwarming fable of love, loss, and fighting a cat, and I can’t recommend it any higher as one of the great Aussie films in recent years – the Aussie spirit is deep within this one, and while normally our humor and style doesn’t always translate across international waters, I think Red Dog will subvert that thinking in this instance. Red Dog is a terrific, terrifically watchable film for all ages, and it’s the kind of film that makes me glad to live here in Australia.