Movie Review – Millennium Trilogy, The: The Girl With The Dragon Tattoo (2009)

Director :  Neils Arden Oplev
Year Of Release :  2009
Principal Cast :  Noomi Rapace, Michael Nyqvist, Sven-Bertil Taube, Peter Haber, Björn Graneth, Ingvar Hirdwall, Lena Endre, Peter Andresson, Marika Lagercrantz.
Major Award Wins :  BAFTA Awards – Best Film Not In An English Language. Nominated for Best Actress (Noomi Rapace) and Best Adapted Screenplay.
Approx Running Time :  152 Minutes
Synopsis:  A magazine writer and a secretive computer hacker band together to hunt down the killer of an old man’s niece, some 40 years after the event. As they start to dig, and begin to uncover the shocking secrets held by the family over the years, the danger begins to mount.
What we think :   Astonishingly good crime thriller from Sweden, with Rapace and Nyqvist holding it all together through the wonderful direction of Neils Arden Oplev. As unfamiliar as I am with the source material this film is based on, The Girl With The Dragon Tattoo is as close to a perfect adaptation of a book as I’ve ever seen. The film is tense, mysterious, occasionally creepy, and altogether sublime in its execution, and I cannot recommend it more highly for those willing to give it a shot.

You know what I like in a good mystery film? The fact that the characters in it aren’t imbeciles, and the threat they face is real. The Girl With The Dragon Tattoo is based on the first in a planned series of ten novels from Swedish author Stieg Larsson, although since Larsson’s death in 2004, only three of the novels were ever completed. The second and third books, respectively titled The Girl Who Played With Fire, and The Girl Who Kicked A Hornets Nest, have also been made into film versions in Larsson’s home country of Sweden. I have not read the novel this film is based on, so comparisons between book and film will be unavailable during the course of this review – and although I’m normally keen to discover just how literal a transposing of text to images ends up being, in this instance, I’m prepared to judge the film on its own merits. The film’s title is a bit of a misnomer, because the film has very little to do with tattoos; it’s title is a reference to the large dragon tattoo central character Lisbeth has across her back. The literal English translation of the original Swedish title, Män som hatar kvinnor, is actually Men Who Hate Women, and if that gives you some indication as to where this film goes, you’re doing better than I did when I started watching. There are moments in Tattoo that are not easy to watch, although they are key to the arc of each of the characters in it. I guess it should be obvious by now that this isn’t an English language film – it’s in Swedish, so you seppos out there will have to read subtitles. Suck it up. The characters in Tattoo aren’t idiots, as they attempt to solve this mystery, and the dread malevolence soaking from the screen in this is palpable from the first frame. It’s a well made thriller, a well made mystery, and sets up the characters for the intended films that follow. 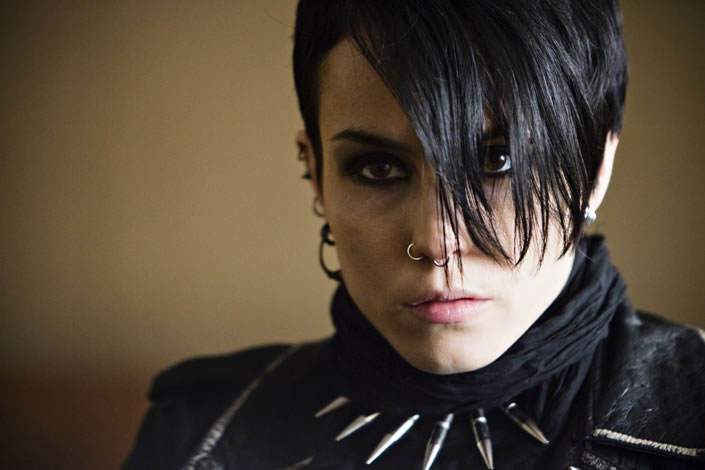 You oughta see the other chick!

Mikael Blomkvist (Michael Nyqvist) is the publisher of a controversial Swedish magazine, entitled Millennium, and he’s just been found guilty of libel against a powerful businessman. Blomkvist claims he was set up, yet he’s still found guilty. In the six months prior to his requirement to serve a custodial sentence (it’s a strange thing – apparently you don’t have to serve your sentence immediately, just like Lindsay Lohan), Blomkvist is seconded by another wealthy businessman, Henrik Vanger (Sven-Bertil Taube) to solve an old family mystery. Back in the 60’s, Vanger’s young niece Harriet (played as a young woman by Julia Sporre) went missing, and the family assumed she’d met with foul play. Vanger tasks Blomkvist with discovering what 40 years of policework and family intuition could not – the final fate of Harriet, and who exactly killed her. Initially skeptical, Blomkvist begins to dig into the family history, and starts to uncover some sinister secrets long buried in the past. Meanwhile, a young woman who works as a secret computer hacker for a security firm, Lisbeth Salander (Noomi Rapace) turns the tables on her rapist state-mandated legal guardian, who has tried blackmailing her for sexual favors in order to obtain her own money. Salander slyly hacks into Blomkvist’s laptop, and via a surreptitious email, points him in the right direction to solve the mystery. The pair team up, with the anger-driven Salander assisting Blomkvist as the clues lead them to the most horrifying family secret they’ve seen. 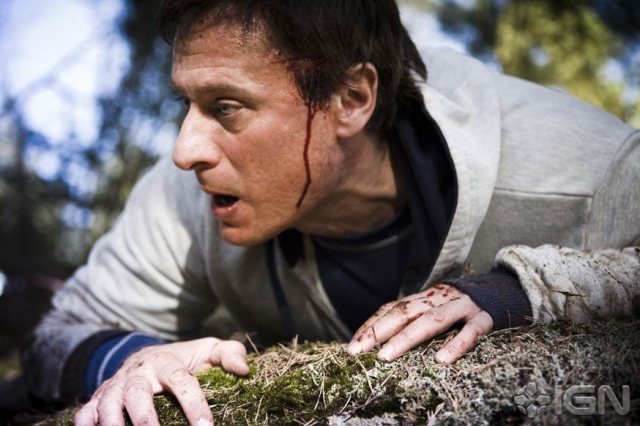 This is a magnificent film. It’s worthy of the critical praise heaped upon it, and it is one of the best crime thrillers I’ve seen since the new millennium, and I don’t say that with any sense of irony. Larsson’s characters must have leapt off the page for them to warrant a big screen adaptation; here, those same characters leap of the screen as well. The two leads, Nyqvist and Rapace, are both well cast and perfectly capable actors, and they step up and deliver a truly mesmerizing performance in each scene they’re in. Rapace, in particular, sears the screen with her ferocity and chemistry, delivering an angry, rage-fueled Lisbeth to the story with precision. Every time she’s on the screen you get the sense something is going to happen, and it invariably does. Her takedown of her attorney rapist is a particular highlight – even within the terrible context in which it happens – and she delivers a powerful feminist blow for violence towards women. Equally as good is Nyqvist, as Blomkvist, with a softly spoken manner and effortless charm, he strikes me as a Swedish George Clooney, he has the same screen temperament. Nyqvist does a solid job as the films primary focus, and as I alluded to earlier, his chemistry with co-star Rapace is indeed tantalising. There’s a spark between them, and it burns off the screen. 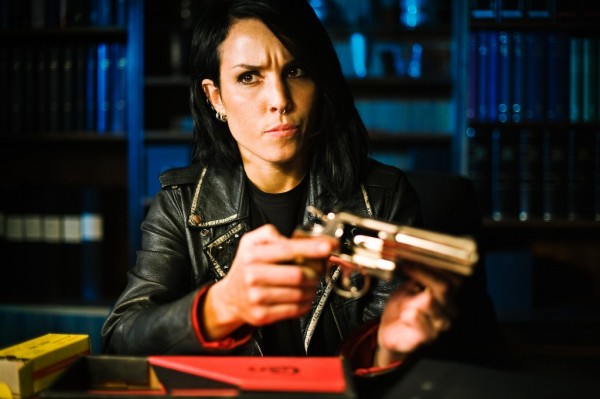 The direction from Neils Arden Oplev is wonderful. Oplev knows how to draw the tension in a scene, and he balances the sublime horror of what is uncovered with the thriller aspect of the narrative; this isn’t a film moving at a fast clip, instead it’s a balance, nuanced examination of men and how they treat women (in a roundabout kind of way) and of how the past will always catch up with you. His camerawork is excellent, use of framing is both intimate and epic where required, Jacob Groth’s score is indeed sublime. Where the most credit goes, however, is to the editor Anne Østerud. Østerud’s ability to carve out a perfectly nuanced scene is wonderful, she crafts each moment of this film with exquisite timing and skill, allowing the story to build and build to an almost unbearable climax. The little moments between Blomkvist and Lisbeth, for example, are not obvious moments, but subtle, crafty ones, and Østerud seems to let us in on their relationship a little piece at a time. As somebody who pays close attention to the editing of films (I always wanted to edit features) I think this is a true highlight of the movie. The editing, mixed with the great sound mix and use of Groth’s score to punctuate the occasional violence, ensure Tattoo is a very fine film indeed.

I still don’t see where I fit in…!

I was fully prepared to have mixed feelings about this one, dear reader. The immense critical acclaim I’d heard of going into watching this was, to my mind, an insurmountable hurdle from which this film’s subtitled affairs might not escape. I’m here to deliver my final verdict, however, and it will be delivered in English. The Girl With The Dragon Tattoo is an amazingly good film. It has heart and soul, it has characters you care about, and the mystery is well written and truly horrifying. Some folks may find it a little lengthy for their Hollywood liking, but for those prepared to immerse themselves in top quality film-making, the reward will be immensely satisfying.

In Movie Review, The Millennium Trilogy